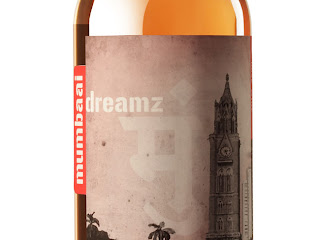 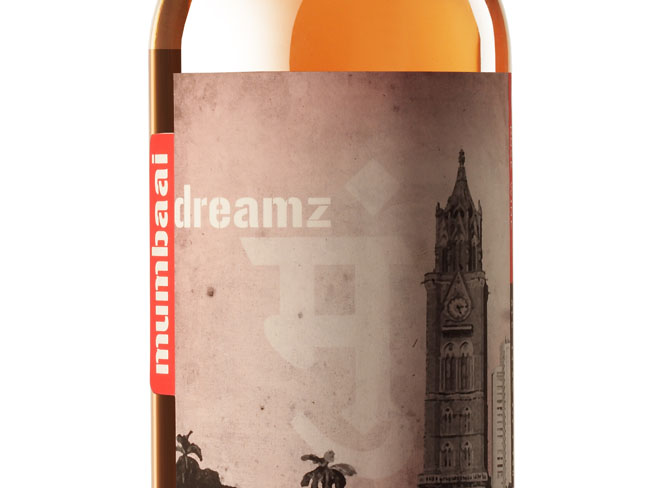 The “Mumbaai D” was designed to strike an instant rapport with the common man, an average Indian.

Though the physical attributes of the wine were maintained at traditional Bordeaux, the amber color bottle was a deliberate attempt tried for the first time in India. As Indians we are brought up with the memories of this colour, as a hallmark shade of the bottle of our childhood cough syrup or the omnipresent beer bottles strewn around the neighborhood kabadiwala. The amber, unlike the traditional green did not come with a baggage of snobbery and developed a better bond with the janata making the wine native and more approachable than her reputation otherwise.

The sheer metal screw caps signify the rawness of the metal used as utensils in traditional Indian kitchens. The bare metal also reflects the austere surface treatment of our trains, buses and other means of daily commute.The smart neck tag however makes a statement, flaunting the style and chutzpah of Mumbai.

The labels are conceptualized to immortalize the city and freeze her images which are fast changing colours and characters. Of the two elements which describe her identity, the monuments rekindle the sense of belonging and the mode de transport reinforces the common bond which binds every mumbaikar from a jet setter to a road squatter.

The shimmering “mu” in devanagari brings out the exotic Indian flavor, a la desi tadka style.

The labels capture the shades of the city at different hours. The early morning locals trudging out of CST station, the ubiquitous BEST buses enjoying mid noon siesta at University depot and the late evening taxis hustle at Flora fountain.
The bright colours of the back label contrasts the grunge look of the front, a symbolic play of dull and bright moments of the city life. The graphic silhouette of Maharashtra marks Mumbai and Igatpuri Climbs in a lotus formation, the insignia of Indus vineyards.

Mumbaai Dreamz is first of the series acknowledging the spirit of the ordinary citizen and his contribution in shaping the character of the city that we proudly represent. 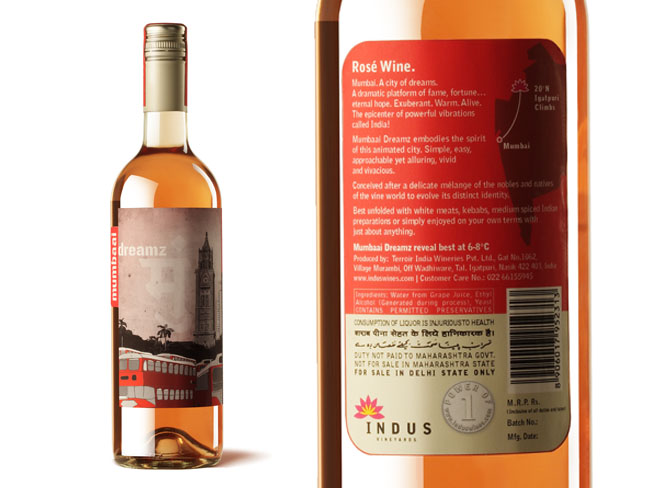 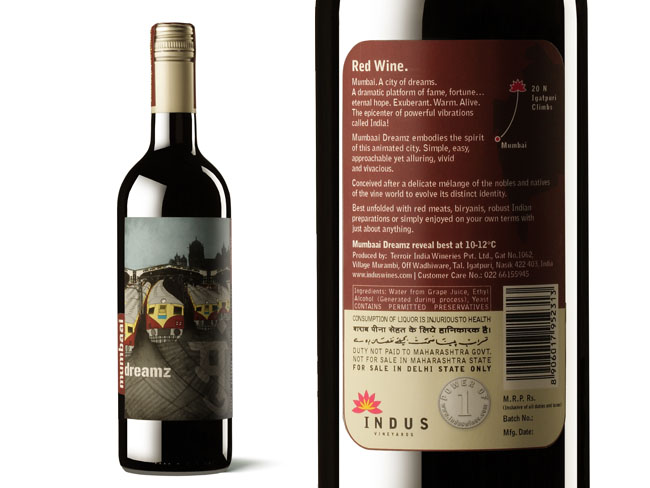 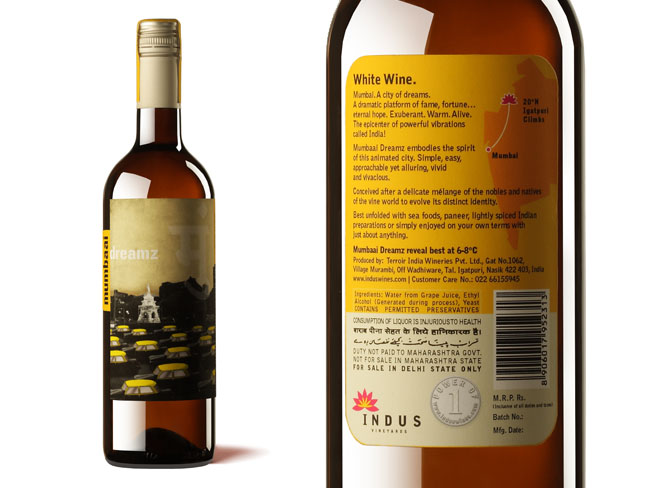