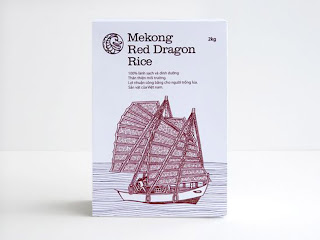 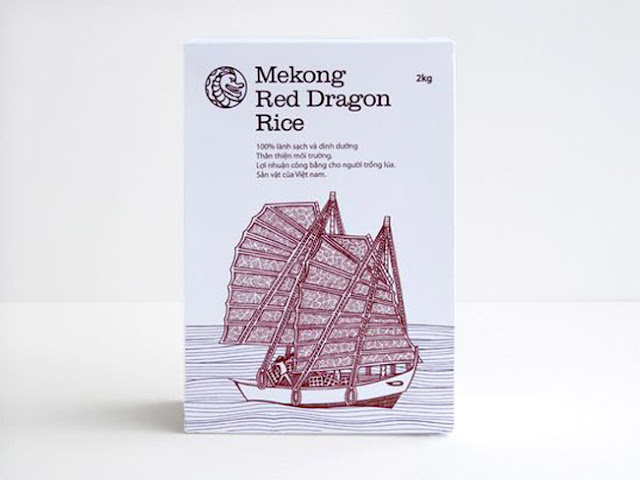 Vietnamese folklore tells us that a benevolent dragon resides in each of the nine mouths of the Mekong River. It is in the hillock areas of these fertile Delta lands that the unique strain of dragon blood rice grows full and lush.

The rice is Eco friendly and Fair Trade. Furthermore husking, sifting and packaging are done by local villagers creating additional employment. It is also healthier Rice; during the husking process, the bran layer is only partly removed, as it is within the bran layer that the majority of beneficial nutrients are stored.

The simple design balances with the traditional illustration (by the brilliant Andrew Denholm) which uses the Mekong river to weave the journey of rice as it is grown, harvested, transported and sold. Mekong Red Dragon Rice is available to buy in supermarkets in Vietnam from April 2010. It will also available online at www.xanhshop.com. 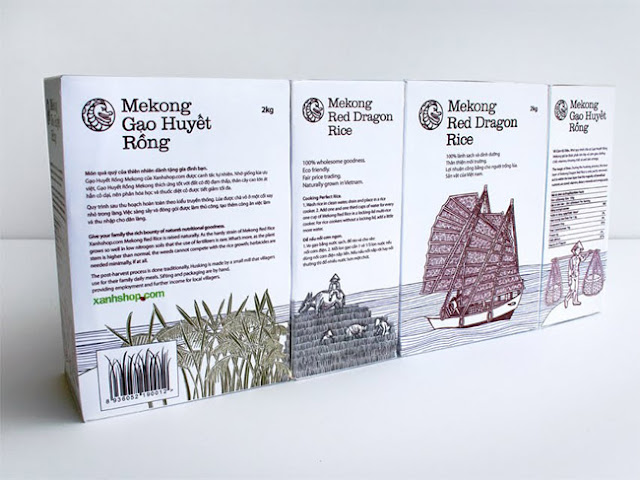 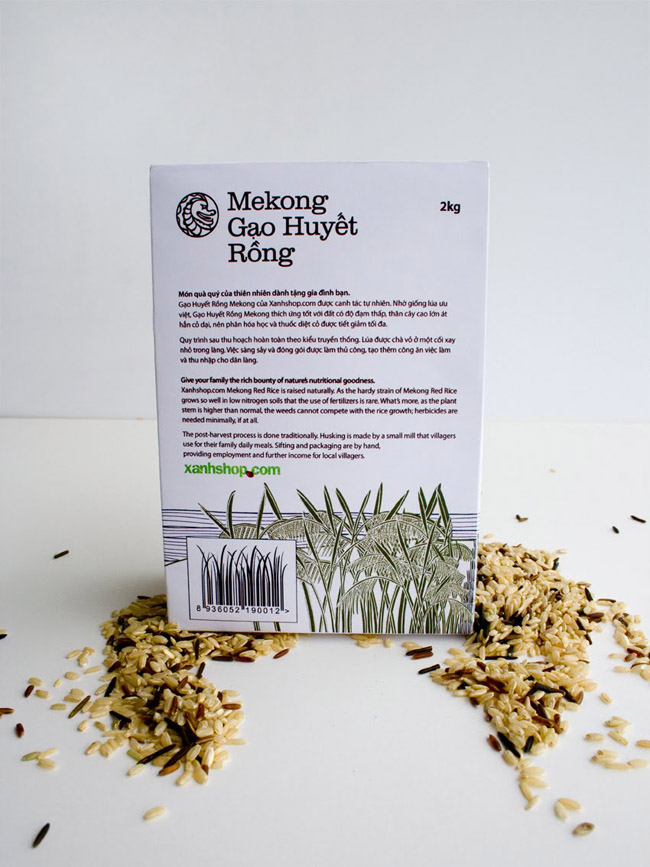 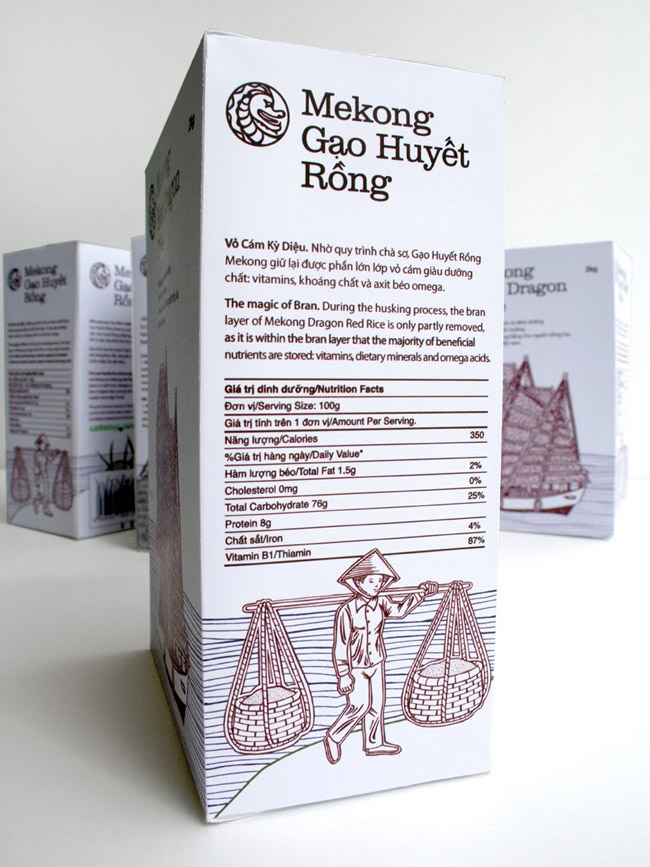