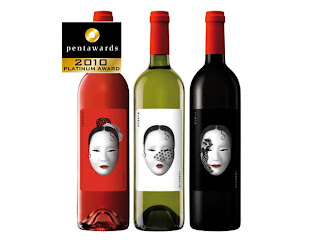 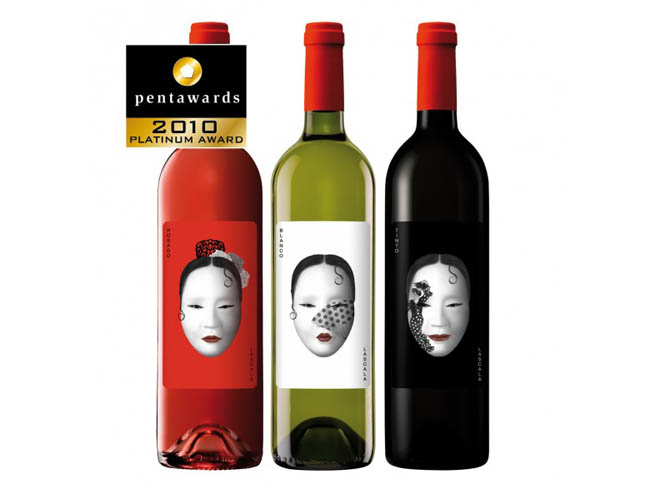 Designed by Eduardo del Fraile, Spain. This wine packaging won the best of the beverages category. For more winners please visit the Pentawards 2010.

Introducing Spanish wines to the Chinese market is no easy task. French wines, which are in the majority at present, opted for the path of tradition, by keeping their own identity and authenticity. Eduardo del Fraile opted for the path of culture and of blending Spanish and Chinese traditions.
Lascala, as the range is known, is the word used in China to refer to the theatre. On the bottles, Asian faces made up in white symbolise China, a lock of curly hair on the brow, symbolises Spain. Rosé wine (La Peineta – The Comb) shows a Spanish traditional diadem in the hair of a Chinese woman. White wine (El Abanico – The fan) mixes this typically Spanish (but also Asian) accessory in a very creative manner. On the red wine (La Bailaora de Flamenco – The Flamenco Dancer) the silhouette of the woman dancing stands out in black on a face made up in white. The typography also mixes Eastern and Western traditions, as the Western alphabet is treated vertically as are Chinese signs.
Finally, the bottles are covered with a tissue paper printed with red dots in reference to Flamenco dresses and shoes: A mix of the ying and the yang for the hardness of glass and the lightness of tissue paper. 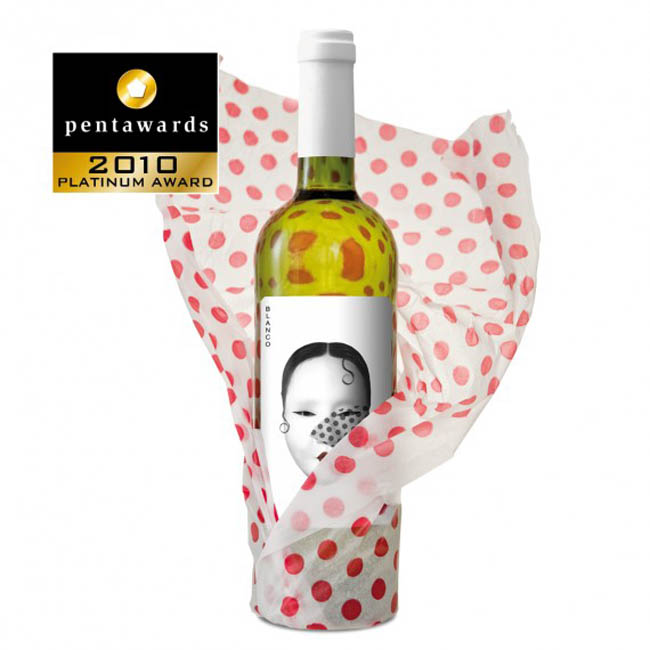 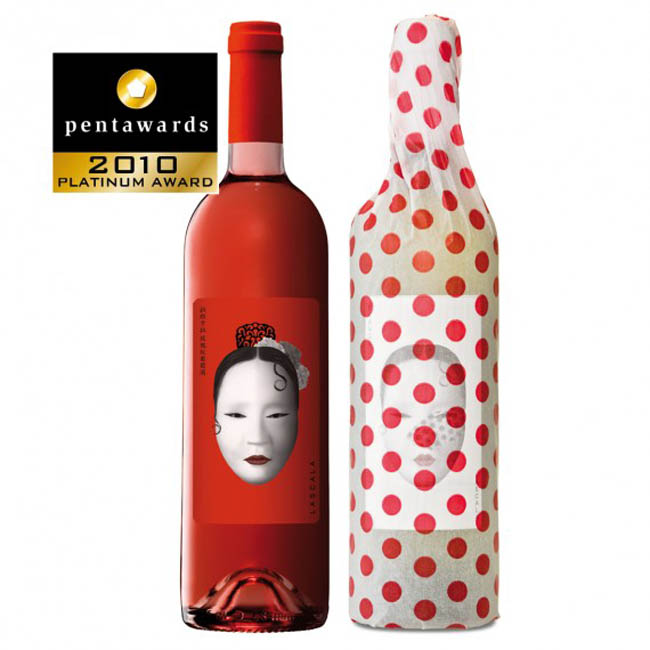