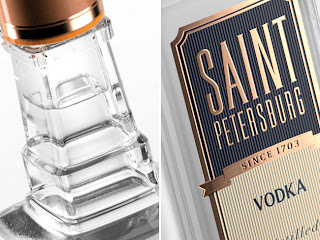 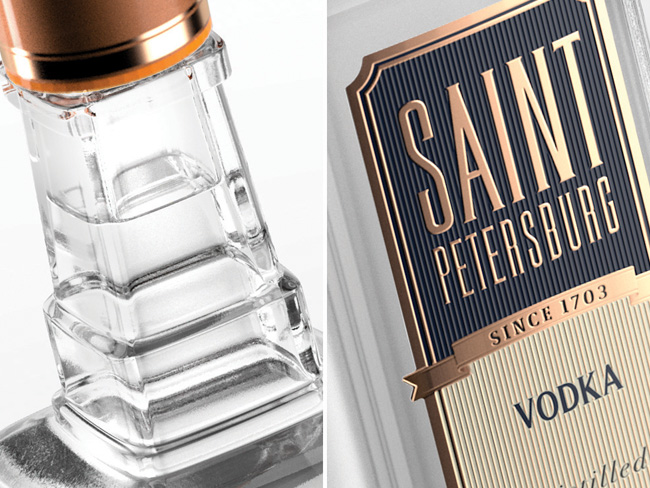 One of the first novelties in St.-Petersburg vodka distillery “LIVIZ” range, which has finished its re branding.

One of specific features of the bottle is a square bottleneck – the first innovate decision in the world for such production.

All updated products in the GK “LIVIZ” range have developed by Sergey Lelikov and his «Lelikov & Partners Brand Bureau» agency in Moscow. Each product was developing in the complex, including creation of the new individual form of glass for all SKU, stoppers, design of labels, bringing all products to flow-production, working out of slogans and individual images, all advertising and POS-materials for production advancement in the consumer market.

New bottle «Saint Petersburg» was developed as the “card” of the same city on Neva-river. The architecture of a bottle is integrated into city architecture, and label with the stopper minimalism, which imitates the copper, complete this idea.

The Image develops idea of Saint Petersburg – as the City of rains. This Image has been found and beautifully sung by famous Russian composer Alexander Rosenbaum. Thanks to what, it was well fixed in consciousness of inhabitants and also visitors of such a great City. 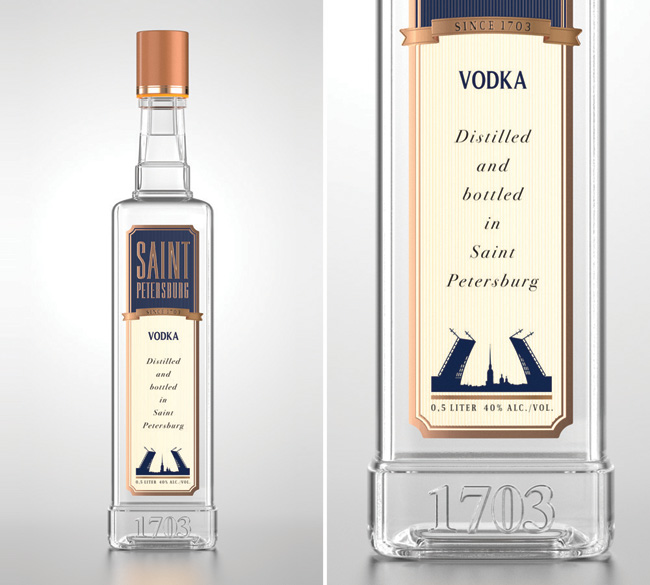 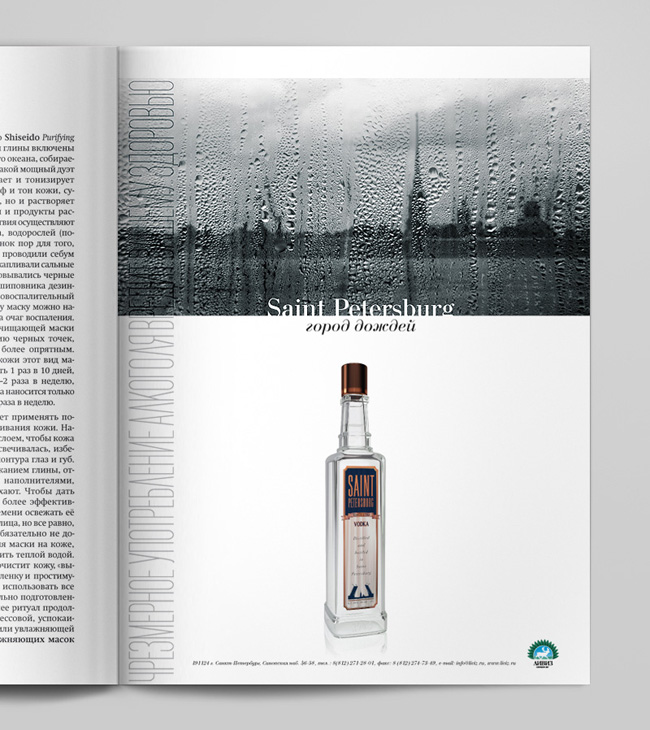