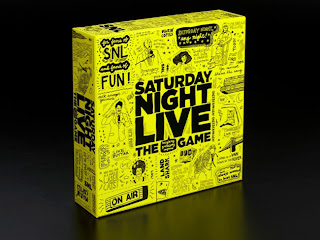 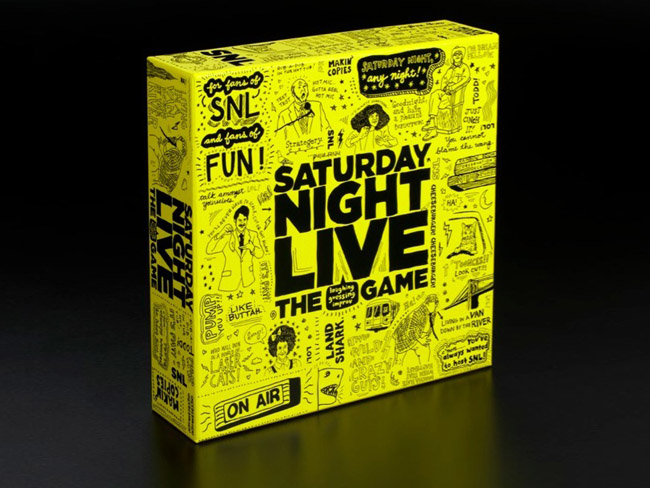 Our goal was to capture the raw immediacy of SNL’s writing process and live performances, which we achieved through hand-drawn illustrations of legendary characters and catchphrases. The package also communicates the fun of playing the game itself, which combines trivia, improv, and quick-fire team play.

Designed to jump off the shelves at retail, the outer box is a graphic combination of pure yellow with glossy UV coated black ink, allowing the game to stand out from its competition in the cacophony of the game aisle.

The inner box depicts New York streetscapes with discoverable elements hidden throughout. All the game components, from the cards to the sand timer to the game tray, were carefully considered to create an energetic visual experience. 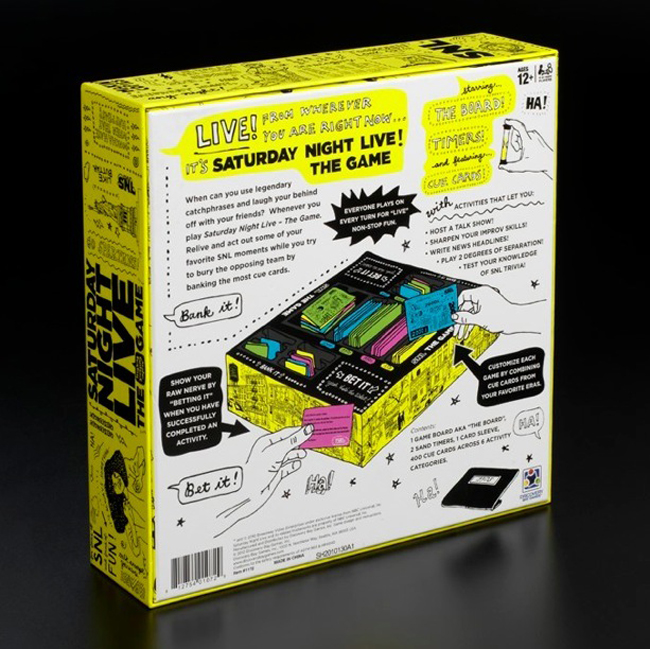 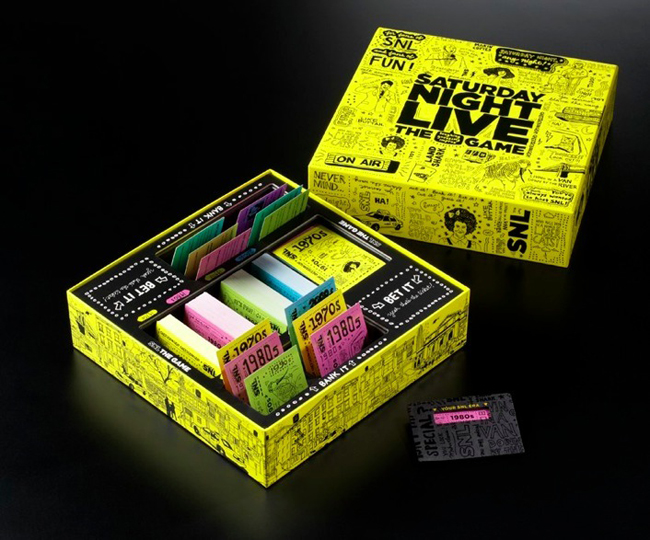 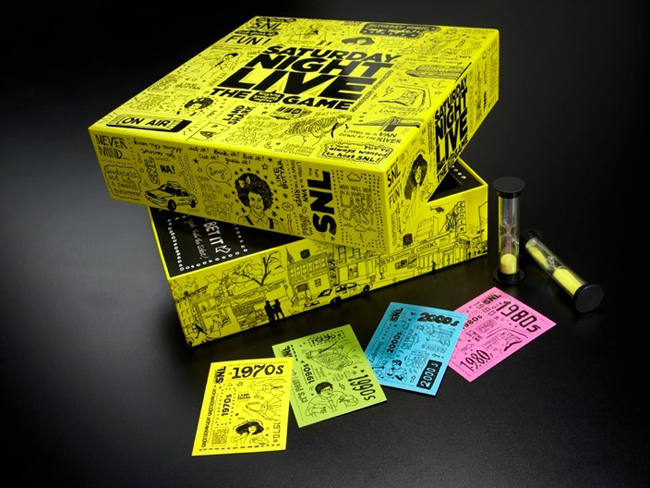