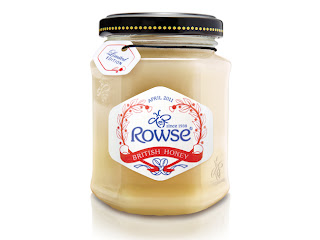 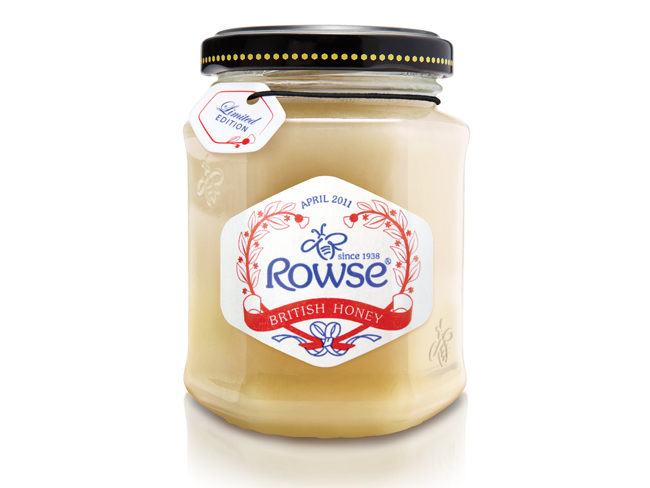 To celebrate the royal wedding and meet the demand for brands marking British nostalgia and the best of British, award-winning design agency, BrandOpus has created a special limited edition pack Rowse. The celebratory design will hit the shelves in April and will be available for a month beyond the event.

BrandOpus was tasked with creating a bespoke label for Rowse Limited Edition Royal Wedding British Honey that will be available in major supermarkets such as Waitrose, Morrisons and Tesco. The new iconic packaging features a heart-shaped crest at the centre incorporating devices like the thistle and the shamrock that celebrate the honey brand’s long-established British heritage and quality dating back to 1938. Founder Tony Rowse started beekeeping in a small shed in Ewelme, Oxfordshire before turning his passion into a business. From humble beginnings the company has grown to become the country’s market leader in honey for which BrandOpus overhauled its identity and packaging last year.

Excitement is also mounting at British chocolatier Choc on Choc which recently supplied Highgrove with 900 heart-shaped dark and white chocolates with edible glitter encapsulating the intertwined initials W and C. The family-run business, based in the village of Rode near Bath, some 30 miles from Highgrove, saw a 13 per cent total sales uplift in the first six months of the BrandOpus redesign, and an impressive 600 per cent increase in Christmas orders from Waitrose. It has become more recognisable amongst the British public, winning many prestigious awards, including most recently a DBA Gold for design effectiveness.

Paul Taylor, creative director, BrandOpus says: “Royal wedding fever is definitely upon us and major British brands are capitalising on the feel good factor that the event invokes in the population’s psyche. For brands whose core values include Britishness this is surely the ultimate opportunity to reiterate their British origins.”