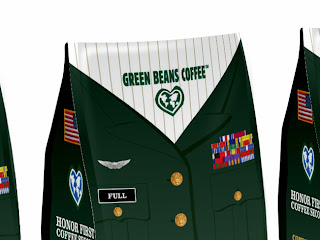 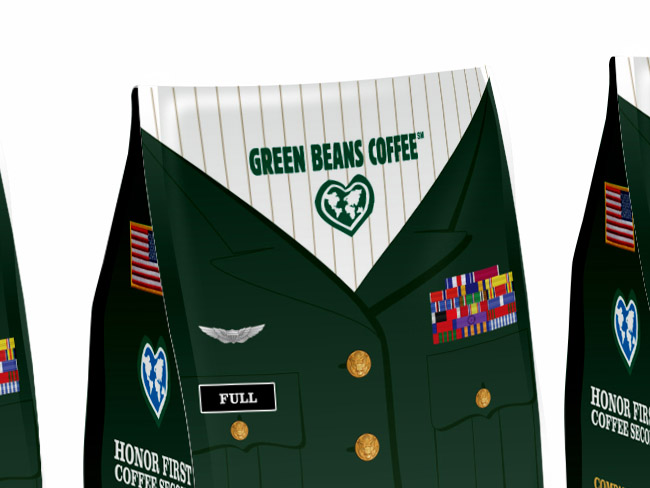 HONOR FIRST, COFFEE SECOND!
Why Army uniform? Because a portion of Green Beans Coffee proceeds is donated to charities that help military families and children of the fallen.

About client:
GREEN BEANS COFFEE COMPANY is headquartered in Larkspur, California. Our company, in business since 1996, owns and operates 75+ cafes at military bases in North America and in seven countries throughout the Middle East, Southwest Asia and Africa. Many of our cafes are at bases in Afghanistan and Iraq, where danger is ever present and comforts are few. 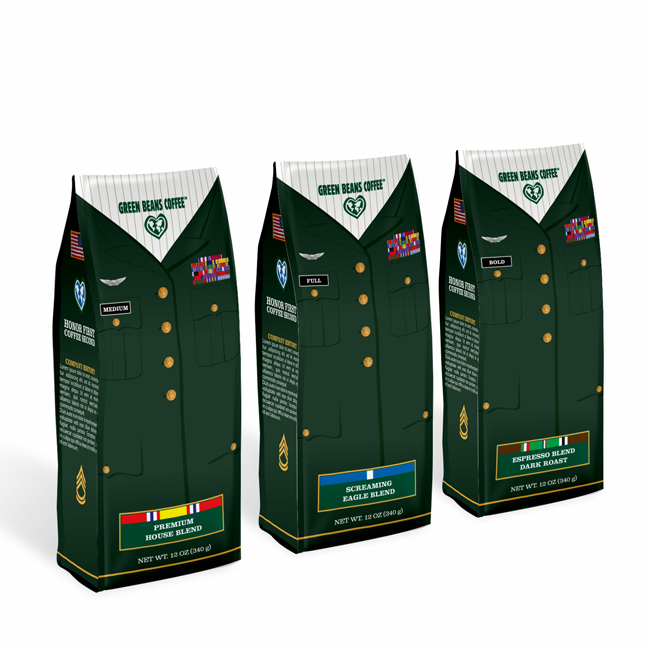