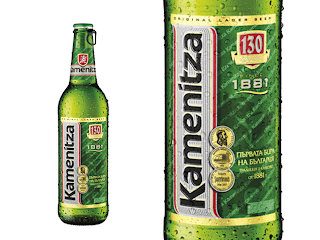 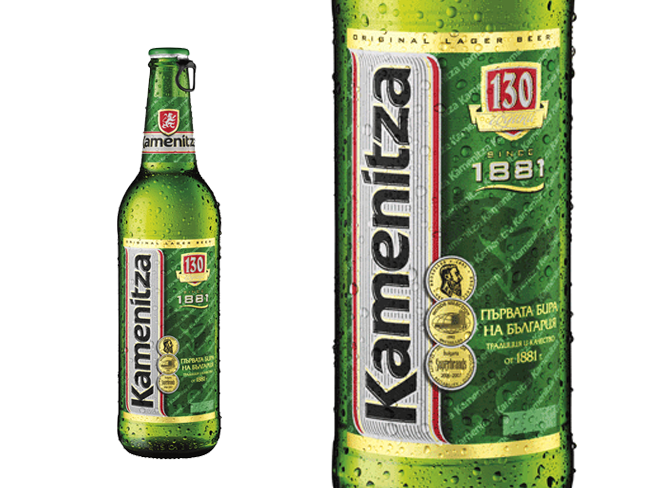 The well-known Argentinean designer, who successfully updated the image of the world famous beer Beck’s, is now responsible for the visual transformation of Kamenitza, the most important Bulgarian beer.

For many reasons, his agency, Pierini Partners, has grown to currently become one of the most important branding and packaging design studios in Argentina. However, their projects are still surprising, not only for the geographic range of his clients (located in countries such as Thailand, Colombia, England, Turkey, United States, Bolivia, Belgium, Paraguay, Peru and Bulgaria), but also for the ability of handling the global aesthetic codes in a relatively easy way.

Kamenitza is a new example of this. It’s not only a brand, it’s “The Bulgarian brand”, and it has been connected with the life of the people in that beautiful European town for 130 years.

The new design process started with a preliminary study of the situation, to proceed later to a designing stage that was based in strong and steady argumentative reasons. The conclusion of this analysis was that the aesthetic of the brand was outdated. Consumers have renewed, so an updating was extremely important to the brand. This was not a minor issue; the existing layout had a basic side band, which functioned as a support of an extremely rigid logotype, and there was no integration between the shield, the brand, the medals and all the complementary information.
With this diagnosis, the prestigious Argentinean designer decided to generate a much more personal, attractive and memorable identity. To achieve these important objectives, the first step was to update the shield, making it more stylized, elegant and attractive, and magnifying its most emblematic figure: the lion. Then, he gave the logotype the value it deserves by improving the aesthetic of the base (adding contention lines and twirls) and incorporating personal features in the font with rounded and friendly shapes, as an effective way of giving more personality and recognition.

The hardness was turned into proximity, and the coldness and composition mistakes of the current icon into attractive and appropriate elements for the target.
Regarding to the color palette, he decided to maintain the original green because of its important historical value. Therefore, the background was visually improved with the incorporation of sub-tones in the typographical scheme, combined with an amplified reference of the lion.

Last but not least, the medals show how much the brand knows about beer, so their presence was strengthened by using them in an accurate way in the upright white band, adding twirls and shadows.

Kamenitza is now 130 years old, and celebrates its birthday with a new identity and an updated packaging that will face to the new century, communicating with their consumers on equal terms, taking into account their needs and becoming a real accomplice of their best moments. 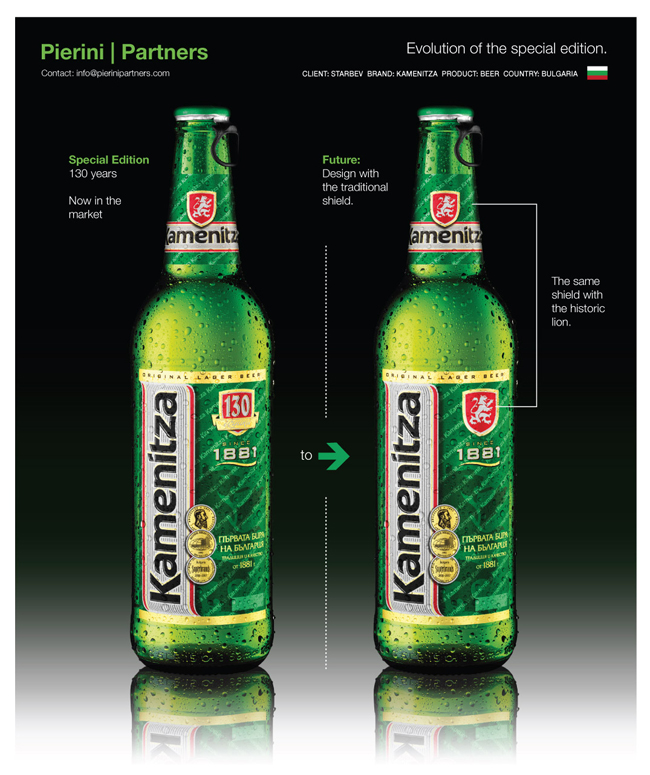 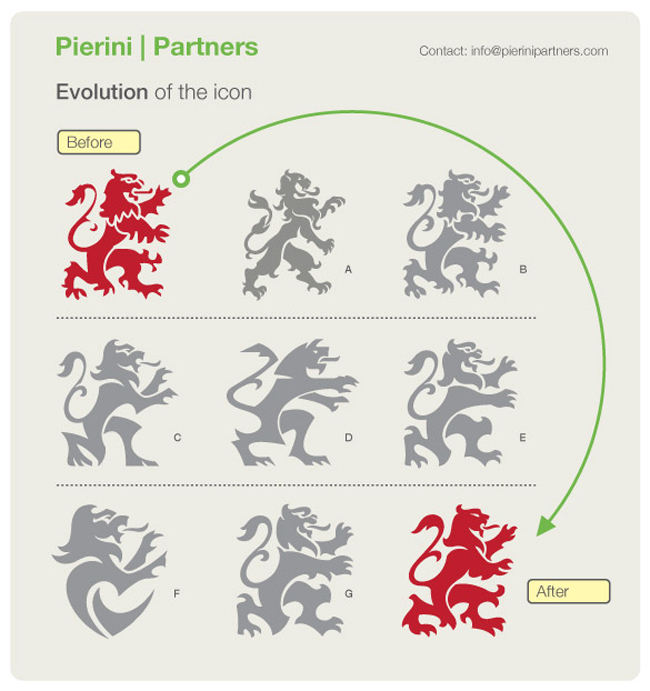 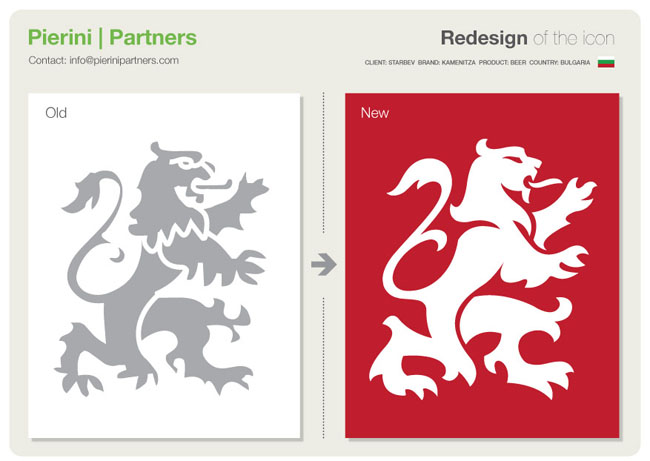 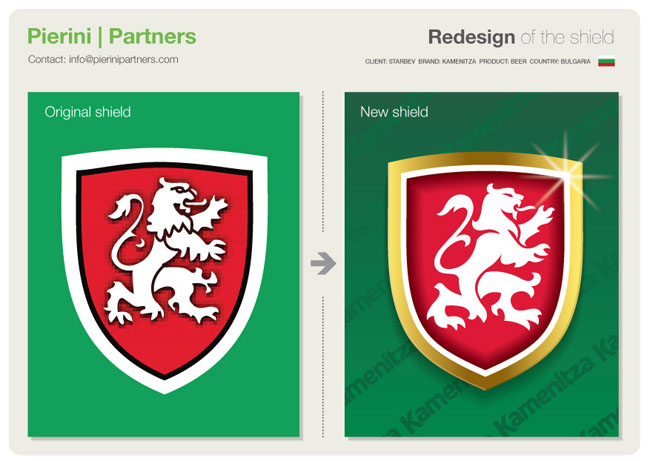 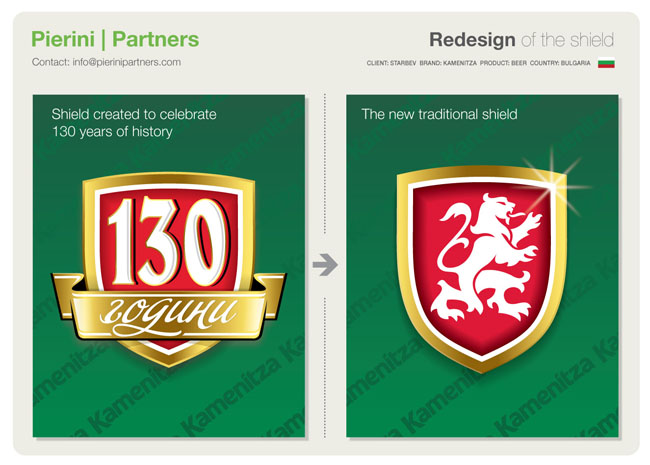 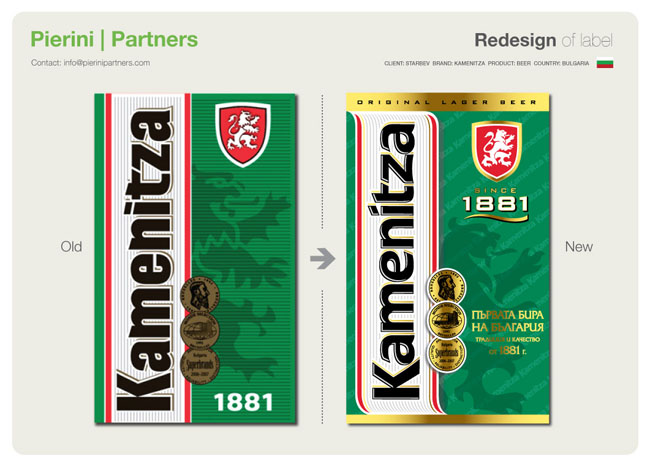 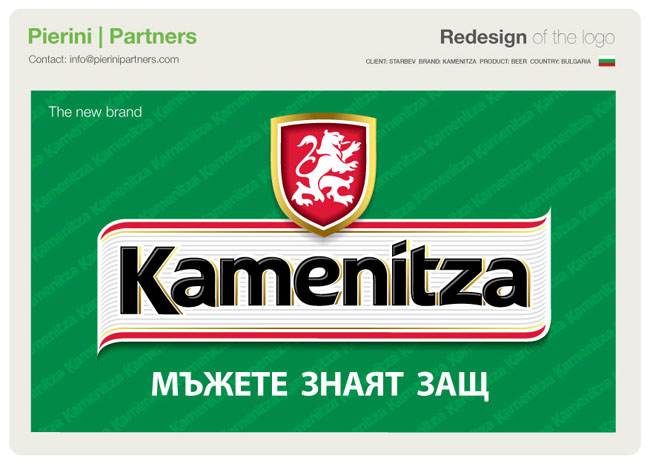 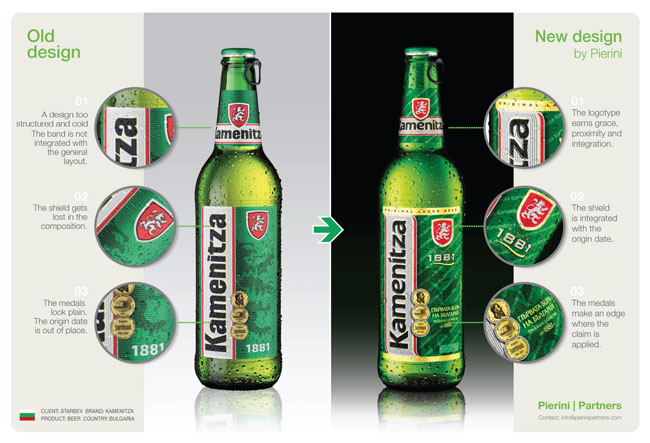 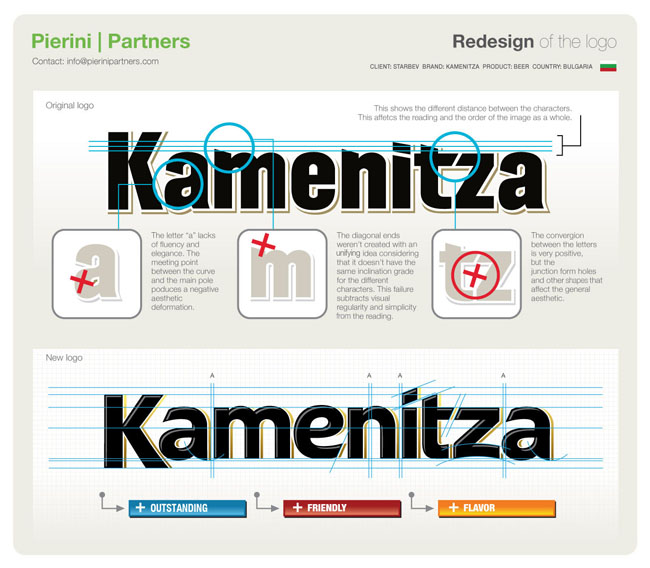 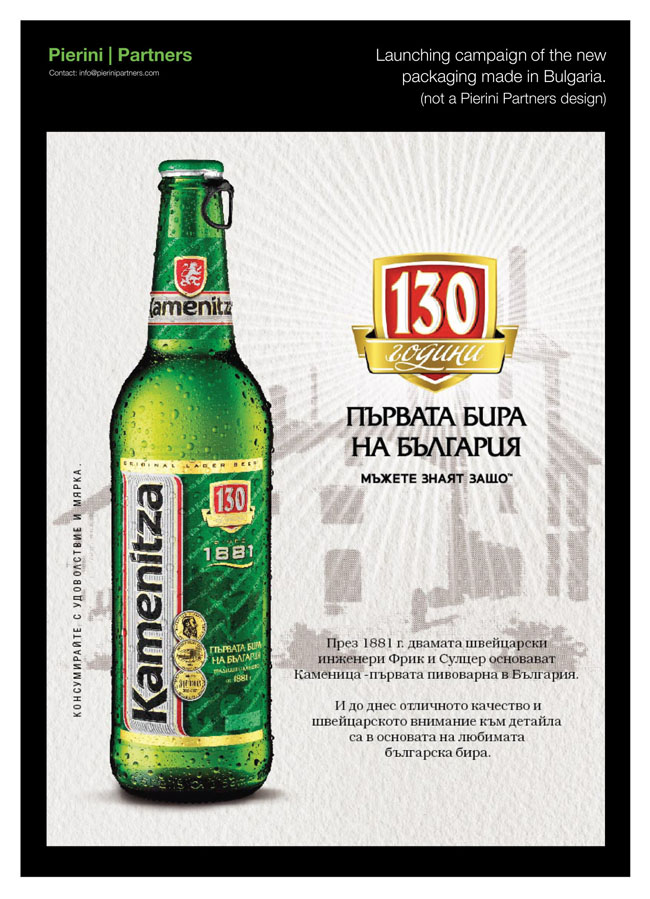 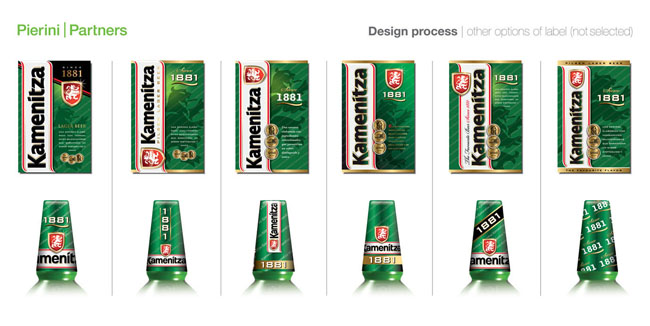