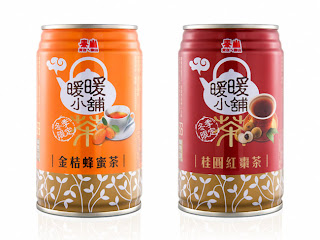 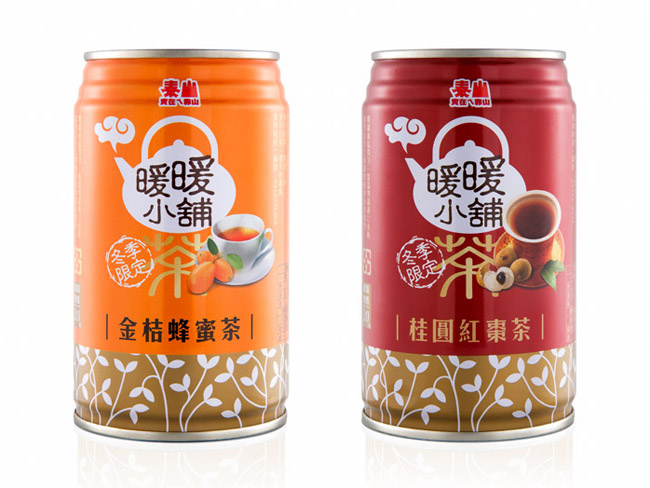 Ad Design was commissioned by Taiwan TAISUN Enterprises to design the new Tarzan Hot Tea Series, which was to be launched in the winter of 2010.

The new beverage was named “Warm Shop”. The image of the Warm Shop beverage was centered around the Chinese character of “tea”. This Chinese character was transformed into a tea-making utensil, with an image symbolizing the teapot placed above it. The overall design represented the simple and sophisticated fun of making Chinese tea.”

TAISUN Enterprise introduced two flavors in the winter of 2010. Ad Design extended the concept of the rest ign by using two colors – one which represented the honey kumquat tea, the other red dates logan tea. 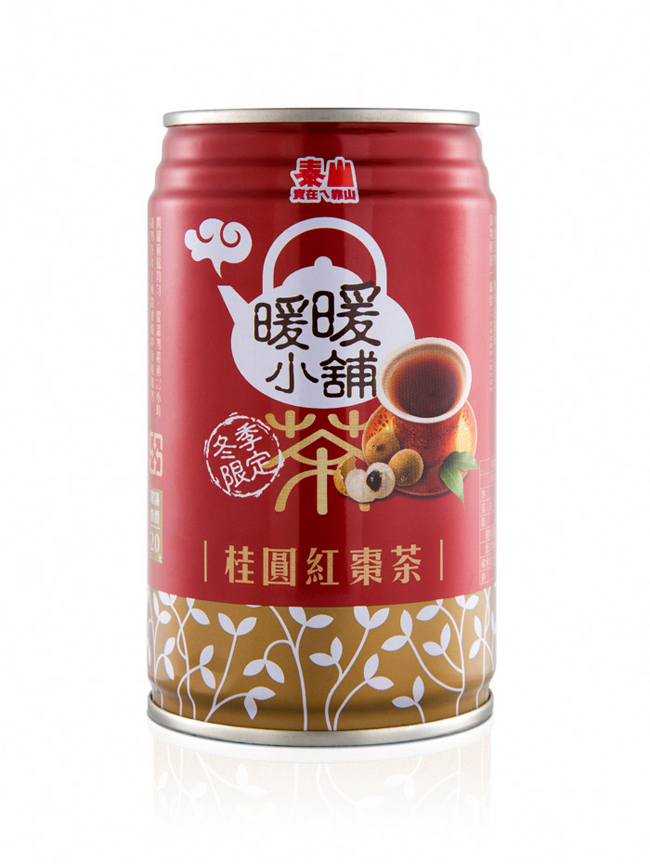 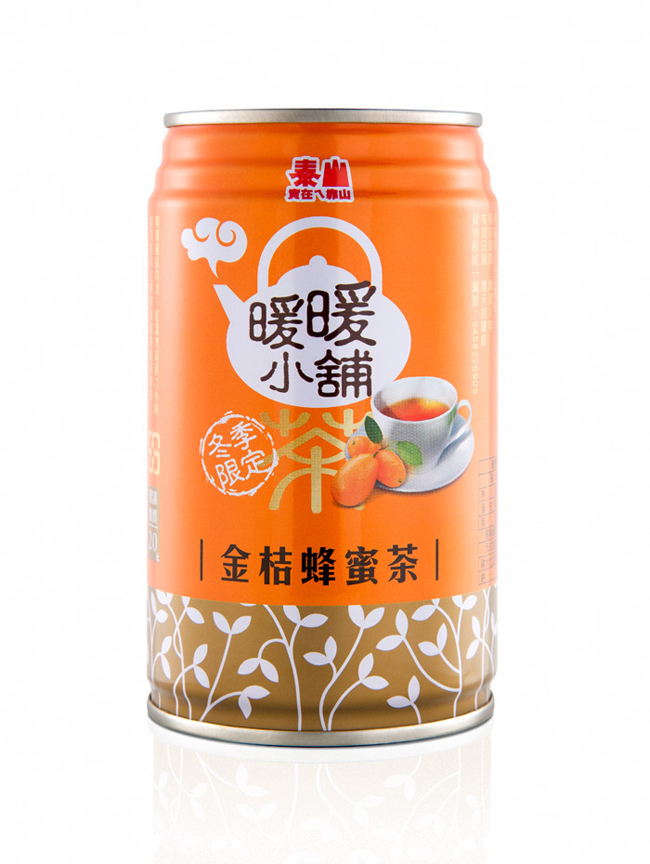 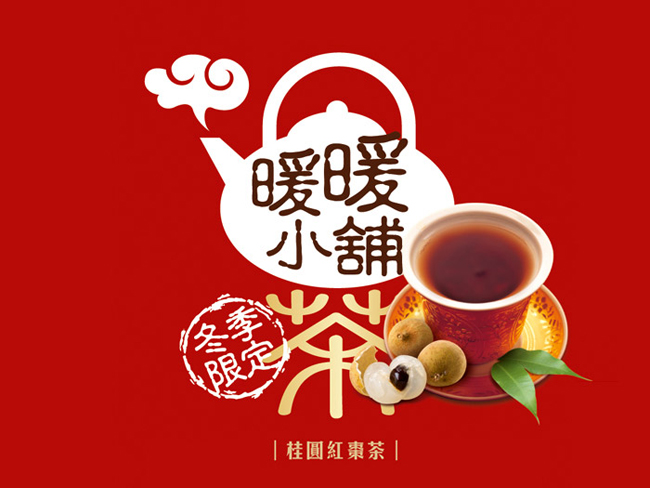 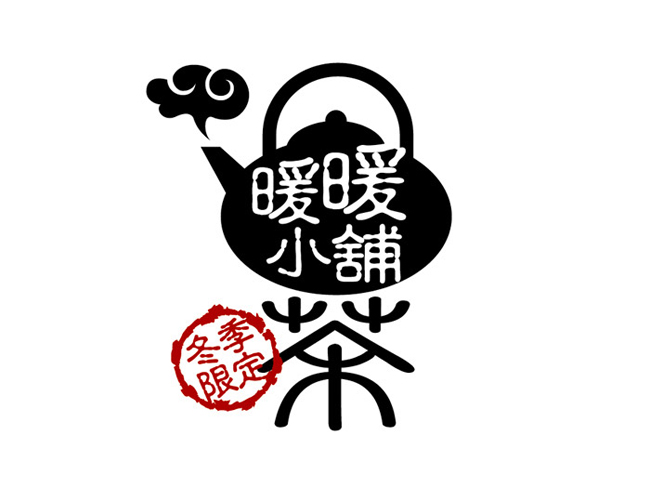 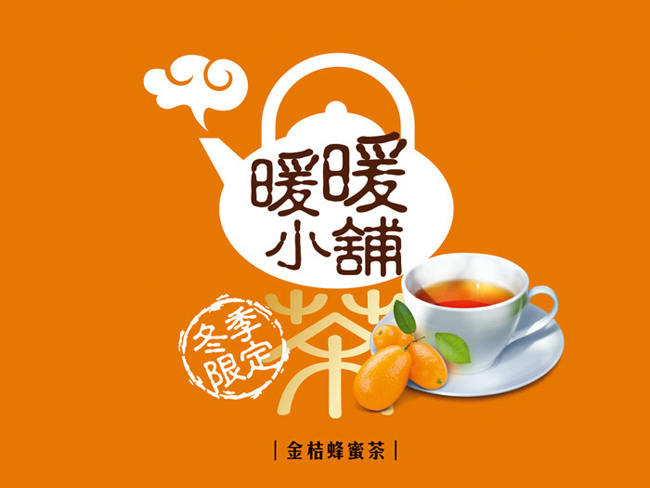