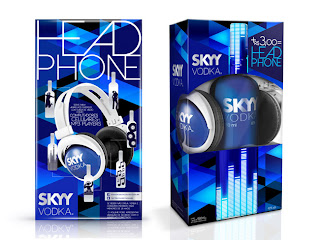 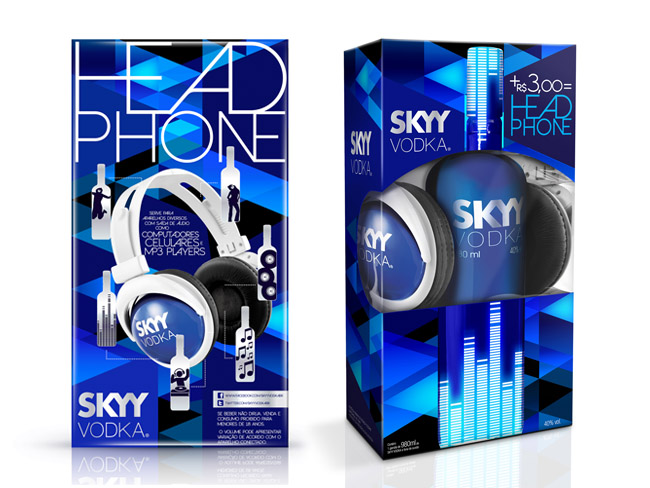 Casa Rex, a multi-awarded international design consultancy with offices in São Paulo and London, has created a special limited edition packaging design for SKYY Vodka, which is produced locally by Gruppo Campari in Brazil.

With the primary objective of developing a promotional pack to highlight the addition of an exclusive SKYY Vodka headphone included in the pack purchase, Casa Rex re-assessed the brand’s values and created a strong visual identity to connect with consumers.

The design consultancy introduced new visual elements from the music and nightlife world that are intrinsic to the lifestyle of SKYY’s consumers. “The equalizer images are vibrant and take the shape of the vodka bottle, bringing the pack to life“, says Gustavo Piqueira, head of Casa Rex and also the creative director of the project.

The headphones are shown plugged in and in use, ‘worn’ by the SKYY Vodka Bottle, visible through the window of the pack. Visuals on the back focus on the display of the headphone’s features and technical specifications, which are enhanced by different consumer experiences and scenarios from SKYY Vodka and the music+nightlife combination. 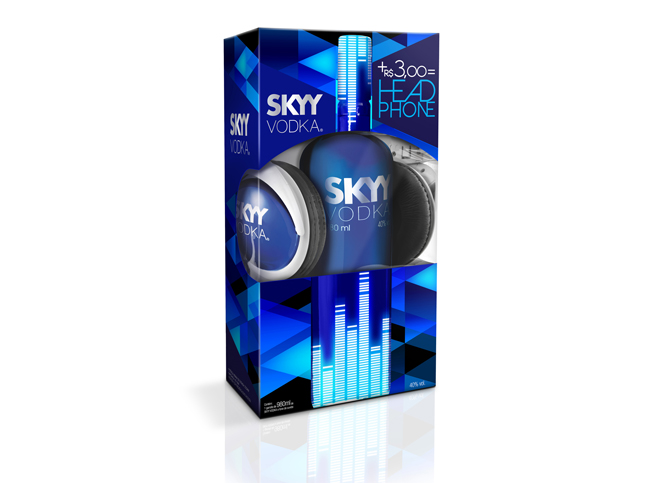 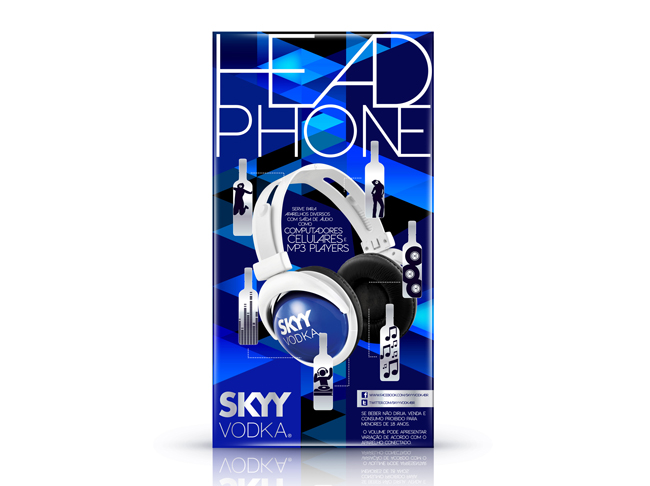