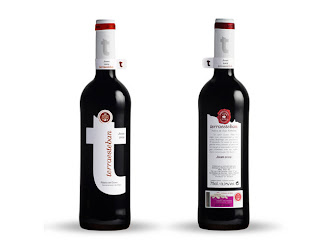 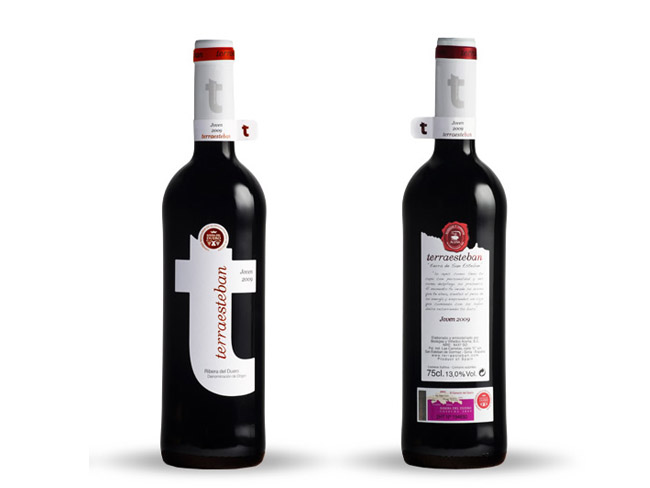 Client:
“Aceña Vineyards and Winery”, vineyard is located in one of the most prestigious wine regions of Spain (Ribera del Duero).

The winery had no doubts as how to call its wines. “Terraesteban” alludes to their homeland, their farm land, a small town called San Esteban de Gormaz in Soria. They needed the develop of Terraesteban´s brand and packaging design for its three varieties, Joven 2009, Roble 2008 and Crianza 2008. After long discussions, notes, everything that takes place during a typical briefing, I came to the conclusion they wanted a “very current, different” identity with products that reflect these qualities, preserve its tradition as well as its image denoting a wine for those special moments in which the consumer wants to feel rewarded; but at the same time it should lack the traditional heraldic without crossing the subtle barrier of transgression.

As the brand would be new, it needed to give a more direct, striking effect, so I focused on using the “T” as identifying Terraesteban (isotype) and at the same time as a stamped tag . In this way I solved the problem of the identification of the ” New Brand “. Then, to convey the touch of “very modern and different,” I explored many ideas until I found a special one, it was to place a “Collar” in the neck as a subtle discreet elegant and above all unusual detail. The objectives in terms of design were very high because they had to denote the image of special wine, for those times of elevated self-esteem, self-recognition, and so on., We took many turns until we finished writing a short story for the counter-tag as if it were taken from a description by someone who wrote with a pen on a piece of paper after having drunk a glass of wine Terraesteban, and it says “you can hear as your cup is filled with personality and y! ou can see how it displays its presence. Right away you feel invaded by a bouquet that elevates your spirit, you also feel the weight of its energy and set off on a journey that begins with its unique flavor going round your mouth.. “

But we had not yet come to the end. I still had to solve how to highlight the values of tradition. I decided to include the icon of the Name of Origin “Ribera del Duero” to the stamped tag adding prestige. In the counter tag I placed the logo of the winery that simulates a seal that has an irregular contour drawing silhouettes of mountains. 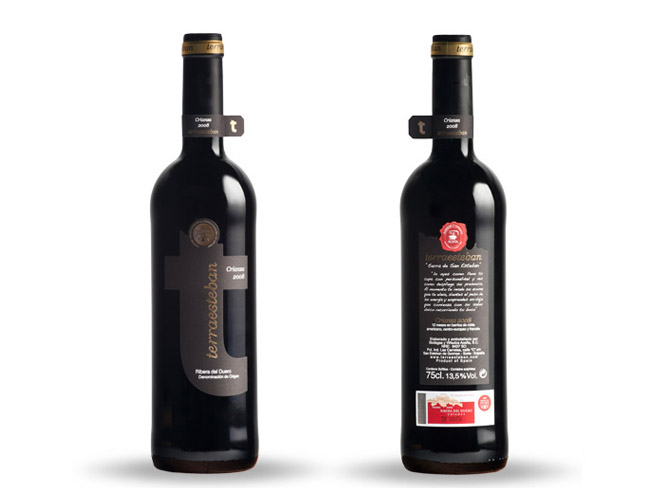 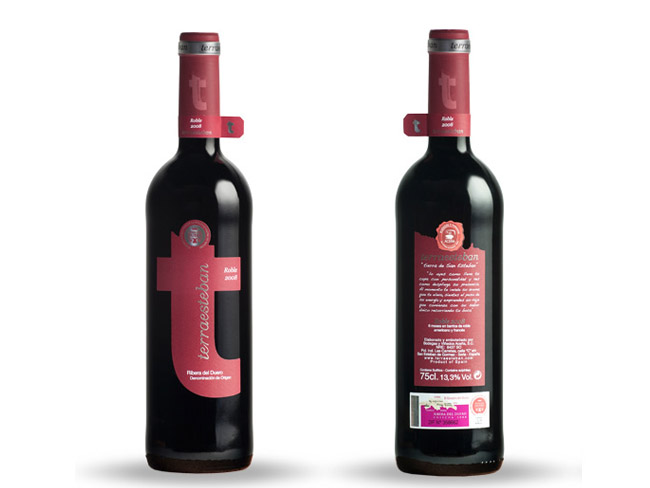 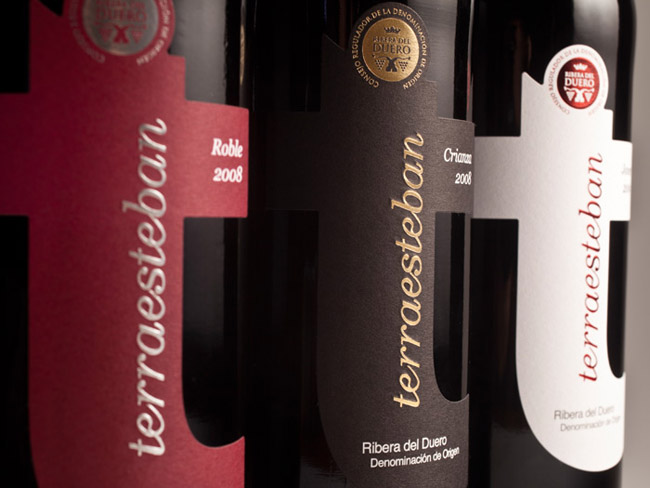 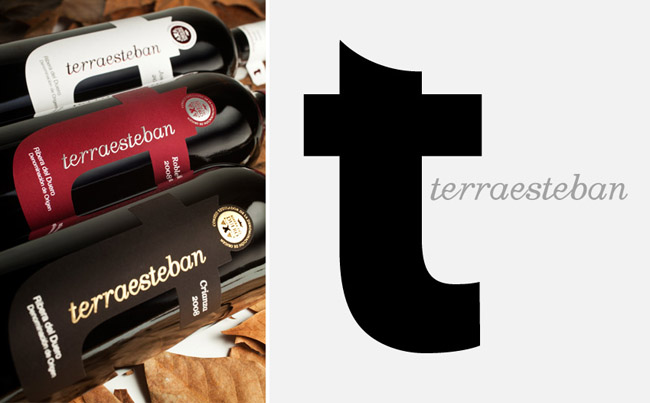