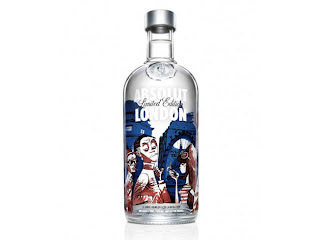 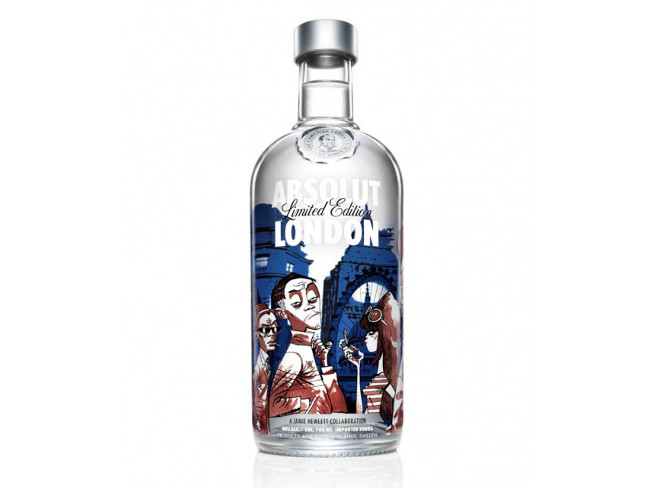 Designed by London creative and visionary Jamie Hewlett, the bottle is a unique take on London’s style and fashion pioneers over the past 200 years. Set against a London backdrop, the bottle introduces key characters from the past who have influenced and shaped London’s present fashion scene. The seven characters encapsulate the city’s diverse heritage, spanning the ages from Dickensian and 18th Century Dandy, through to Pinstripe gent, 60’s chick, SKA, Punk and 80’s Casual.

London has such a fascinating and rich history which has inspired me over the years. For ABSOLUT London I chose to re-create 7 iconic characters from different eras who are largely defined by their style as well as their impactful contribution to London’s culture at the time.” says Jamie Hewlett. 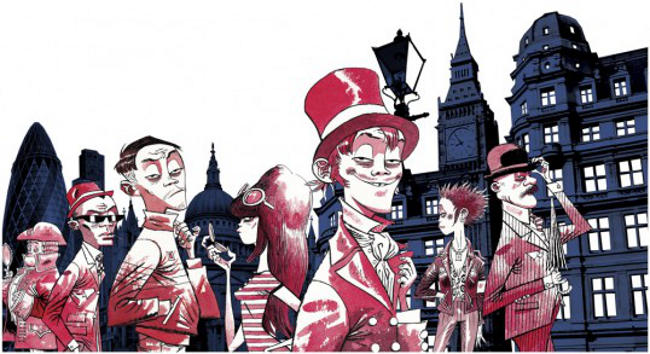