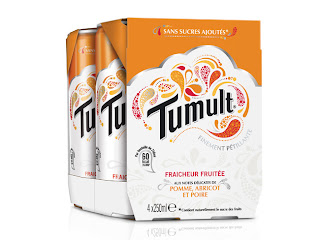 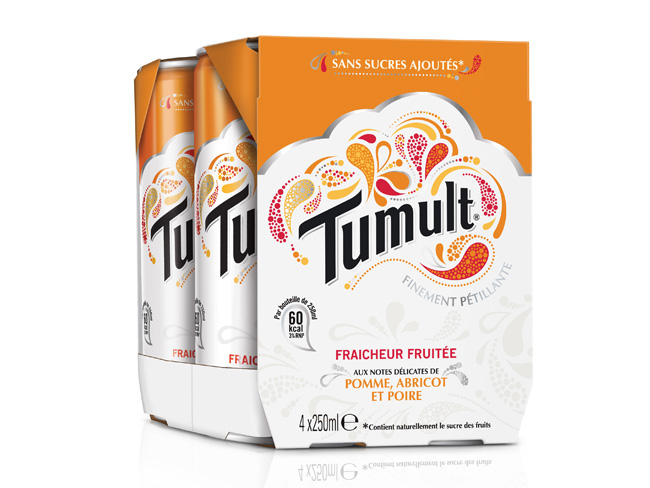 Tumult is a new adult fermented non-alcoholic drink made by Coca-Cola, that has been specially crafted to be consumed with food. It pairs particularly well with sushi according to the experts, and is a great alco-alternative when served as an aperitif.

Intended to brighten up social moments, Taxi Studio reflected this sentiment in the redesigned packaging by bringing joy and movement into the visual identity to compliment Tumult’s tumultuous character.

Spencer Buck, one of Taxi’s creative directors says, ‘We wanted to open Tumult up to a wider audience, so when we embarked on the redesign the brief to ourselves was to make it much more visible on shelf, sexier in the hand and light-hearted overall. The new design uses lively colours and a swirling cloud device, which references the drink’s fermented, ‘alive’ quality.’

Casey Sampson, Taxi’s senior designer says, ‘The device is called the “Sensorial Cloud” – as Tumult is a fermented non-alcoholic drink it’s basically alive, so we’ve attempted to bring that idea to life with the use of intricate swirls and swooshes which provides a lot of visual movement. Together with the refreshed logotype it’s now got a sense of permanence… a more iconic status.’

Following on from the pack designs, Taxi Studio is now working on promotional and point of sale materials to communicate the brand benefits: 100% Freshness, 0% Added Sugar. The new Tumult packaging will initially launch in Paris next month. 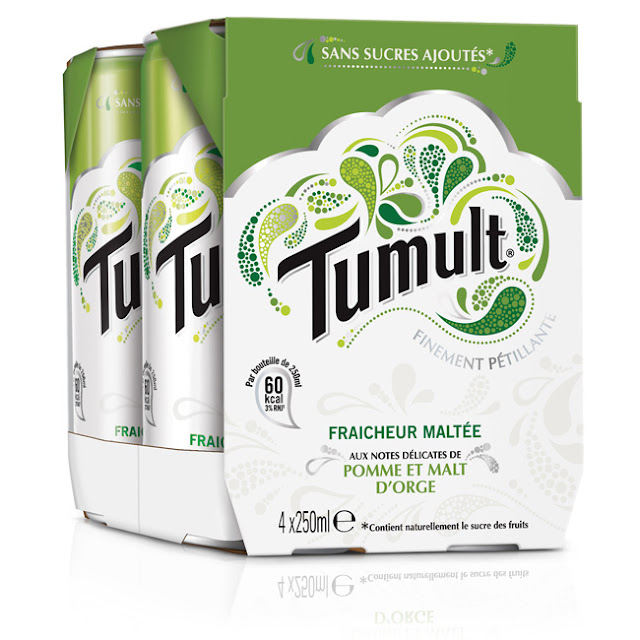 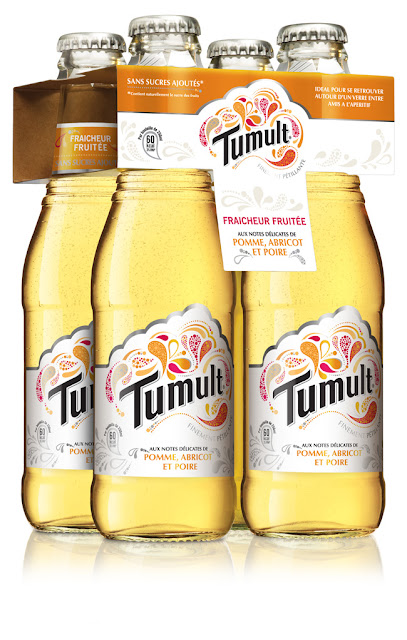 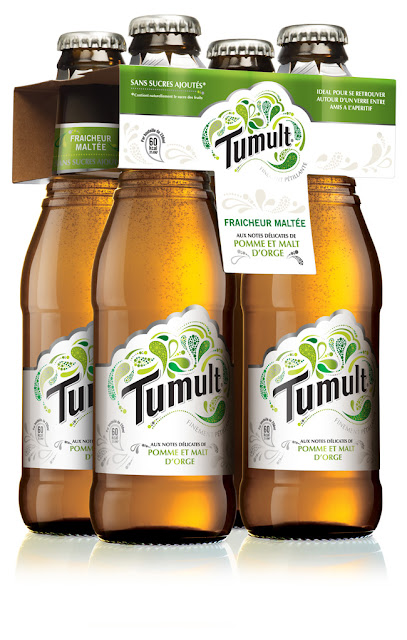 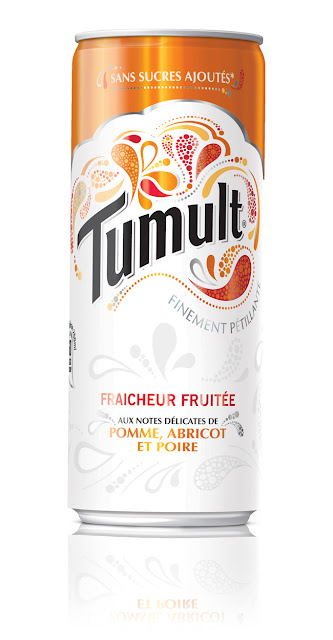 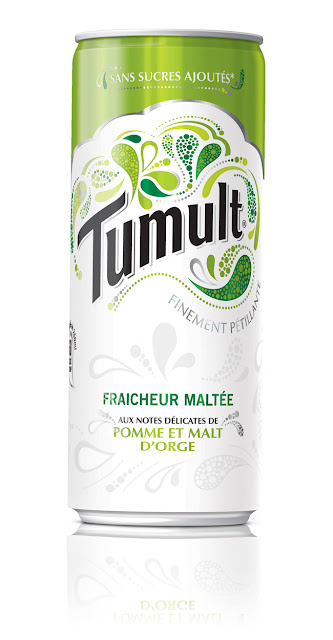