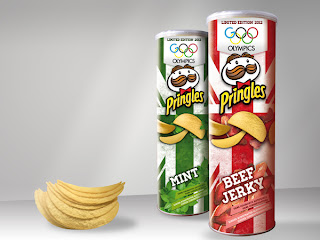 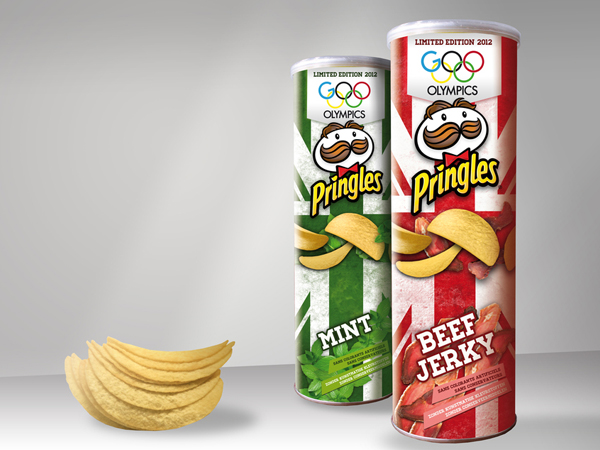 The aim of this assignment was to create the limited edition brand “Go Olympics – London 2012” to associate at Pringles chips. I had to express the atmosphere of the location of the Olympic Games, show somehow the tension of the games, create the logo “Go Olympics”, create the two version “Beef jerky” and “Mint”, without forgetting the youth and easy side of the product Pringles.

My concept is based on the location of the Olympic games 2012. But the flag I created is not clean because I wanted to show the effort and the pain that feels the athlete during the Olympic Games, but also the idea of the atmosphere in the english pubs.

For the logo “Go Olympics” I just wanted to show the symbolic Olympic rings, making a substitucion on the “G”.