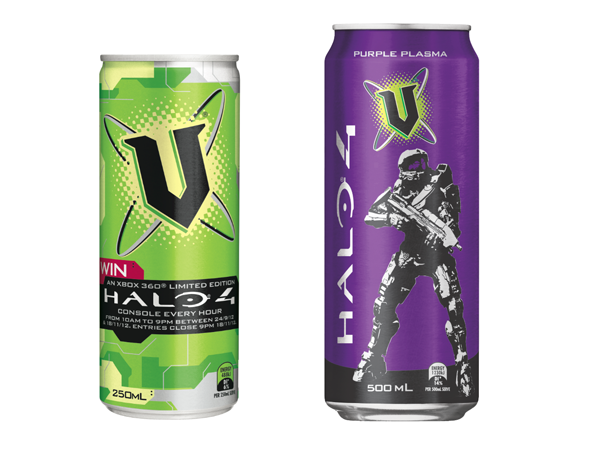 ‘V’ saw an opportunity to connect with consumers through the passion point of video games and formed a partnership with Microsoft® for the launch of the next instalment of the Halo® franchise, the #1 Xbox® game with over $2.8 billion sales worldwide. The result is a multi-faceted promotional campaign centred on the launch of the highly anticipated game Halo 4®, in which consumers can win an Xbox 360 Limited Edition Halo 4® console every hour for 8 weeks*.

Saltmine Managing Director Sara Salter said, “This was an incredibly exciting project to work on for the whole team as it provided us with the opportunity to showcase our talents across not only packaging design, but also digital design, promotional strategy and management.”

Saltmine designed the extensive promotional range of packaging which includes the existing green variants as well as an exciting new flavour – ‘Purple Plasma’ and a new 710mL resealable green can – never before offered to consumers.

The design challenge was how to merge the world of ‘V’ in store, Saltmine developed an extensive point-of-sale suite as well as creating five impressive account exclusive promotional campaigns for major retailers nationwide, with money-can’t-buy bespoke ‘V’ prizes.
Extending its efforts to the digital world, Saltmine put together the design for the v-energy.com.au hub page, which is inclusive of feature buttons, enabling consumers to enter the different promotions running. The website has also been optimised for use on mobiles and tablets. 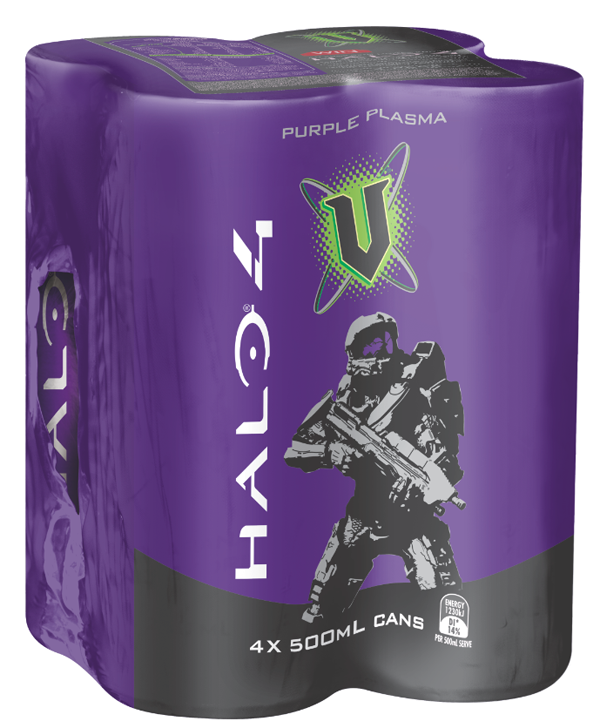