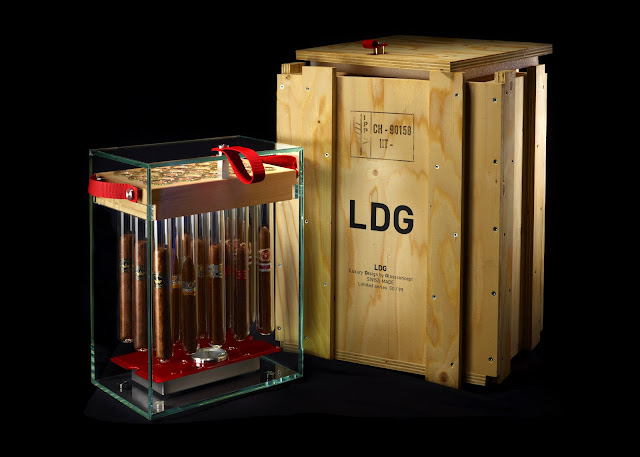 GlassConcept:
The first is the GLASSCIGARS cigar box fabricated entirely of glass, allowing amateurs to showcase their best cigars in a box and original ultra contemporain.Pourquoi hide what has more beautiful?

Made in the rules of art for conservation and optimum humidification of cigars, pipes blown glass of GLASSCIGARS are airy and based on one of the best cedar Spain. Cigars give the impression of being suspended in the air.

Lovers of beautiful objects Swiss precision and gather all the knowledge of the manufacture of glass Glassconcept in the assembly, collages and upscale finishes.
The first object of the LDG line of products, Luxury Design by Glassconcept will be produced in limited edition of 100 copies only.

Designer Kevin Angeloni:
Combining tradition and innovation that cigar break codes,
but how?

The process was simple, why not make the opposite?

Already in its storage place that does not horizontally as it has always been the case but in the vertical, an unusual way to recall and drying tobacco leaves in their confections.

The second dimension highlights the transparent glass with anti-reflection coating to thereby obtain an exceptional transparency and a visual on these precious cigars, also claiming one dimension air.

The Spanish cedar, a standard in the field is always present when he has for optimal moisture to the interior of the cave.

For transportation and other manipulations that require special protection packaging has been specially developed for this product, recalling the line type of the cargo body.

A second smaller box containing a cleaning kit will also be present.
An object that will not leave indifferent lovers bar chairs. 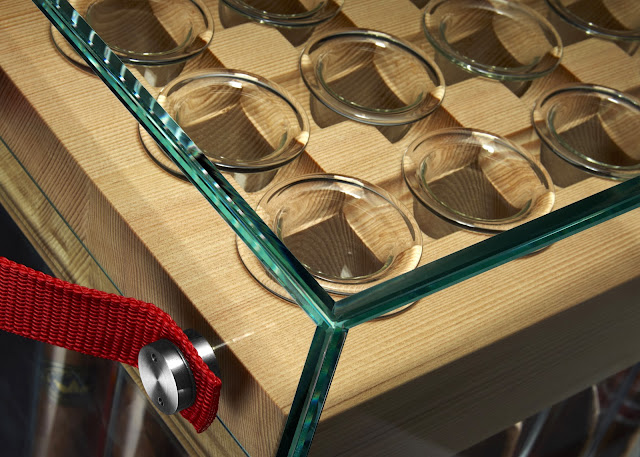 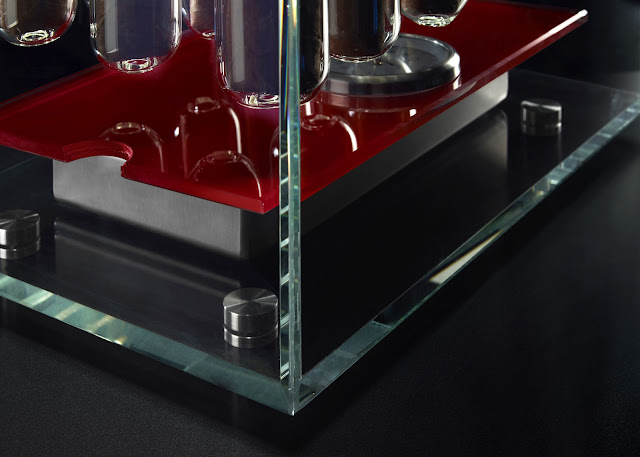 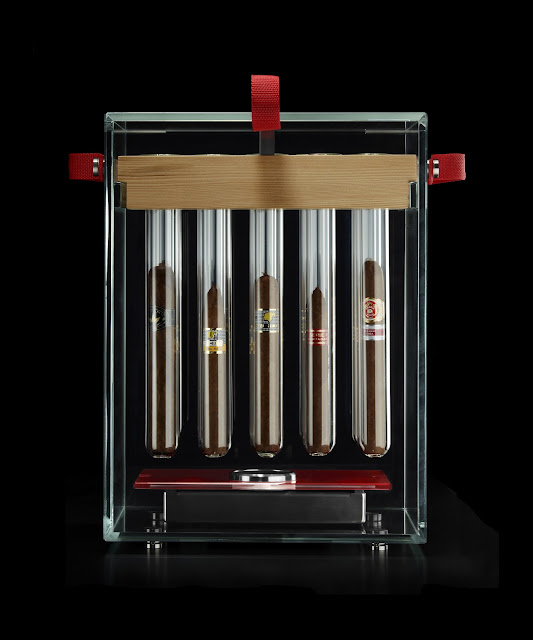 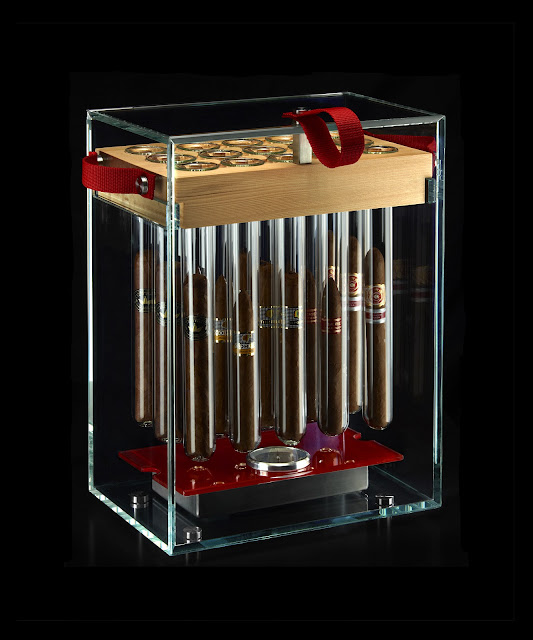