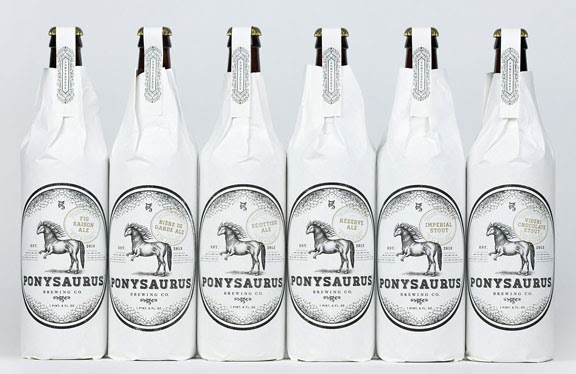 In its first work for new microwbrew client, Ponysaurus Brewing Co., Durham, N.C., advertising agency Baldwin&, Raleigh, has developed a brand I.D. to support the brewer’s positioning attributes: traditional beer craftsmanship and flavors, along with an unceremonious and light-hearted attitude. The name Ponysaurus is meant to suggest a fusion of unlike parts, a chimera. I.D. elements include a logo, bottle design, business cards, leave-behinds, and a growler case.

The logo, meticulously etched in the style of a 19th Century zoological illustration, features the company namesake, one of the sillier-looking creatures never to have walked the earth, with equine hindquarters and a dinosaur head and stunted little arms.

The bomber-size (1 pint, 6 ounce) bottles are paper-wrapped and 2c printed, uniformly black and white across the entire line, with just a small gold callout for the individual beers’ names. The paper wrap helps protect the beers from spoilage due to light. A Ponysaurus-liveried bottle tape, recalling the revenue tape seen on spirits bottles, spans the top. 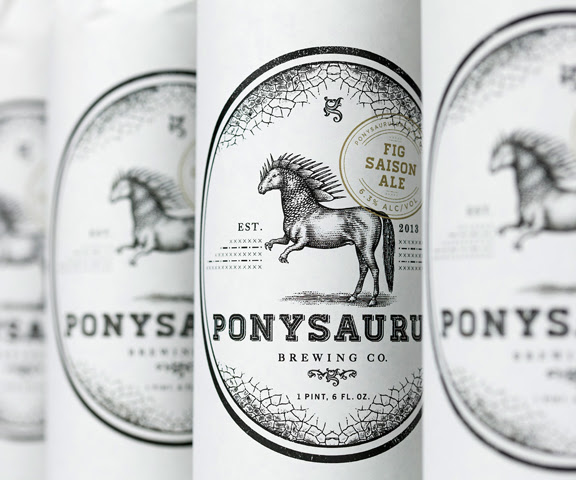 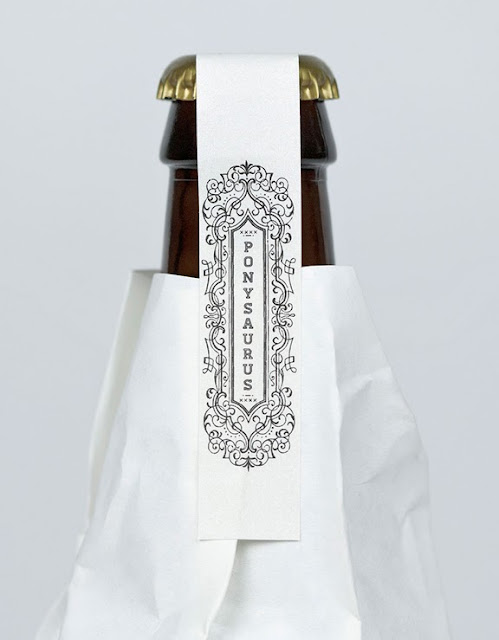