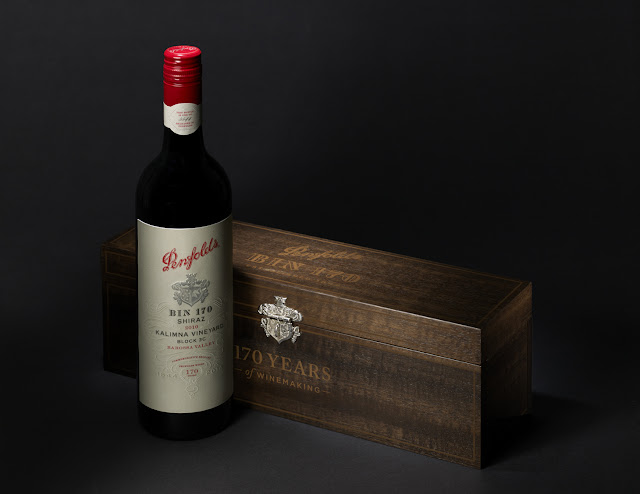 At a launch in London this month, Penfolds unveiled its Bin 170, specially released to commemorate the iconic winery’s 170th anniversary. Priced at $1,800.00 per bottle, Bin 170 is the most expensive bottled wine ever released by Penfolds. Sourced from Penfolds Kalimna Vineyard in South Australia, Bin 170 has been made from exceptional parcels of the fruit usually reserved for Grange. Released once previously in 1973, a Bin 170 is a very rare release. Of the 2010 vintage, only 5,544 bottles have been produced, which means the wine will be greatly sought after by collectors.

With such an extraordinary wine, the brief to design agency The Collective was to produce a label that reflected the heritage of Penfolds’ 170 year history as well as the immense status of the wine. Working within the Penfolds’ branding structure, The Collective produced a label with classic 19th century typography and ornamentation. The flourishes that entwine the typography are heavily embossed out of the luxurious cotton-based paper stock.

To accompany the label, The Collective also designed a hand-sewn miniature book containing a photographic timeline of the historic vines in Kalimna Block 3C from their initial bud burst to hand-picking at vintage. This book was housed in a secret drawer of a beautifully crafted gift box, which also featured a custom cast nickel clasp of the Penfolds crest.

The Collective has been working with Penfolds since the company launched in 2002. 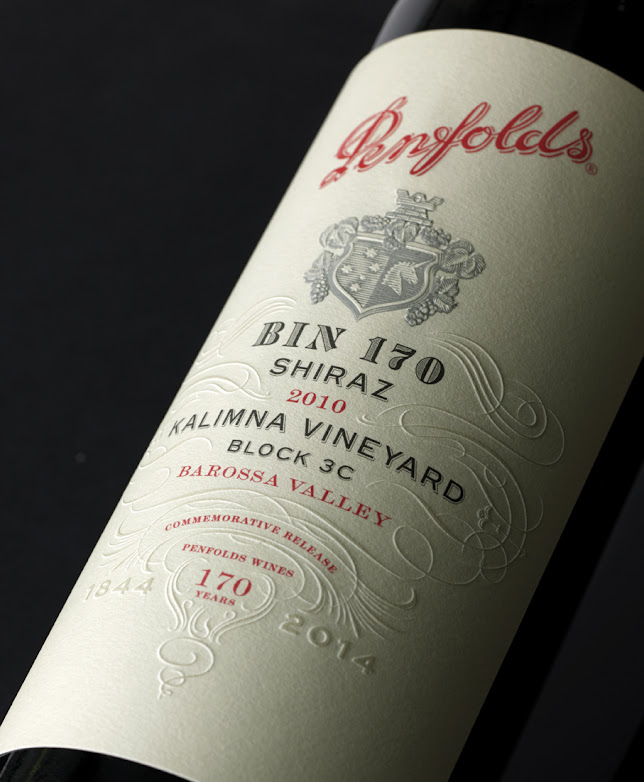 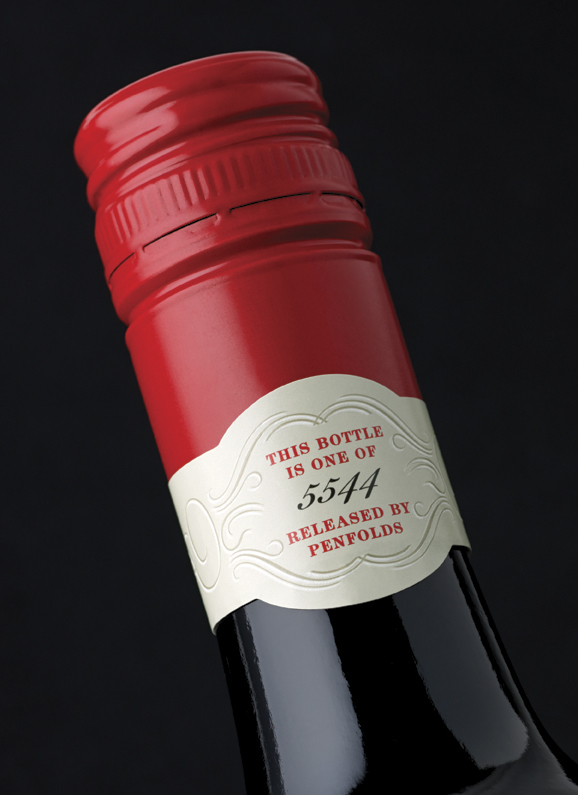