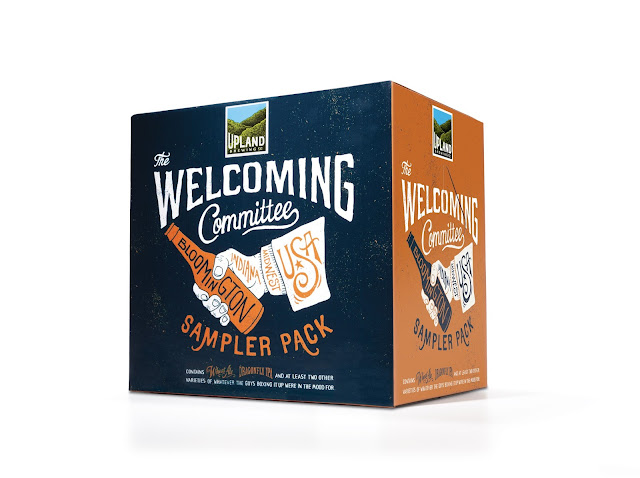 Upland Brewing Company announced today the release of “The Welcoming Committee,” a new twist on their traditional beer sampler pack that seeks to welcome fans—both new and old.

The packaging continues the style of the brand’s recent, extensive rebranding, with artwork and hand-lettered type by France-based BMD Design. The pack’s illustration—a hand holding a bottle—is designed to resemble a handshake, reinforcing the welcoming attitude of the name. The words “Bloomington, Indiana, Midwest, USA” are prominently featured, as well, staking Upland’s claim as a brewery proud of both its Hoosier and Midwestern labels.

The Welcoming Committee is available in select retail locations throughout Indiana, as well as other places Upland is sold.