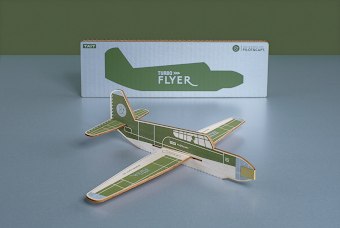 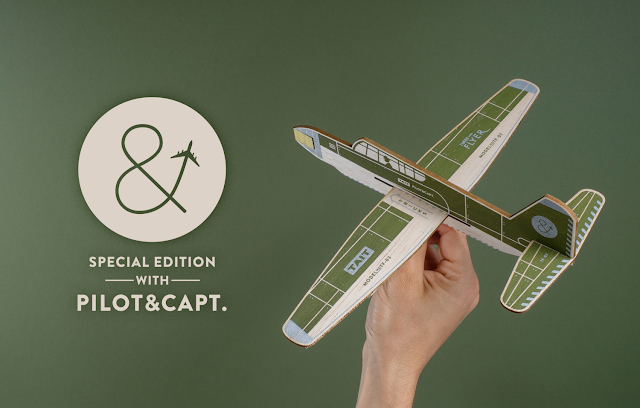 Matt Tait, the owner and designer behind TAIT Design Co. in Detroit, has been working on a project with the talented designers over at Pilot & Captain, a company founded by Dustin Summers and Jason Kernevich (the duo behind the award-winning Philadelphia-based design studio The Heads of State), and it’s ready for takeoff.

Matt Tait: “The limited-edition Turbo Flyer we just finished is just like my original model, but the designers over at Pilot & Captain gave it an all new paint job inspired by a mix of aerodynamics and graphics from civilian and military aircraft from the 1940s, 50s and 60s. This is the first hand-screened two-color plane I’ve ever done, and I think it turned out really great. I love the little details like the silver rivets and the captain in the cockpit.”

This special-edition Turbo Flyer is available through both company’s sites for $22. 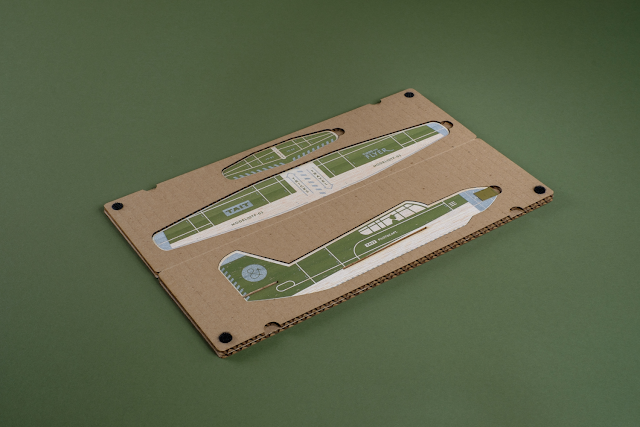 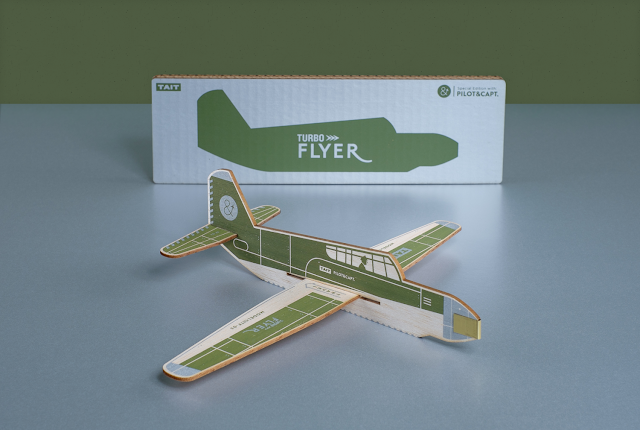 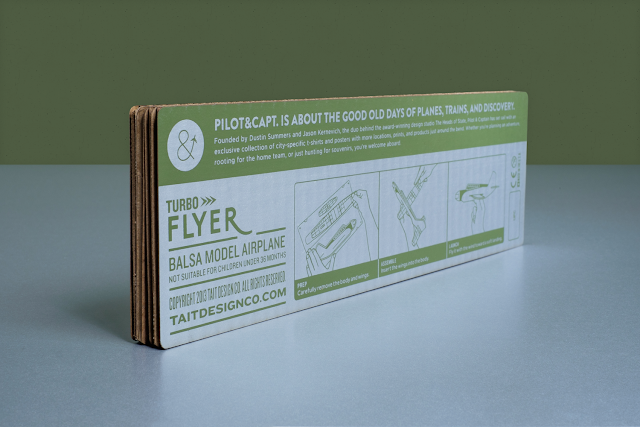 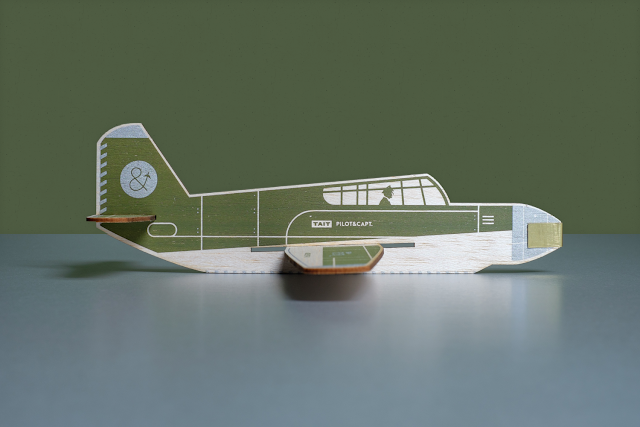 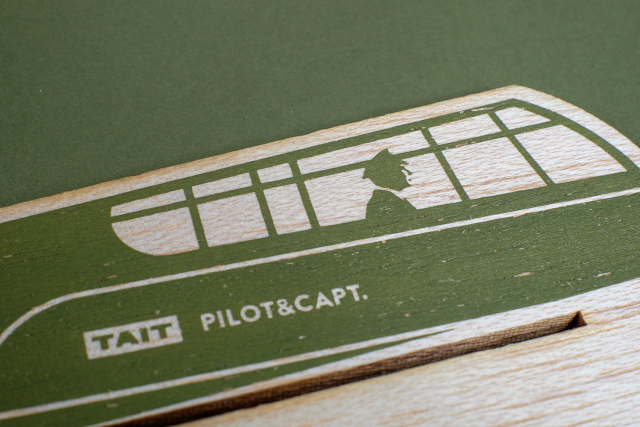