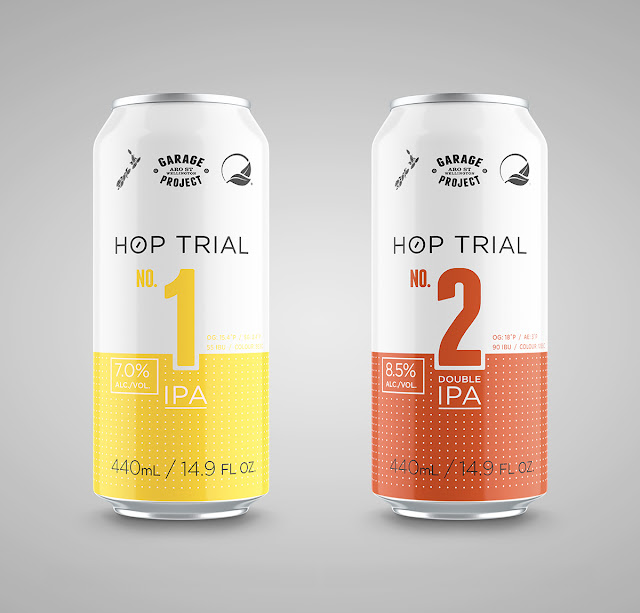 Fan-favourite brewery Garage Project was launching a special project – trialling a set of brand new hop varieties developed by Plant & Food Research and New Zealand Hops. Hops so secret that they can’t even be named. Seriously, I asked.

GP wanted to match these new varieties to appropriate beer styles and release them to the drinking public. They would be put through rigorous testing, both in a working brewery setting and in the refined mouths of New Zealand’s burgeoning beer aficionados.

Flying Whities pitched a design approach that reflected the new lines mysterious scientific beginnings, would appeal to the true beer geek and get people involved in a true taste experiment. Putting aside the general designer-shtick of less-less-less, we asked the GP team for more info, more numbers, more science. And then we put it all on the can. 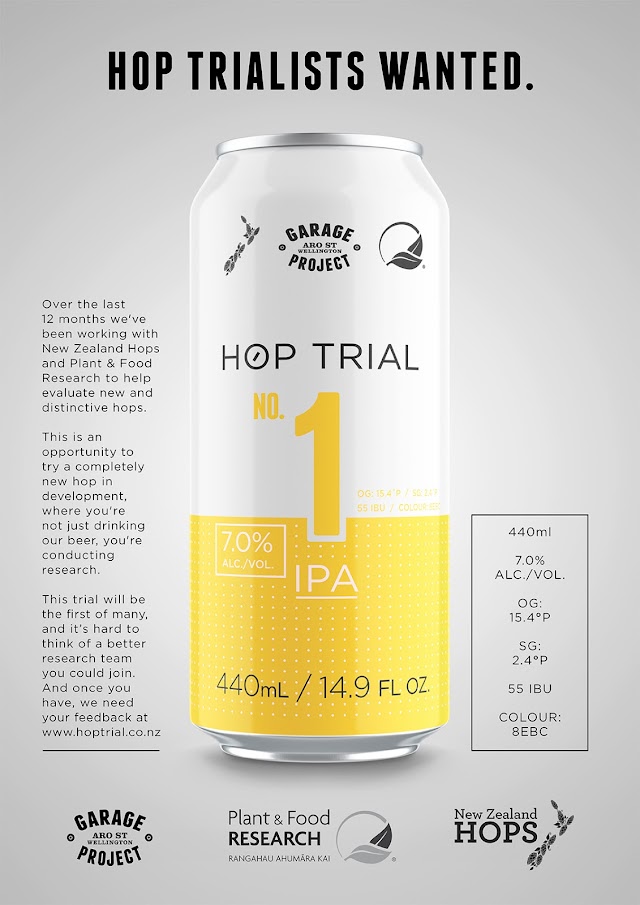 The number of beers in the Hop Trial line was unknown at conception, so to keep printing costs down the black ink plate of the entire line remains the same, and a secondary plate featuring the name, technical specifications and flavour notes is created per- beer and paired with the black plate for each beer released.

The result is a two plate can print on white base coat 440ml cans. 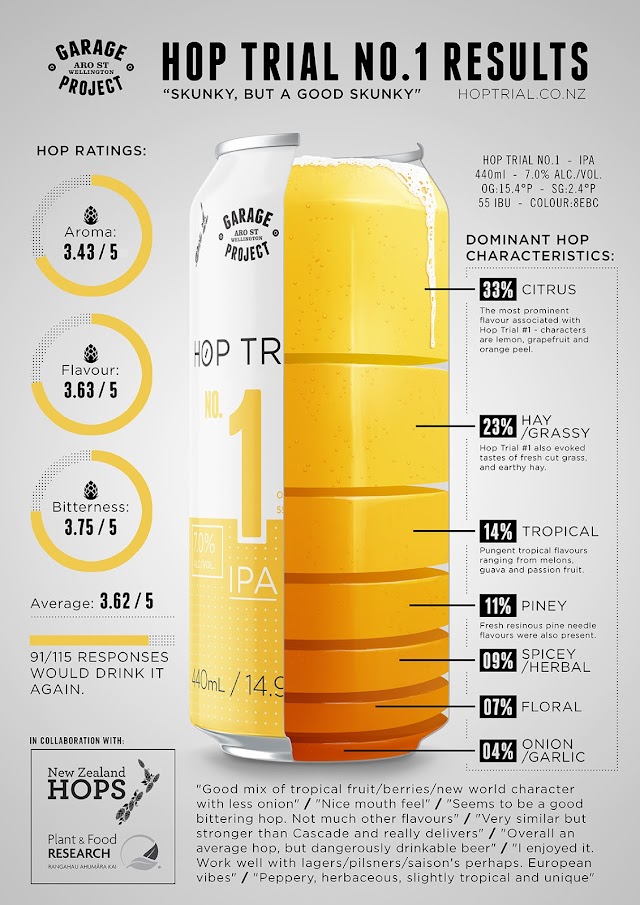 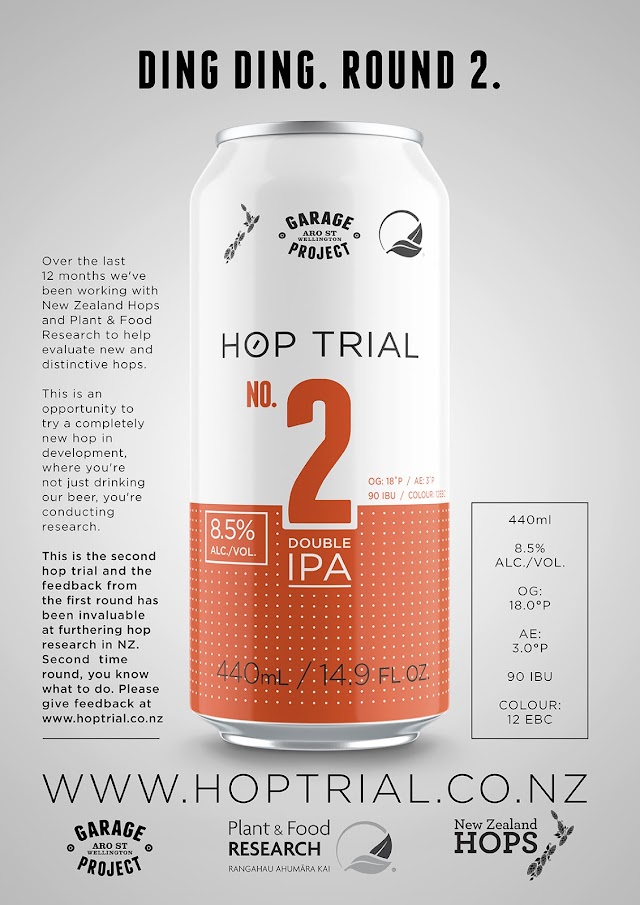 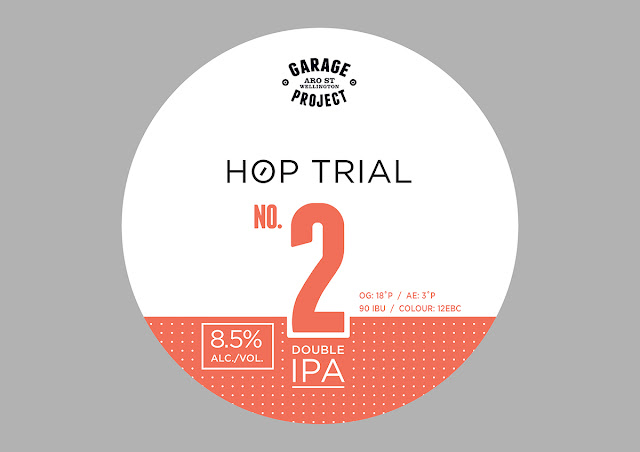