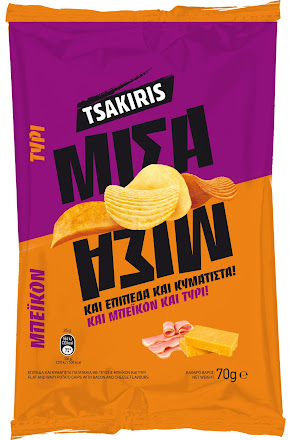 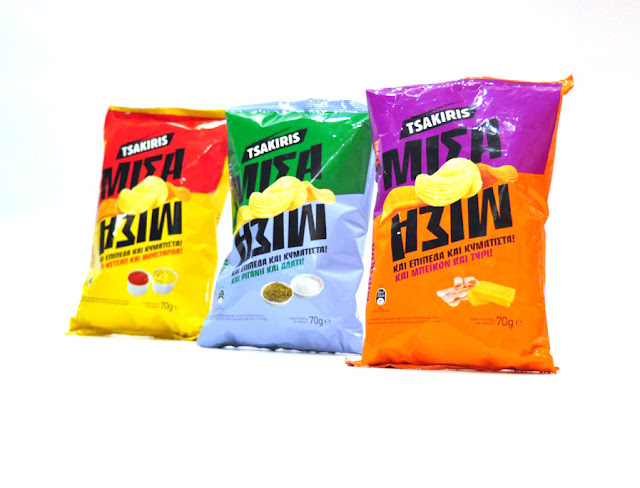 MISA-MISA is an innovative potato chip product from Tsakiris Chips in Greece. It is the first product ever to combine two different potato shapes (flat and wavy) and two different flavours in the same bag. Due to this unique combination, the package should clearly represent and communicate the duality and originality of the concept.

The packages were split in half, diagonally, representing 2 different colors according to the chosen flavours. Blue and white for “Greek gyros and Yoghurt sauce” flavour (also representing the Greek flag colours, since gyros is a traditional food), deep red and green for “Pepperoni and Tomato sauce”, were added to the existing combinations of red and mustard yellow for “Ketchup and Mustard”, orange and purple for “Bacon and Cheese” and light blue-green for “Salt and Oregano” flavours.

The colours are vibrant because MISA-MISA represent a fun potato chip that accompanies you when you have a need for combining different tastes.

Both wavy and flat potato chips are shown in the middle of the package, right were the split is, so that it is perfectly understandable for the consumer that there are two different shapes of potato chips in the same bag.
The name MISA-MISA is presented in the middle, written straight and upside down (giving more character to the fun element of the product)

The company’s logo is also clearly presented in order to remind consumers of the brand’s establishment in the market, which gives value and quality to the product.

What’s Unique?
The packaging can be read both ways up or down 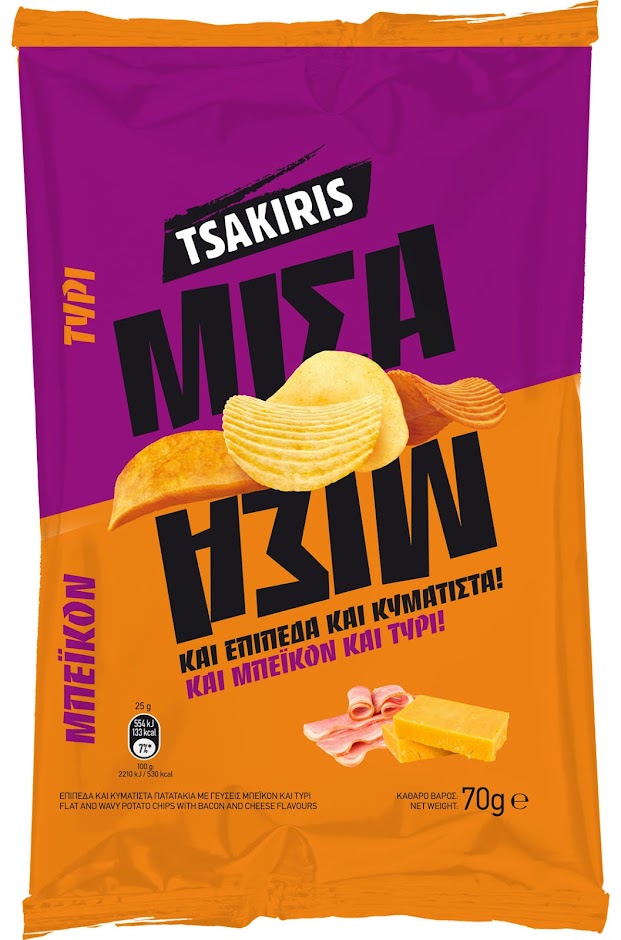 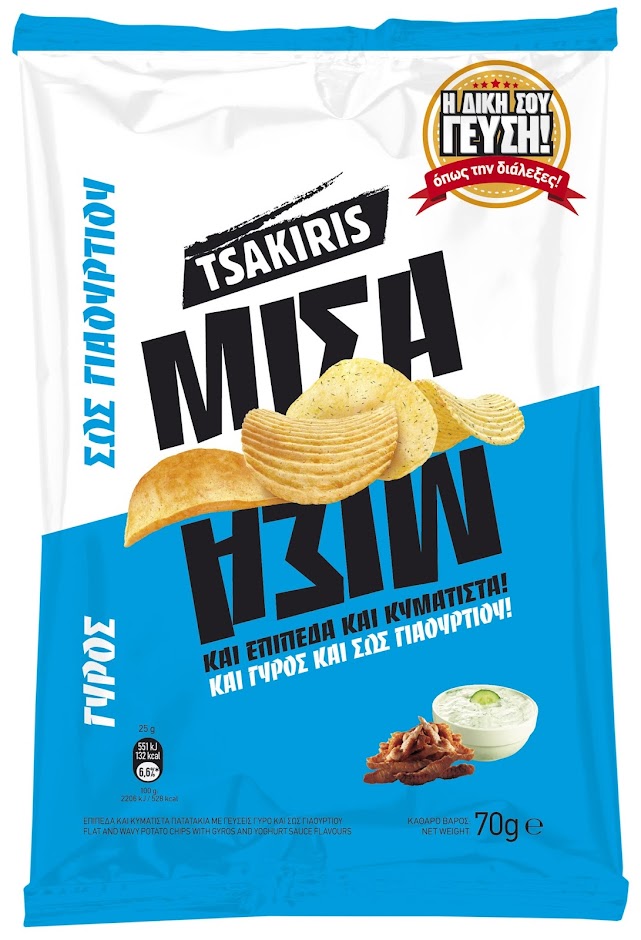 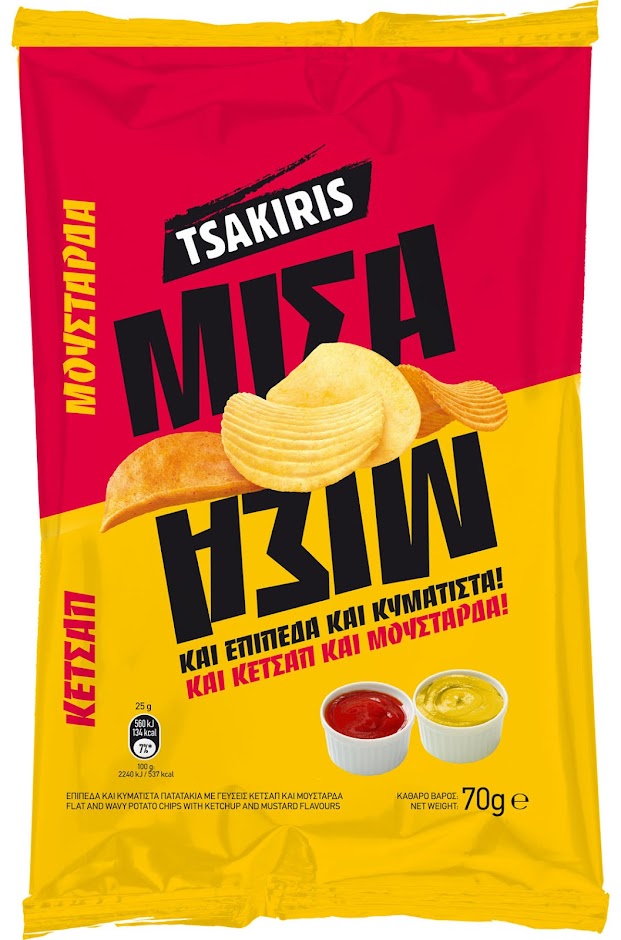 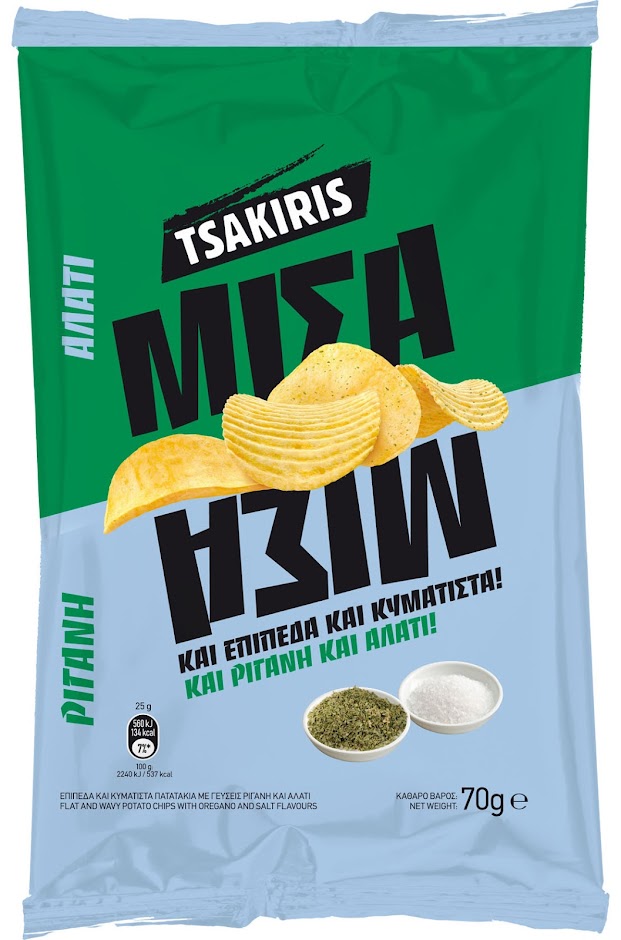 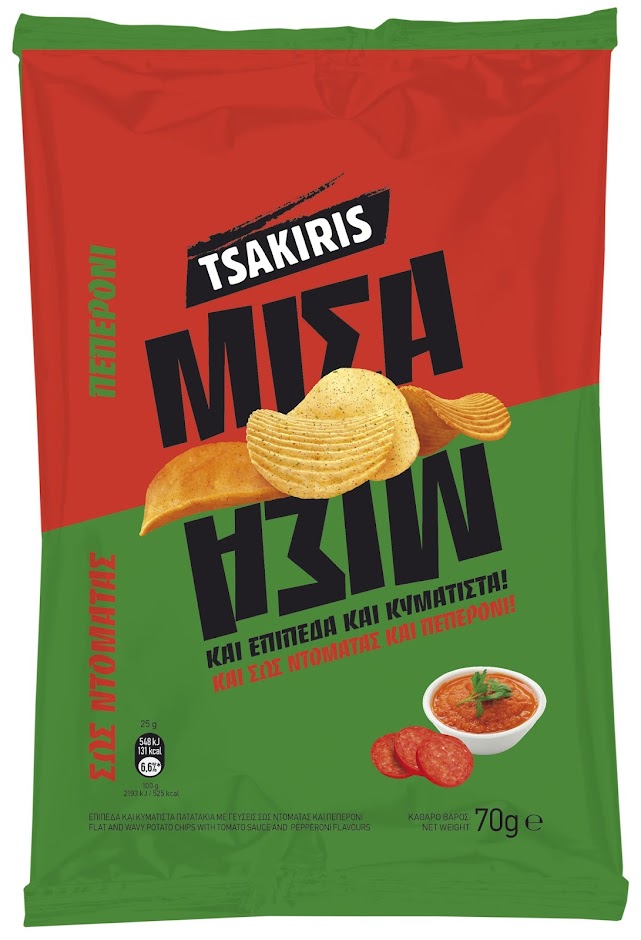