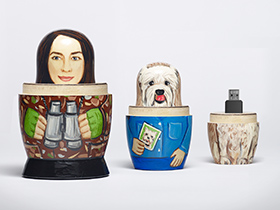 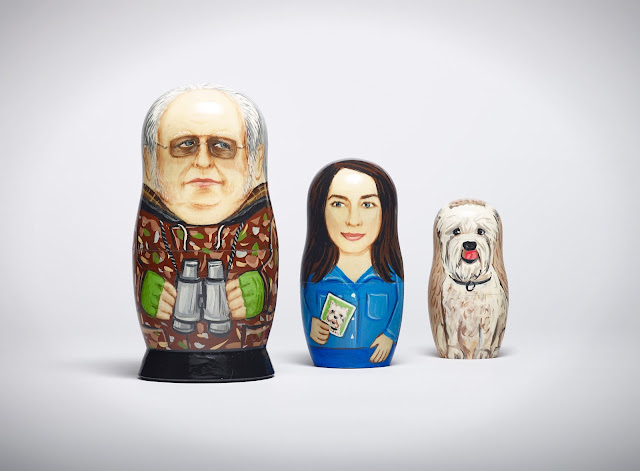 Does your film festival press kit stack up to this one from Pereira & O’Dell?

“Finding Donut” is the story of real-life Russian pet detective, Valeriy Sugrobov, who tracks down a lost dog named Donut in the streets of Moscow. The film was a part of a larger campaign that launched in January that highlights the interesting ways people use Skype in their various professions.

Much like the short film, the nesting dolls lead you on a search to find the lost dog. The largest of the figurines, hand painted by Julia Baklanova, is Valeriy himself followed by Donut’s owner Masha and finally Donut, the adorable West Highland White Terrier who is in possession of a USB containing the short film, as well as movie stills, credits and additional press kit materials.

The short film can be viewed online at https://youtu.be/Uf8rBfdrt68 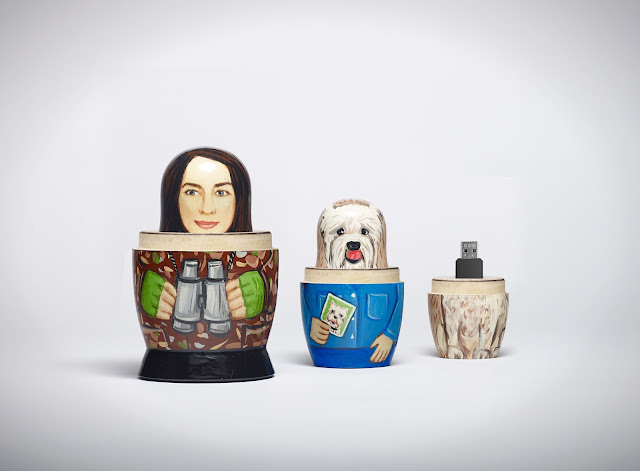 What’s Unique?
Film critics are not an easy audience to tap into. Into to get their attention ahead of film festivals a press kti must be unique. Matryoshka dolls are often designed to follow a particular theme. In this case, it’s finding a lost dog named Donut. 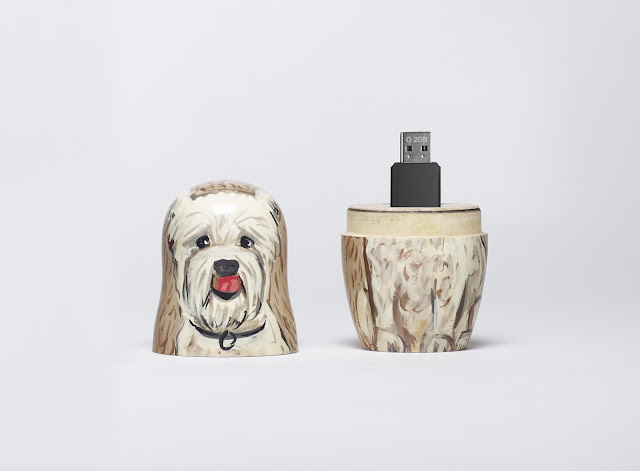