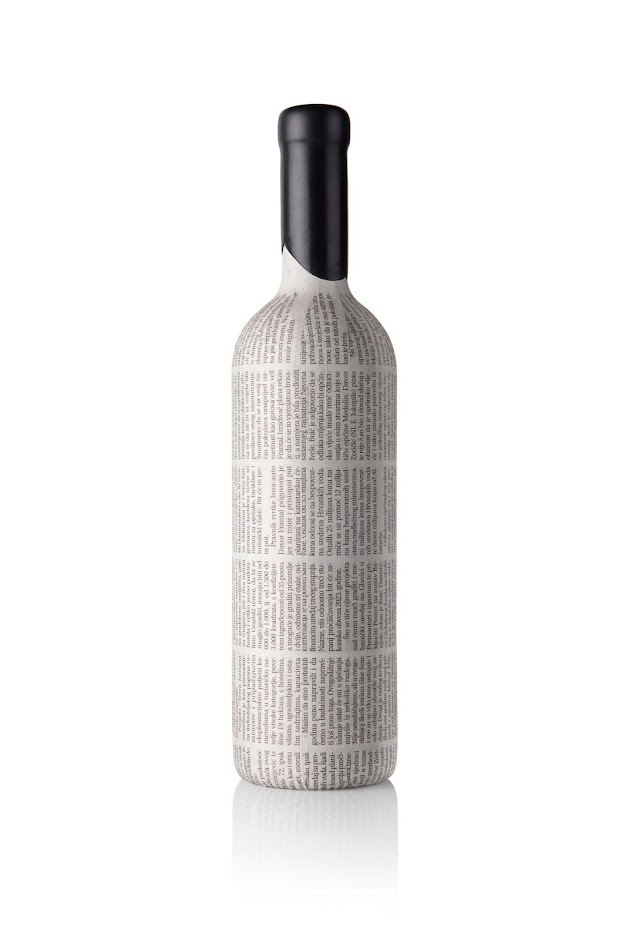 Dimitri Brečević is a winemaker born in France. There he studied enology, and then decided to come to Istria, where his father was born. In the 2006, he founded his own winery in Buzet/Istria/Croatia. The wine brand he produces is called Piquentum(latin:Buzet). Piquentum offers the typical aroma of Istrian sorts, but in a completely sincere way. Dimitri believes in wines that need more time and are able to develop nice secondary/tertiary aromas. “You have to try to understand the grapes, the terroir and the consumer, to find the truth. I want to discover the character of this land”, says Dimitri. Grapes for this wine are hand picked in a vineyard situated in the region of Istria (Croatia), unique because for 80 years it had been cultivated exclusively by using natural methodologies. And therefore, this vineyard fully reflects the philosophy of the wine producer Dimitri Brečević. Time, weather, space and honesty – that’s what this winemaker believes being crucial for the quality of wine. So the label had to reflect the character of the wine and the winemaker’s philosophy. 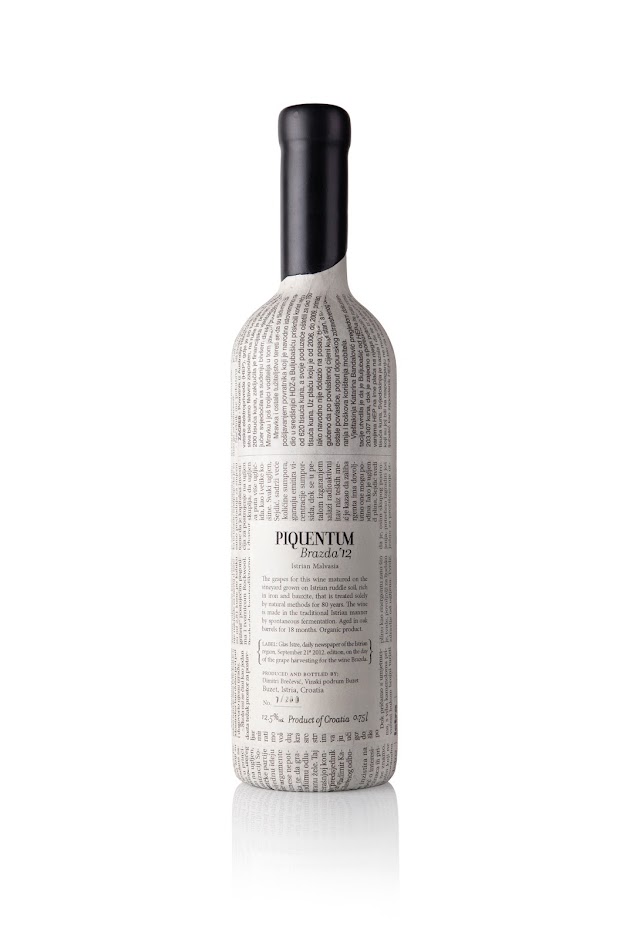 What’s Unique?
Preparations necessary to create the bottle labels for this wine edition, bottled in 2014, date back to the 2012. More precisely, they started on September 21st, 2012 – on the day of grape harvest. Since the wine producer believes that time, weather, space and honesty are being crucial for the quality of wine, the production of bottle labels for this organic wine had begun by collecting 200 copies of “Glas Istre”, daily newspaper of the Istrian region, printed on the day of the harvest. That is actually the embodiment of the symbolism of time (September 21st, 2012), of space (regional newspaper of the area where the wine is produced) and honesty (information transmitted by newspaper in a given time and space). Honest is as well the way in which labels are produced from the original newspaper paper (Glas Istre 21.09.2012): the pages taken are deprived of all extras and details, reflecting thus the character of the wine itself. At the same time the graphic element of the newspaper text that resembles a cultivated field, very appropriately recalls the wine name: Brazda (meaning: furrow, in the Croatian language brazda means a trench made in the ground by a plow).

The work on this label has started 2 years before the wine was ready for consuming. And the label, made from local newspaper, printed on the day of grape harvest, is thus reflecting time, space and honesty. The consumer is today able to revive what happened on the day when the grapes have started their transition into the product/wine. This wine edition was sold out, required by many wine collectors. And since it had won many awards, it was a great PR for the winemaker. It was also chosen for the permanent collection in the Arts&Crafts museum in Zagreb. 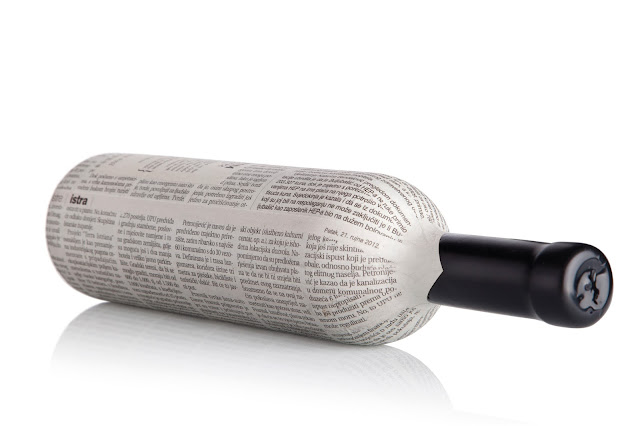