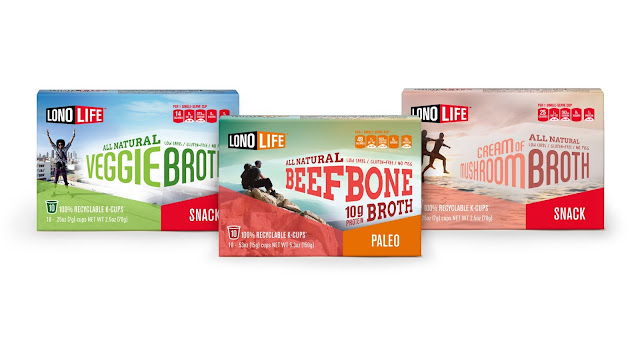 Kick Elevates a Challenger Brand to Become a Contender

Minneapolis design consultancy Ideas that Kick recently helped a challenger brand, LonoLife, envision themselves to stand for something bigger than a “broth in a k-cup” company. And so they could stand-up to readymade soup giants, like Campbell’s, with a fighting chance of success.

Kick started with strategic insights and the development of a brand positioning story to chart the path forward. A new brand emerged, full of heart and authenticity. LonoLife — the bigger your dreams, the braver your leaps. So get brewing. Then get living.

Packaging comes to life with real-life adventures depicted to engage culinary adventurers who want more out of life. Nutrition stats playfully demonstrate their meaningful difference vs the competitors. Kick has created 5 flavors to date, with several more slated to launch.

LonoLife targets Millennials plus the niche Paleo dieter and CrossFit set. These audiences are willing to pay up to $8 for a cup of bone broth in urban settings like NYC. Now they can have it for a fraction of the cost, while extending the use of their Keurig machine with LonoLife’s recyclable K-cups.

The products have lower sodium and more nutritional value than the mass competitors. The flavorful, all-natural offerings are debuting at the 2016 Winter Fancy Food Show in San Francisco on January 17-19. LonoLife has been honored as one of 31 products showcased in the New Products Pavillion.

“For this brand, we didn’t want to just leverage convenience — a common differentiator for commodities. We aimed higher, because these broths aren’t just another lowest common denominator product,” explains Kick’s co-founder Mary Kemp. “They are packed with robust flavors, high protein and are lower in sodium than the mass broths. We crafted a brand story, imagery and packaging that elevates the messaging to resonate with the lifestyles of our Millennial audiences that aspire to live life well.”

“Campbell’s launch of K-cup soups has allowed us to enter the market as a new player in an already formed category, rather than teach the consumer how to use the Keurig machine for broths. A great advantage for us as it allows LonoLife to speak directly to the consumer’s heart,” suggests Kick’s executive creative director Stefan Hartung. “As a brand, Campbell’s only reminds people of those bland canned soups their mothers and grandmothers used to heat up on the stove. Millenials aren’t sentimental about old brands. They respond to brands with something to say — something they can aspire to and believe in.”

“We turned to Kick to help create a brand that would resonate with and attract other early adopters, but we got a lot more than we were expecting,” says LonoLife’s Lawrence Holland, CEO. “LonoLife is now poised to attract new consumers, from Paleo dieters to active Millennials to K-cup users looking for new ways to put their machines to use. Kick’s combination of authenticity and aspiration resonates across all of these audiences. We are standing out and getting the attention of retailers, the industry and media. Onward and upward from here!”

Currently, LonoLife is available in select retail locations and online at Amazon.com. 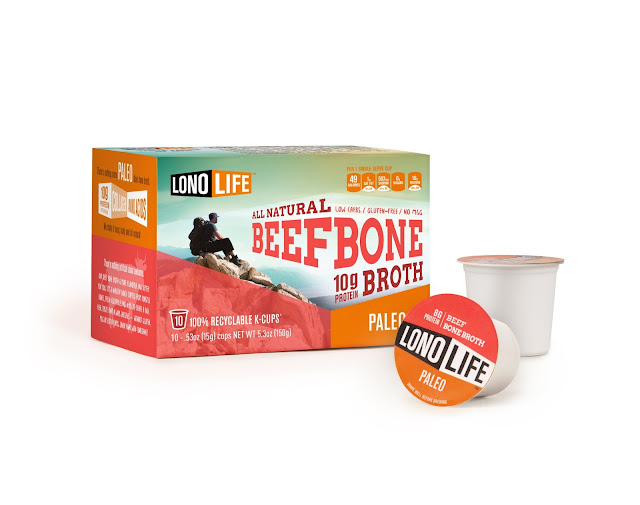