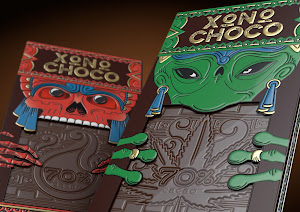 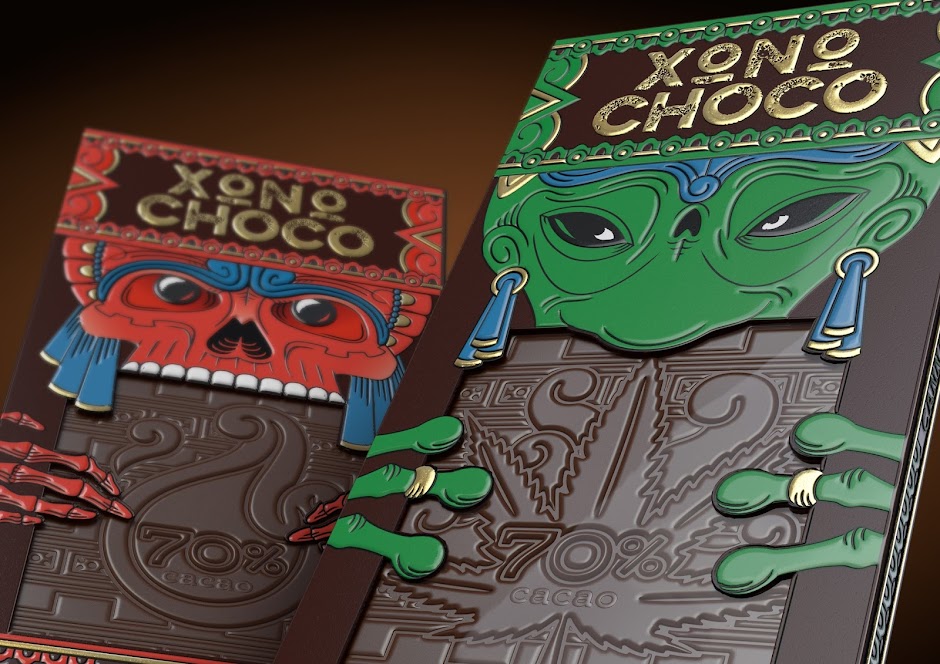 XONOCHOCO – a chocolate brand, the idea and the name of which has a truly historical roots. This is a story about the role of the ancient Aztecs in chocolate development, interpreted in packaging design.

The name derives from the name of Xoconochco area conquered by the Aztecs, which had the largest plantation of cocoa beans. As we know cocoa beans were valued more than gold and served as currency.

Aztecs are known as a very advanced ancient civilization that, according to some researchers, could be influenced by an alien civilization. The Aztecs were very religious and in fact bloodthirsty people whose gods needed human victims.

Packaging Design – is the interpretation of archaeological findings and contemporary cultural stereotypes. Each type of chocolate bears one of the historical features of the Aztecs’ culture. Thus a skull on the chocolate with chili filling symbolizes the extreme combination of flavors, at the same time reminiscent of Aztec cruelty. Alien reminds us that the aliens could play some role in the development of this civilization. 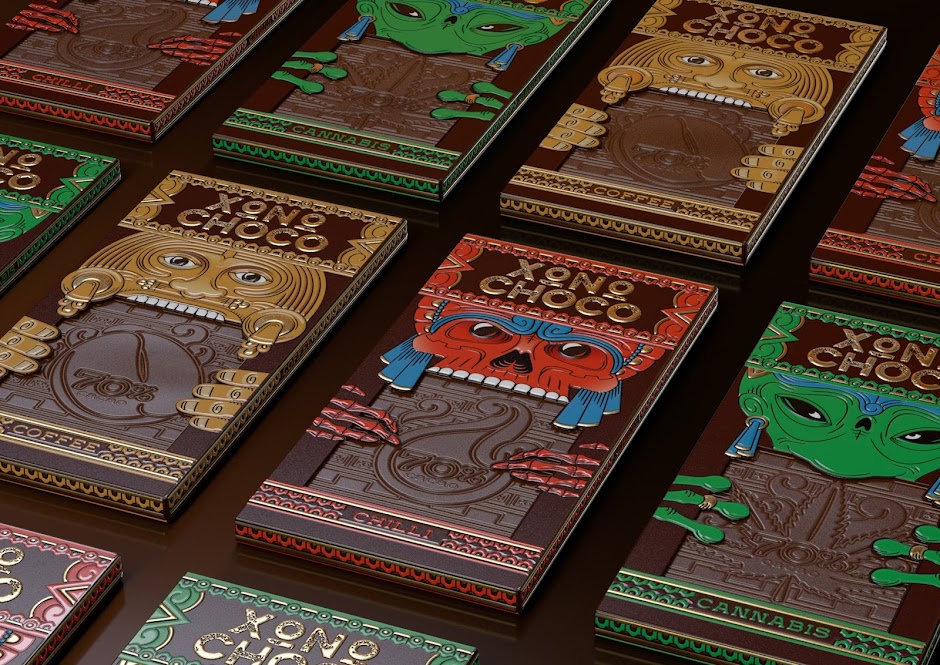 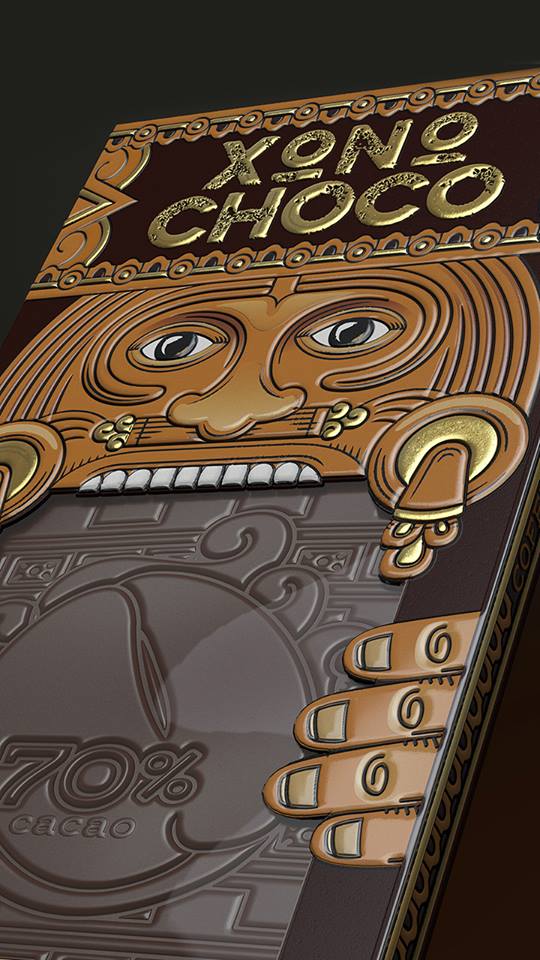 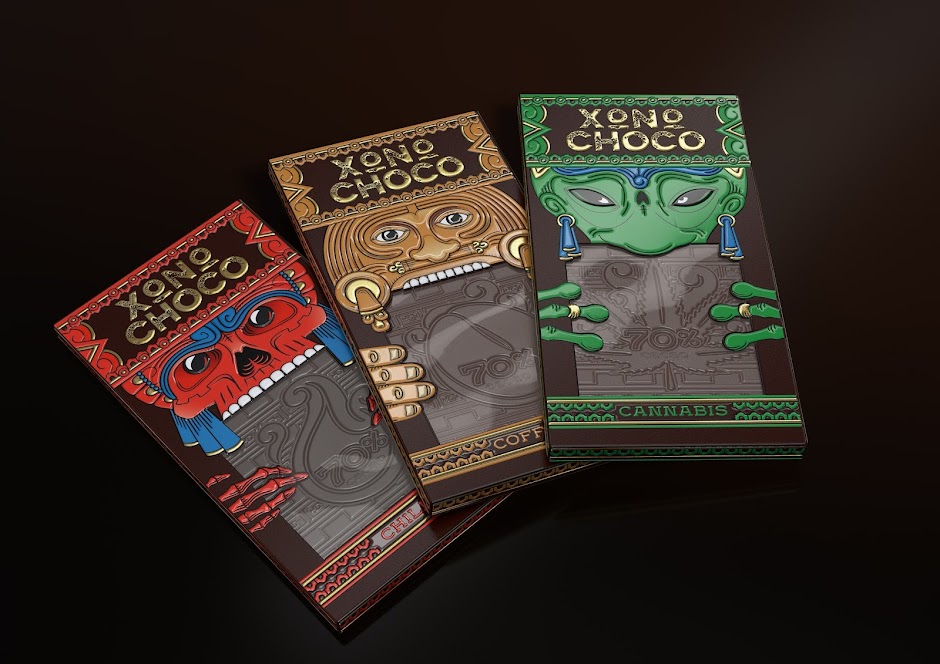