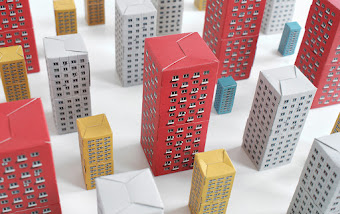 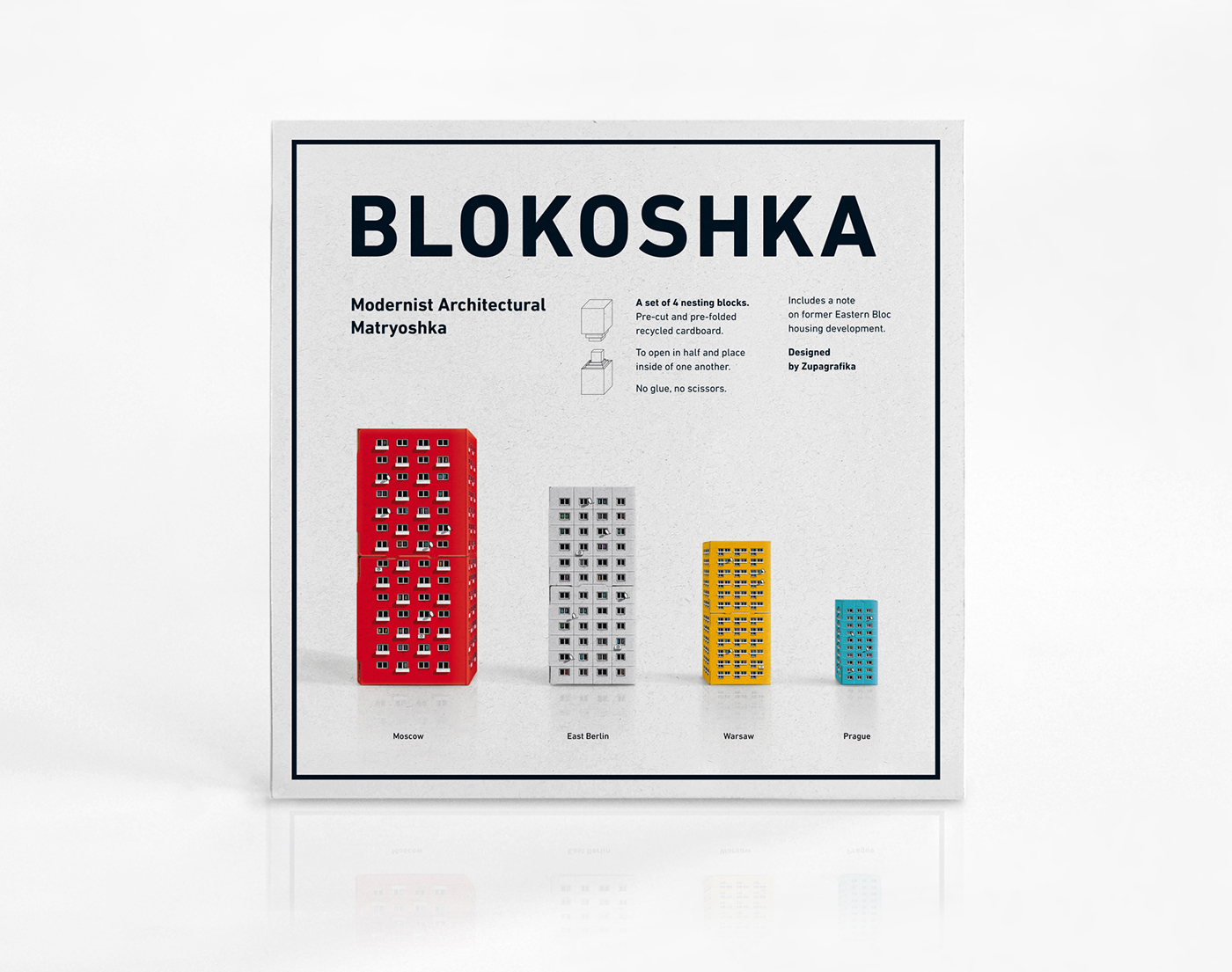 Blokoshka is a modernist architecture Russian nesting doll inspired by the post-war landscape of eastern European cities, designed by Polish studio Zupagrafika. The four build-it-yourself mini tower blocks are printed on recycled cardboard and fit inside each other when assembled. Inspired by the former Eastern Bloc concrete modernist estates, Blokoshka is a playful tour inside out the “sleeping districts” of Moscow, plattenbau constructions of East Berlin, Warsaw estates built over the ruins of old city centre, and the panelak blocks in Prague.

The Modernist Architectural Matryoshka is a set of 4 pre-cut and pre-folded nesting blocks to open in half and place inside of one another. The kit can be easily assembled without glue or scissors and Includes a note on Eastern European housing architecture.

Blokoshka is available in the studio´s online shop. 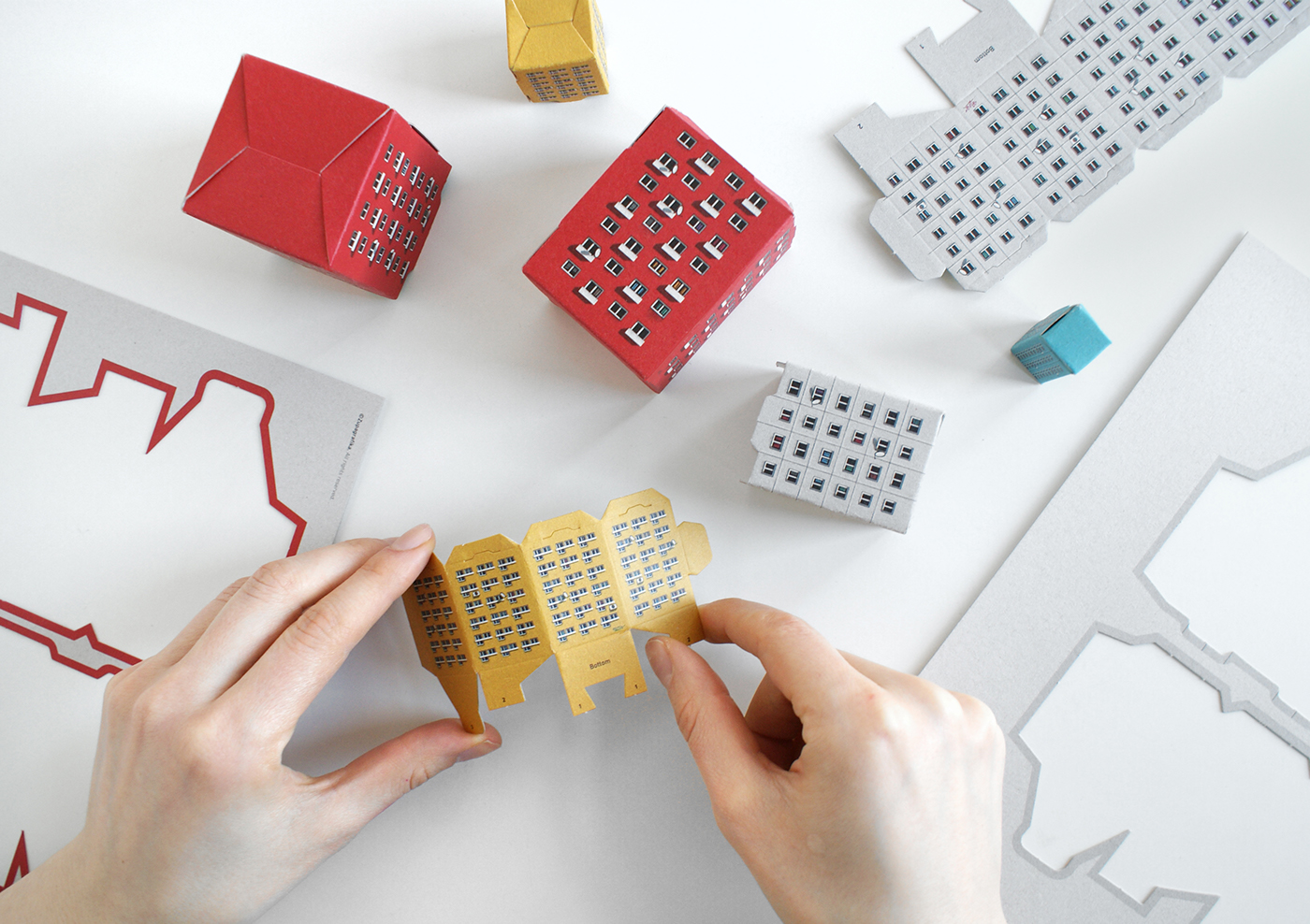 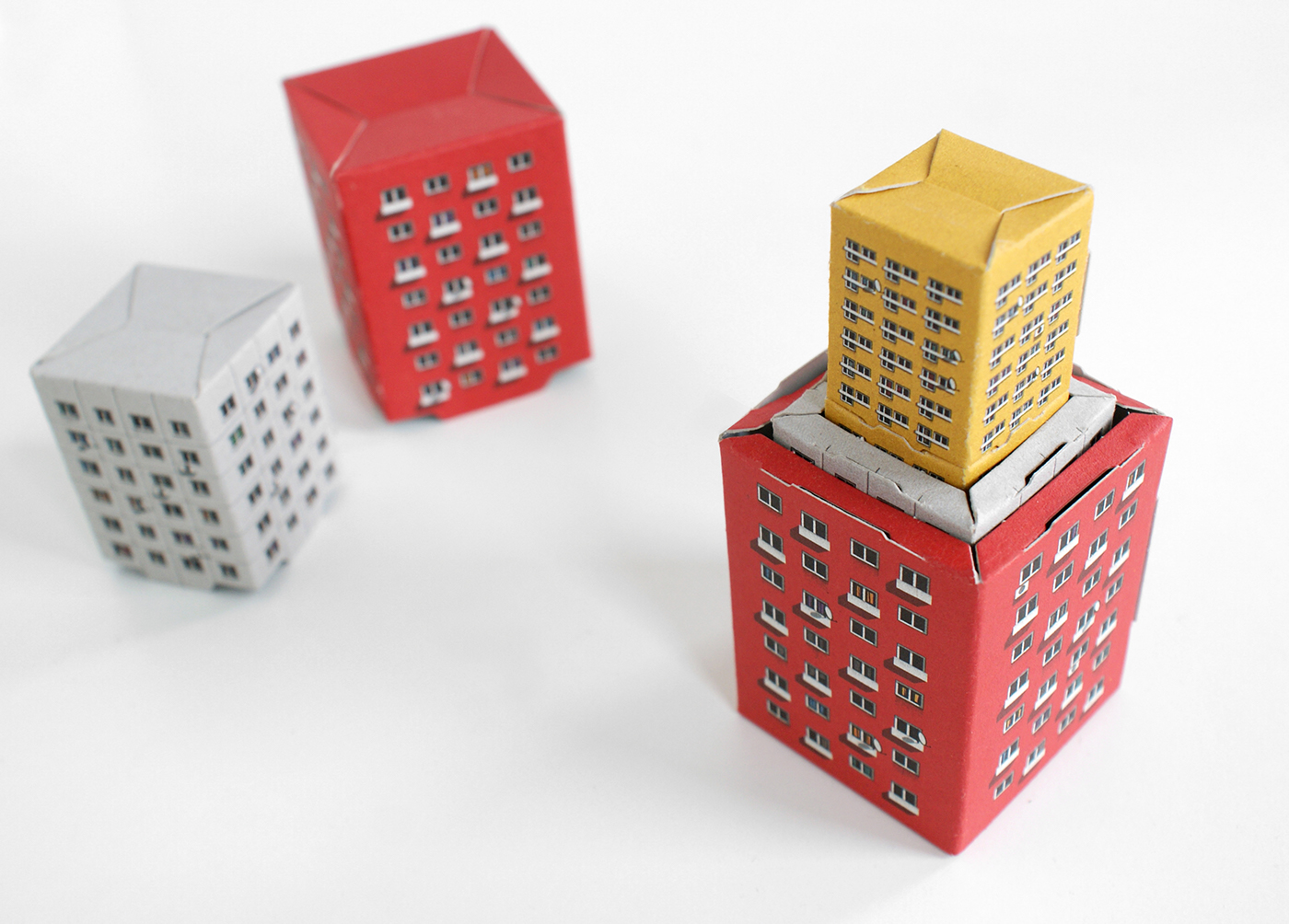 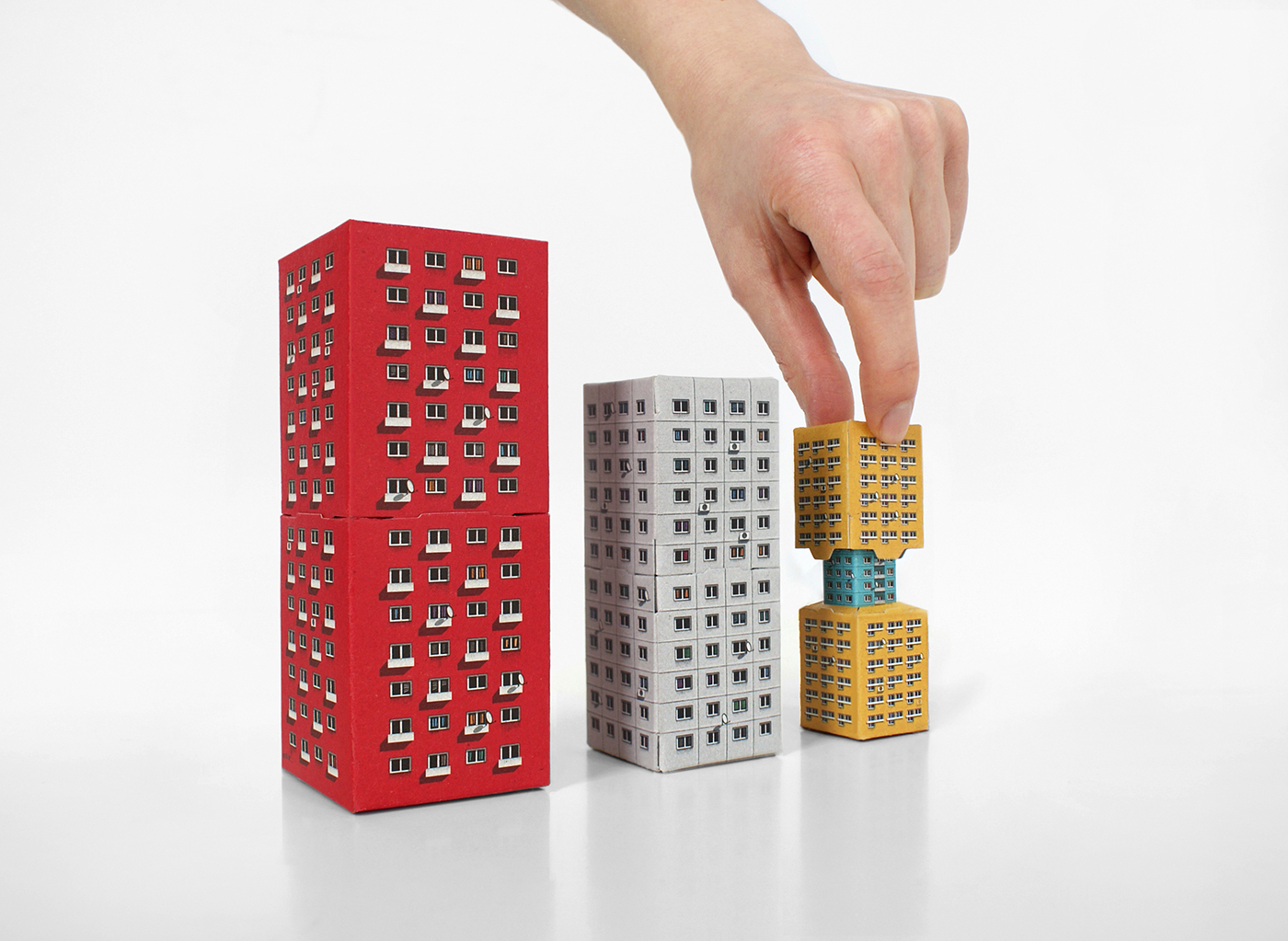 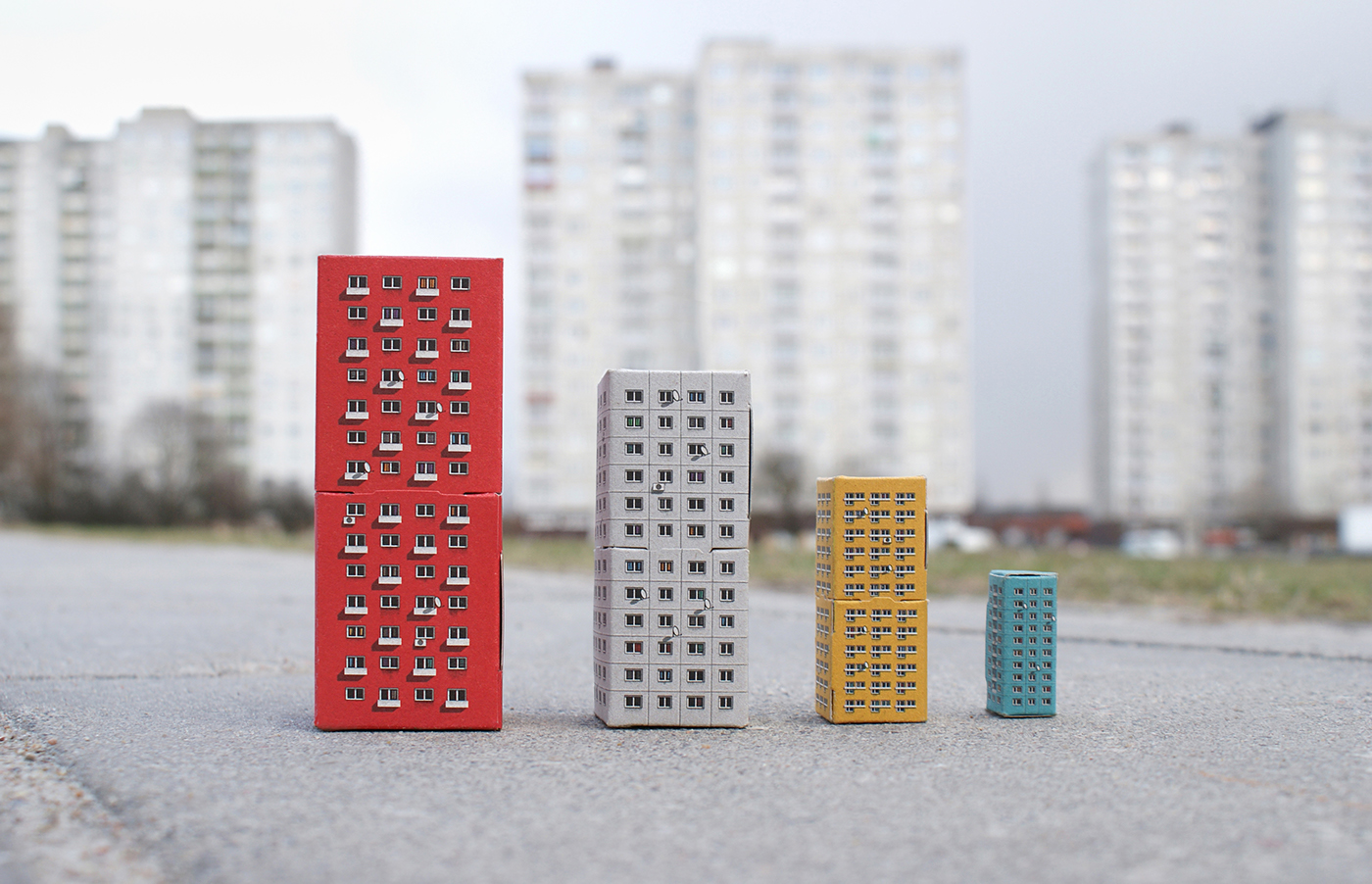 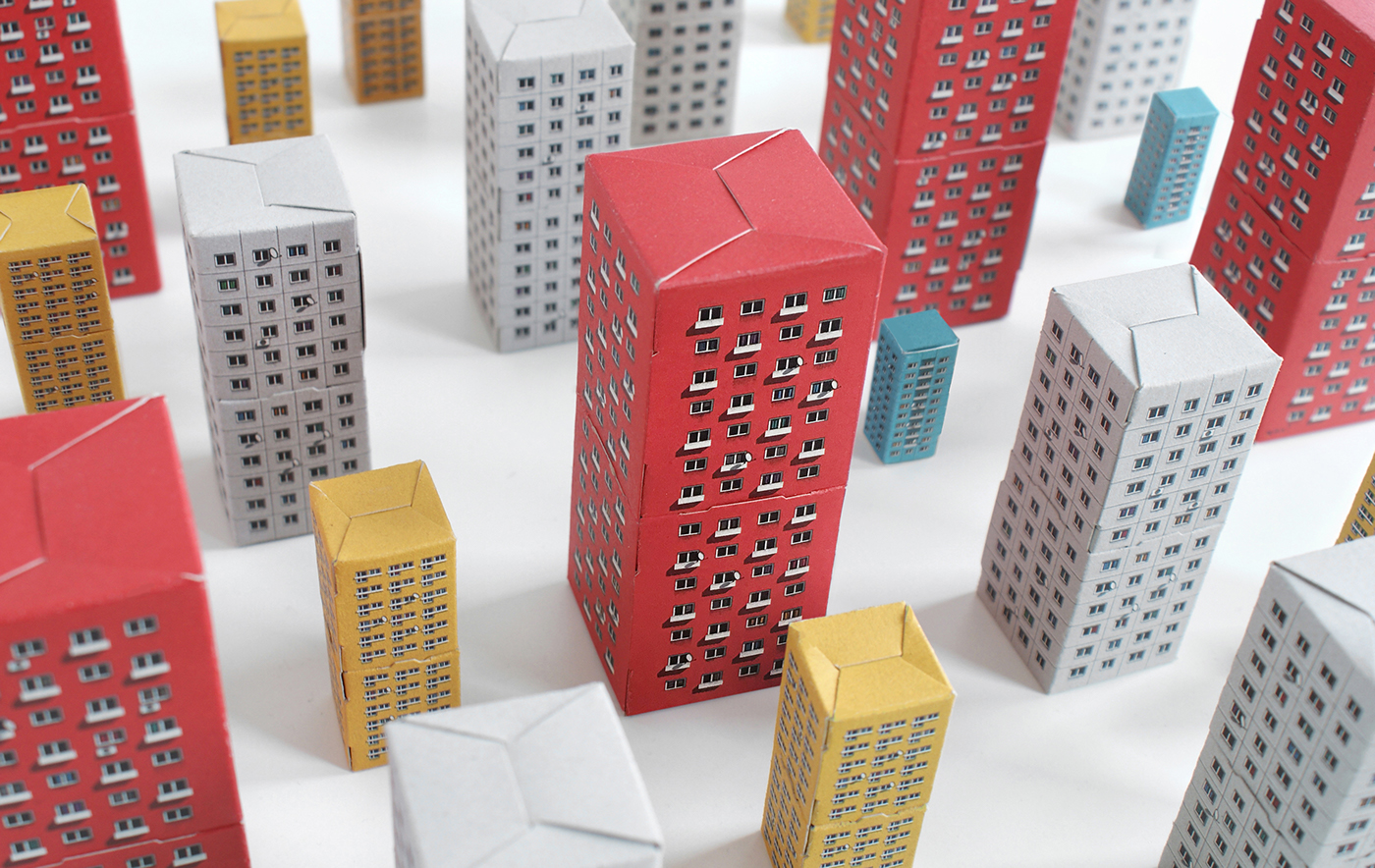