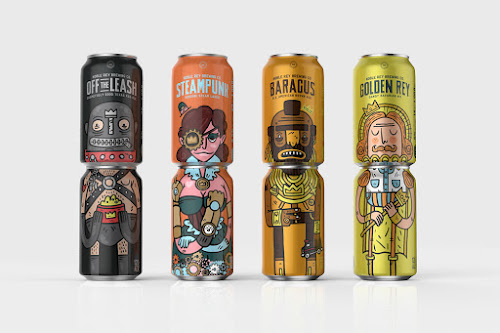 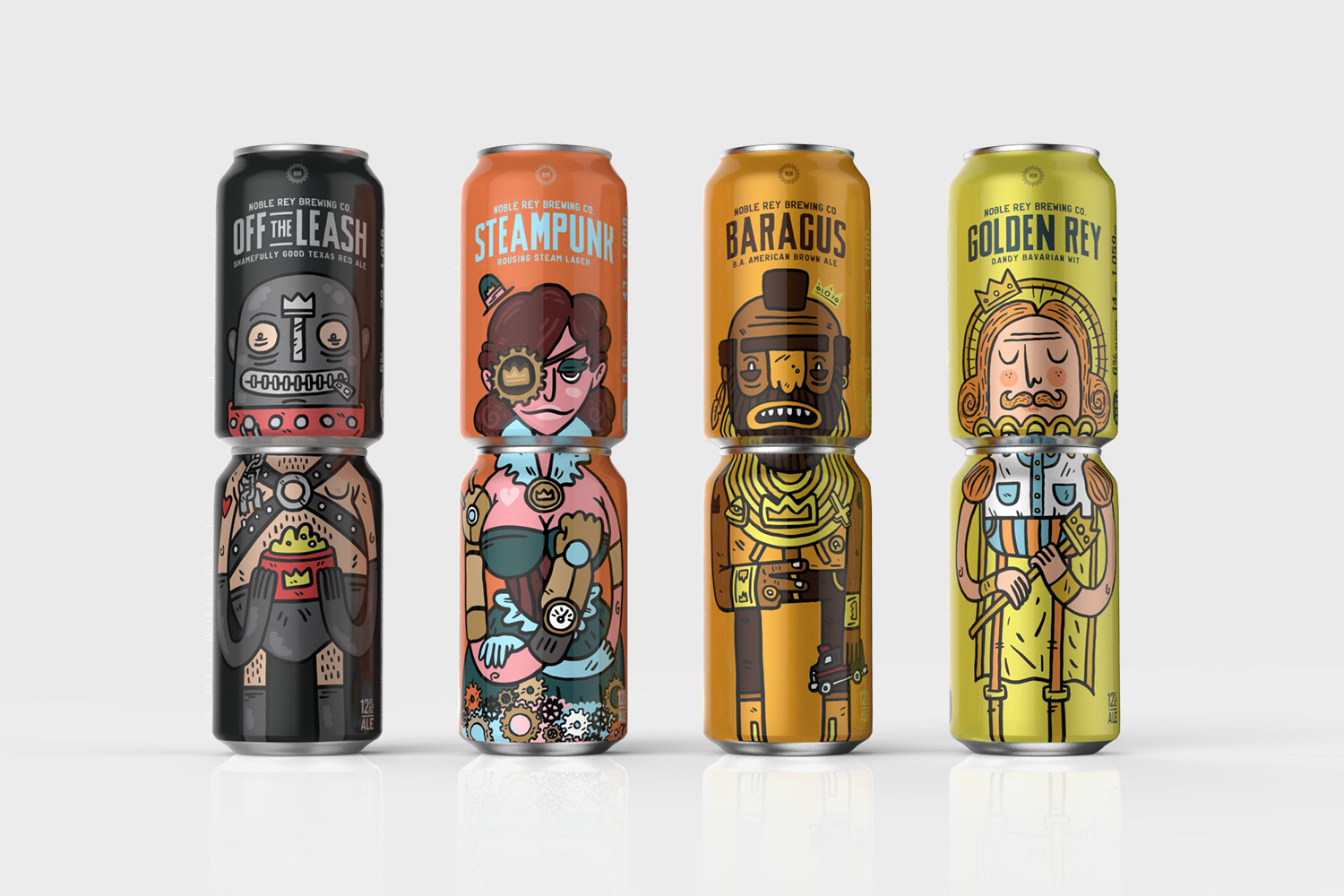 Dallas brewery Noble Rey approached us to design the initial run of their four flagship beers: Off the Leash, Baracus, Golden Rey and Steampunk. 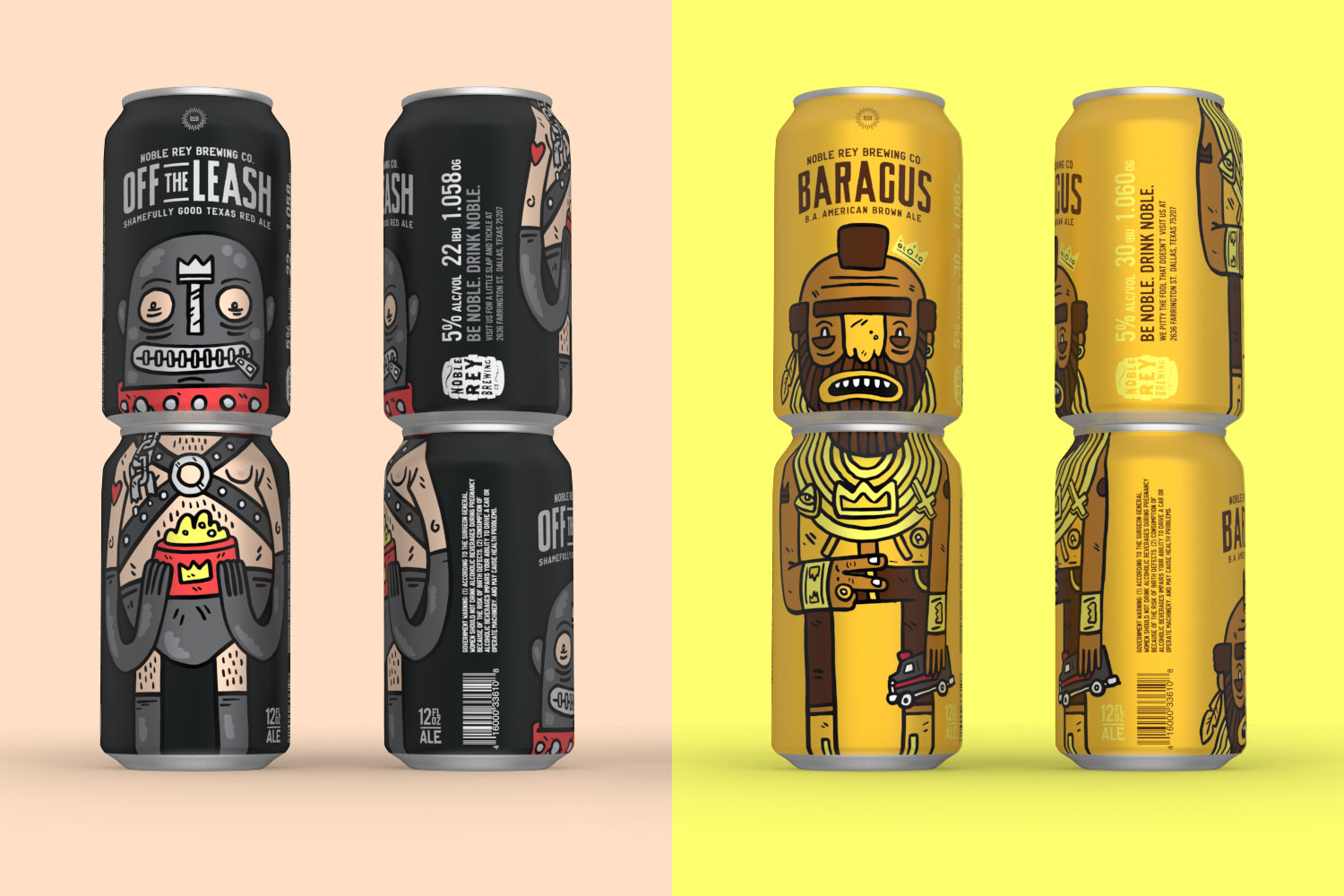 What’s Unique?
The stacking concept has been the standout feature of the packaging. Texas liquor stores and grocery chains have fully embraced displaying each the beers correctly stacked without being asked – it’s unheard of retailers being as excited about beer packaging as consumers are. 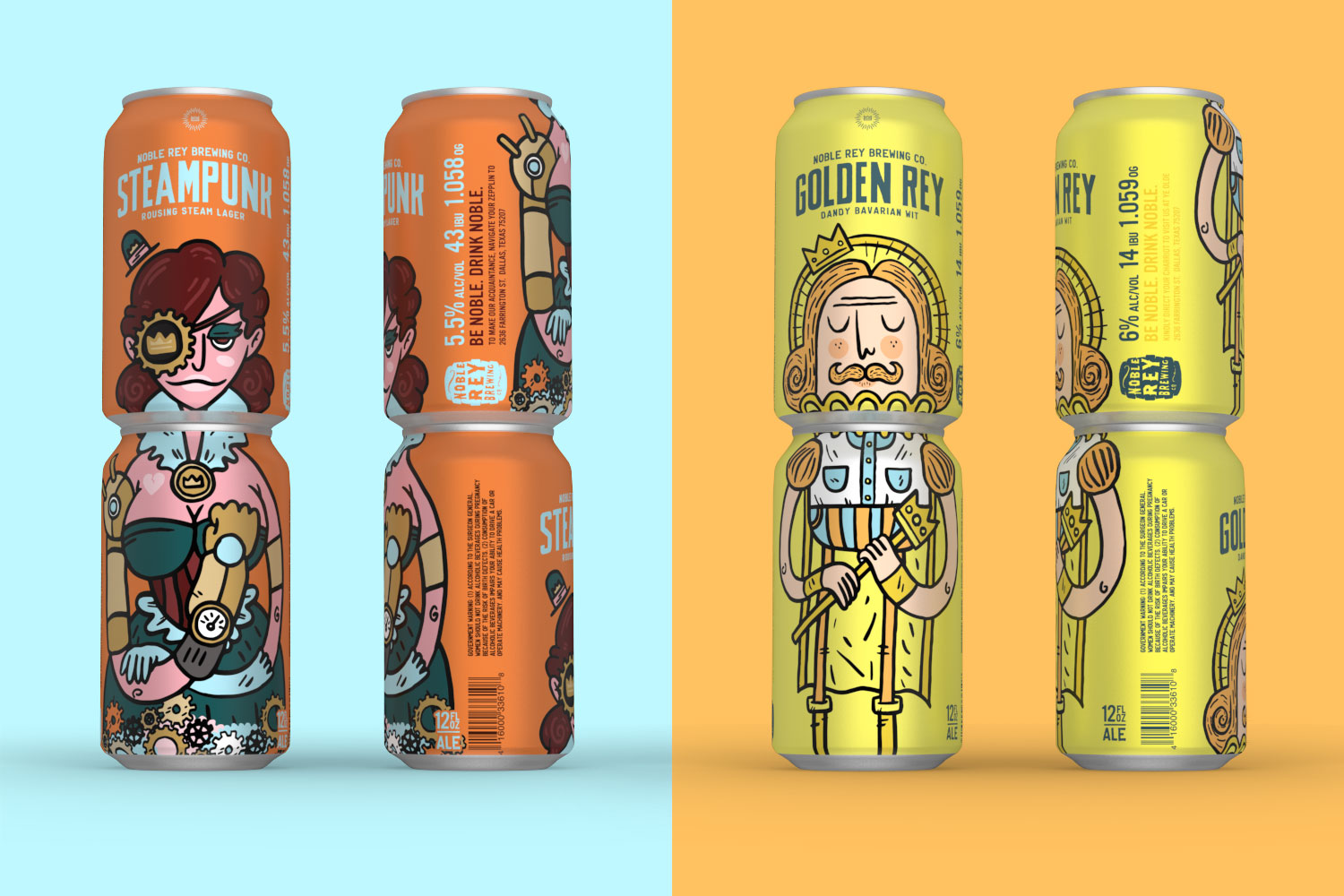 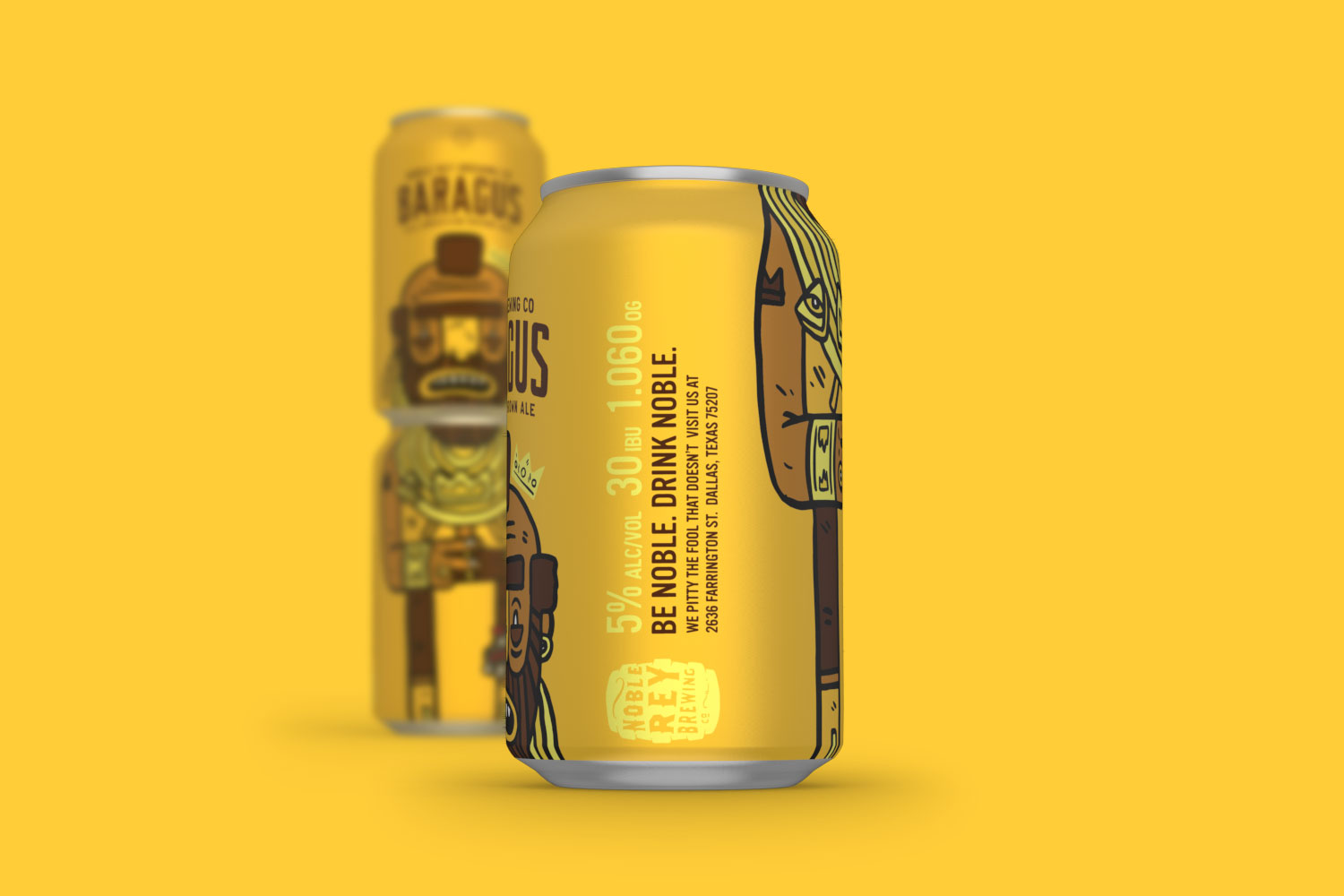 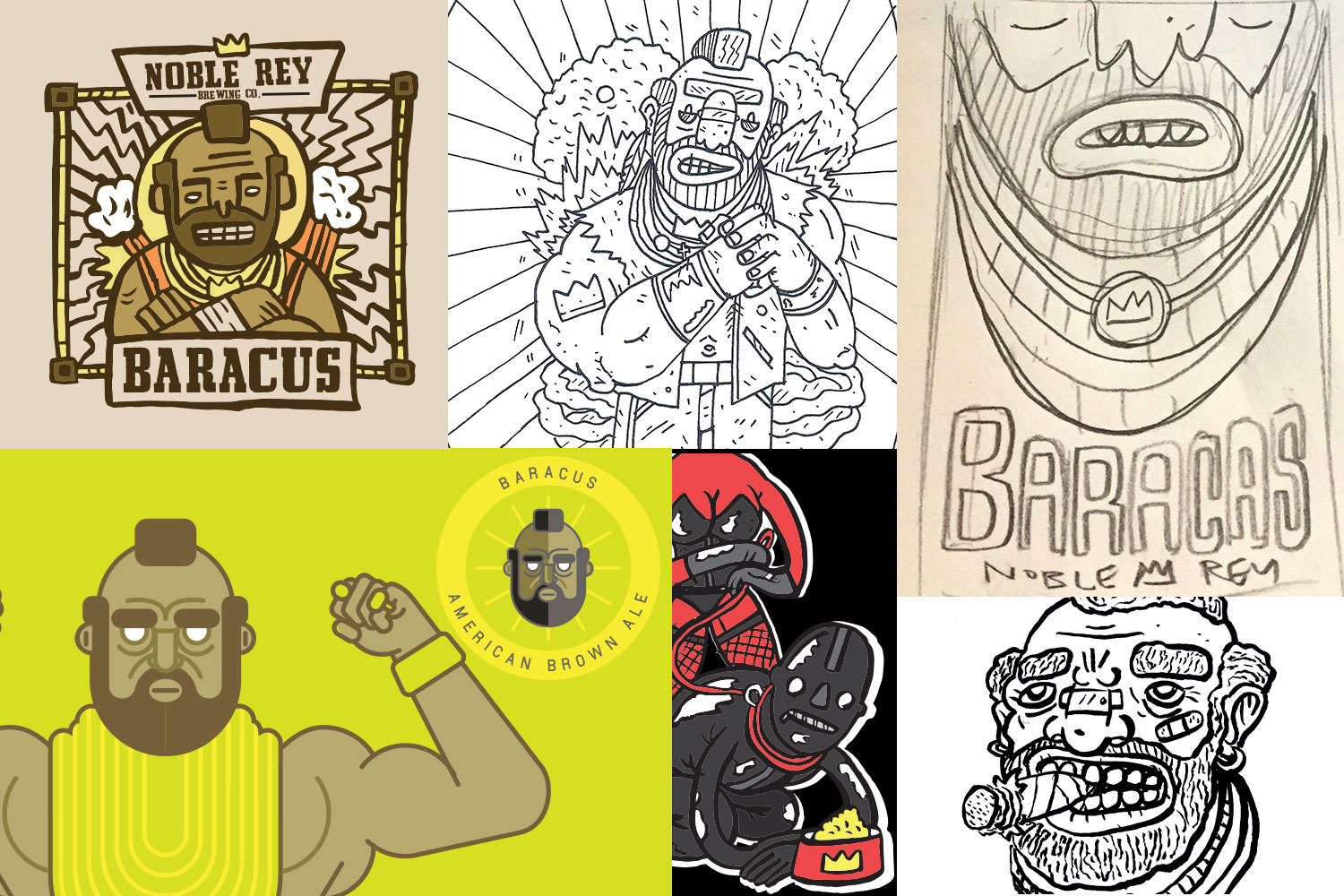