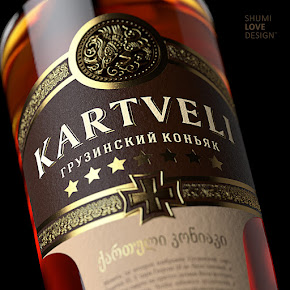 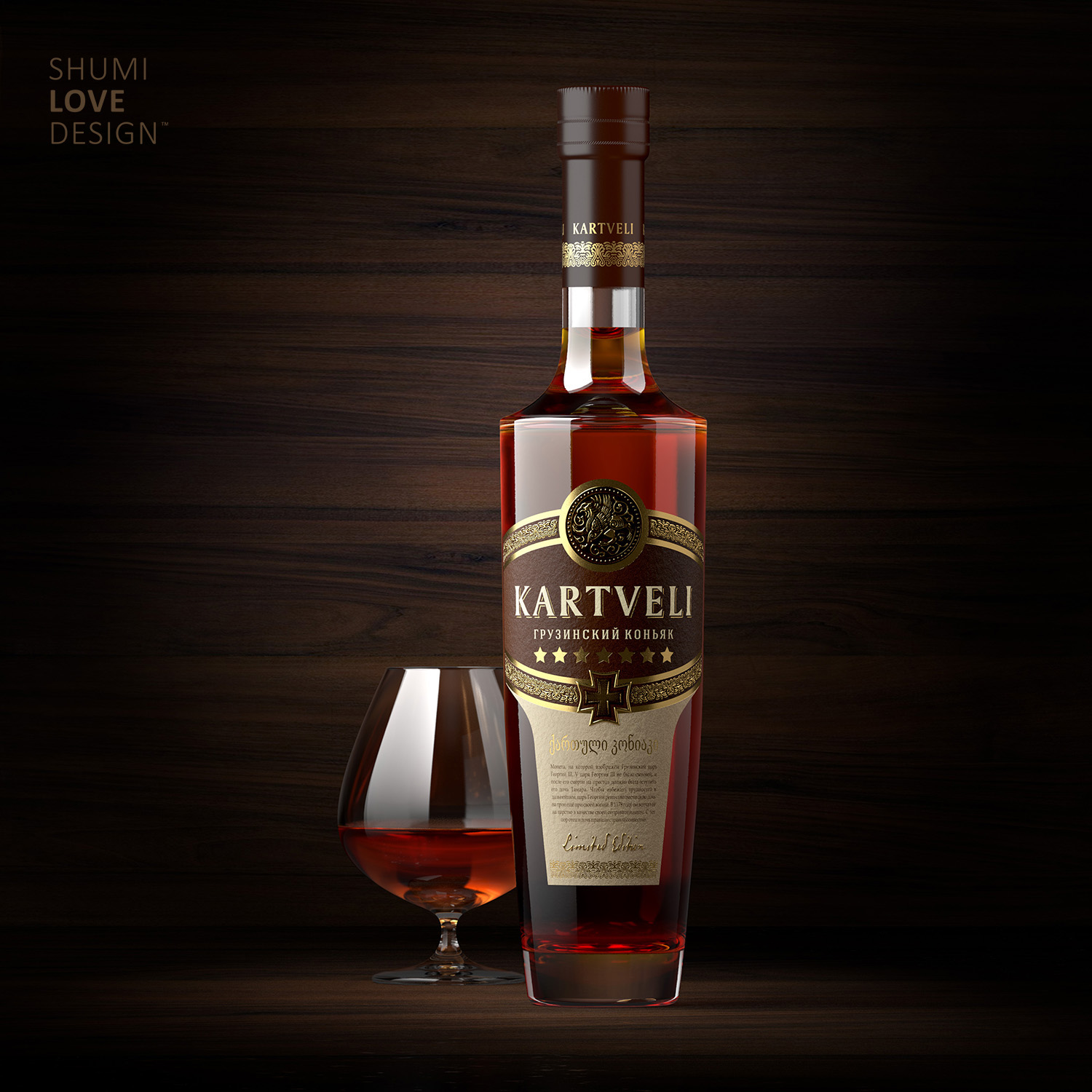 The main request for this line of Georgian cognac was creating an image that would be instantly recognized as truly Georgian, respecting century-old traditions and embodying the rich history of this people.

The first step in creating such an image was the naming process carried out by the agency. Kartveli – is a general name for the Georgian people, and in some cases and adjective meaning “Georgian” or “something of Georgian origin”. Thus, the name of the trademark itself tells the consumer that they are dealing with a genuine Georgian cognac.

Respectively, the visual aspect of the packing is executed in a manner that emphasizes the Georgian feel of the product. First, it’s important to point out the image of griffin, which can often be seen stamped on ancient Georgian coins. This mythical creature can often be seen in Georgian mythology and heraldry, so it was natural to introduce it into the label in the form of a stylized golden stamp. Having the traditional ethnical style at the base, all the other elements of the composition were also embodied as parts of traditional stamping.

It’s important to note the additional processing of the label during and after the printing stage. Special paper selection, gold foil stamping and special varnish – these techniques helped to enhance the status and exclusivity of an already integral and charismatic design. 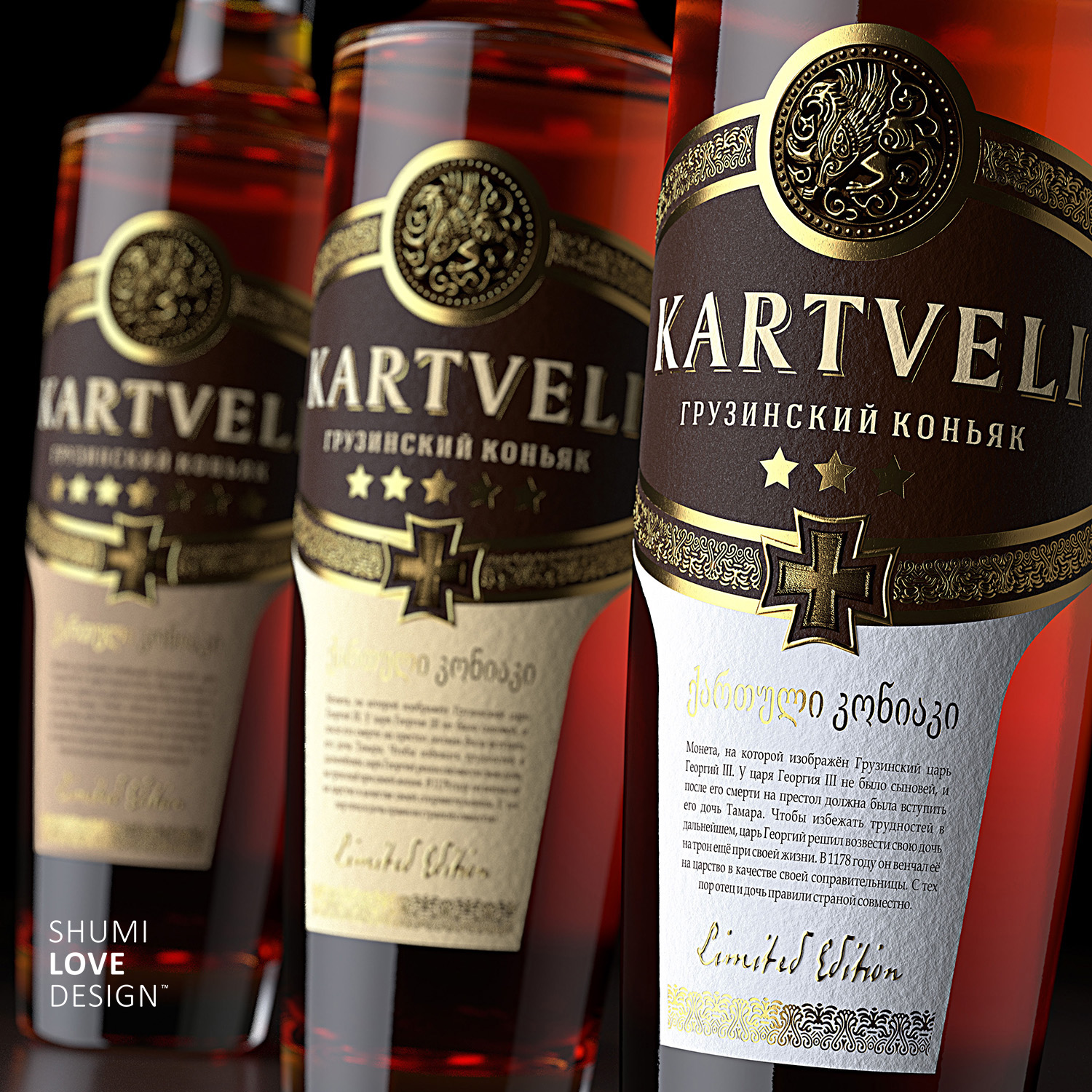 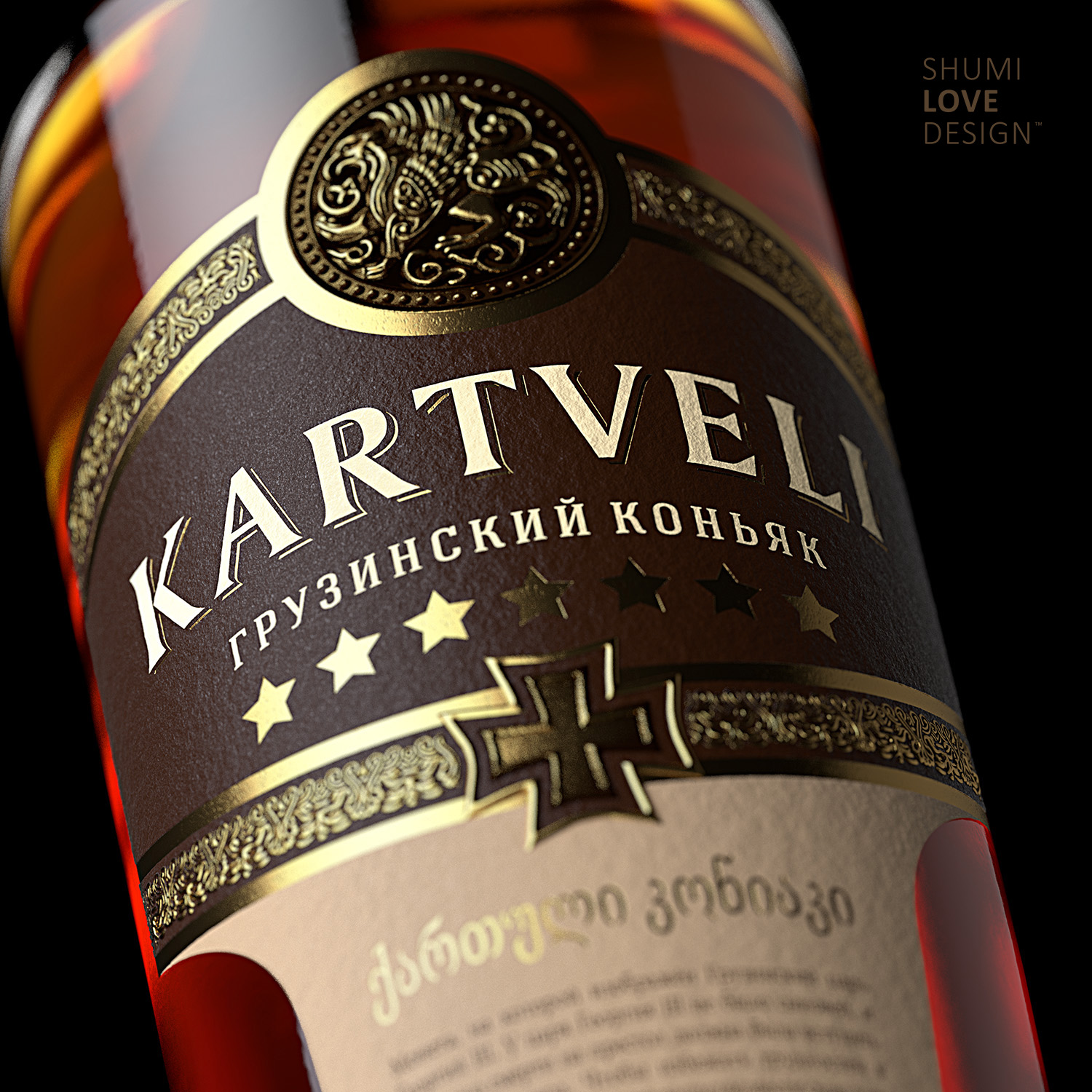 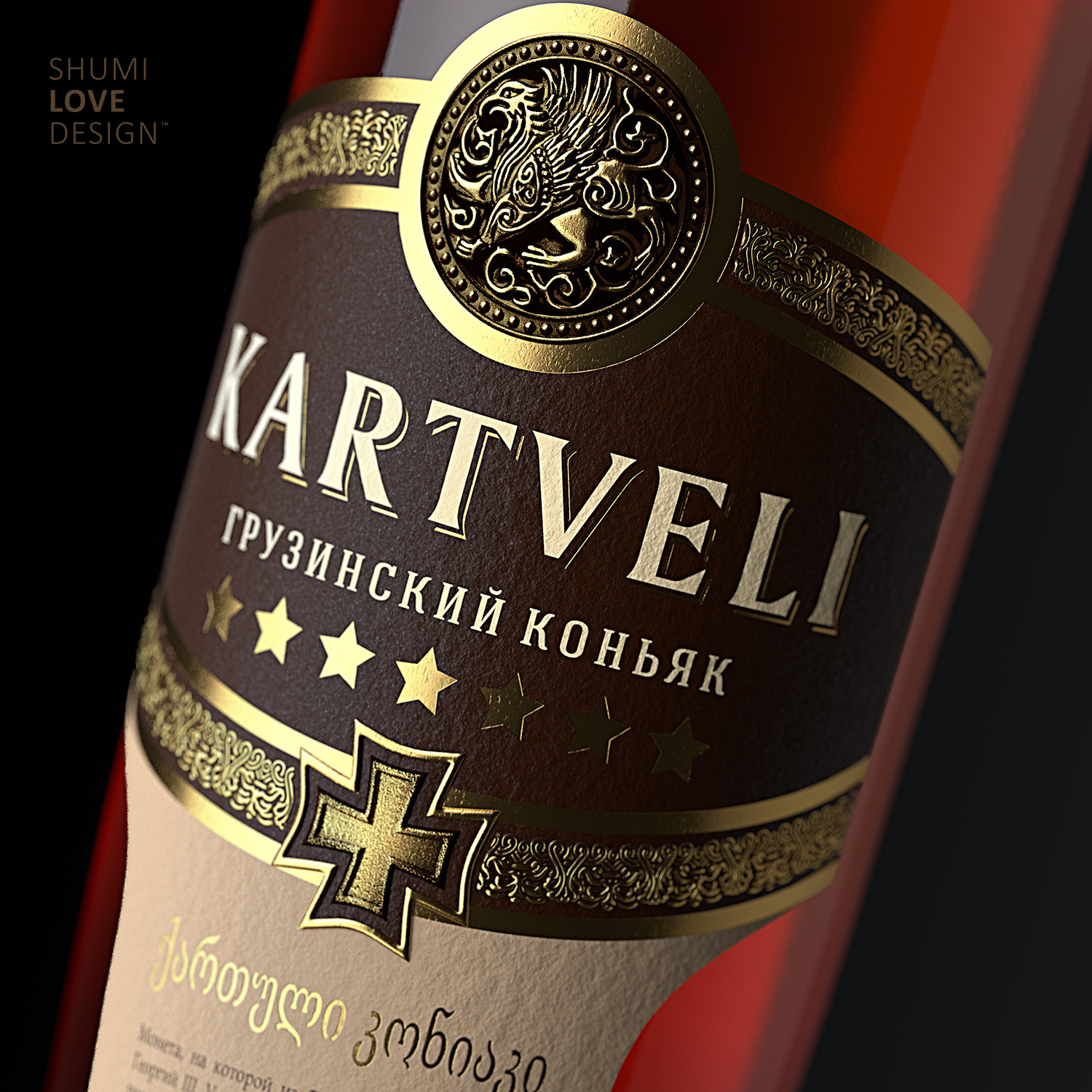 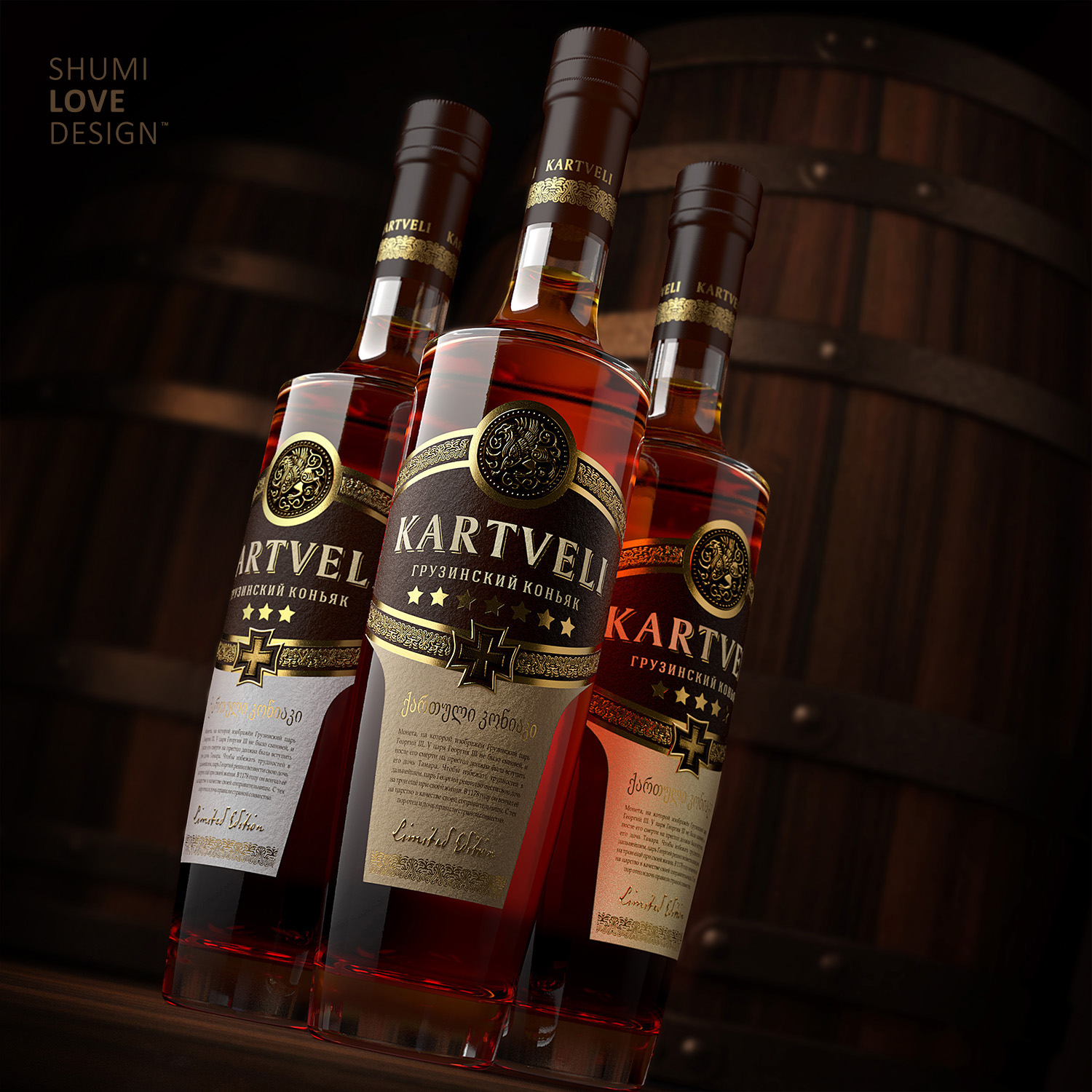