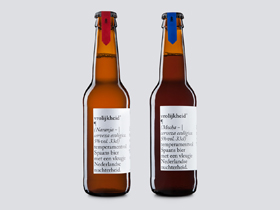 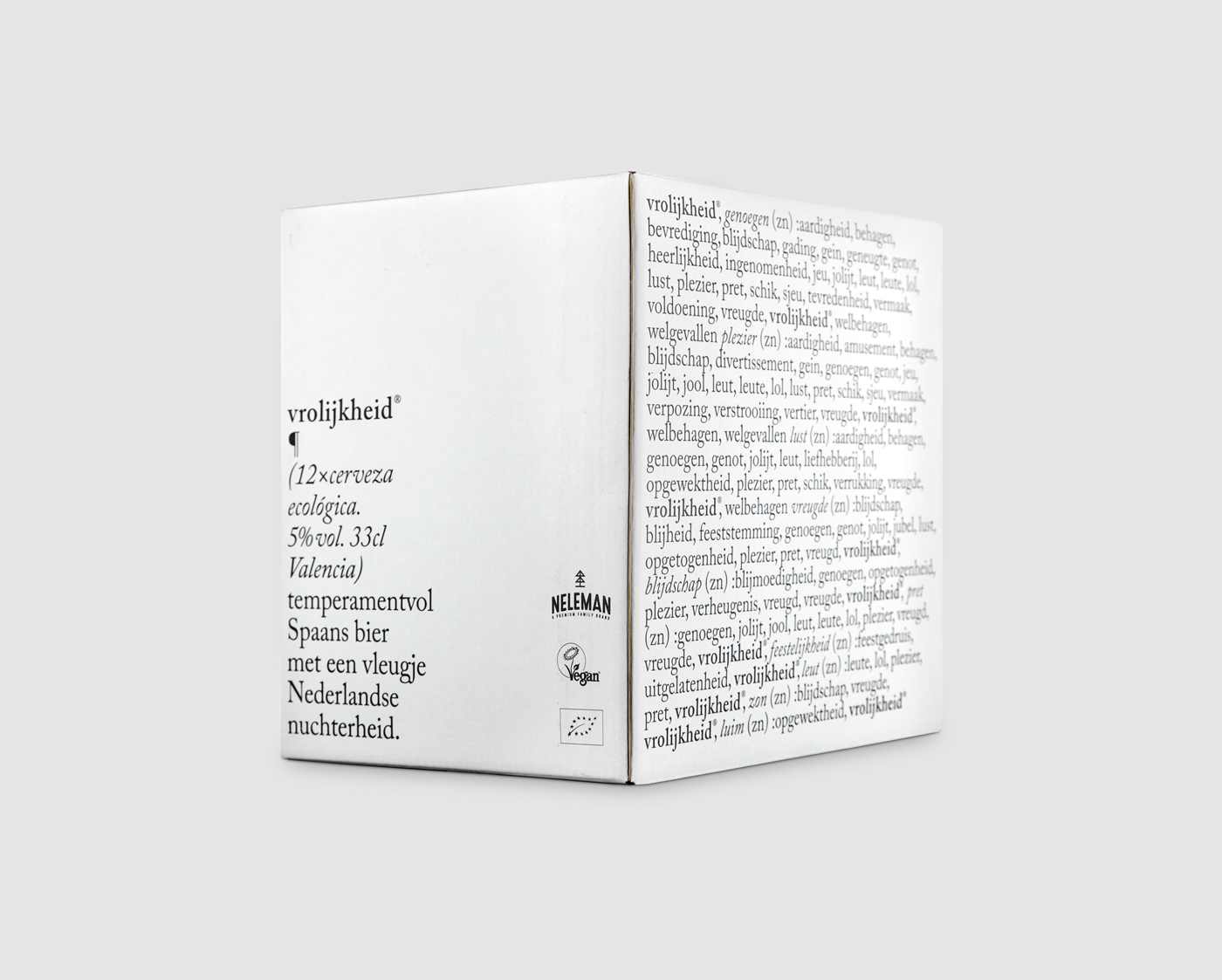 Vrolijkheid® aims to be a new beer definition. Thinking of definitions we obviously thought of dictionaries. We approached the label design as designing a language manual. Since this beer edition is done in Holland by Nelemen, believed it relevant to make a reference to The Dutch Golden Age its freedom in press and typefaces that used to inspire William Caslon I (1692–1766) to design his serif typefaces. Using Adobe Caslon based on Caslon’s own specimen pages we hope to give the fine detail and sharp contrasts that could make the beer sommeliers and amateurs transport to this acclaimed climate of intellectual tolerance that seemed to breath the Dutch Republic of the 17th century. 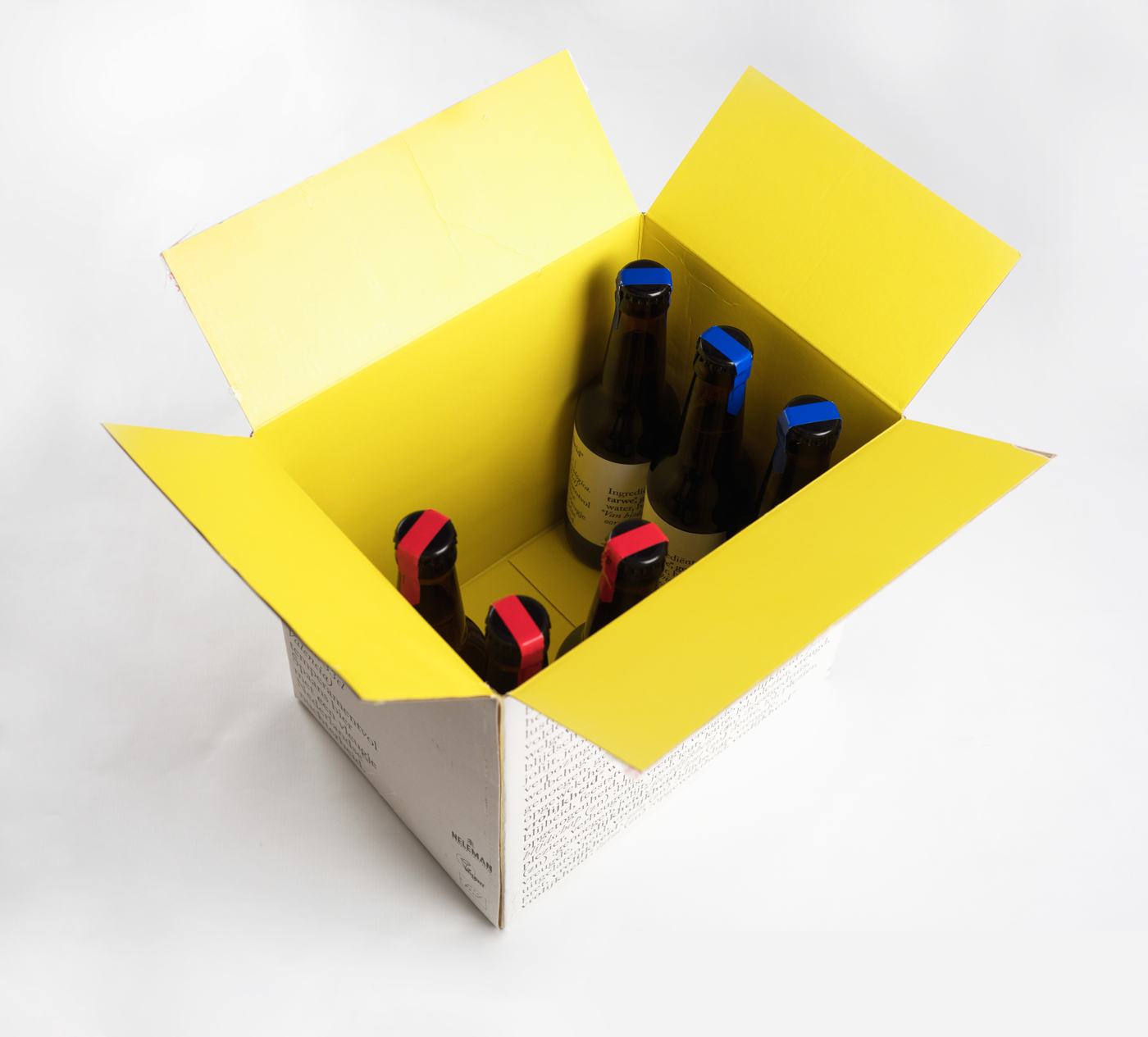 What’s Unique?
Simplicity & the relation between literature and beer. 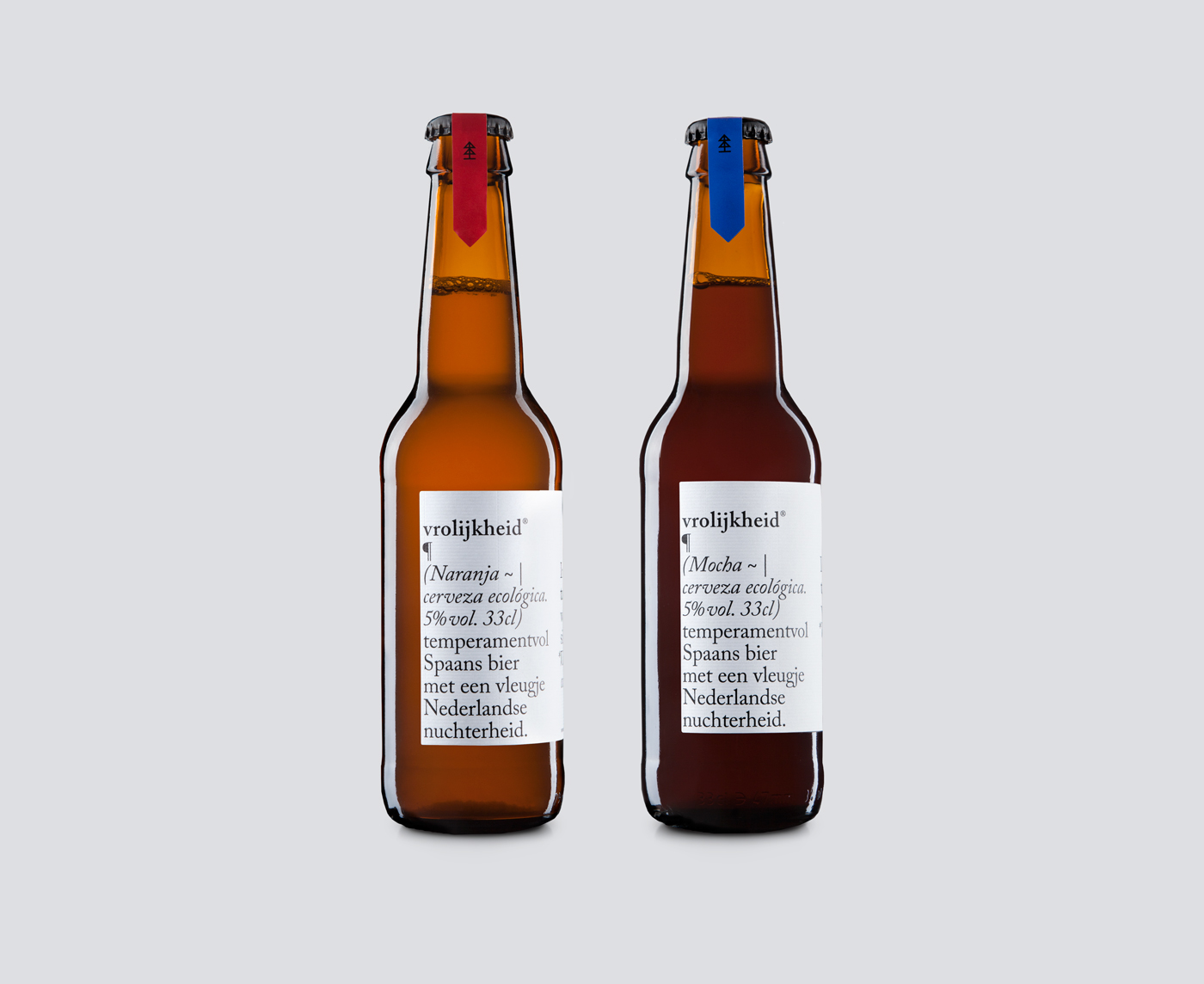 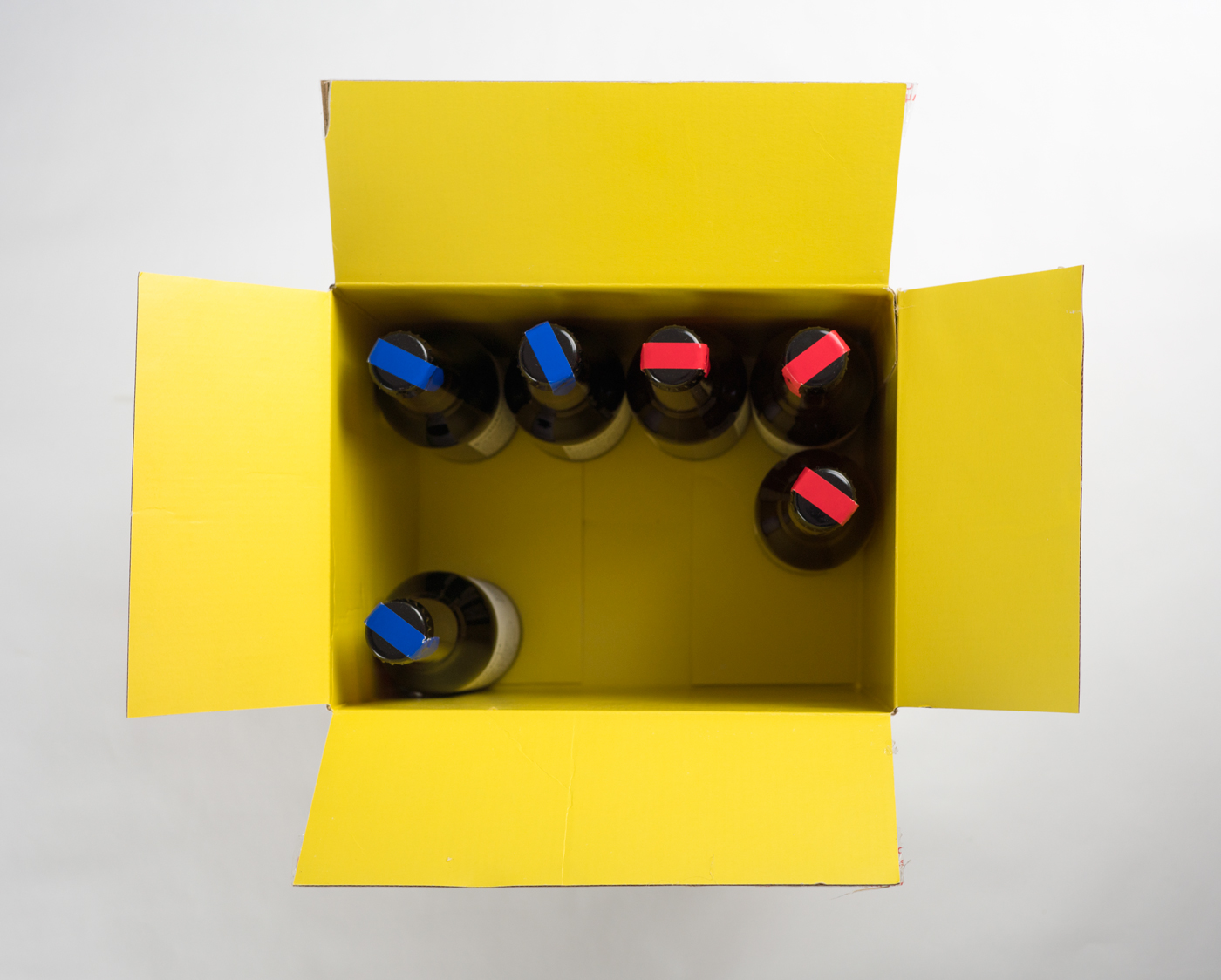 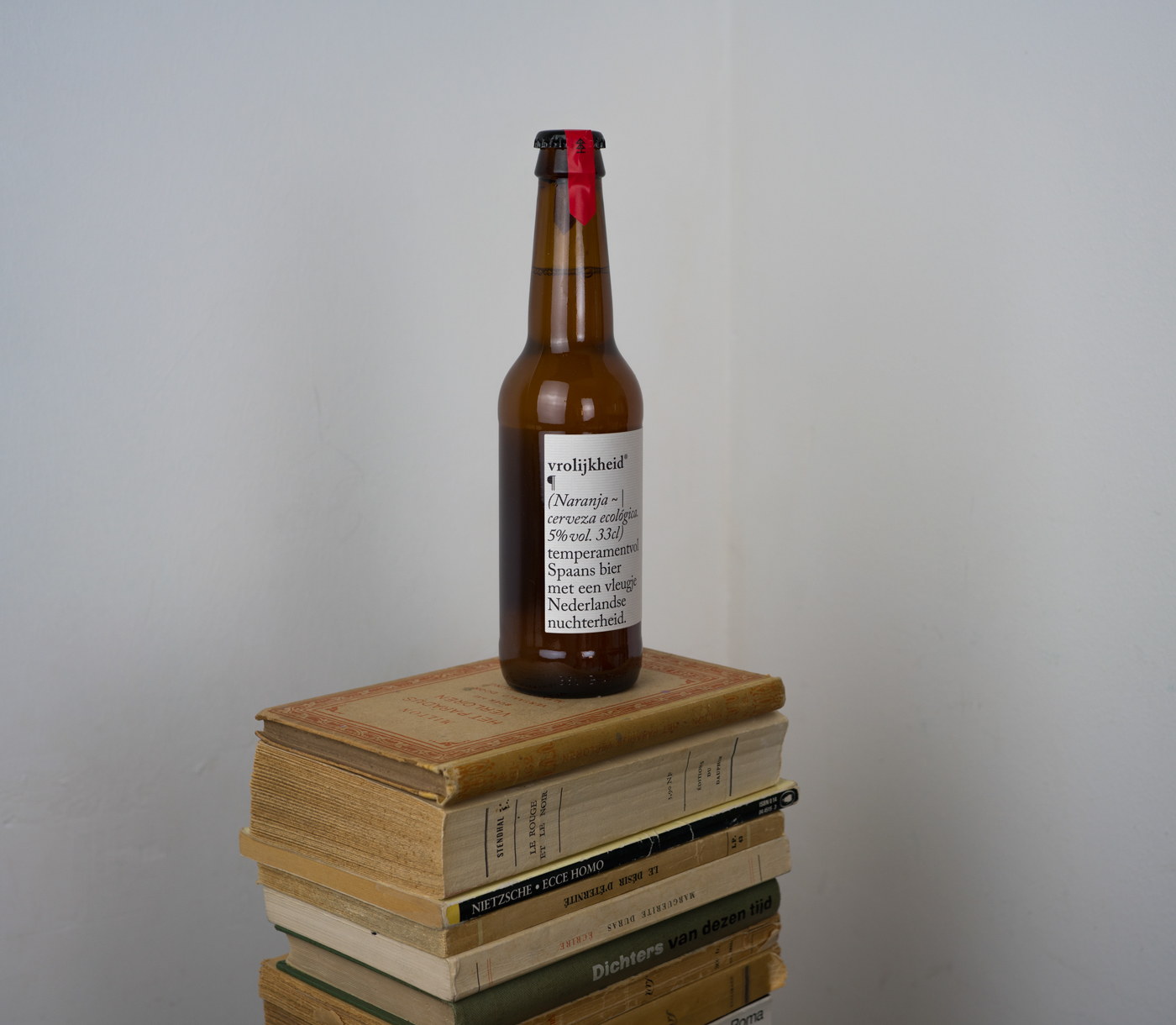 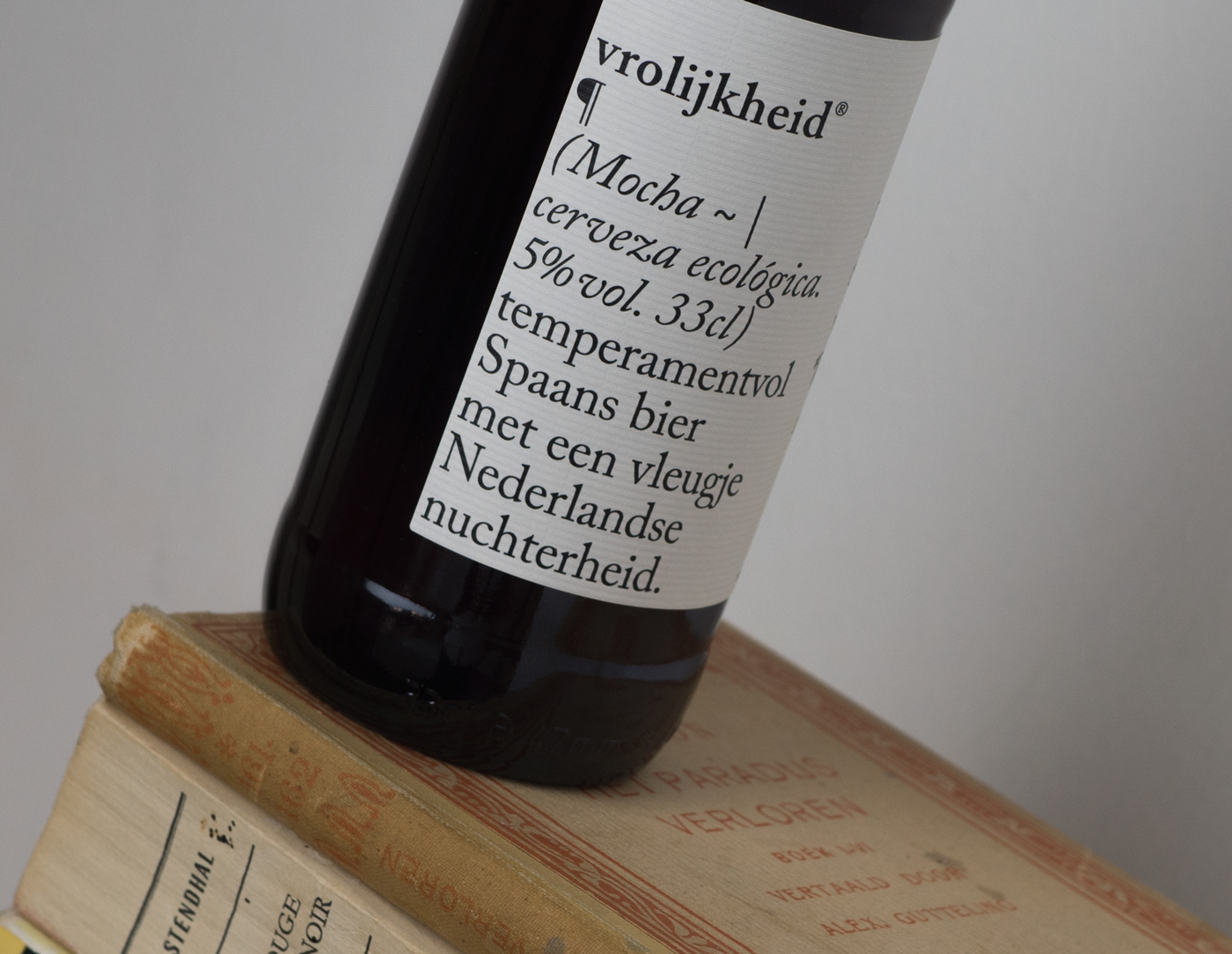 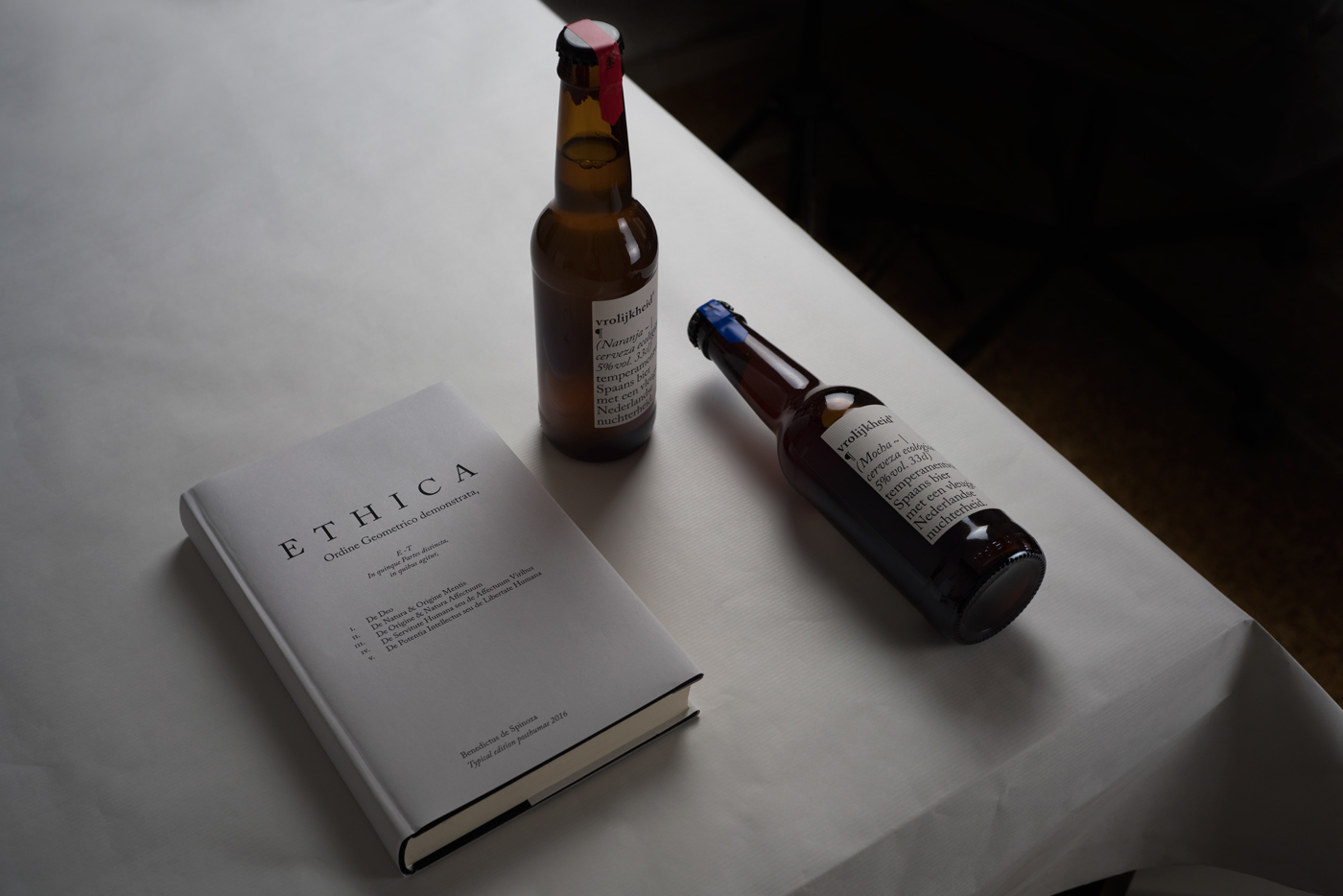 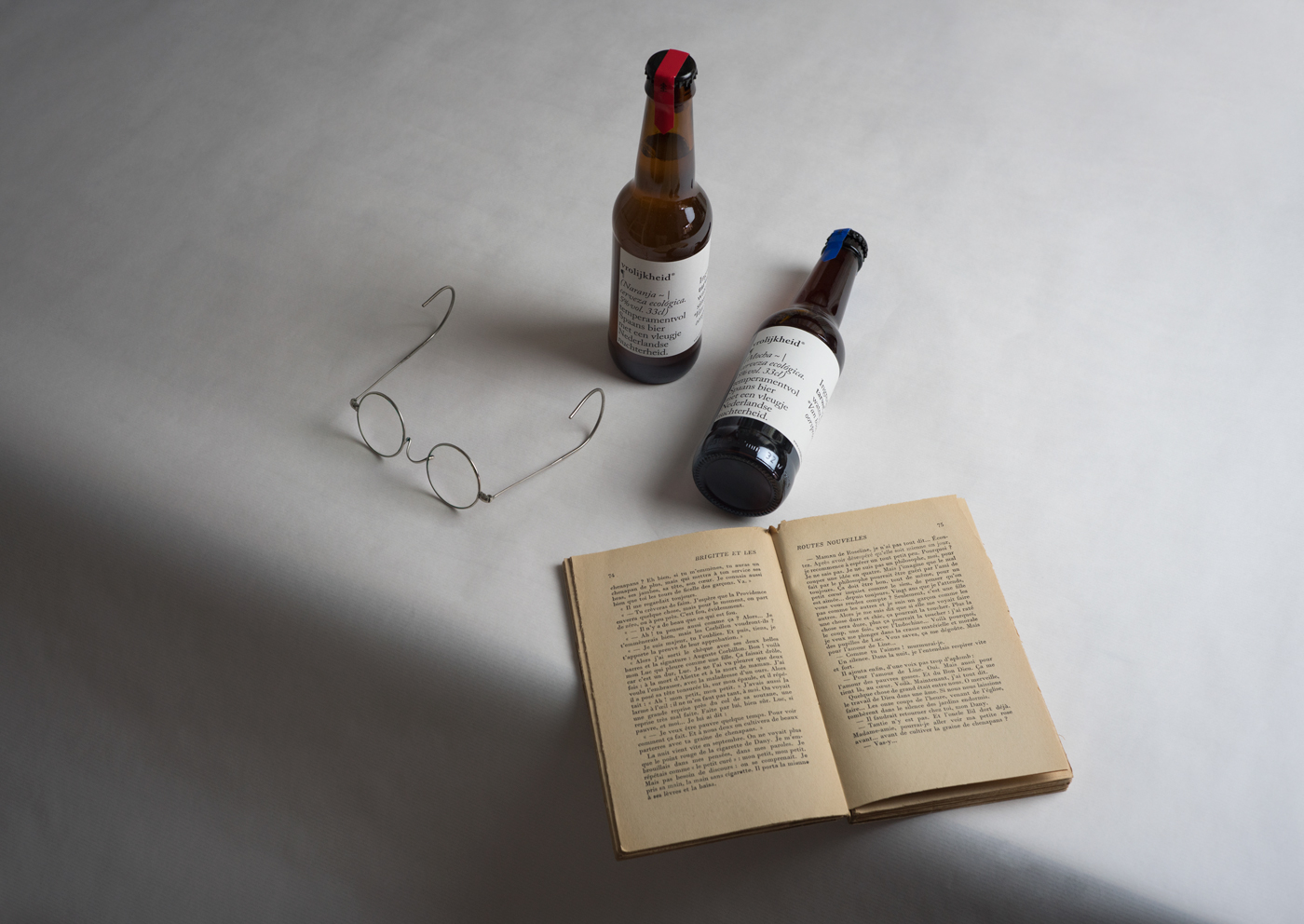 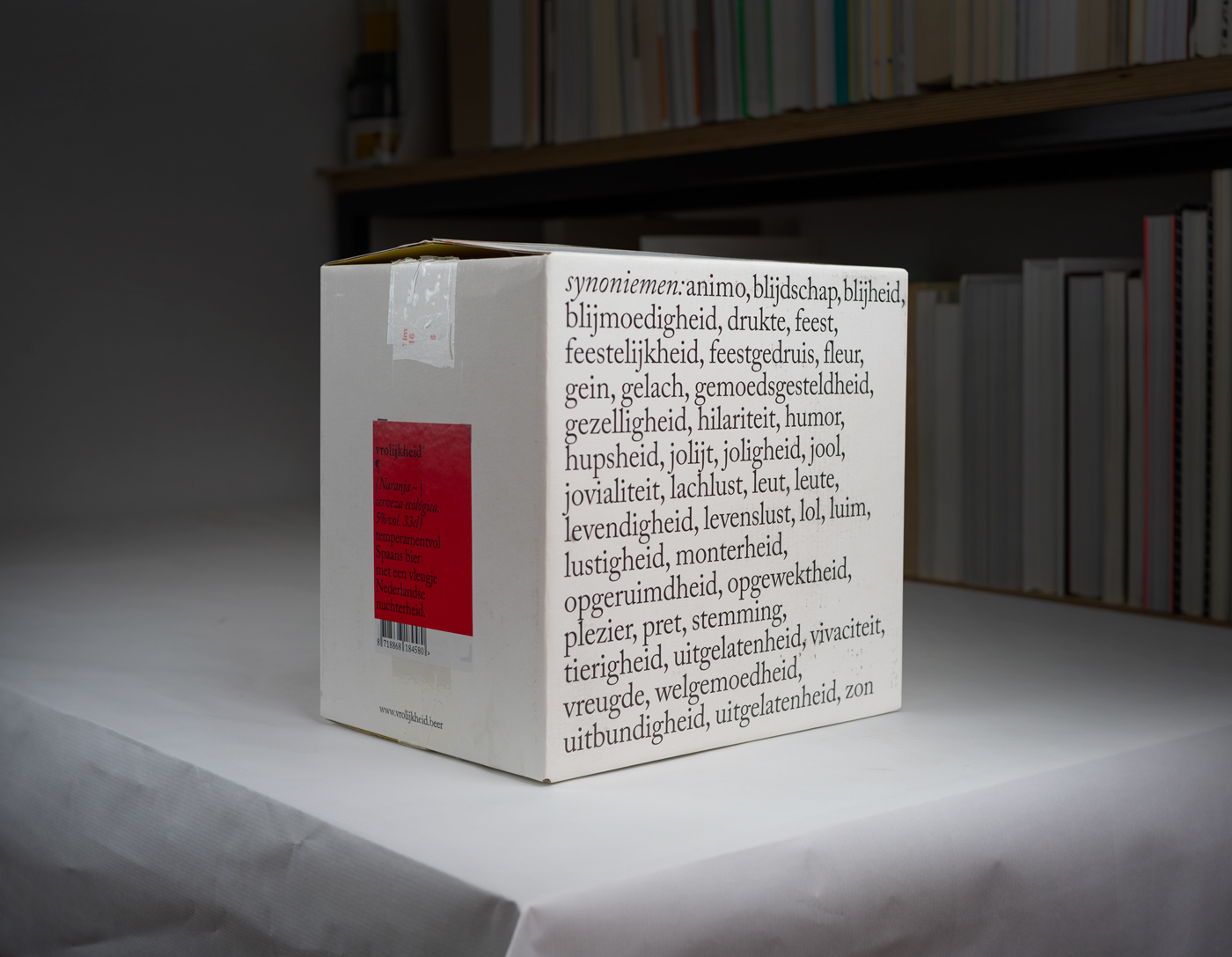 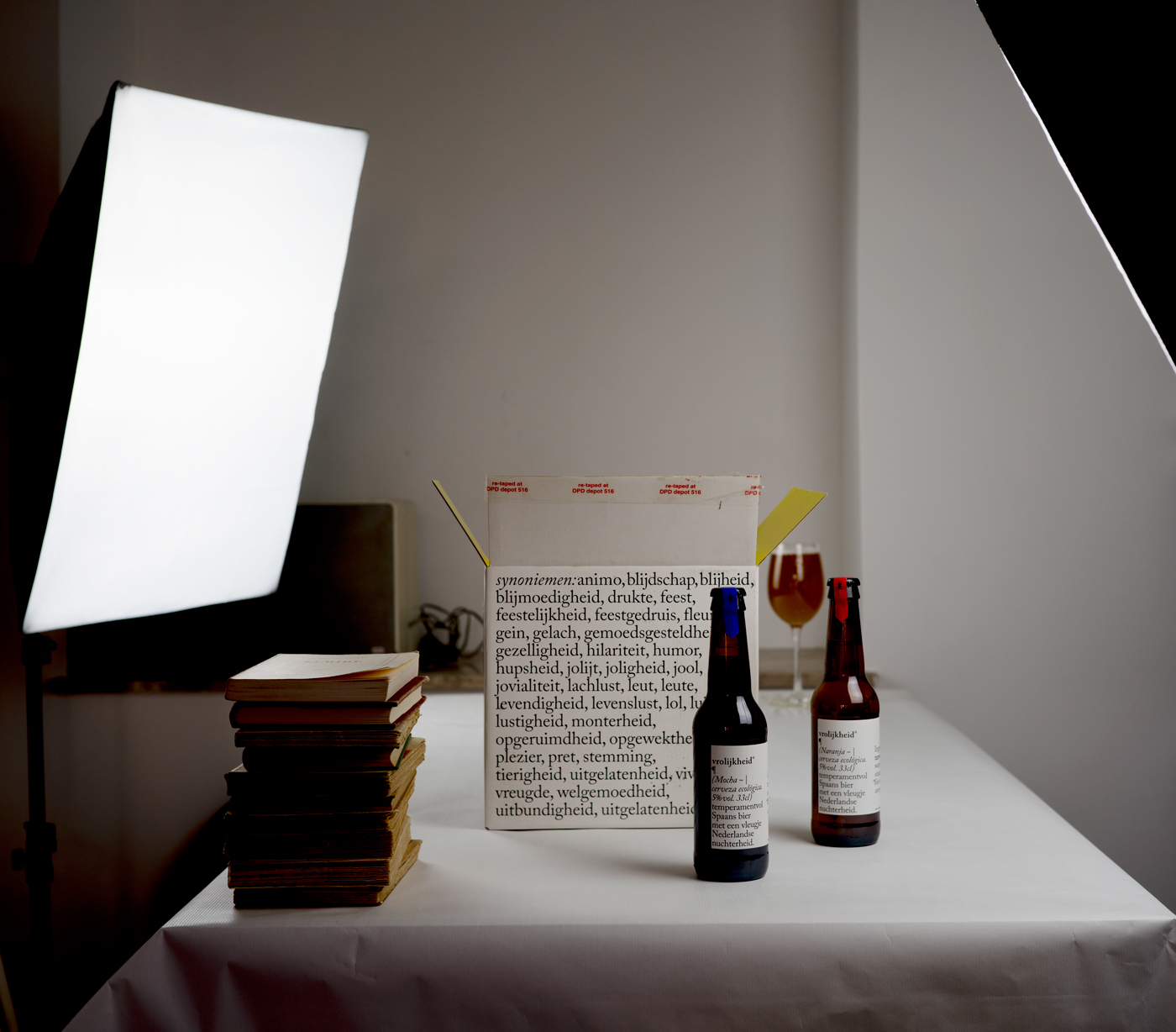