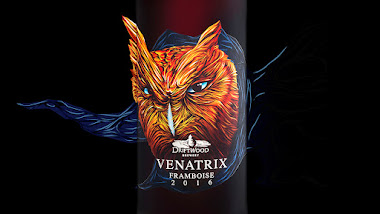 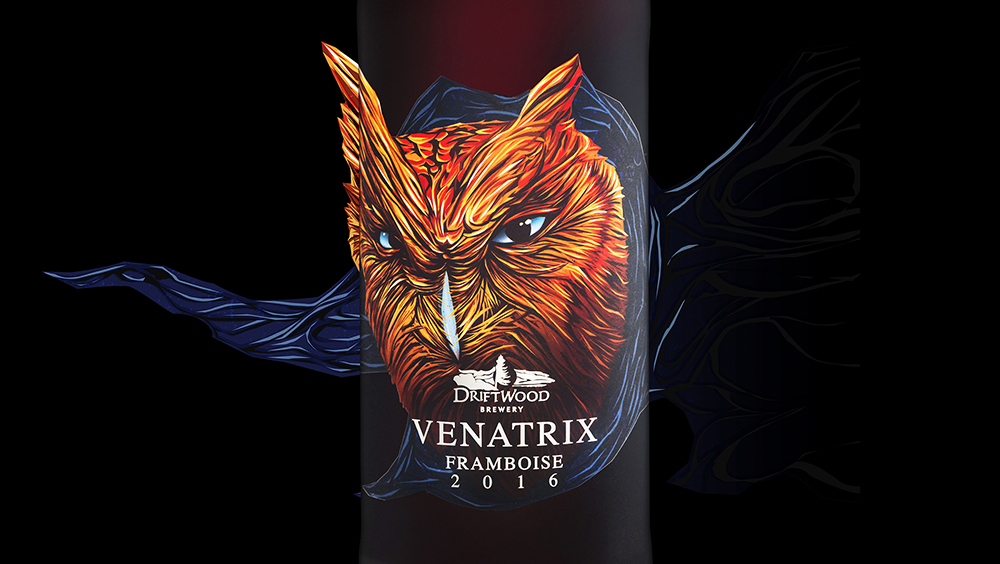 For Venatrix Framboise, Driftwood Brewery’s new addition to their Bird of Prey series of sour beers, we decided to embody the cute-aggressive character of a raspberry in a quirky illustration of a screech owl, her expression equal parts menacing and irresistible. The light-blue of her narrowing eyes glare through finely-rendered red-orange feathers. We chose a name that means “huntress,” and gave her a voice in the form of a playful poem, ripe with neologisms in little berry-bursts. 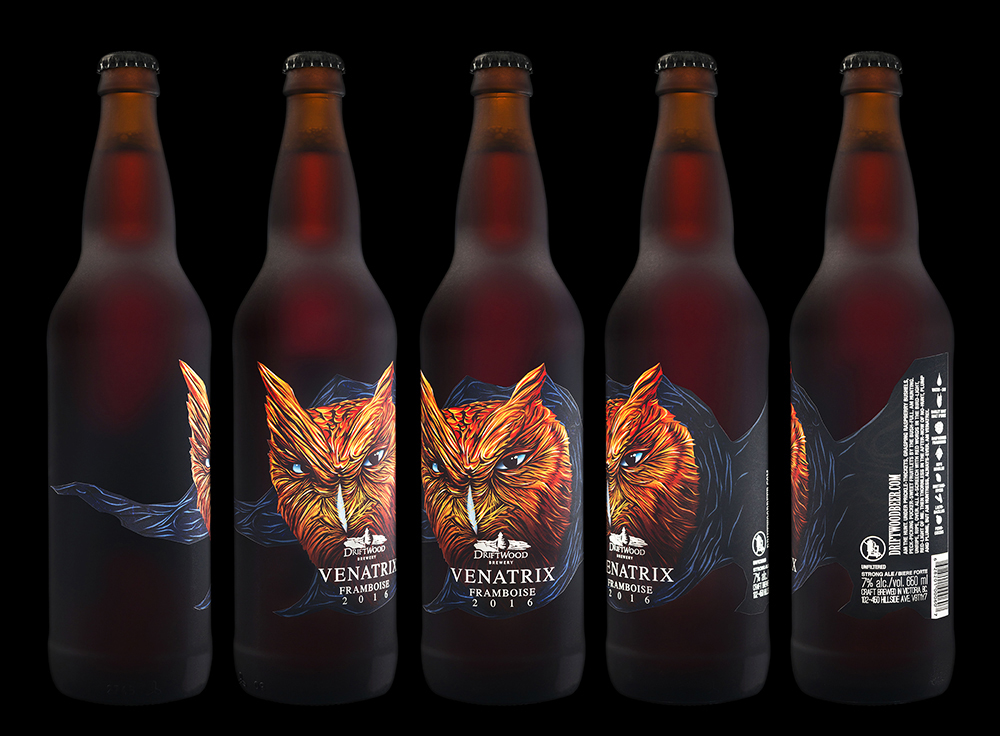 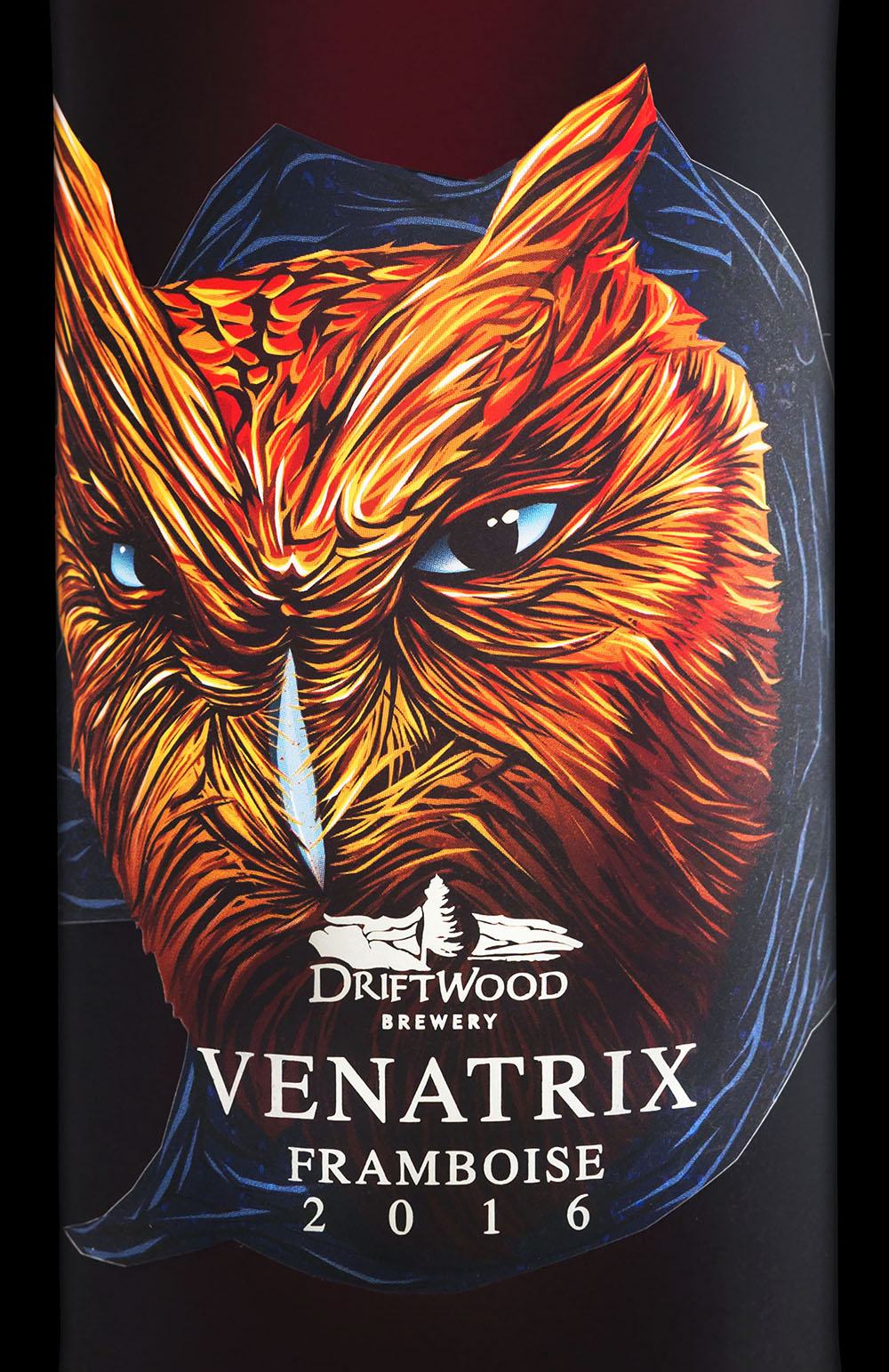 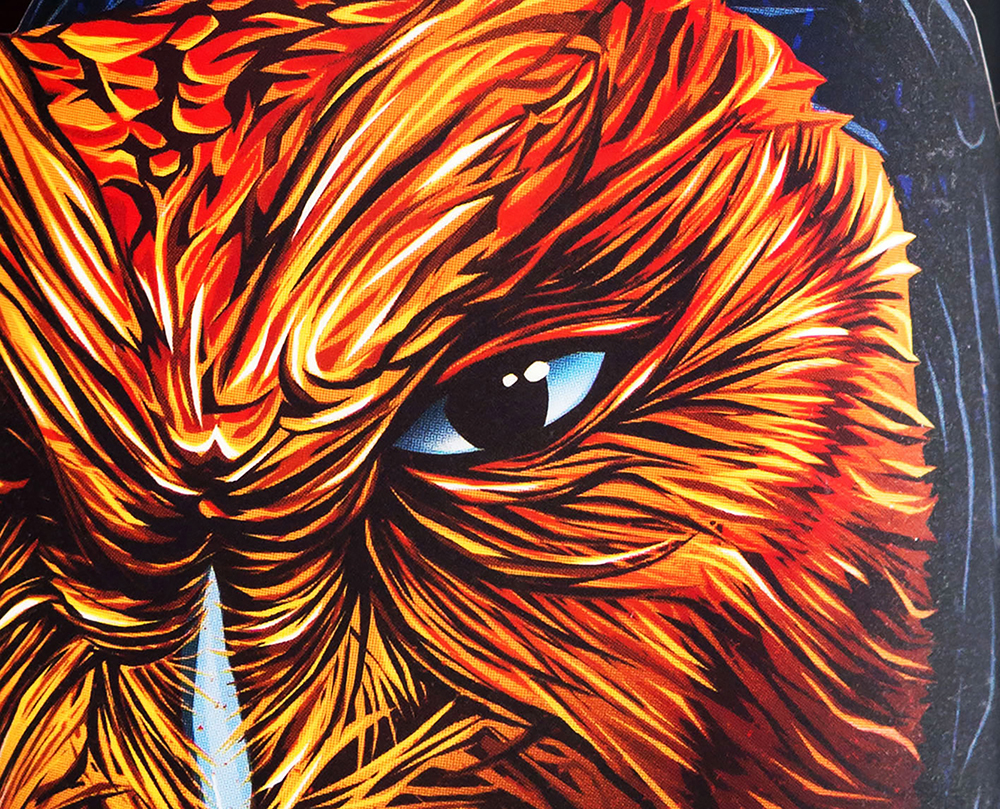 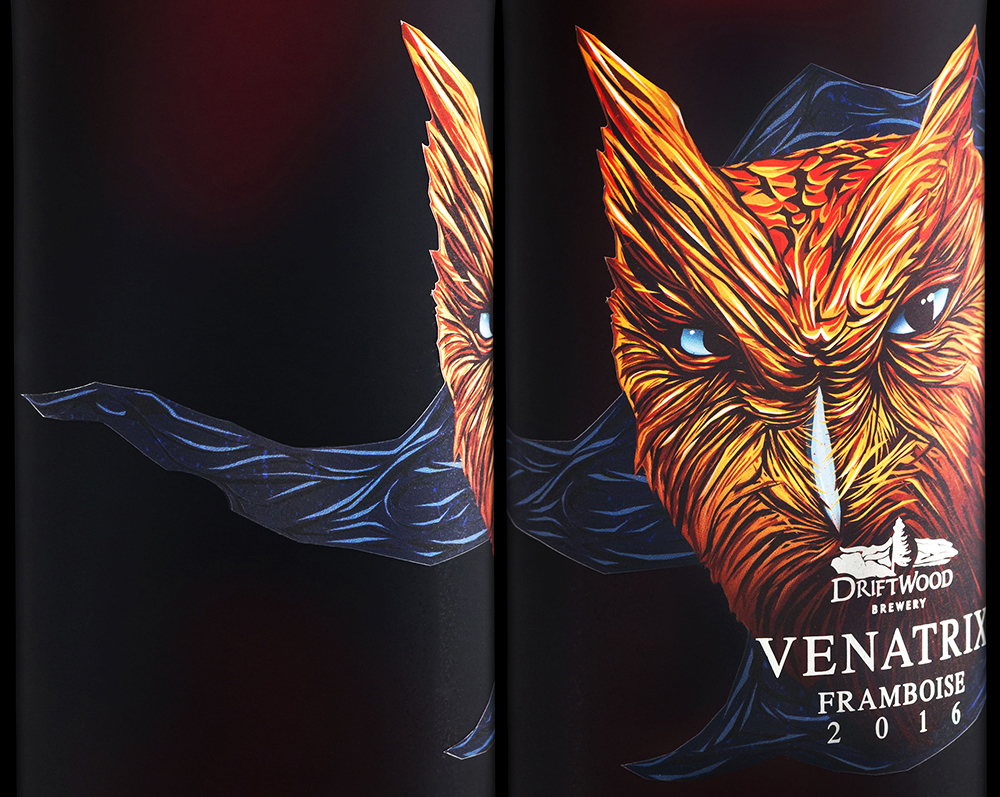 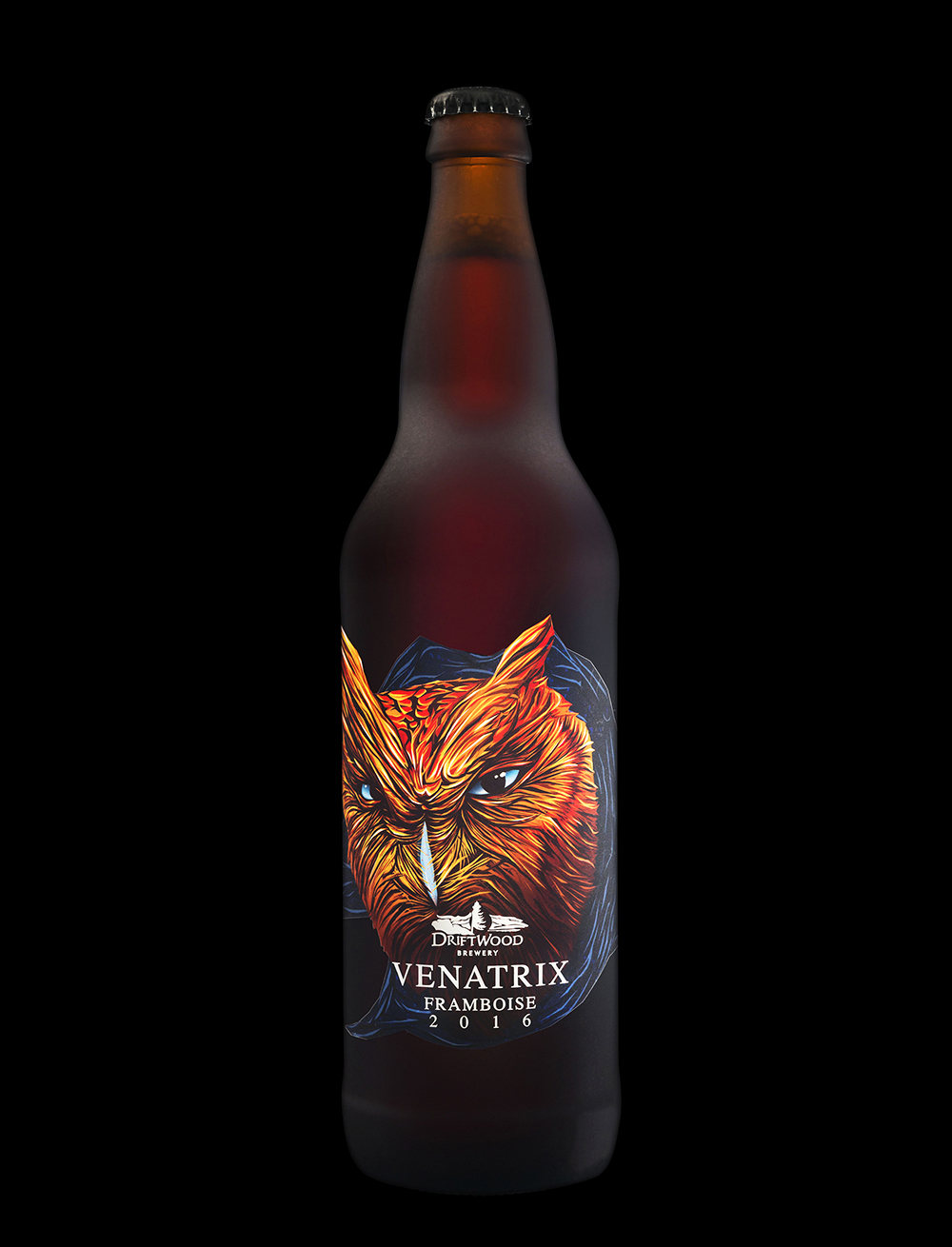 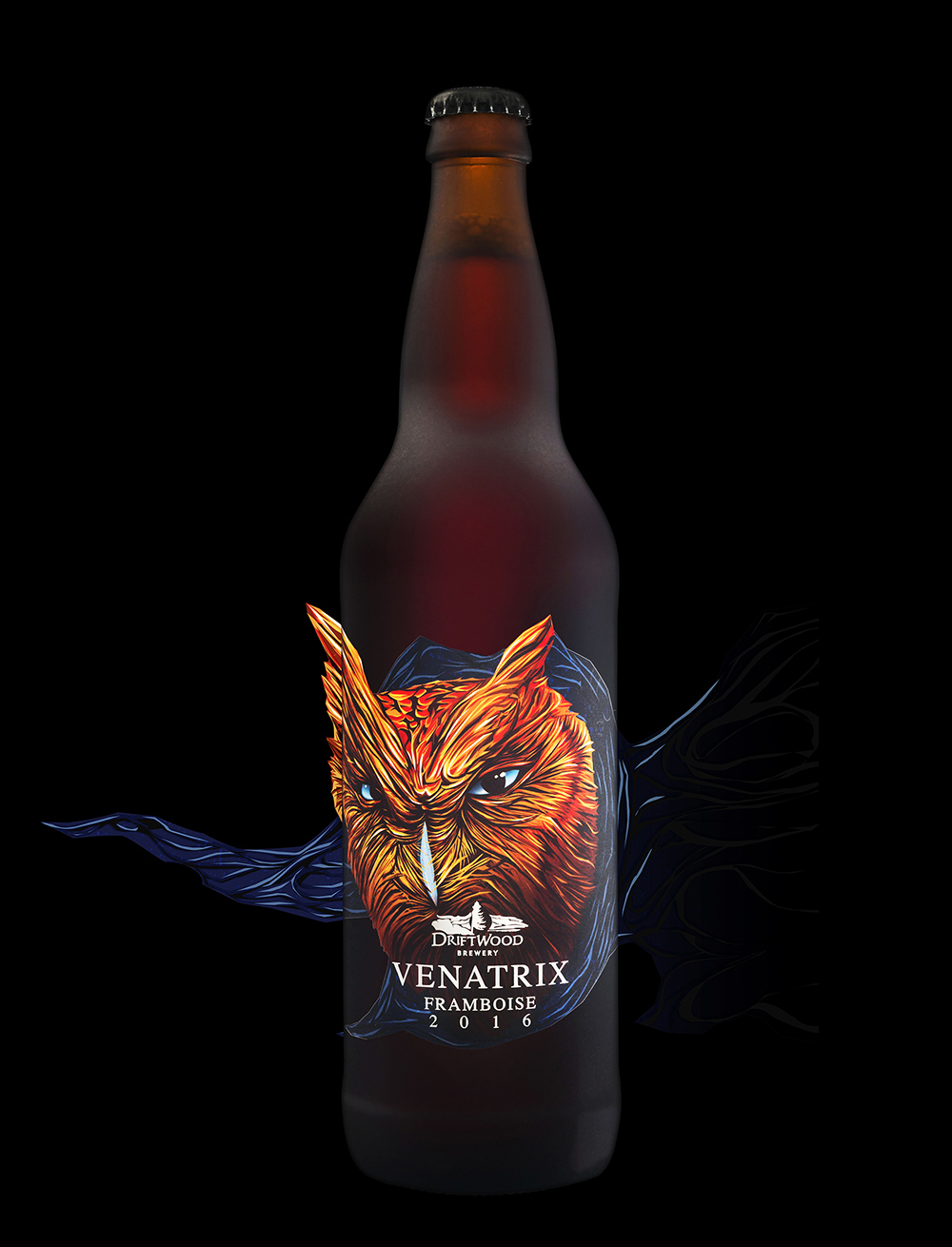