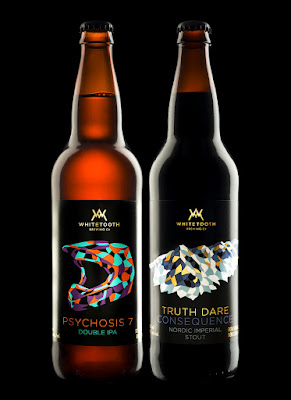 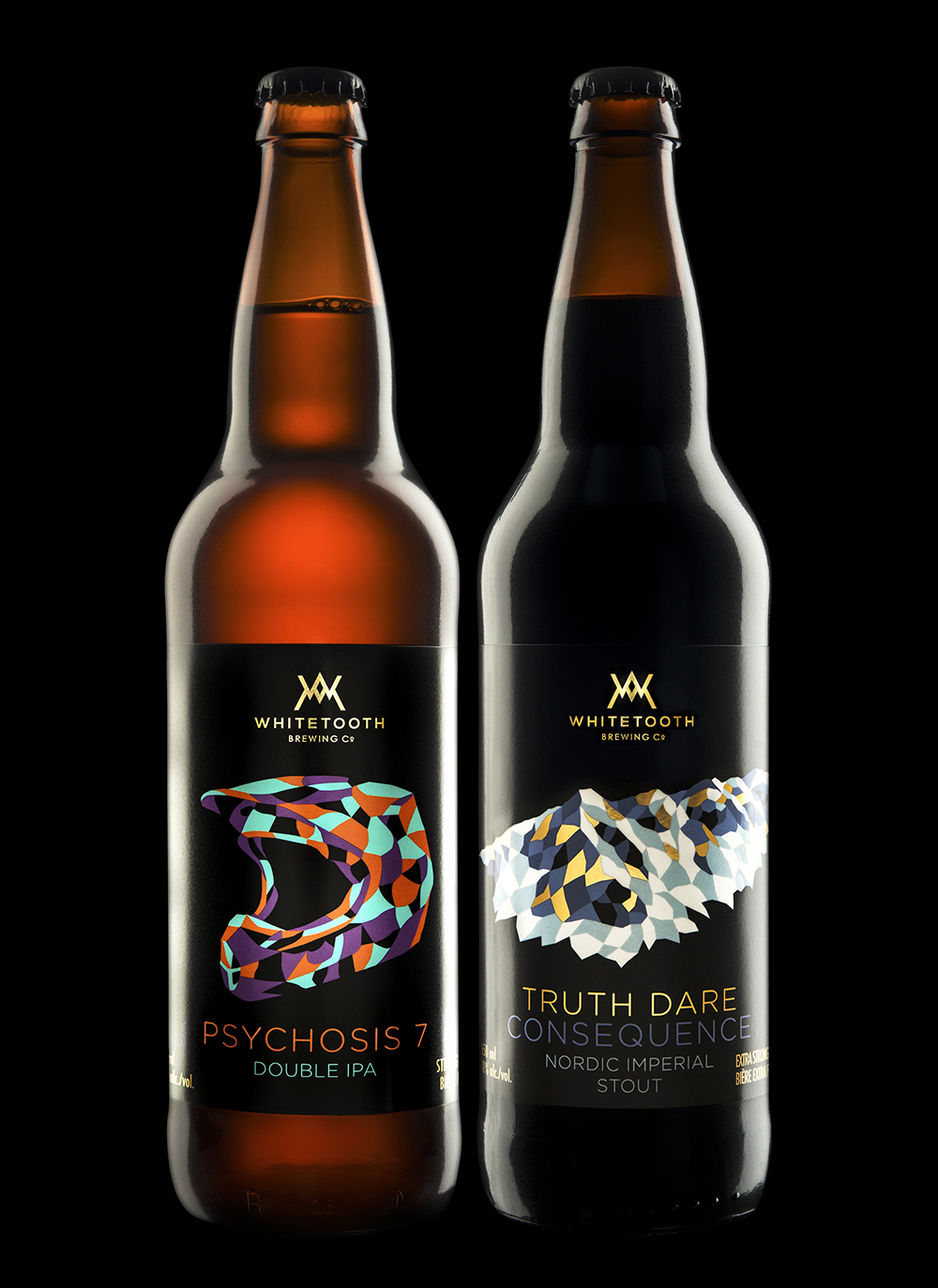 For Whitetooth Brewing Company’s High Gravity series, a high-end lineup of adventurous seasonal beers, we were tasked with creating a new look with the right tone – distinct from the core lineup, while playing to the strength of the Whitetooth brand. We moved away from the core lineup’s use of full action scenes, focusing instead on individual icons isolated on black and rendered in highly-stylized organic polygons. The geometric illustrations complement the sharp, angular brandmark, with playful colours popping off the label, and a touch of foil to bring out the luxury feel of the High Gravity series.

Psychosis 7, named after Golden’s defunct mountain bike race, features an iconic full-face helmet, while Truth Dare Consequence illustrates the mountain where its namesake ski runs descend. More High Gravity beers are already in the works and will be added to this series as time goes on. 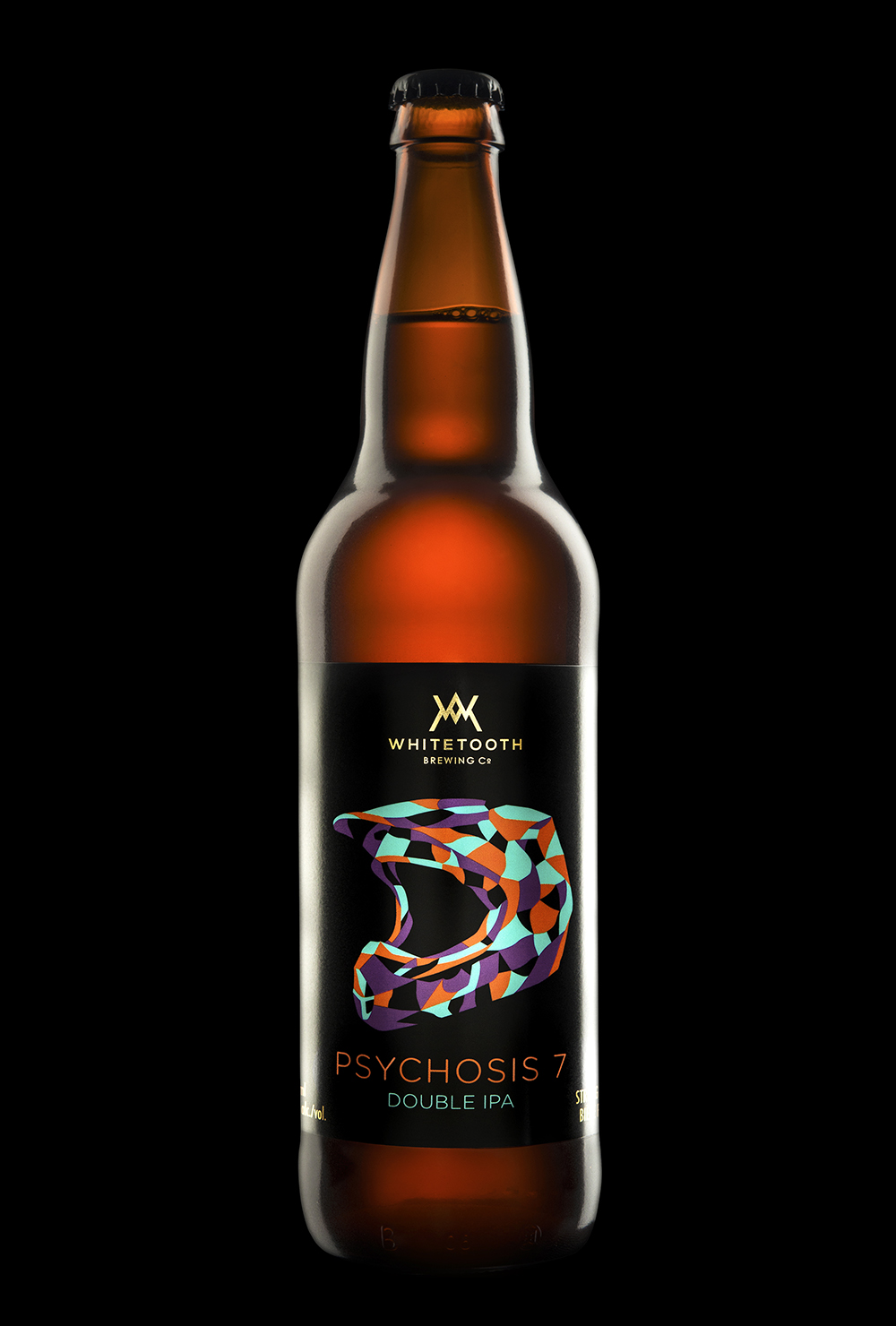 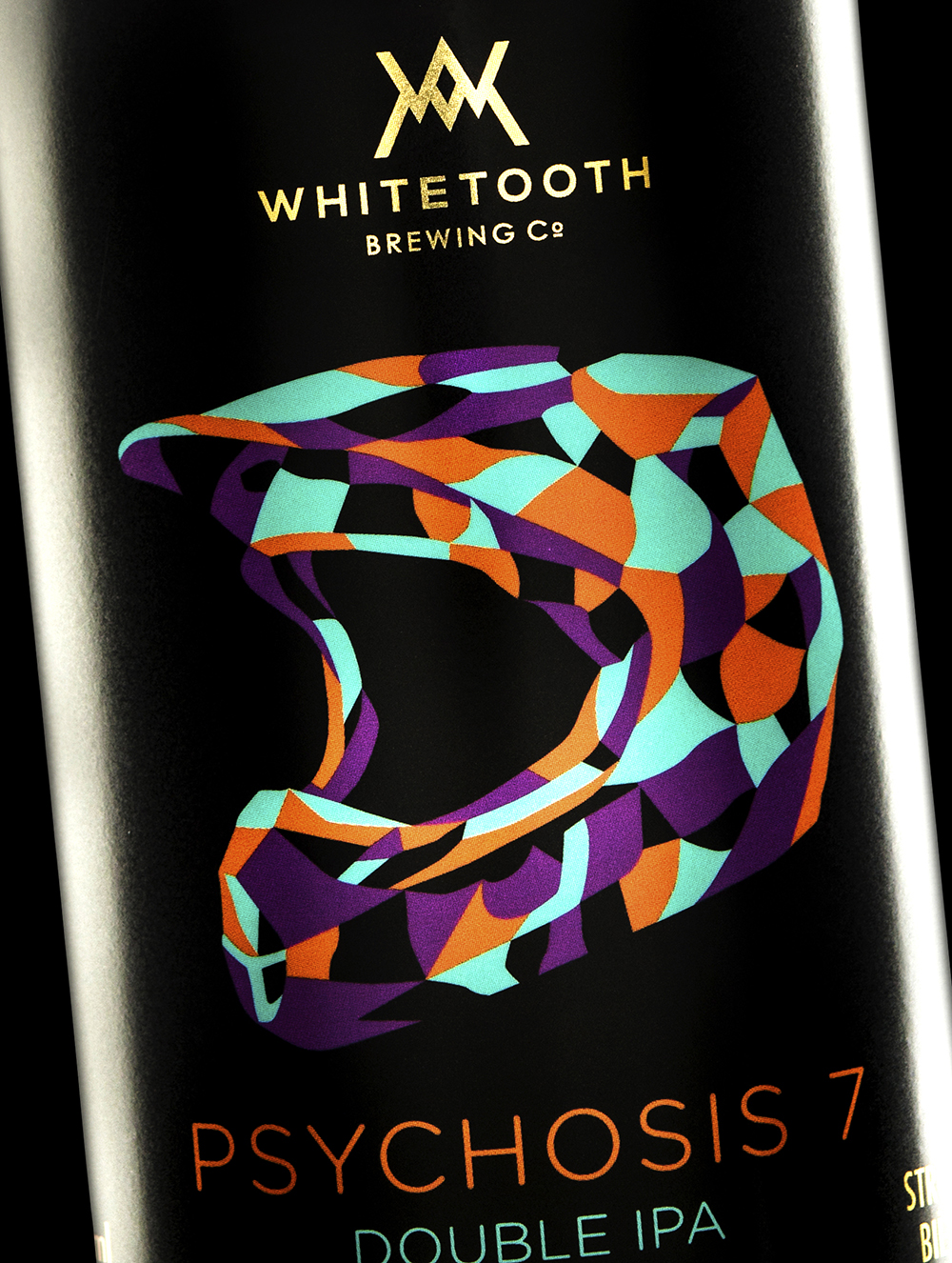 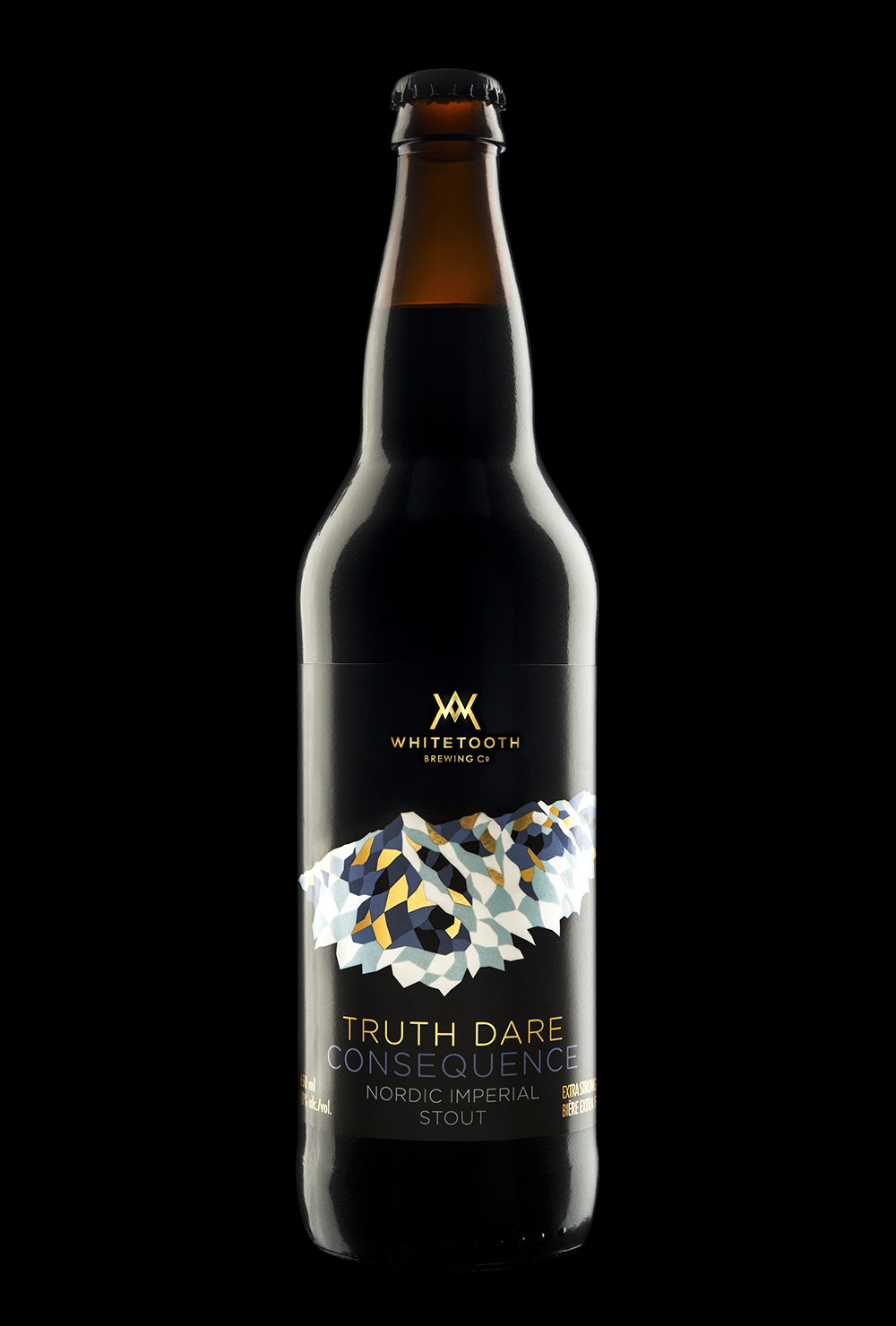 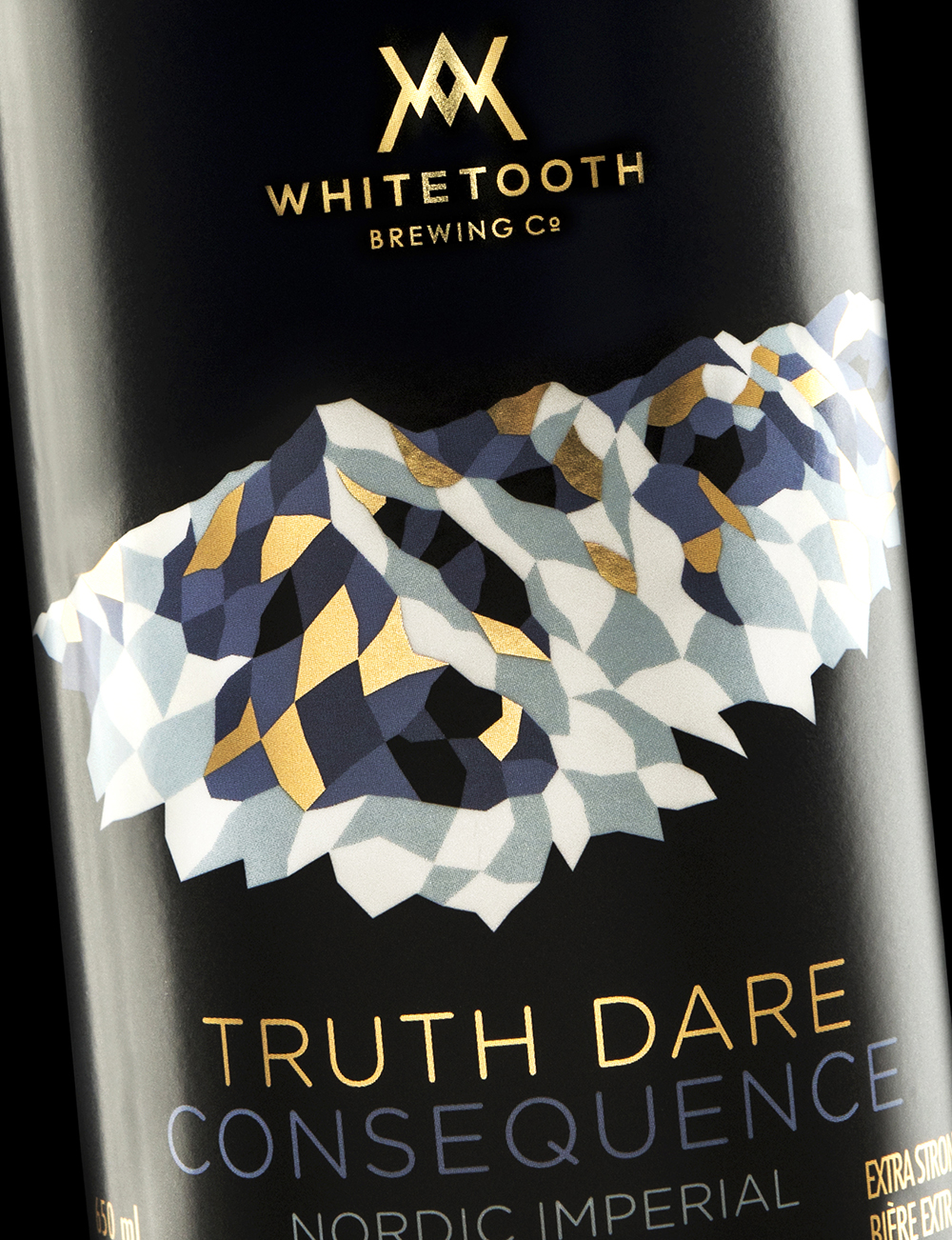 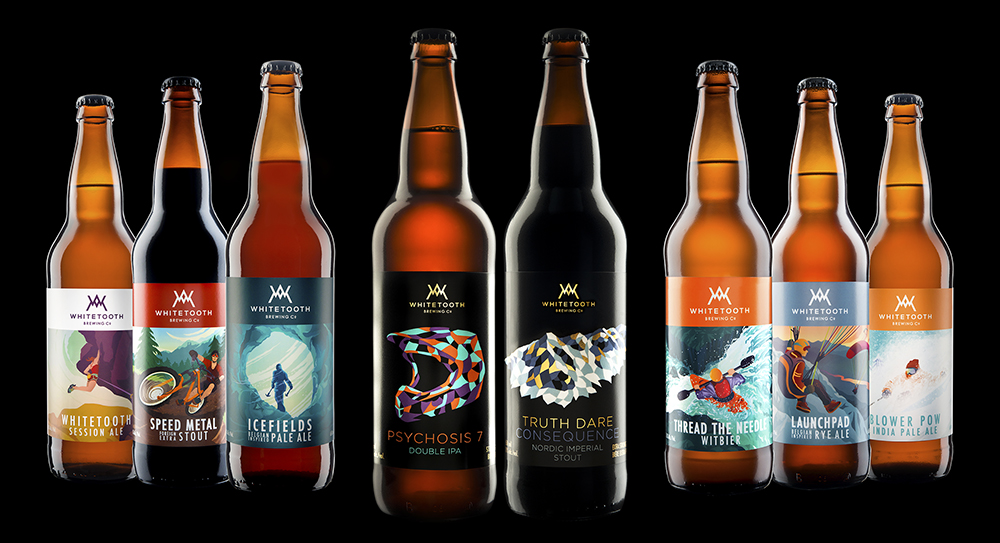