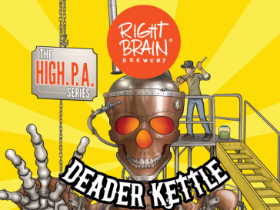 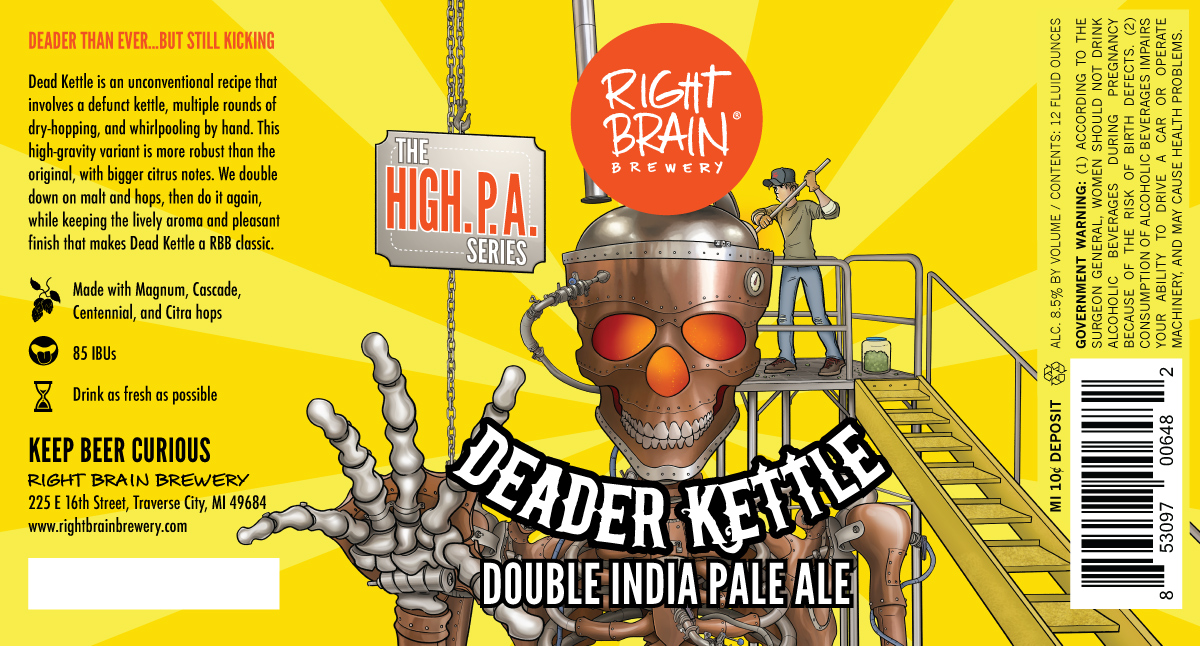 Designed a 12oz label and a 4-pack carrier for 12oz bottles.

The beer itself has an interesting story. It’s conception was due to a mechanical failure in one of Right Brain Brewery’s kettles that resulted in an IPA of exceptional character. I had designed the original Dead Kettle bottle label, aluminum can and carrier box. This design was for the high-gravity (higher ABV, more of the key ingredients) version of that beer. It was thus an extension and an amplification of that original design. 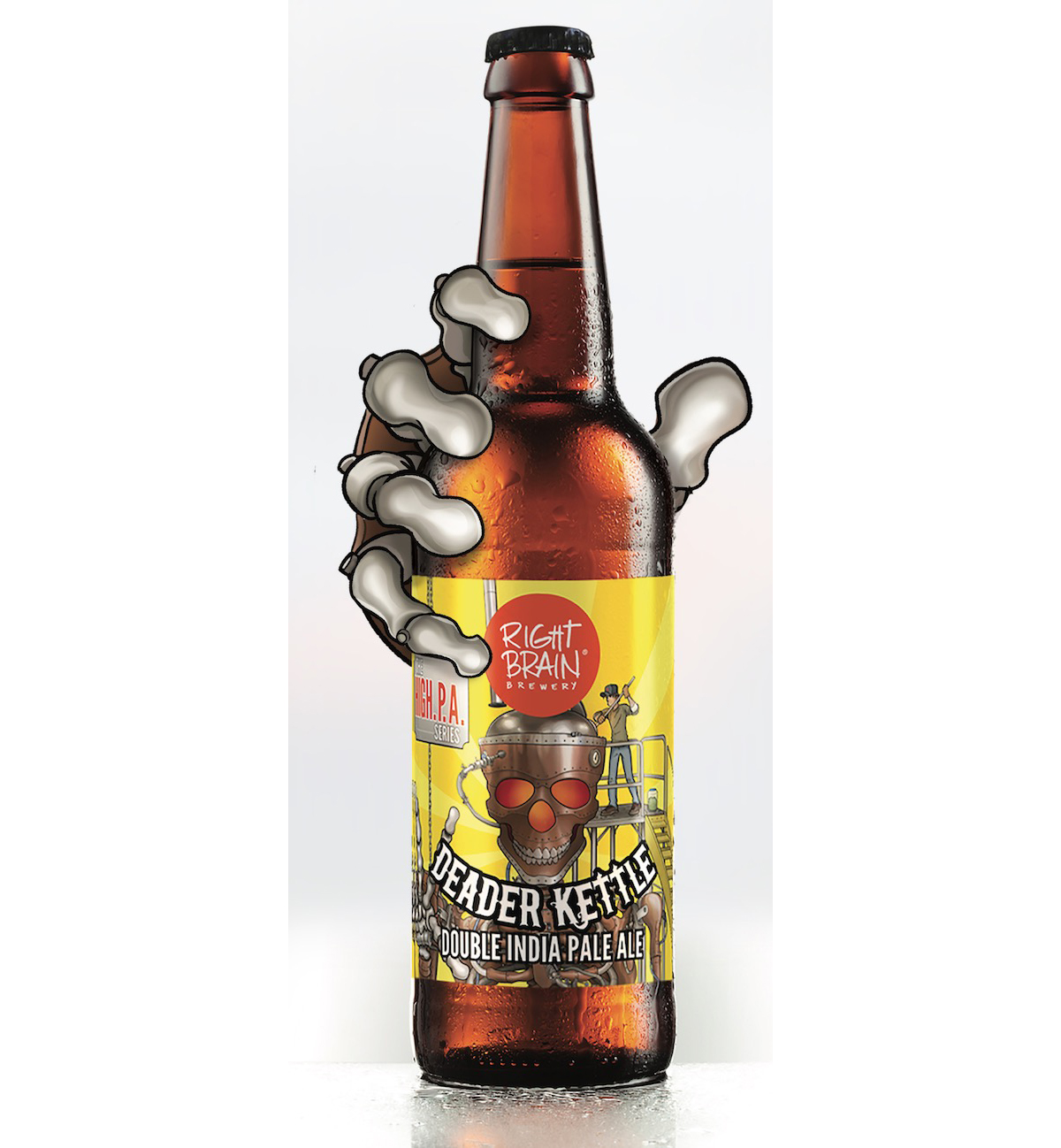 What’s Unique?
This design is a variant on a previous design for Dead Kettle IPA and takes the previous artwork in a new direction. Whereas Dead Kettle depicted a skull-kettle missing its lower jaw, Deader Kettle depicted an entire skeleton as the brewing kettle and featured a brewer adding dry hops to the brew. The image is based on the actual brewing kettle used to produce that beer. 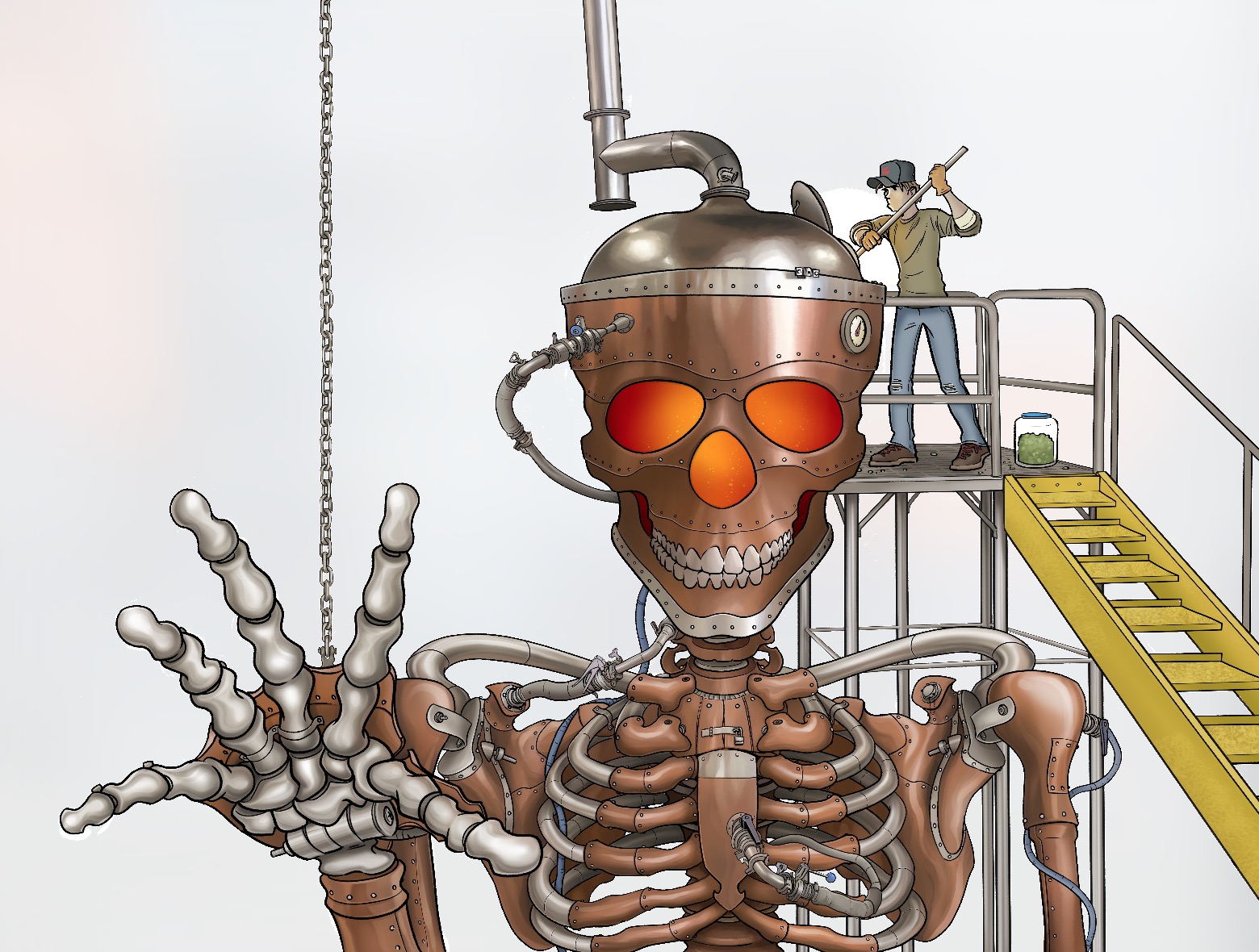 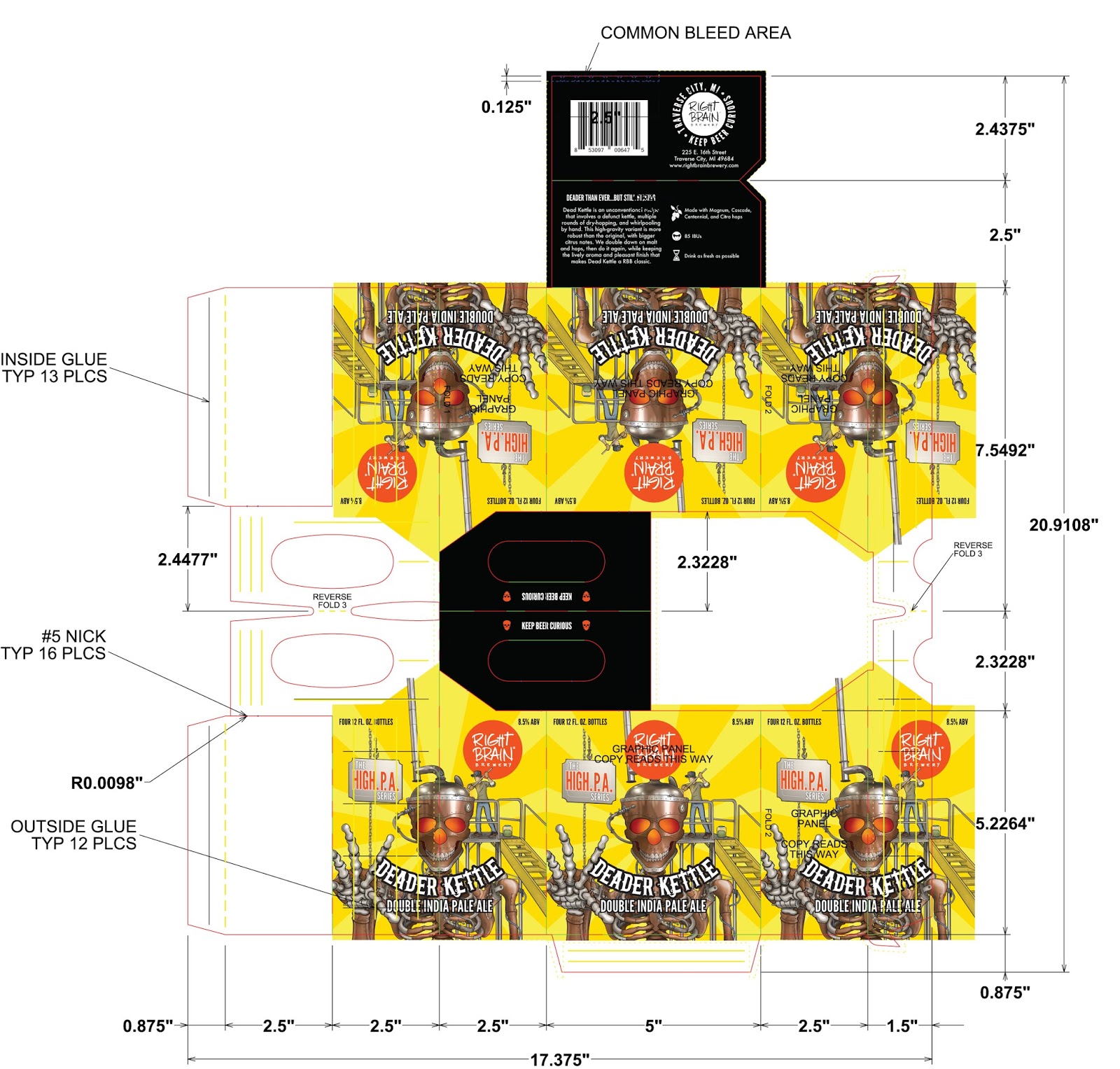 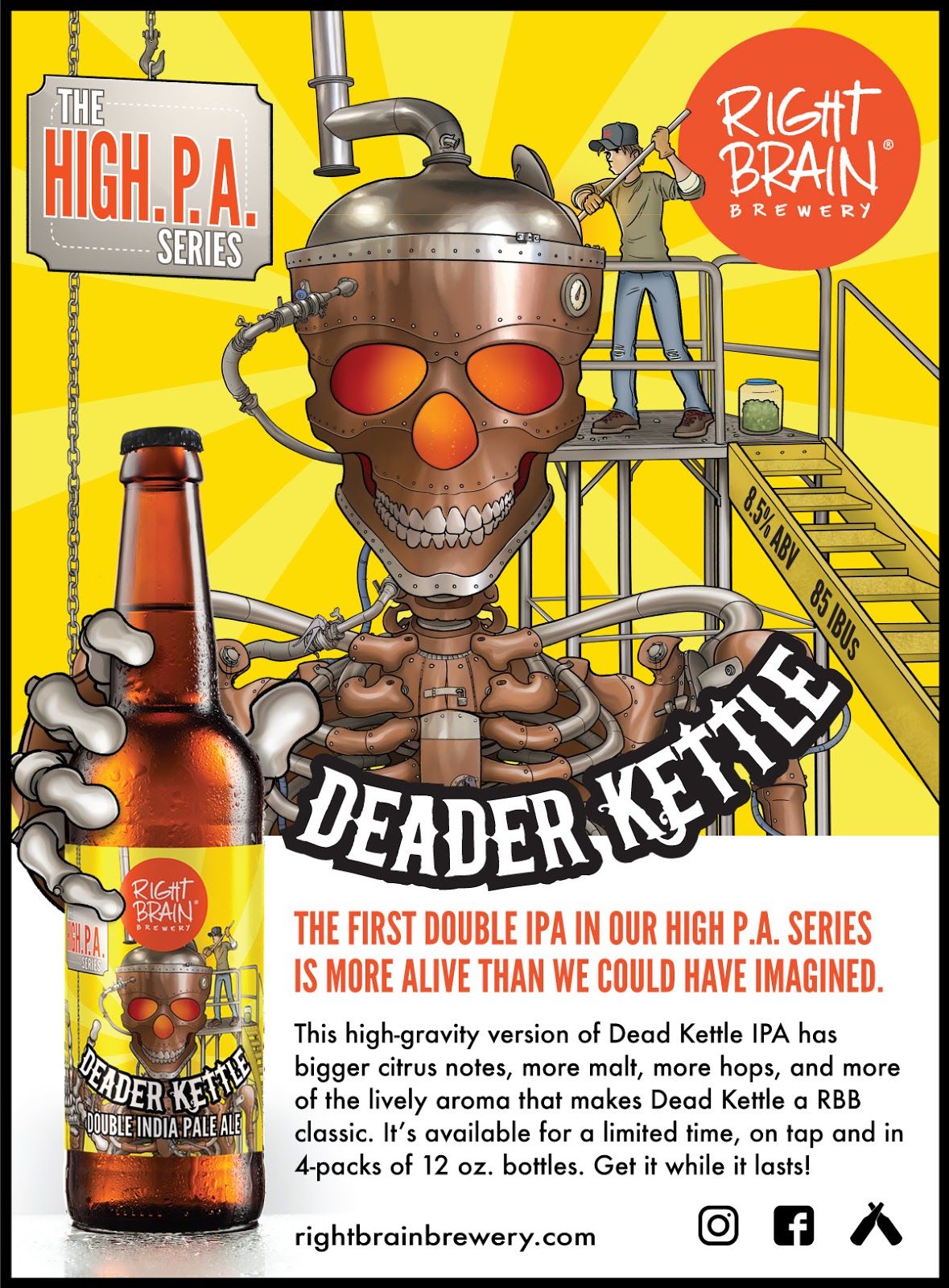