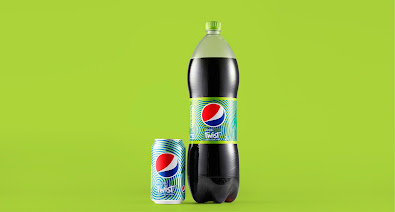 The briefing was to create a new design for the Pepsi Twist can. It had to be fun and modern. We chose to create something really graphic and different from every other package on market. After several studies, we used the spiral as the main element to represent the twist between the cola and the lemon juice. We also rescued the lemon as a character (that has been used before on TV ad’s) and illustrated a graphic version of it. 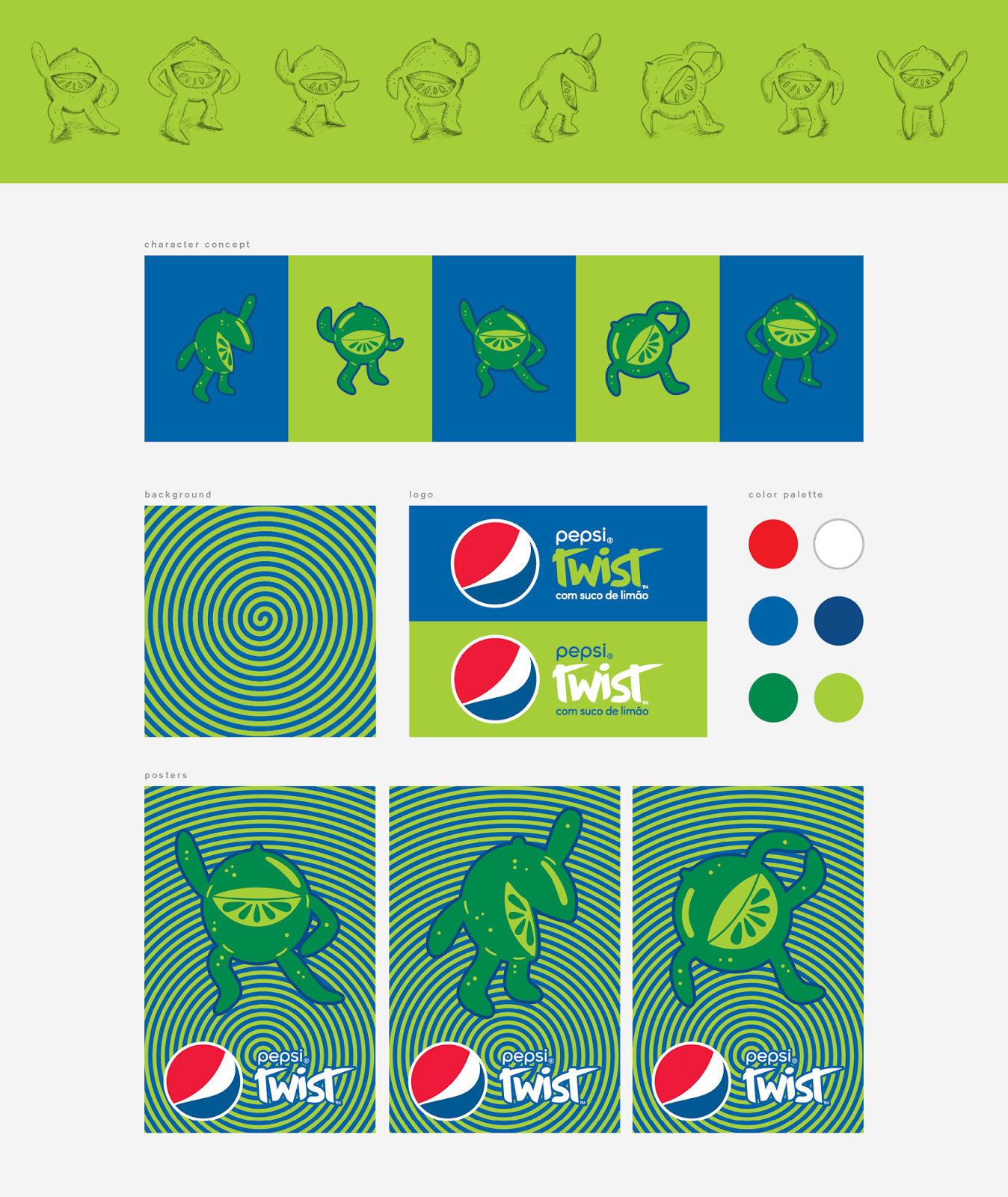 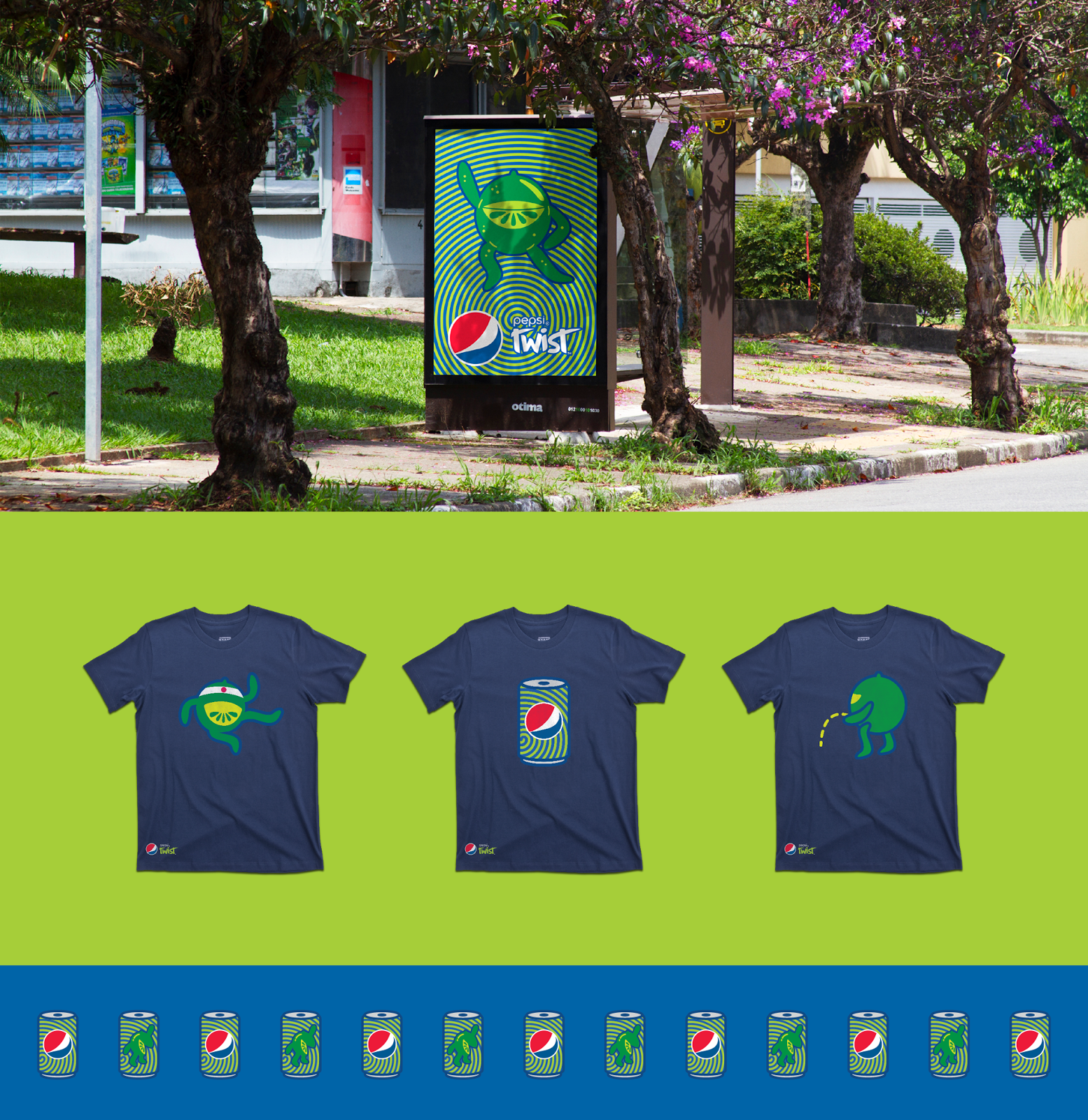 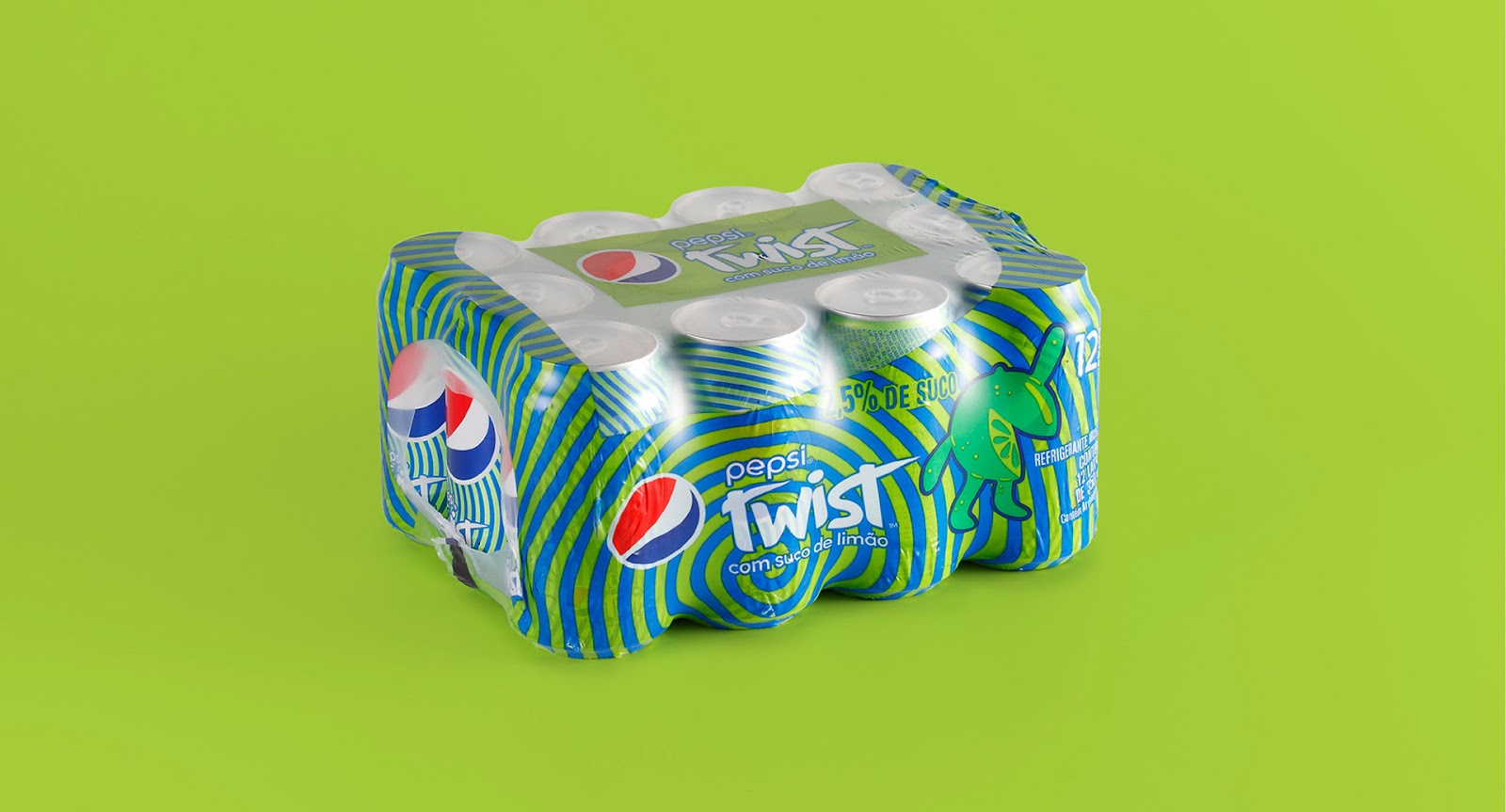 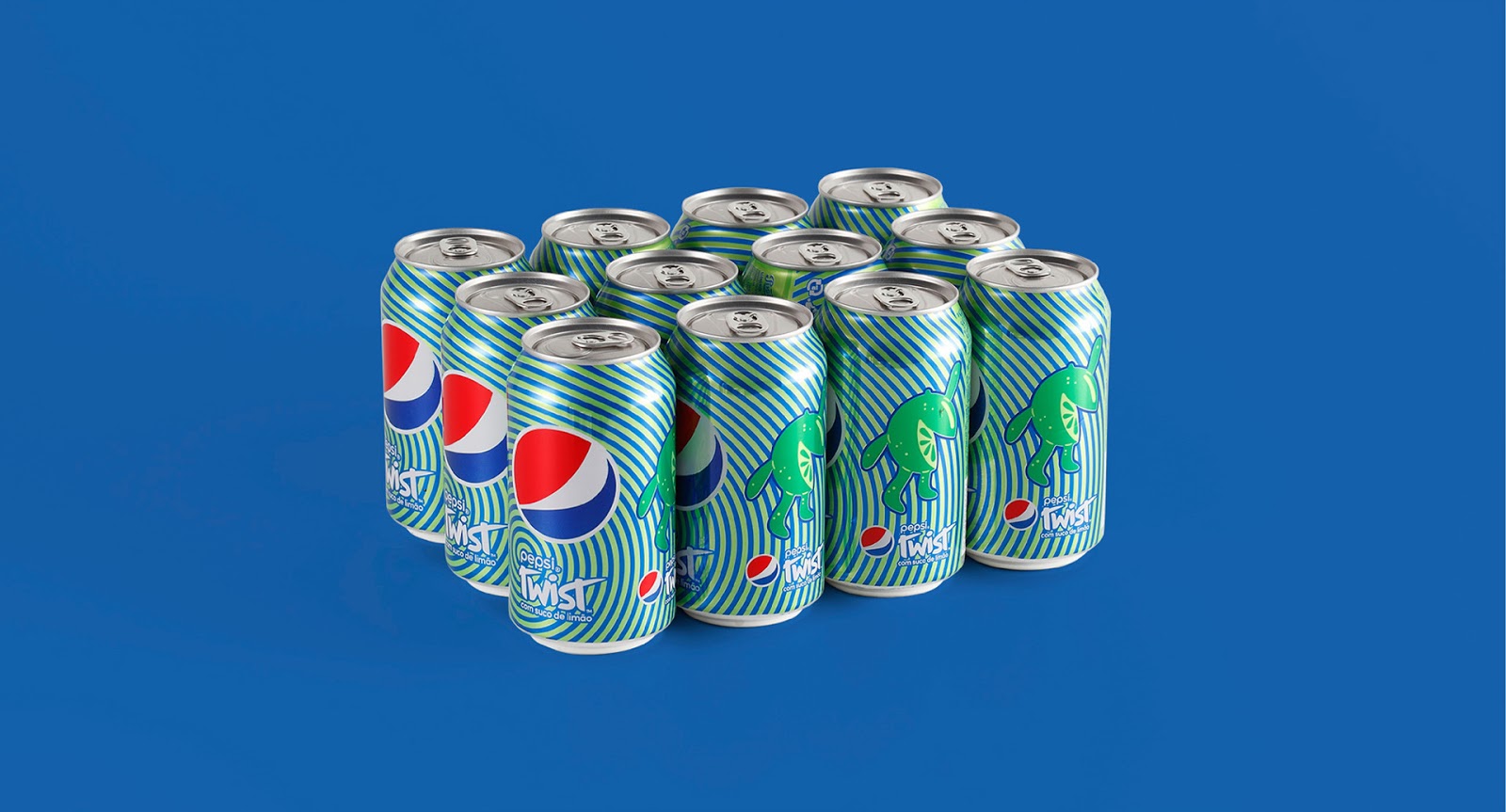 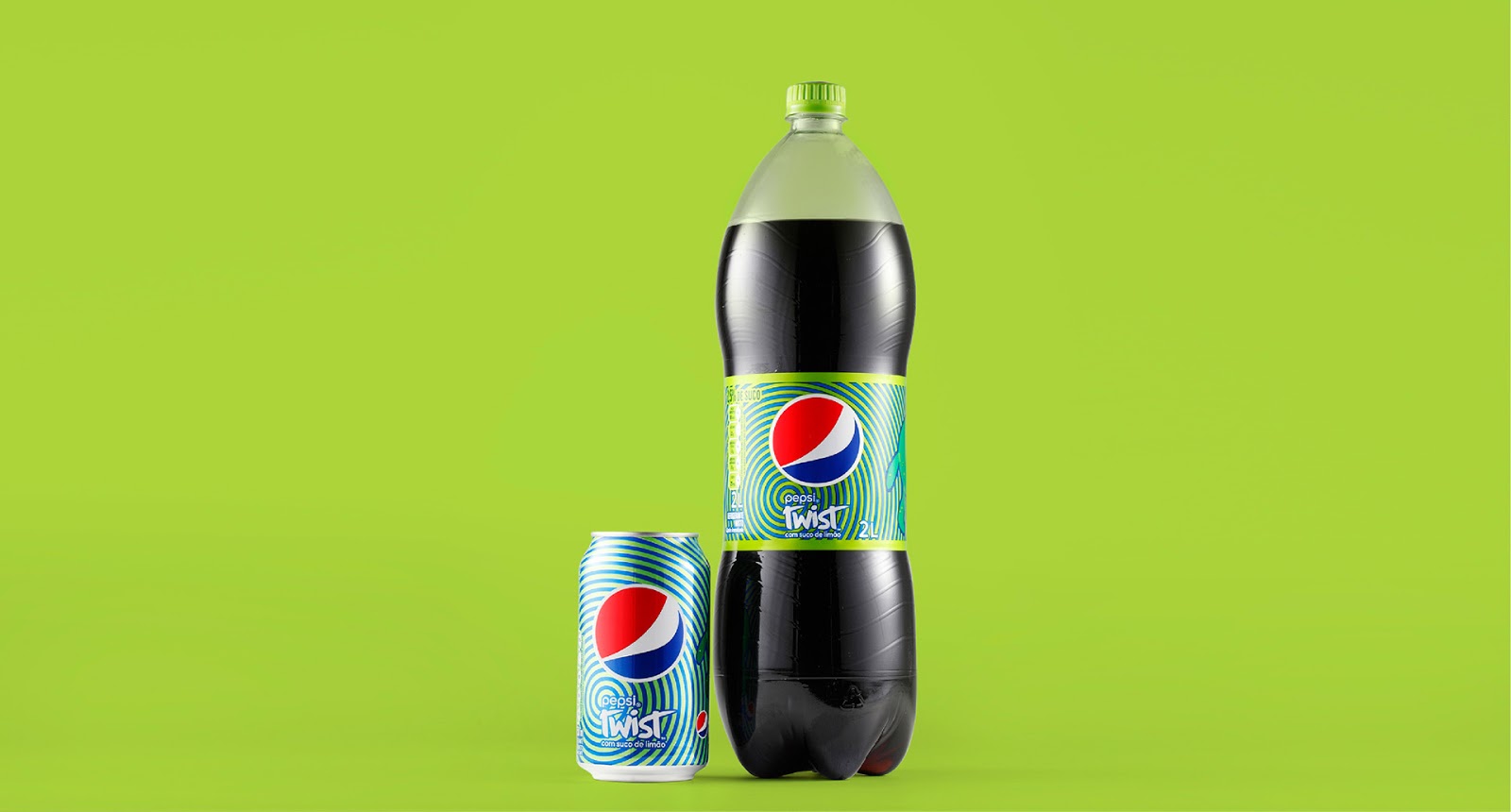