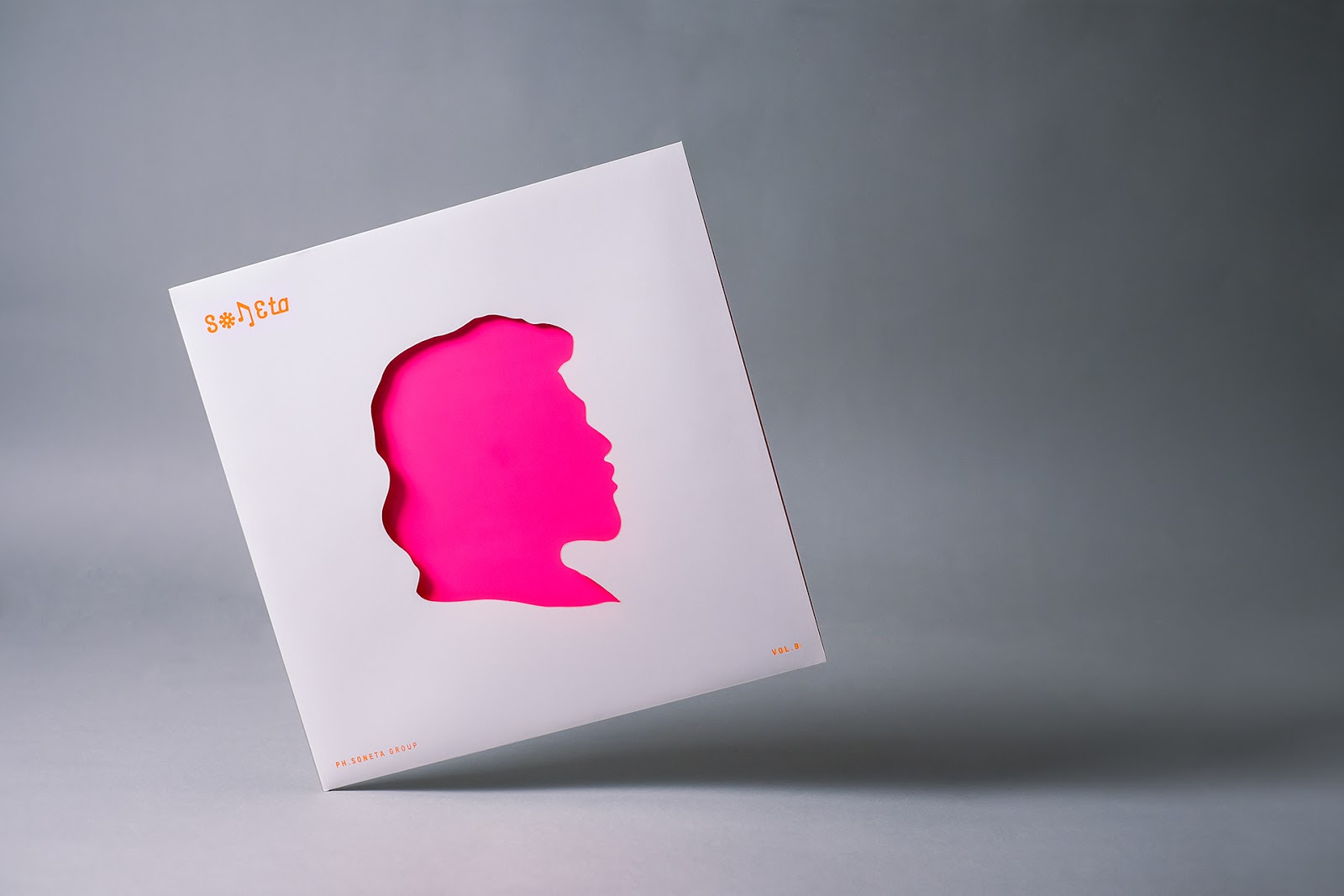 A submission project for Irama Visual Exhibition, an event for vinyl, music and art enthusiast. Each designers were given a choice to select any of existing vinyl cover art from the past and redesign it with their own interpretation. We picked the album by Soneta, a legendary Dangdut – a genre of Indonesian folk and traditional popular music – group lead by Rhoma Irama, well known as “The King of Dangdut”. The album titled called Begadang 2, released in 1979. We created a die-cut sleeve forming The King’s silhouette and fluorescent inked screen printed a customized typeface of the album title on inside sleeve so when it’s opened, the typeface filling out the silhouette completely. A popping eye was added in the letter A since Begadang means “Stay Up Late” in English. 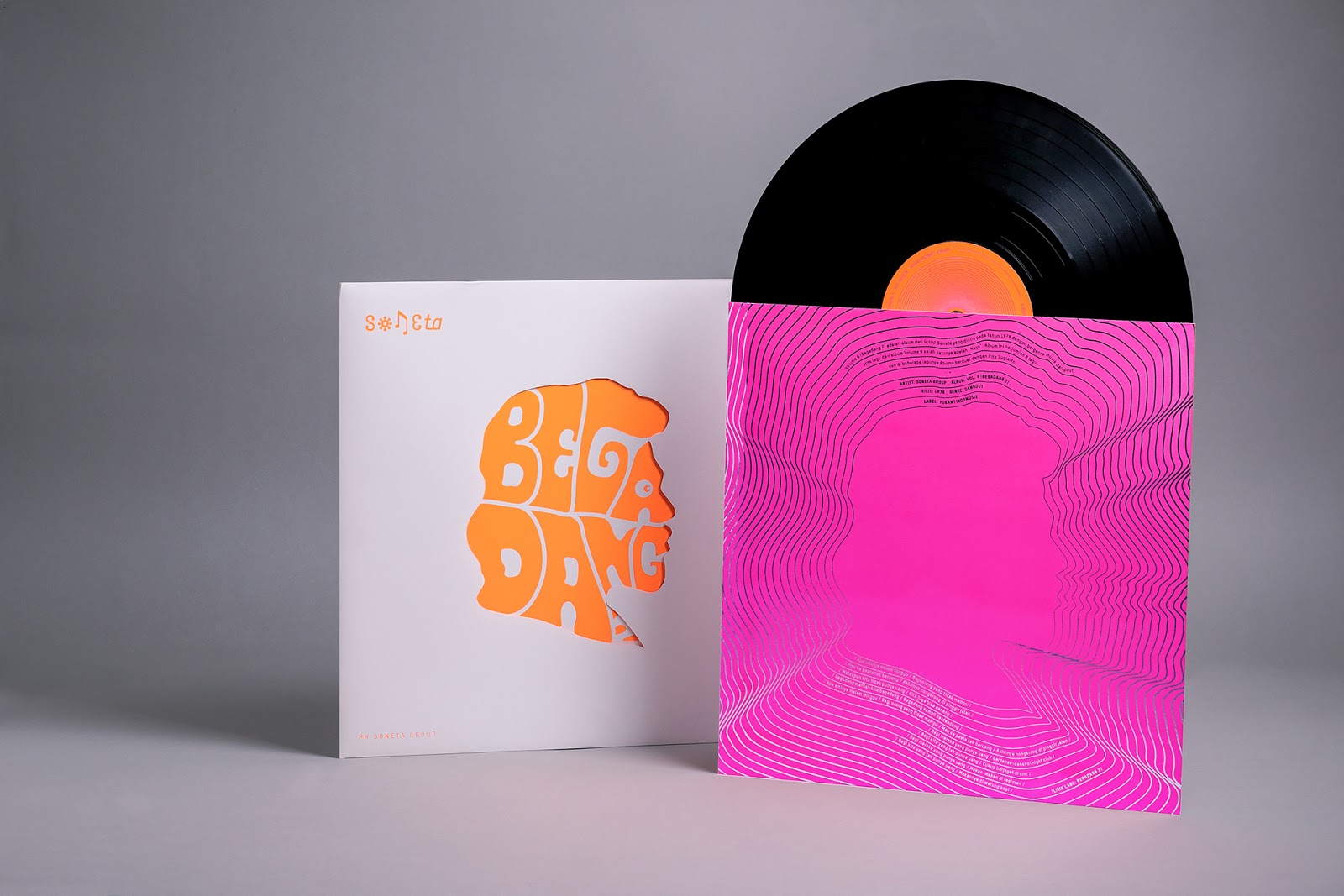 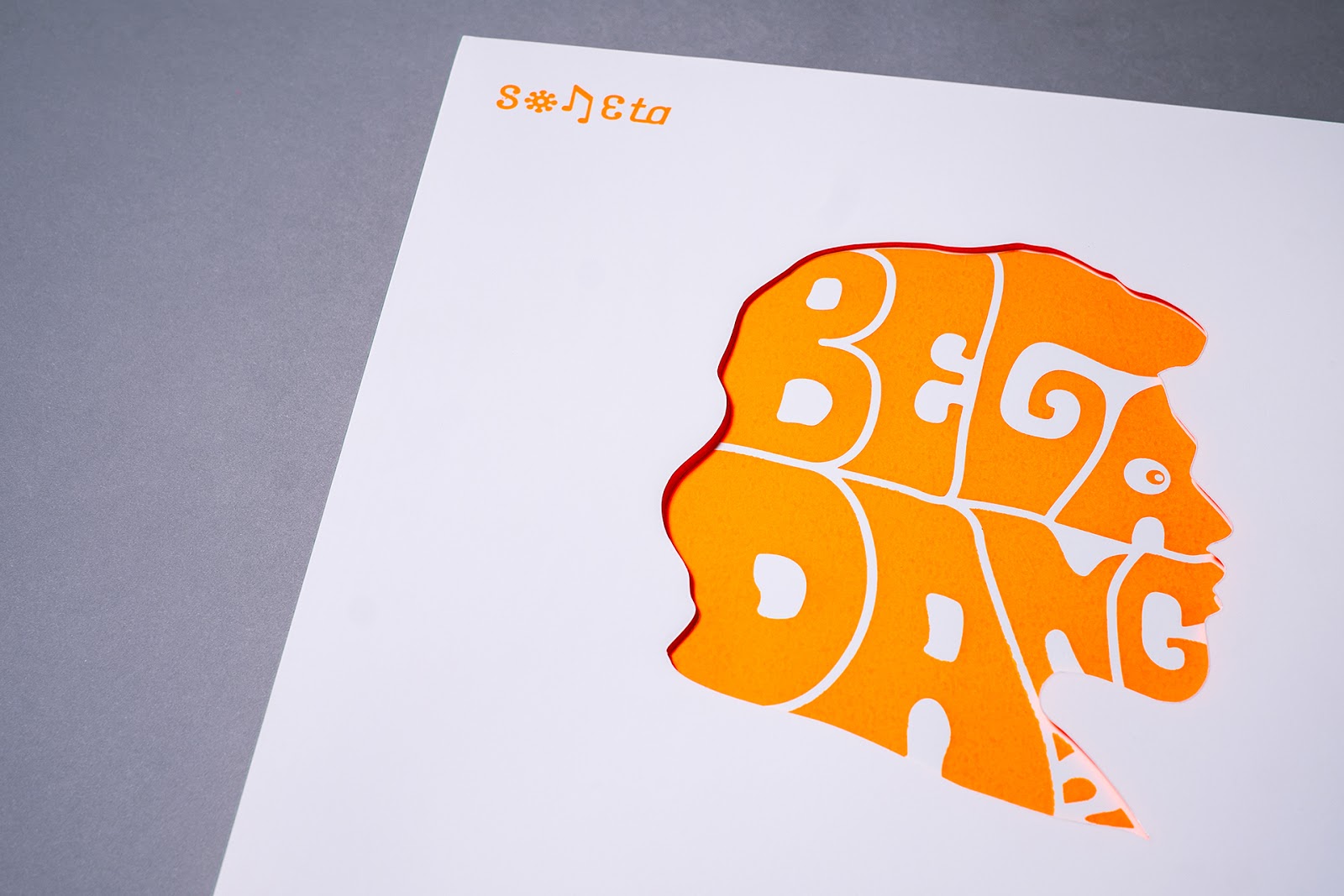 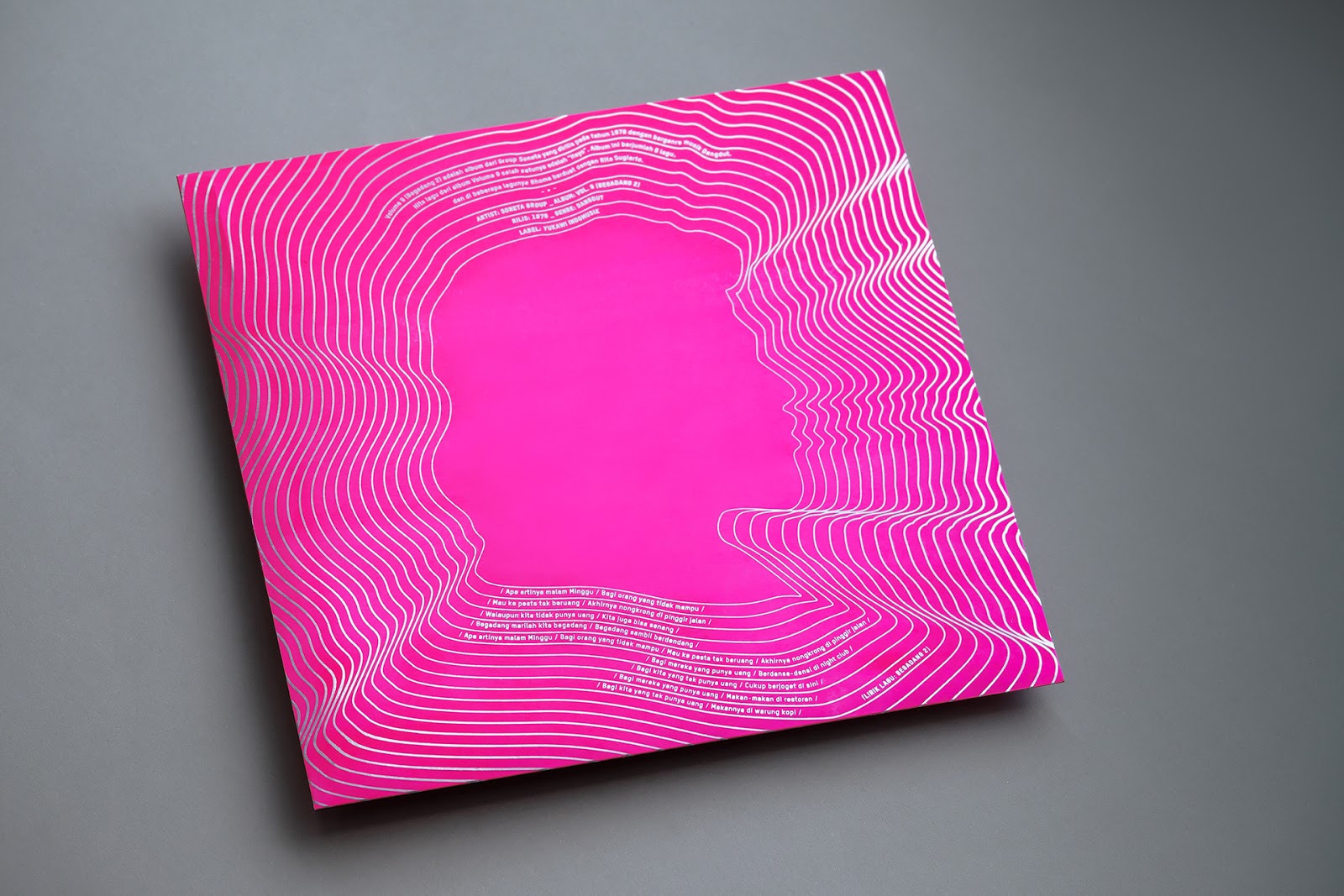 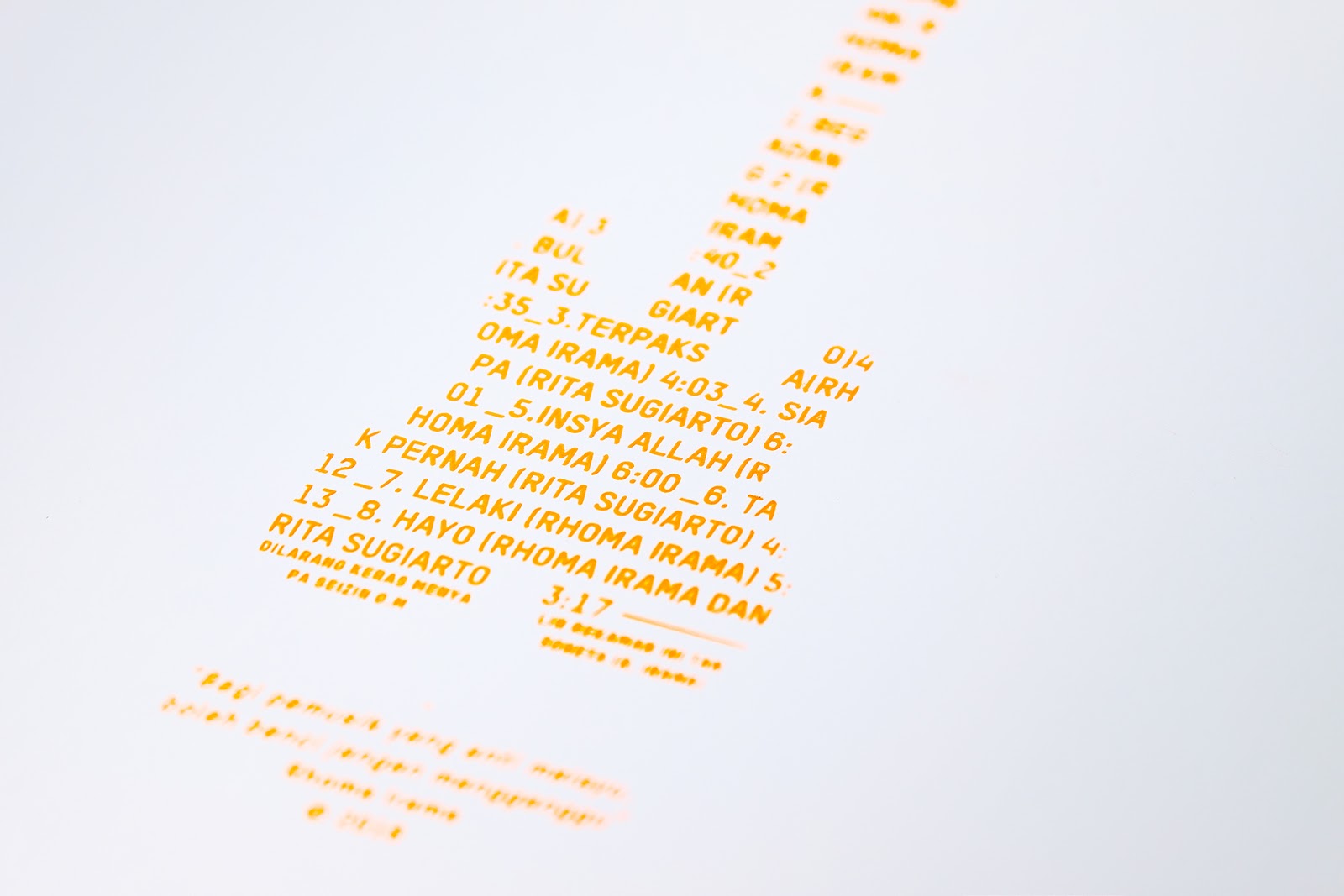 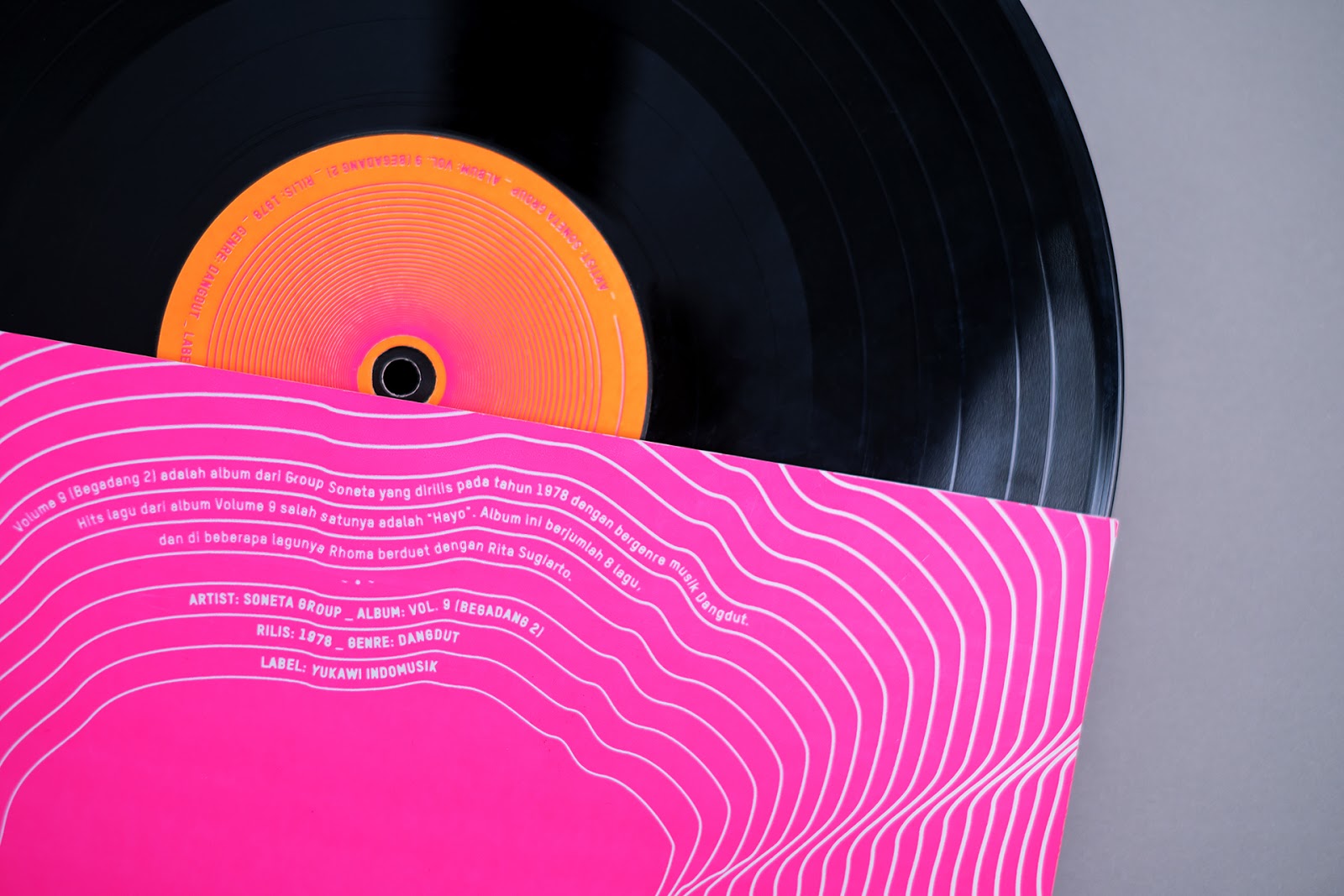