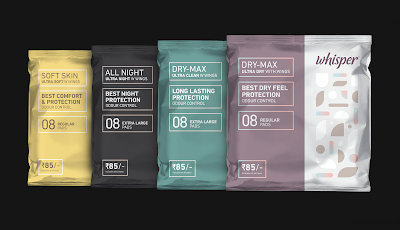 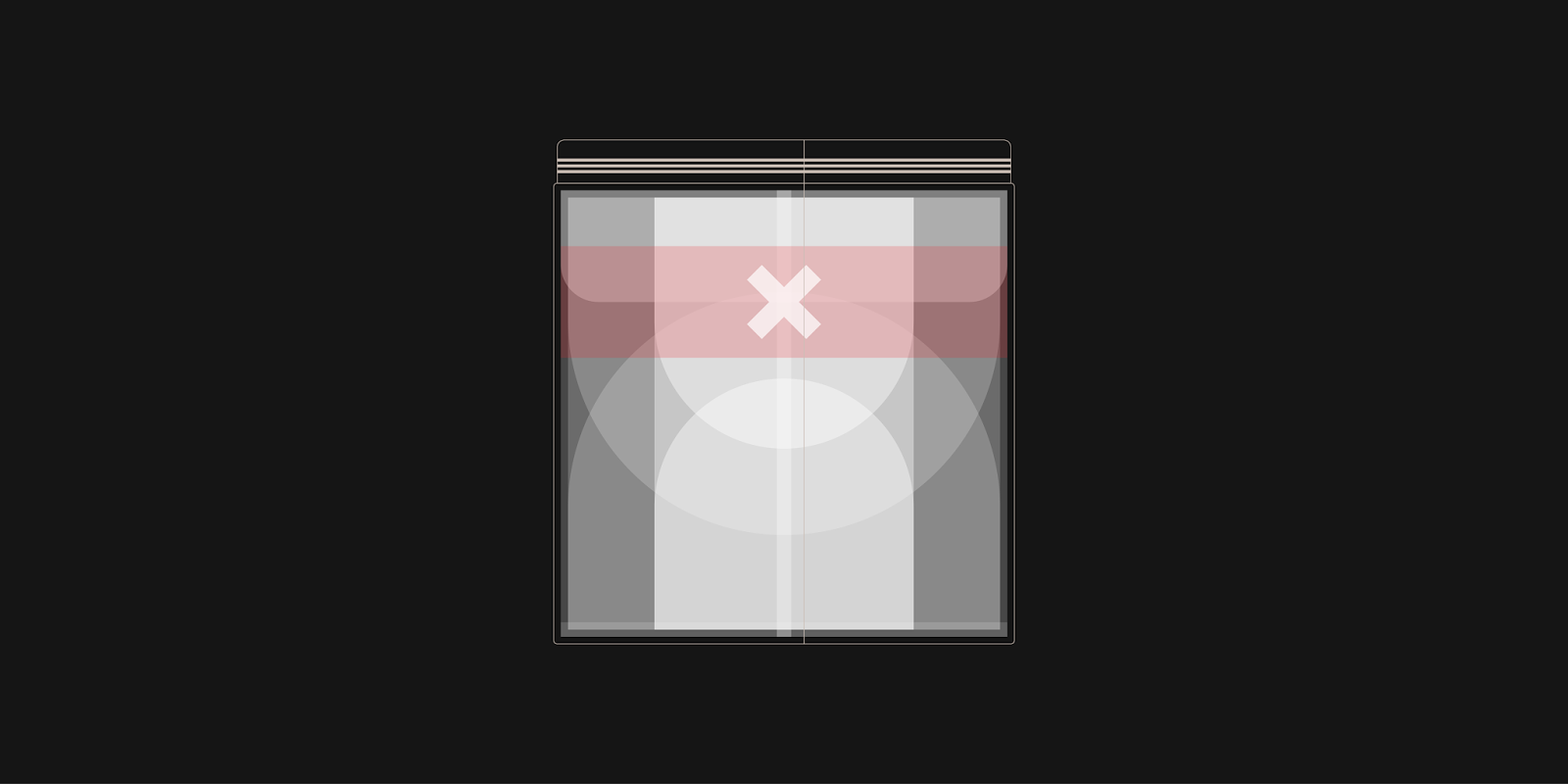 There has always been a stigma associated with menstruation and so the sanitary napkins, in the Indian society. One hesitates to carry the packet naked (without putting it in an opaque black bag or wrapping it up in a news paper) in public just because of the taboo associated with it and its usage and also because of the prominent & unneeded visuals of the packet that takes up to 40% area of the packet skin. The vibrant coloured packets (mostly greens, pinks and blues) accompanied by the monotony of the visual elements like the flowers, butterflies and star like patterns, no more give the ‘product for female’ feel or the delicacy and the gentleness that they intend to. Also one hesitates to freely carry an individual pad because of its translucent poly bag packaging which is also insufficient to seal the bloated pad properly as it even fails to cover it completely. So there’s a need for a better disposal and sealing of the polybag (internal packaging) and better graphics/ visuals (using the available space efficiently)and a zip lock system for the main packet (external packaging)

*I have redesigned the packaging for an existing brand called whisper. This packaging is hypothetical. 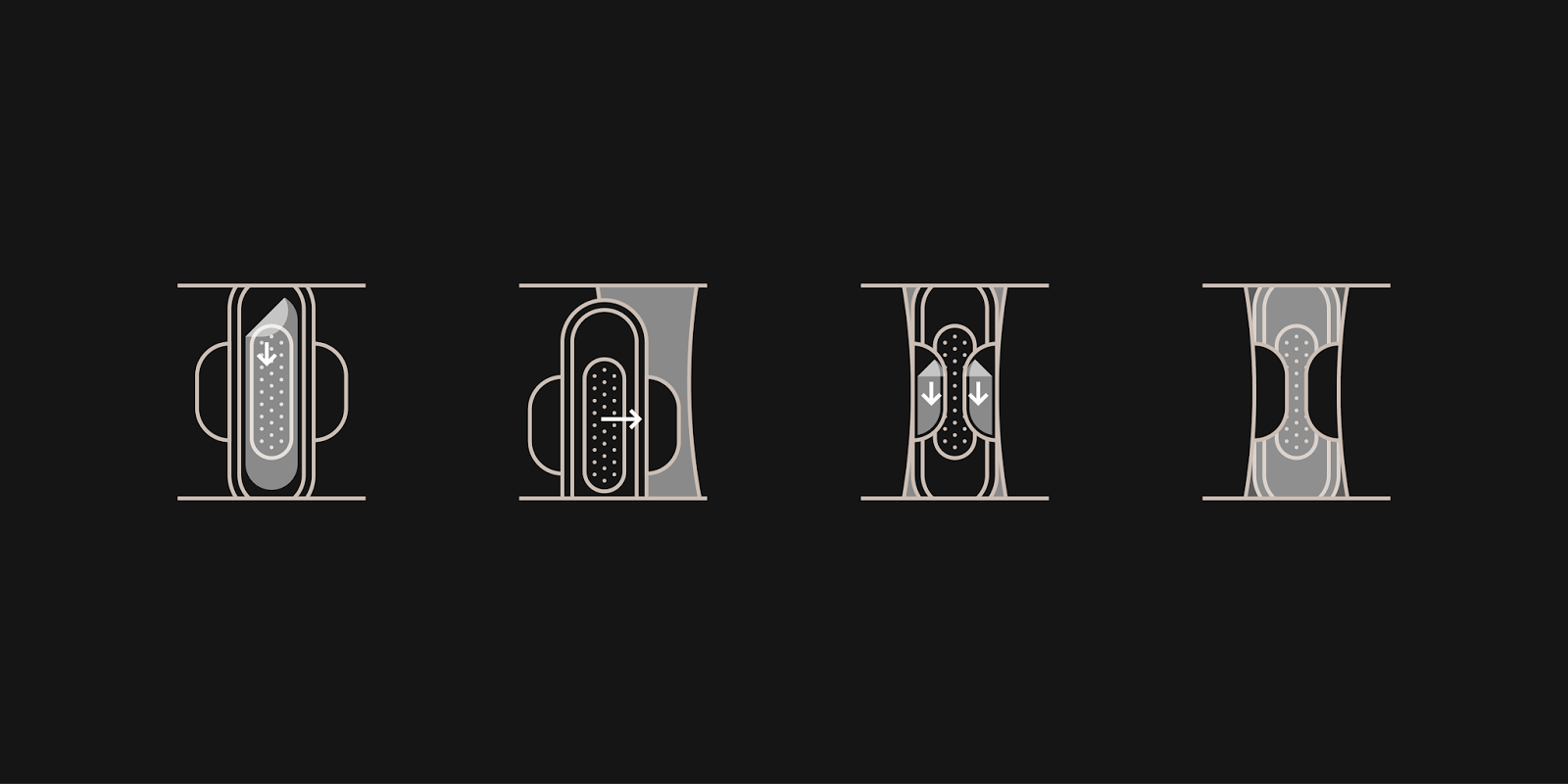 The redesigned packaging solves the current problem providing a better disposal of a sanitary napkin after the use and sealing of the polybag (internal/ secondary packaging) and better graphics/ visuals (using the available space efficiently by describing easy accu-pressure exercises that one can do during periods) and a zip lock system for the main packet maintaining its value after the first use (external/ primary packaging). 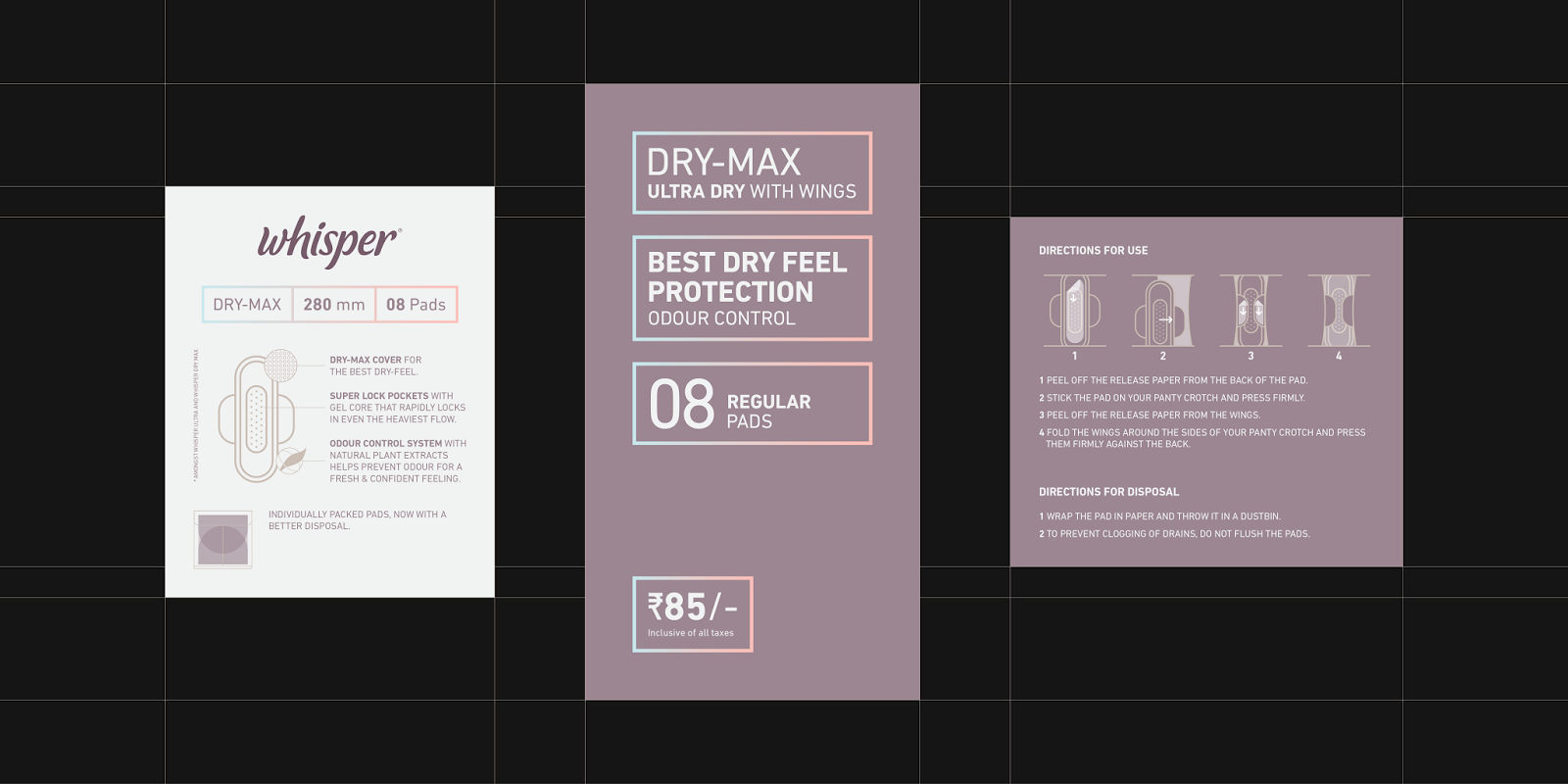 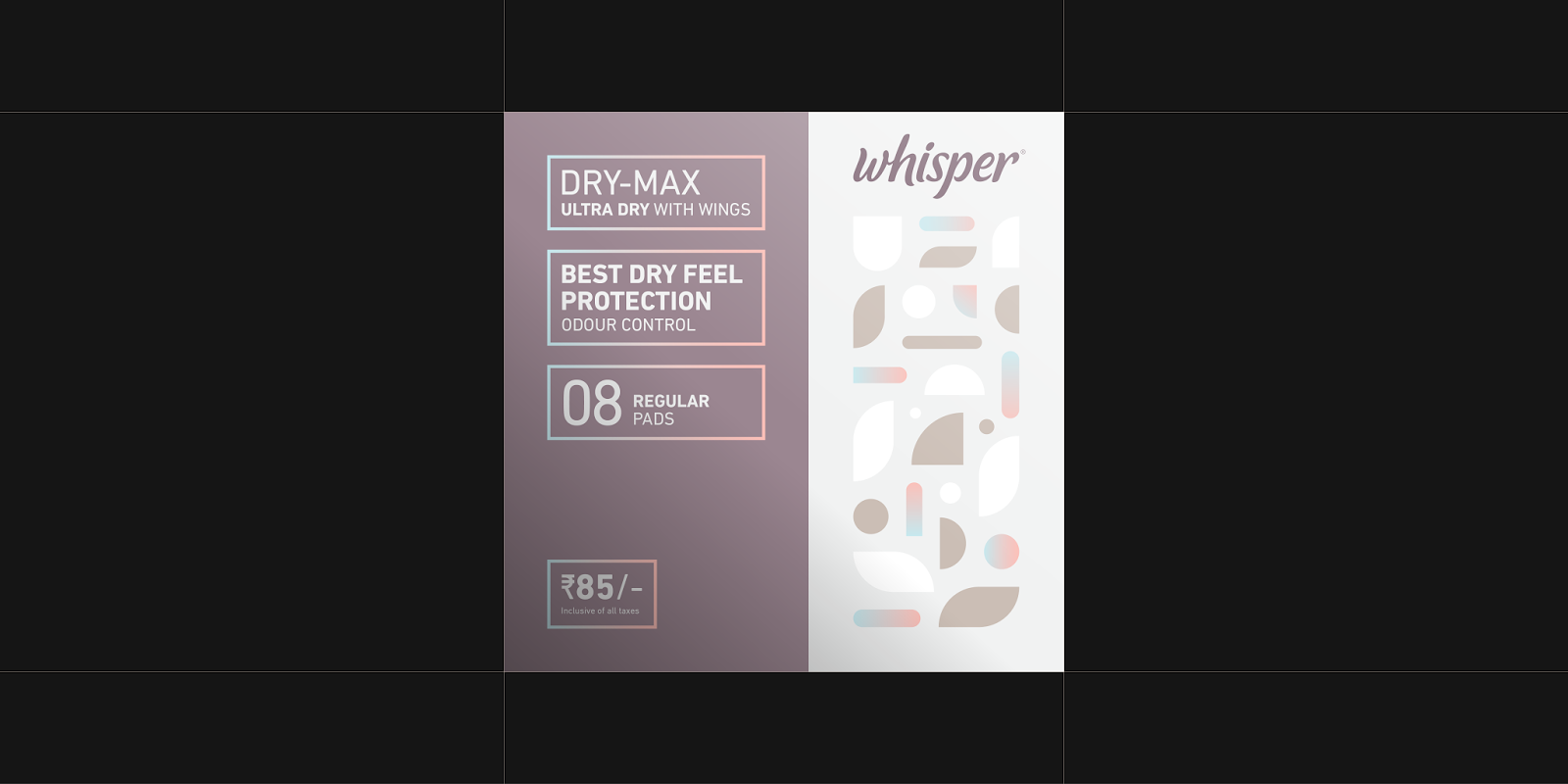 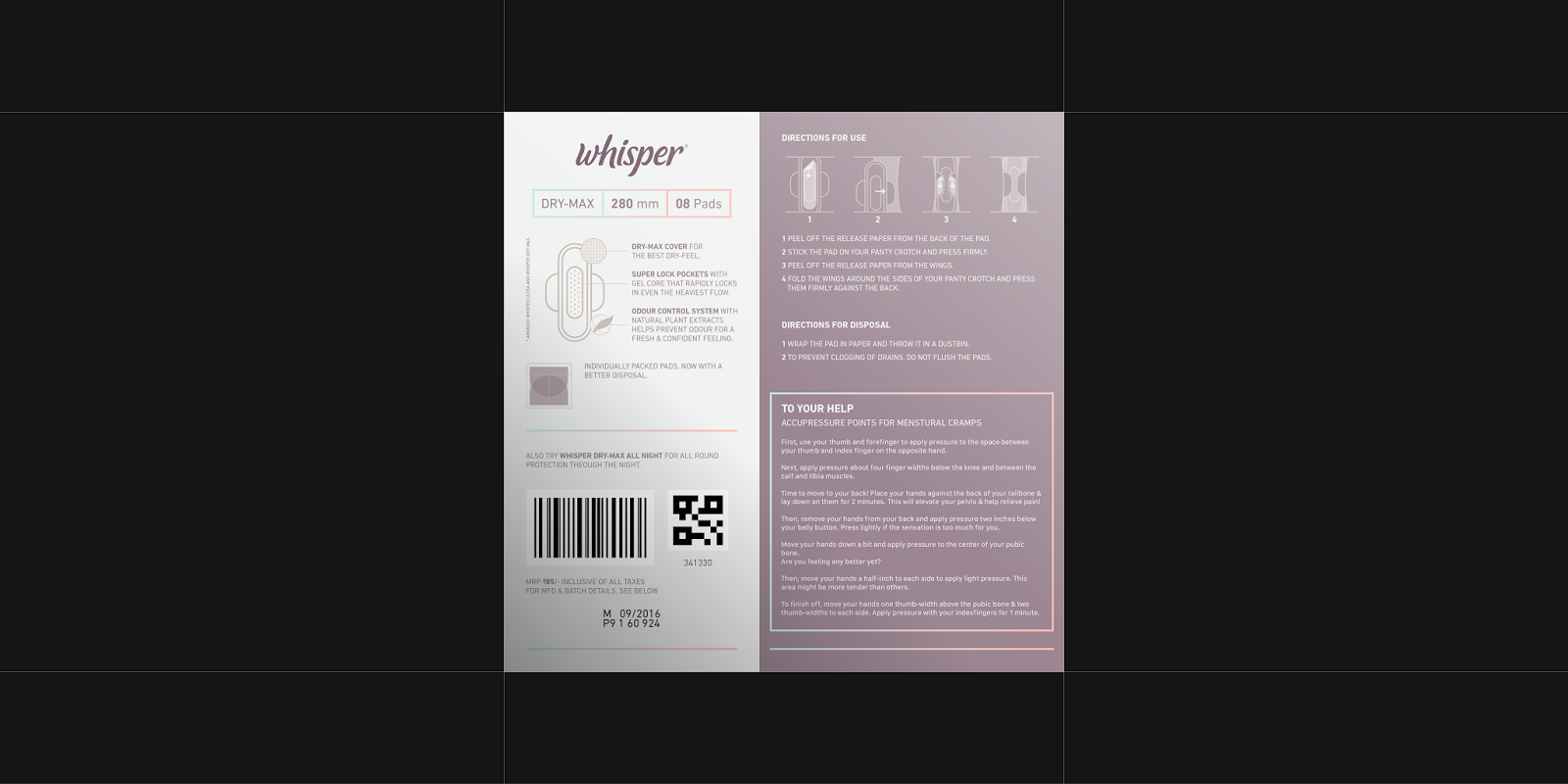 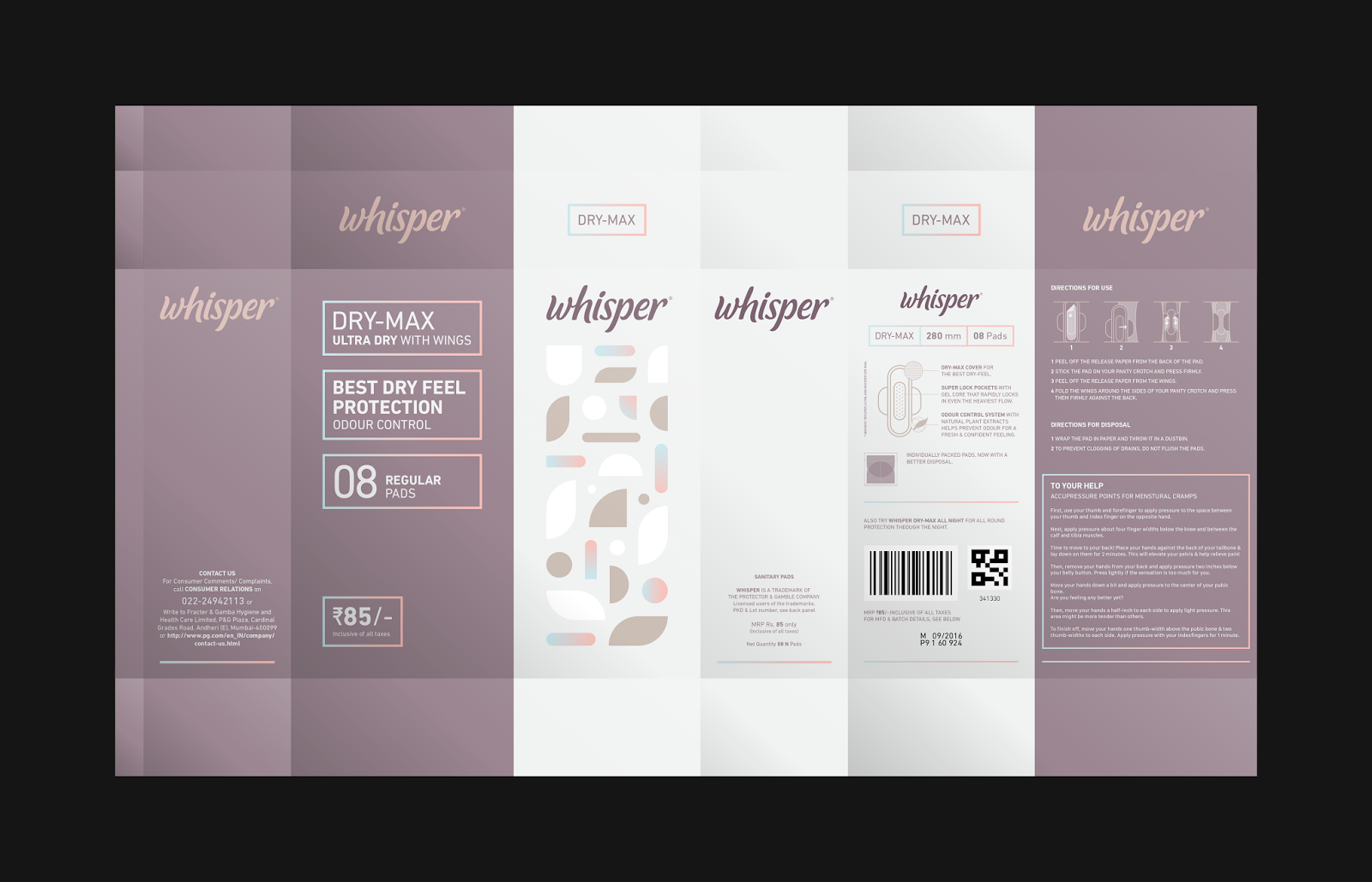 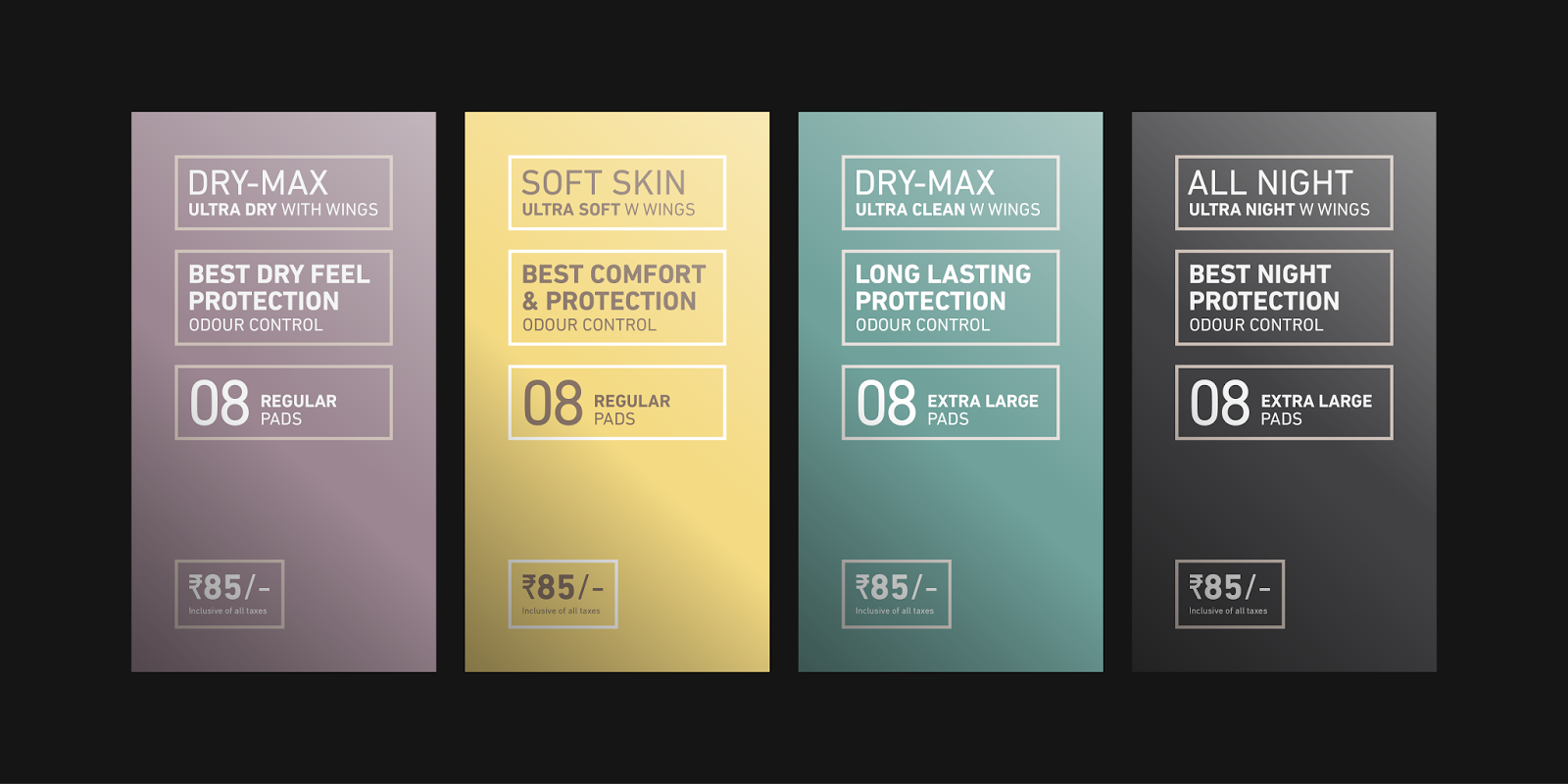 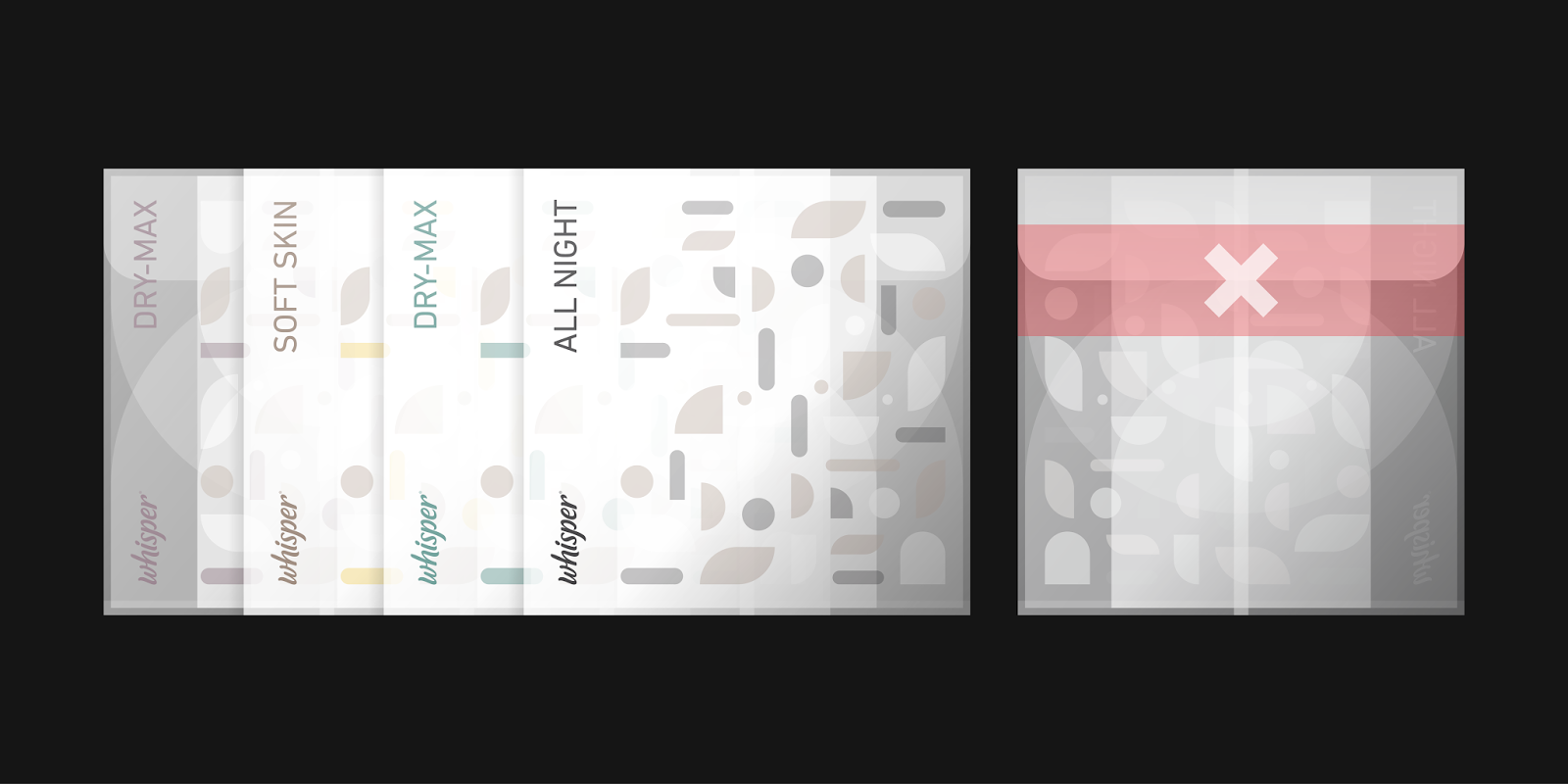 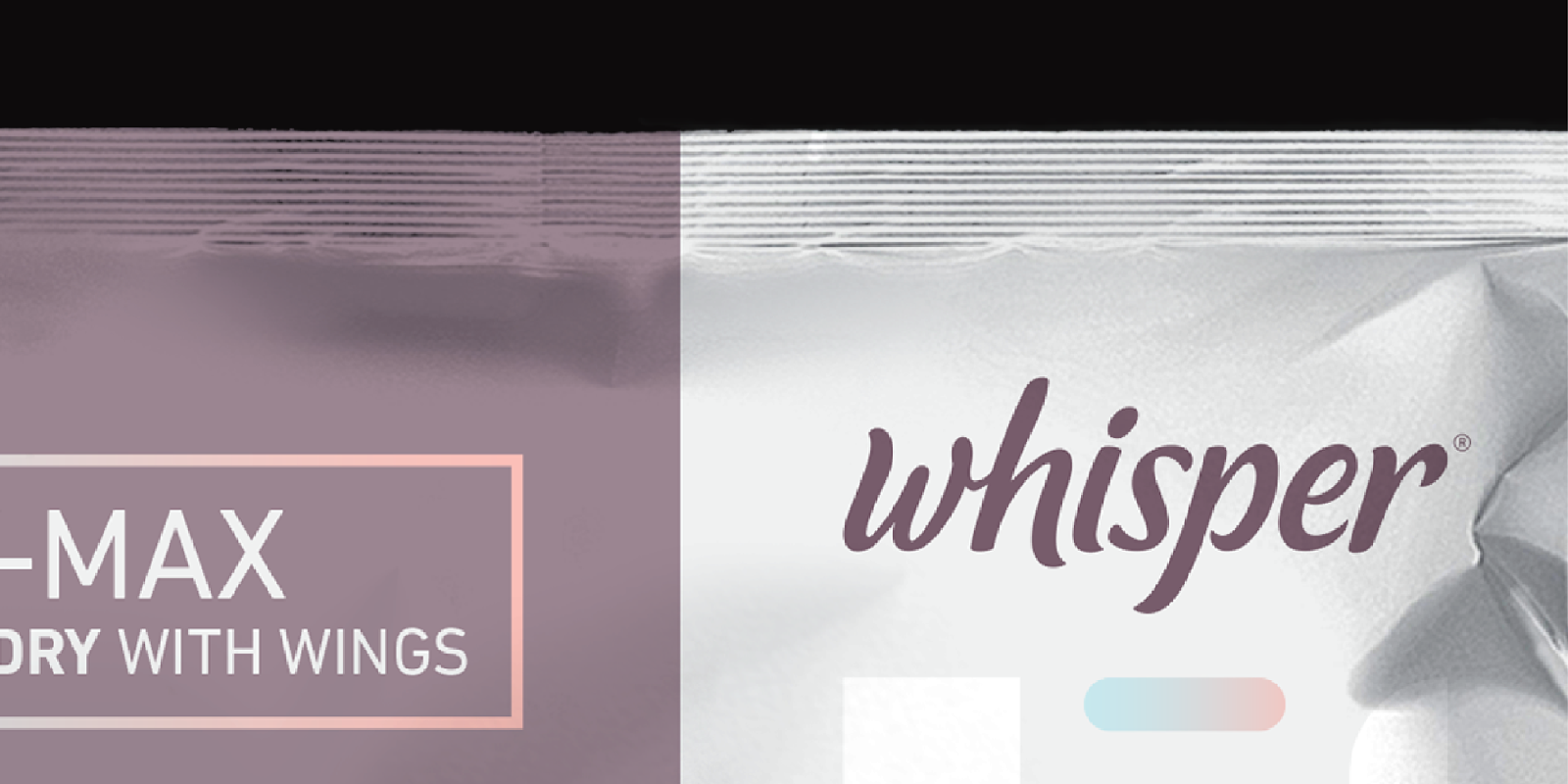 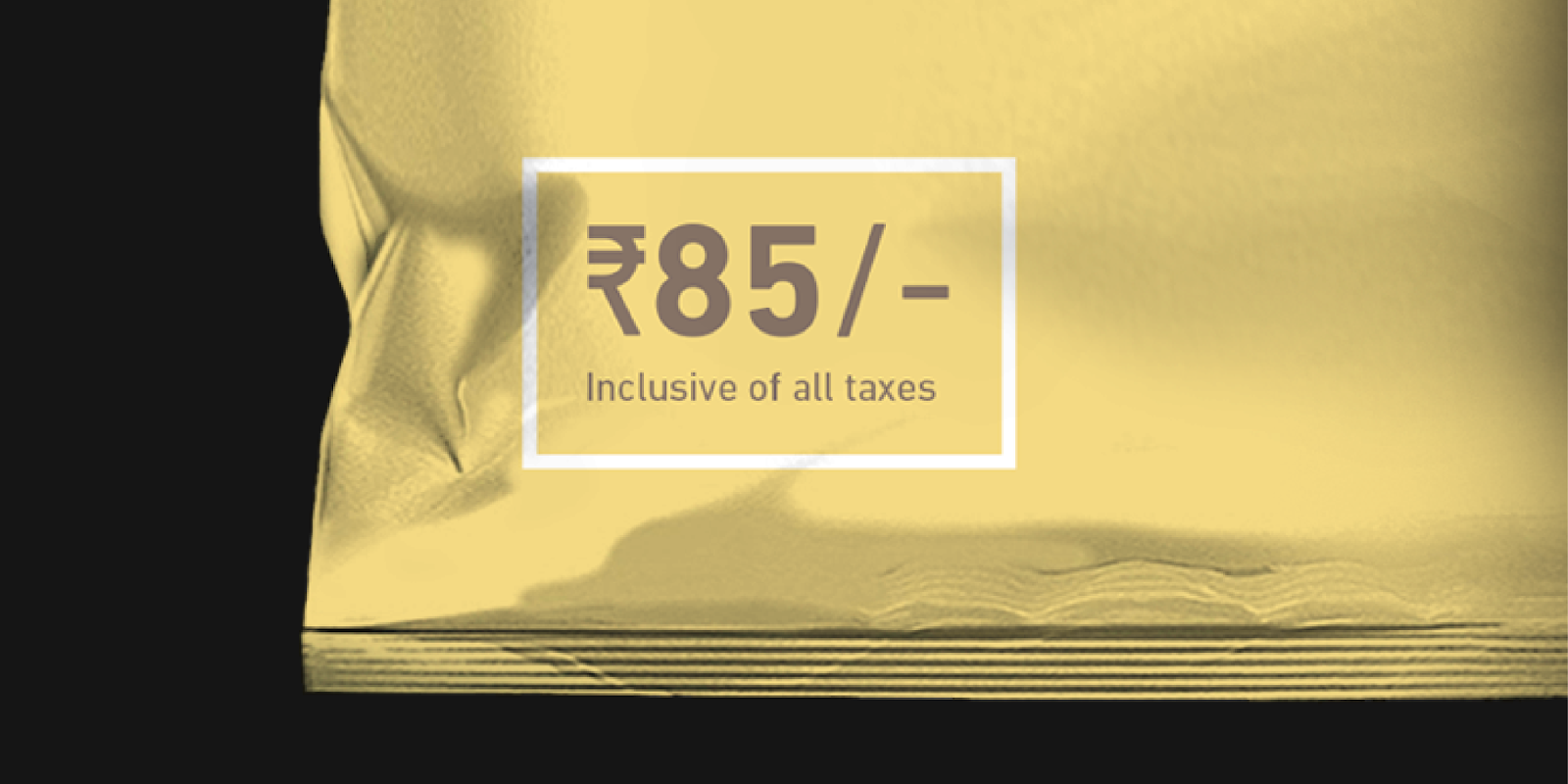 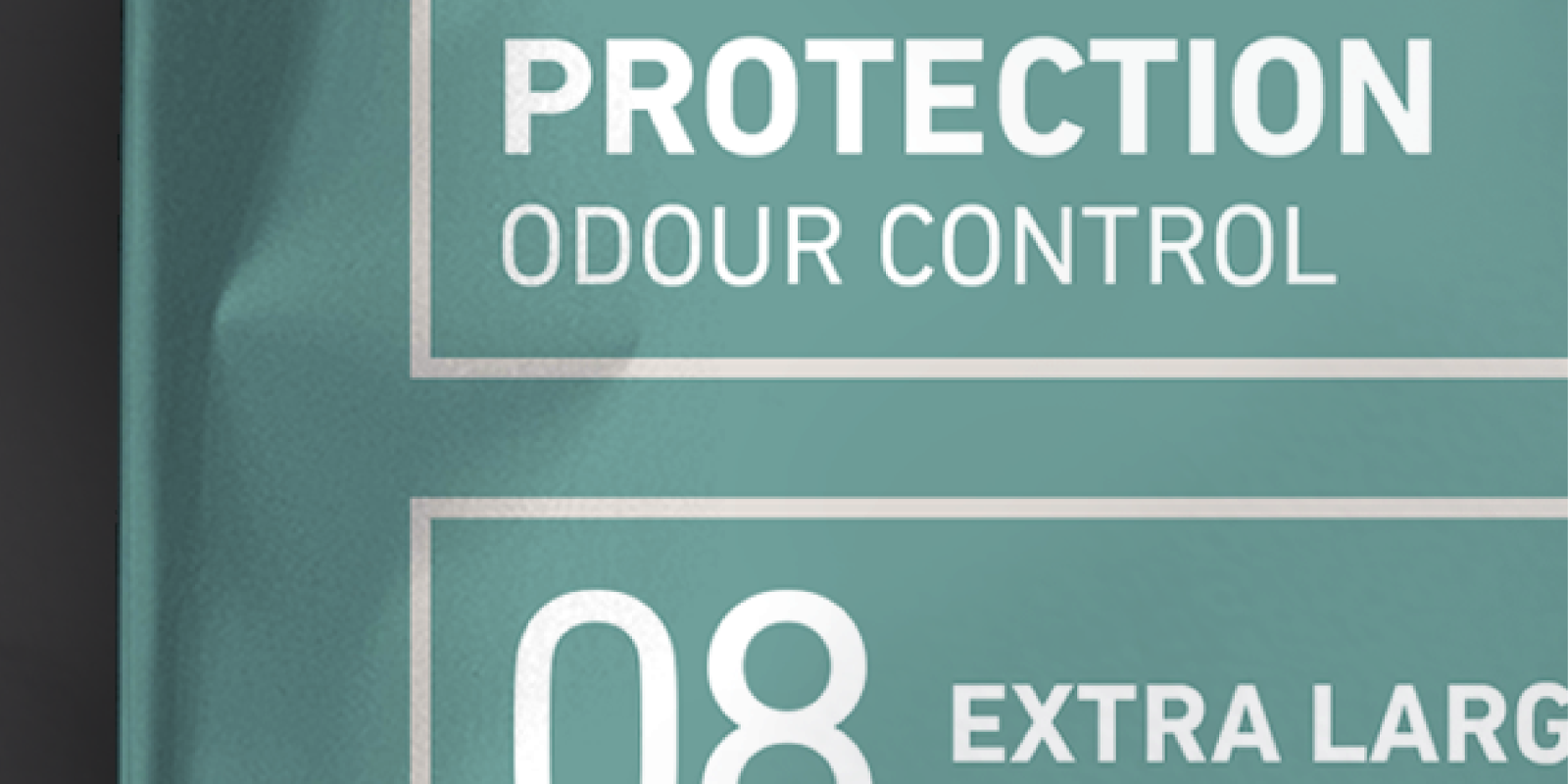 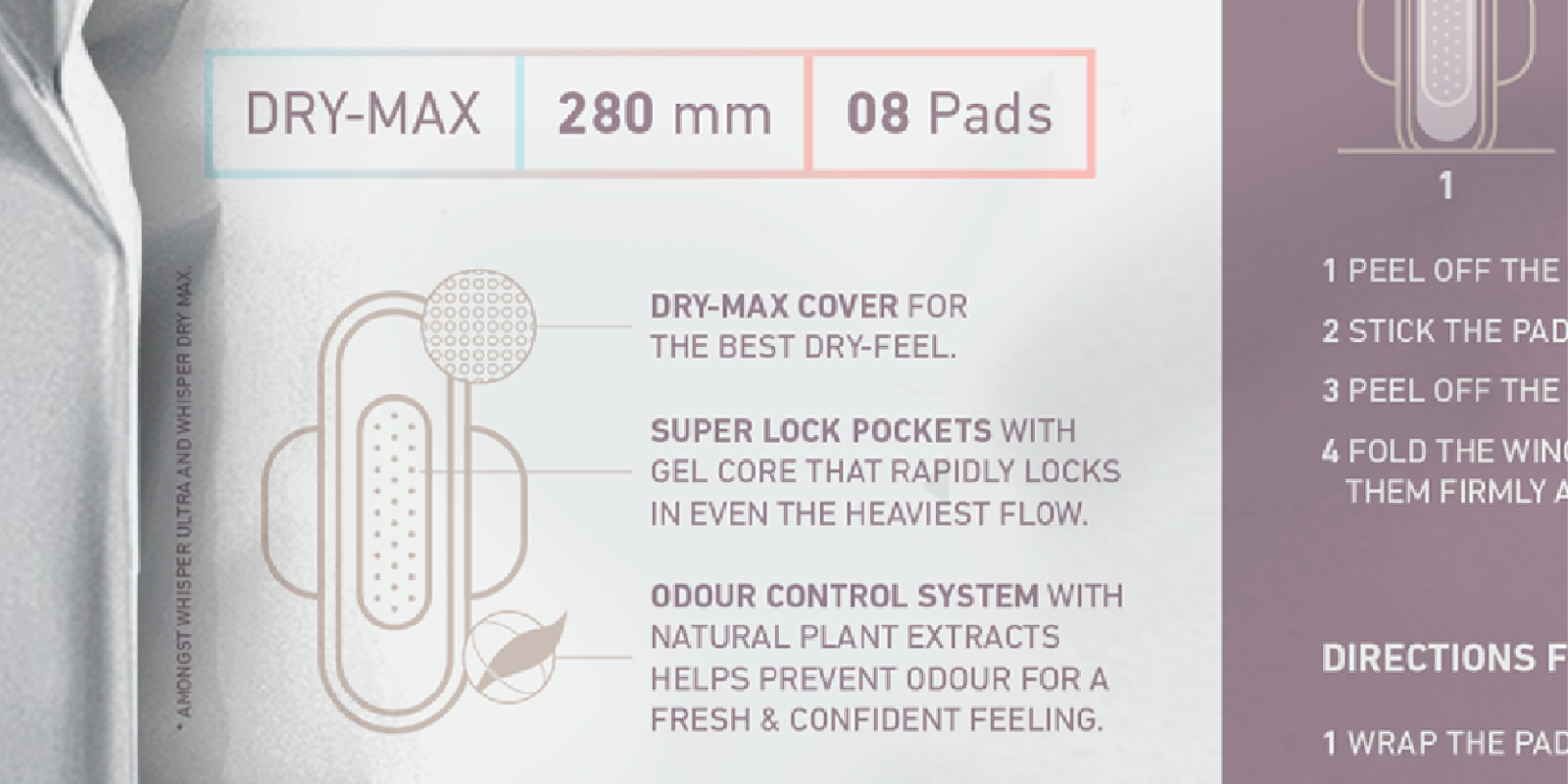 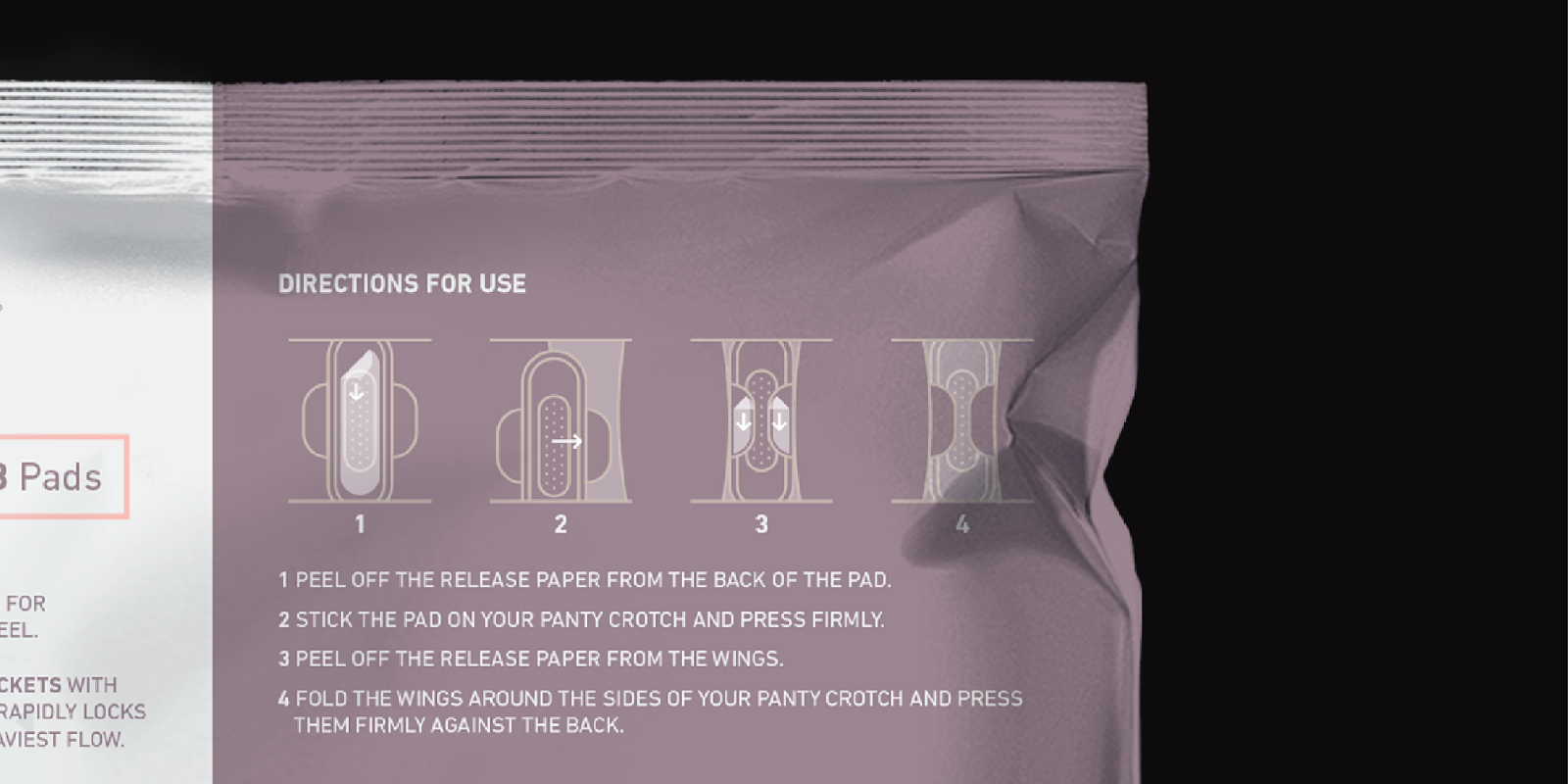 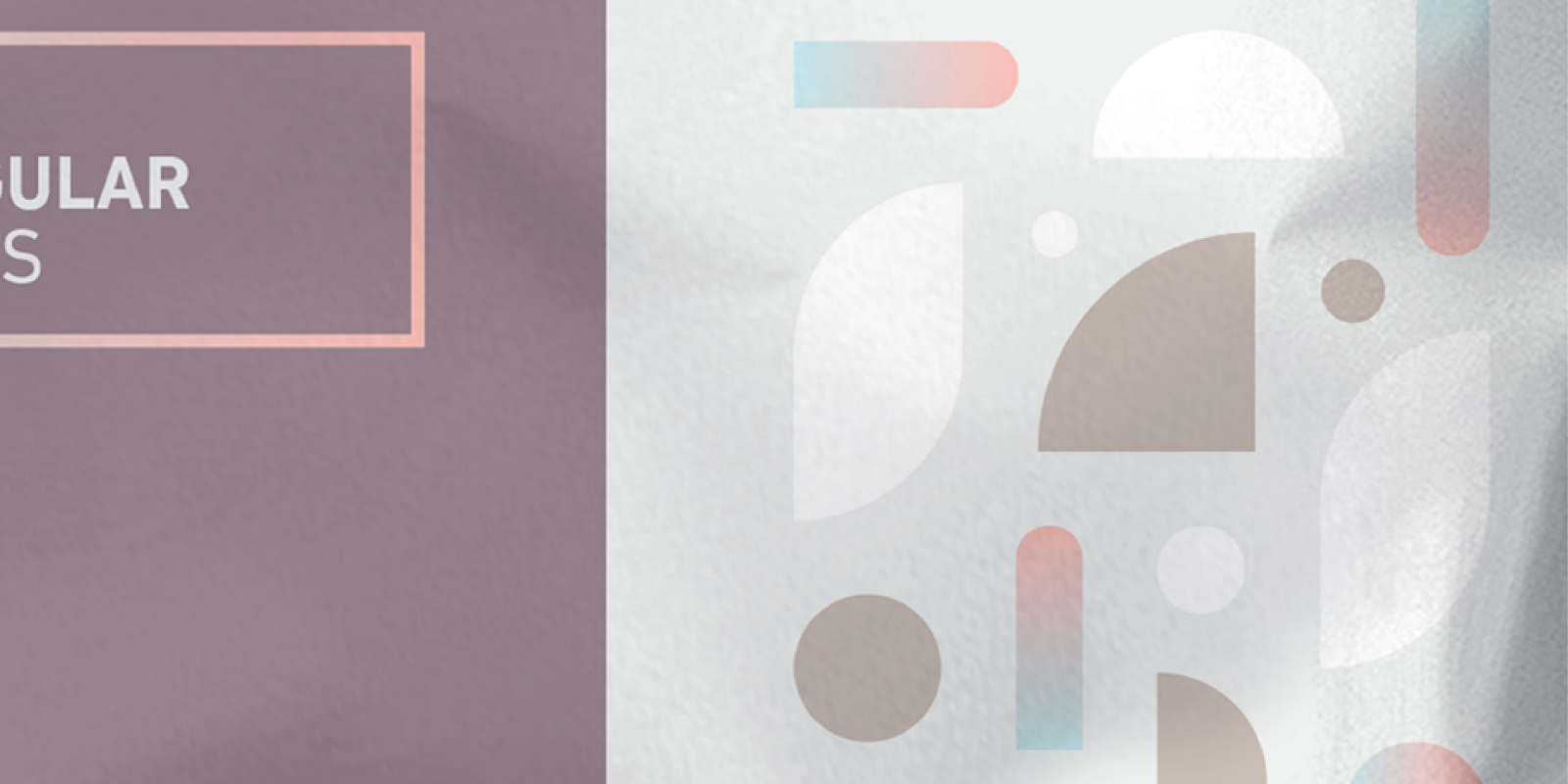 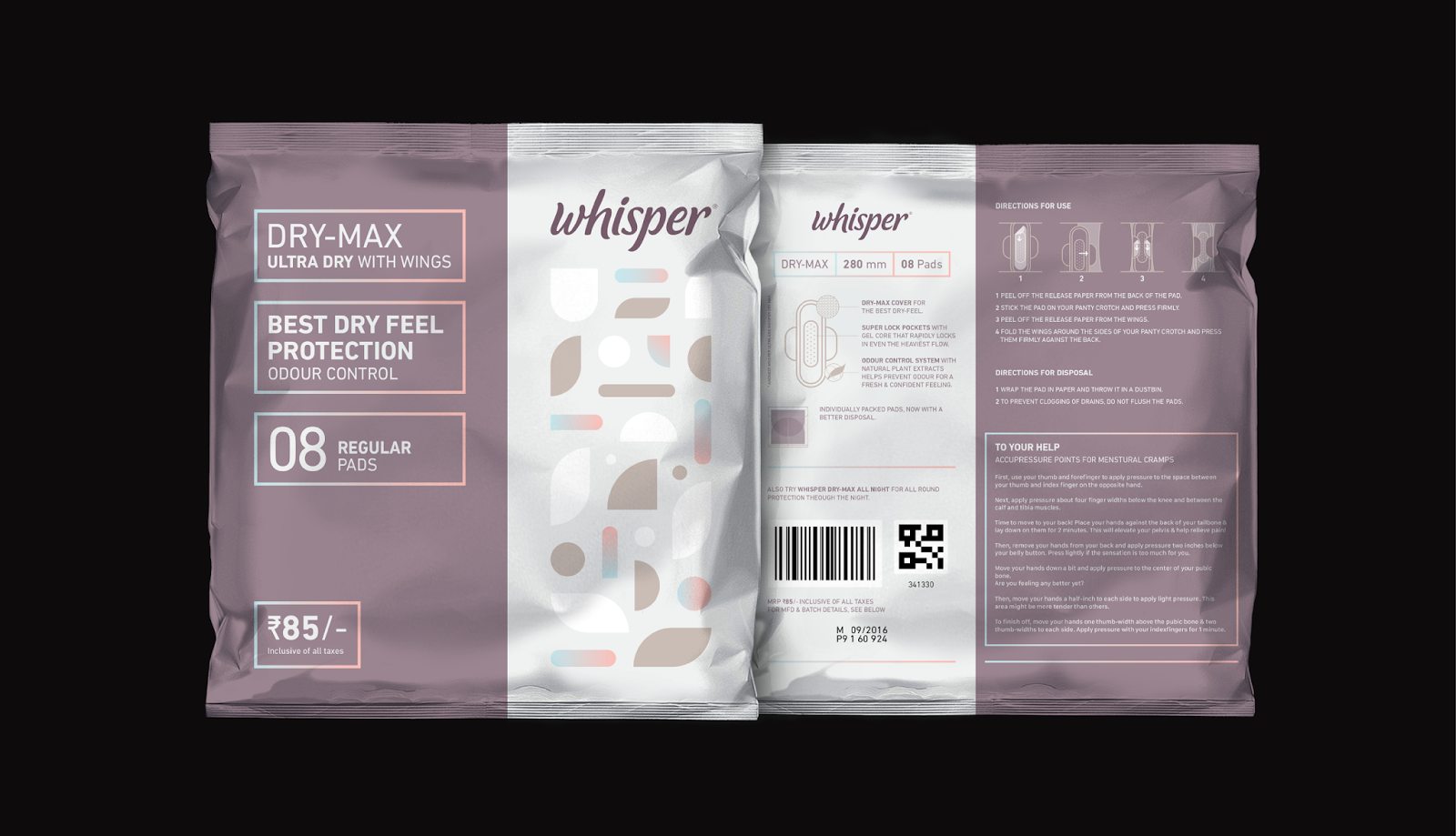 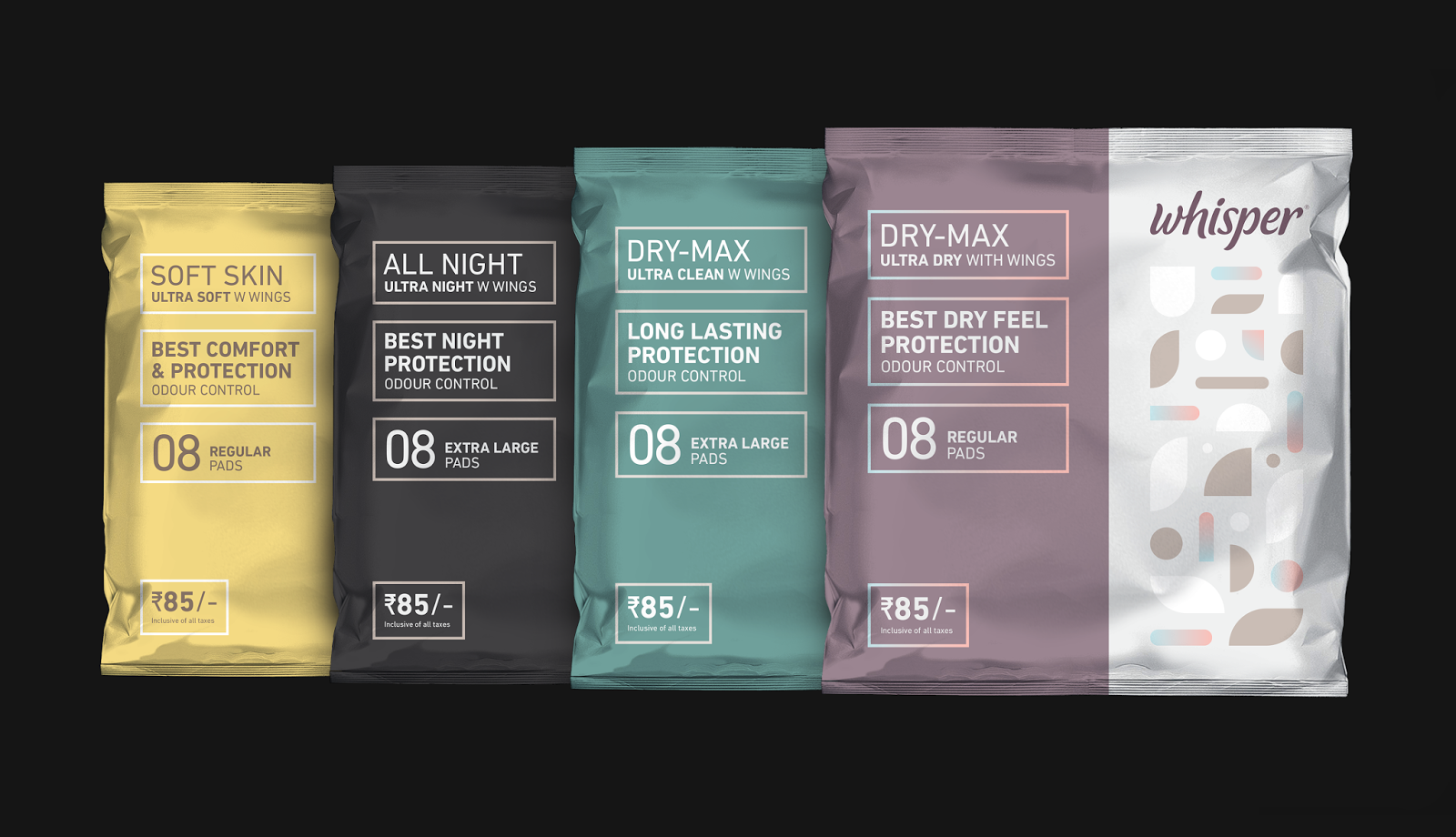