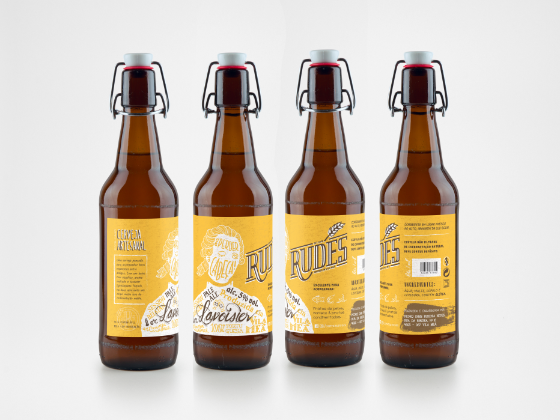 About the brand:
Rudes is a craft beer born in the Portuguese village of Vila Meã. This brand believes in both tradition and innovation through experimentation. It’s faithful to the principles of crafting great beer, as well as playful in creating new and thrilling taste experiences.

About the logo:
The goal of this branding was to achieve a modern and polished look whilst faithfully conveying the nature of the brand.

About the packaging:
Taking the cue from the brand’s name, I sought inspiration in characters that reflected the “rude” or tough personality of the brand. Hence, every beer is named after a character who, in their own “rude” way, have left their mark on the world, giving each crafted beer their own personality.

Since this craft beer was also born in the Portuguese village of Vila Meã, I created the first label based on “Zé do Telhado”, also known as the Portuguese Robin Hood.

Antoine Lavoisier was the inspiration for the second Rudes craft beer label. Granted, a less obvious choice, but legend has it that Lavoisier, when sentenced to death by guillotine, asked his friends to count for how many seconds he could blink his eyes with his severed head. This is claimed to be the last experiment of the father of modern chemistry.

The third label was inspired by Calvin Coolidge, 30th President of the United States, who as also nicknamed “Silent Call”. It is said he used to enjoy buzzing for his bodyguards and then hiding under his desk as they frantically searched for him.

What’s Unique?
In alignment with the artisanal and rural context of this beer, I designed heavily typographic labels resorting to almost exclusively custom hand lettering. I then complemented the final illustrations with some of the most characteristic elements of each character. 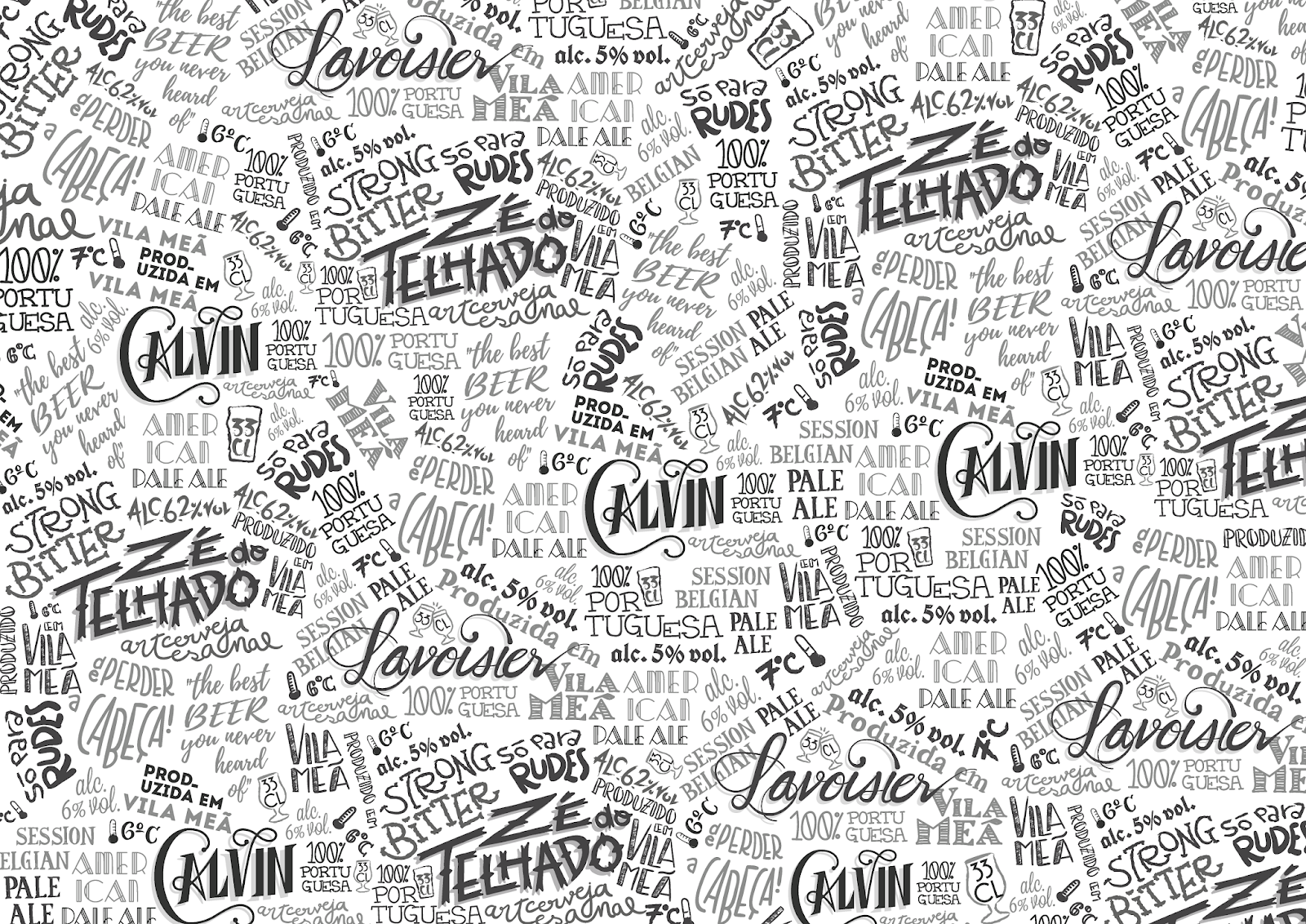