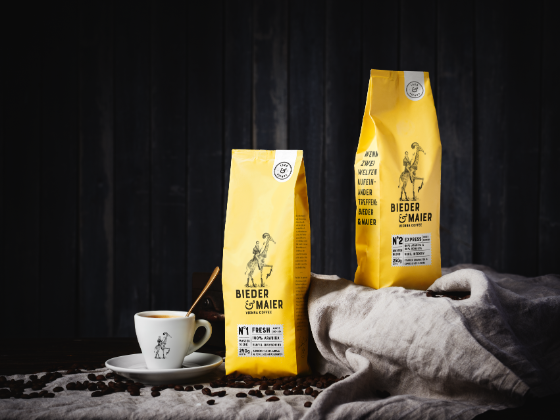 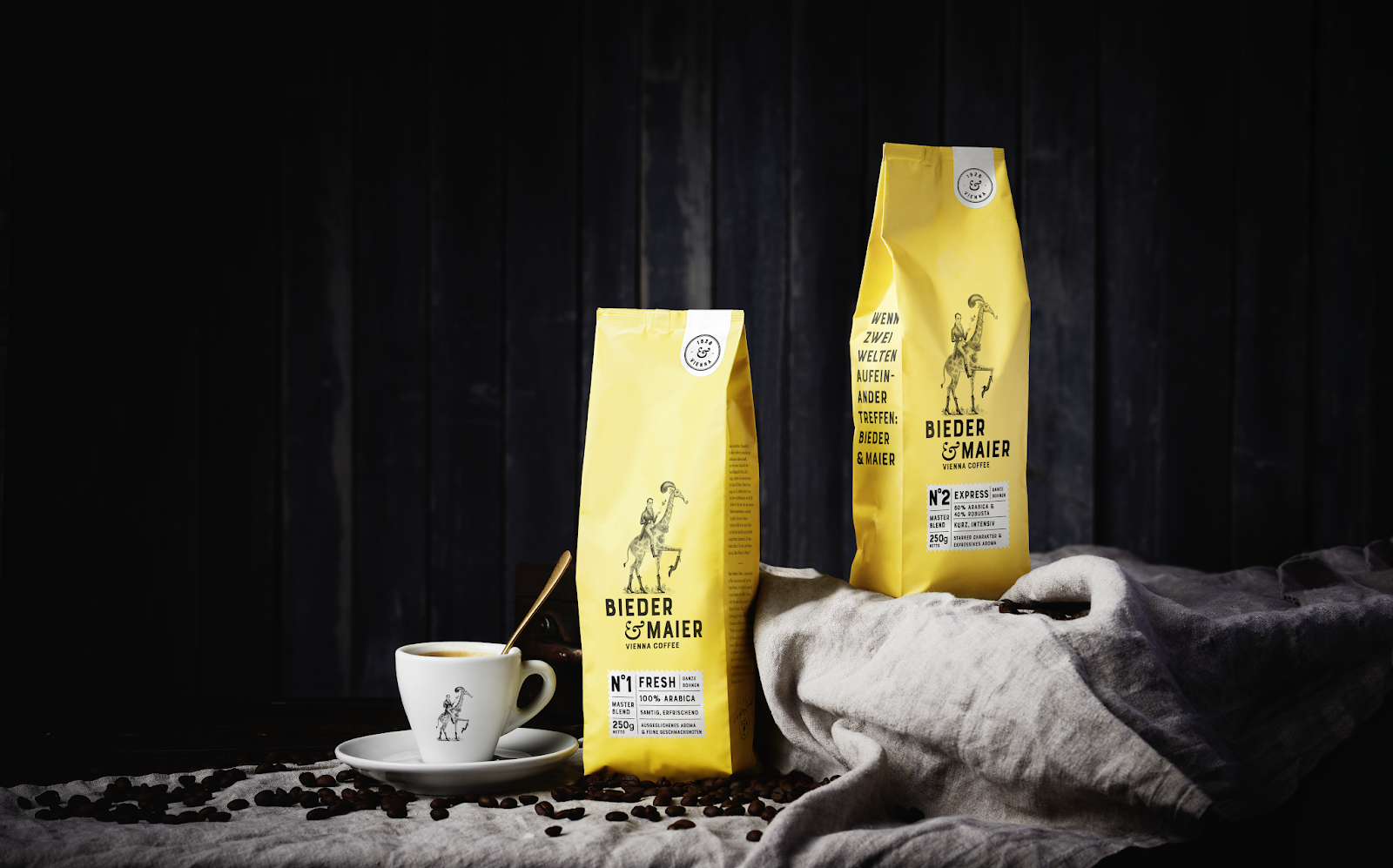 In 2011, the Viennese coffee house tradition was officially included in UNESCO’s list of national intangible cultural heritage. Nevertheless, there are only a few coffee brands that refer to this tradition. Internationally, Blue Bottle is probably the best known, named after Vienna’s first coffee house. And if a New York brand honours the Viennese coffee house tradition, there should also be one in Austria. A brand that manages to establish Austria as the world city of coffee in the minds of the locals, under the sign of Heritage, Craft and Lifestyle. And subsequently in the minds of the whole world.

The starting point was the re-branding of an existing brand without its own history and the goal to develop the existing quality of the coffee with a strong brand strategy into a love brand. Within half a year, this succeeded.

The key element of the design is the giraffe. It commemorates 1828 when the Viennese coffee house tradition was born and the first giraffe came to Vienna at the emperor’s behest. The signature colour is yellow, the imperial colour of that time. Yellow already reflected the grandeur of the era in 1828 and still does today.
The name of the brand is composed of the period – the Biedermeier era – and the name of the Barista – Valentin Maier. This implies the convergence of two worlds and shows that centuries of tradition and modern craftsmanship can be combined in the best possible way.

The design comprises coffee packaging, pad packaging, Coffee2Go cups, gift boxes, folders, printed products such as business cards and sales documents. Additionally, the brand presence will be strengthened on digital channels such as the website, online store, social media and through its own brand film. 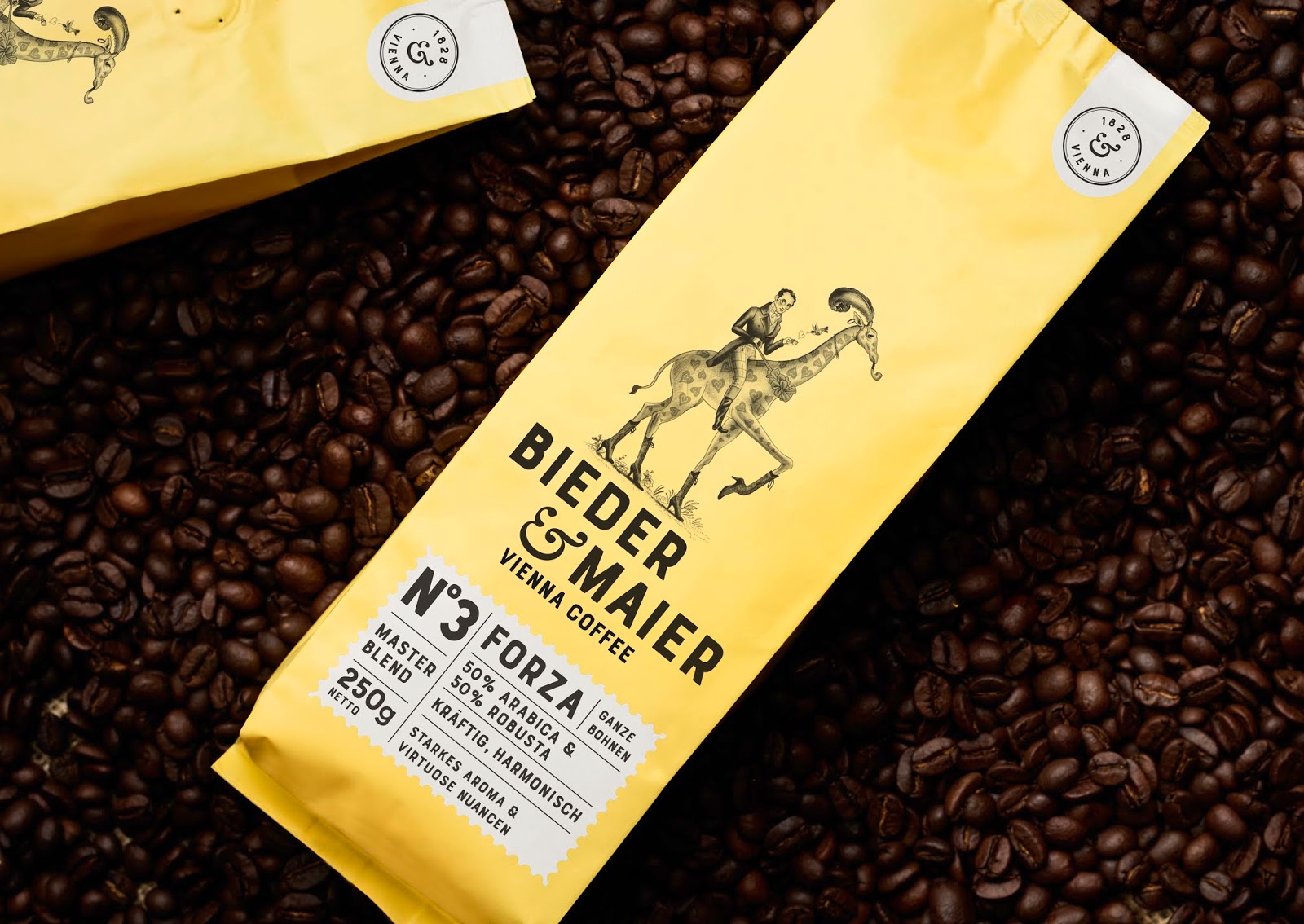 What’s Unique?
In 1828, drinking coffee became part of Austria’s domestic identity. In Vienna, coffee houses opened on every street corner. And in that same year, Austria’s first giraffe came to the city. In its honour, people started drinking coffee “à la giraffe”. In 2018, a barista and an advertising agency took on the task of paying tribute to these two events and created a new coffee brand. Its name is composed of the period – the Biedermeier era – and the name of the barista – Valentin Maier. The Bieder & Maier logo adorns a giraffe in homage to the first in Vienna. The entire design, the brand presence, the advertising material, the social media and the web presence are characterised by storytelling. A new brand with history – a concept that appeals to both private and corporate clients. 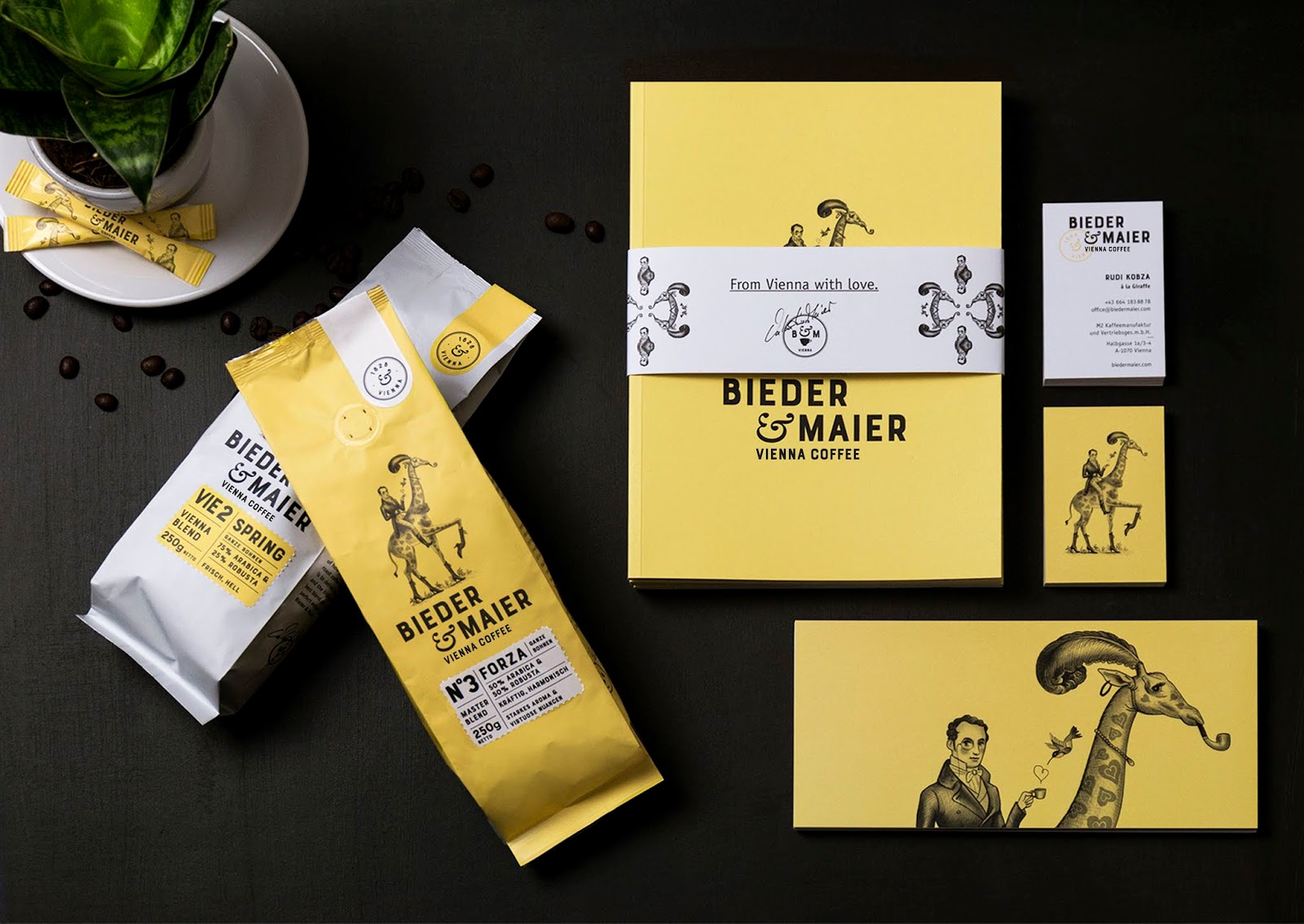 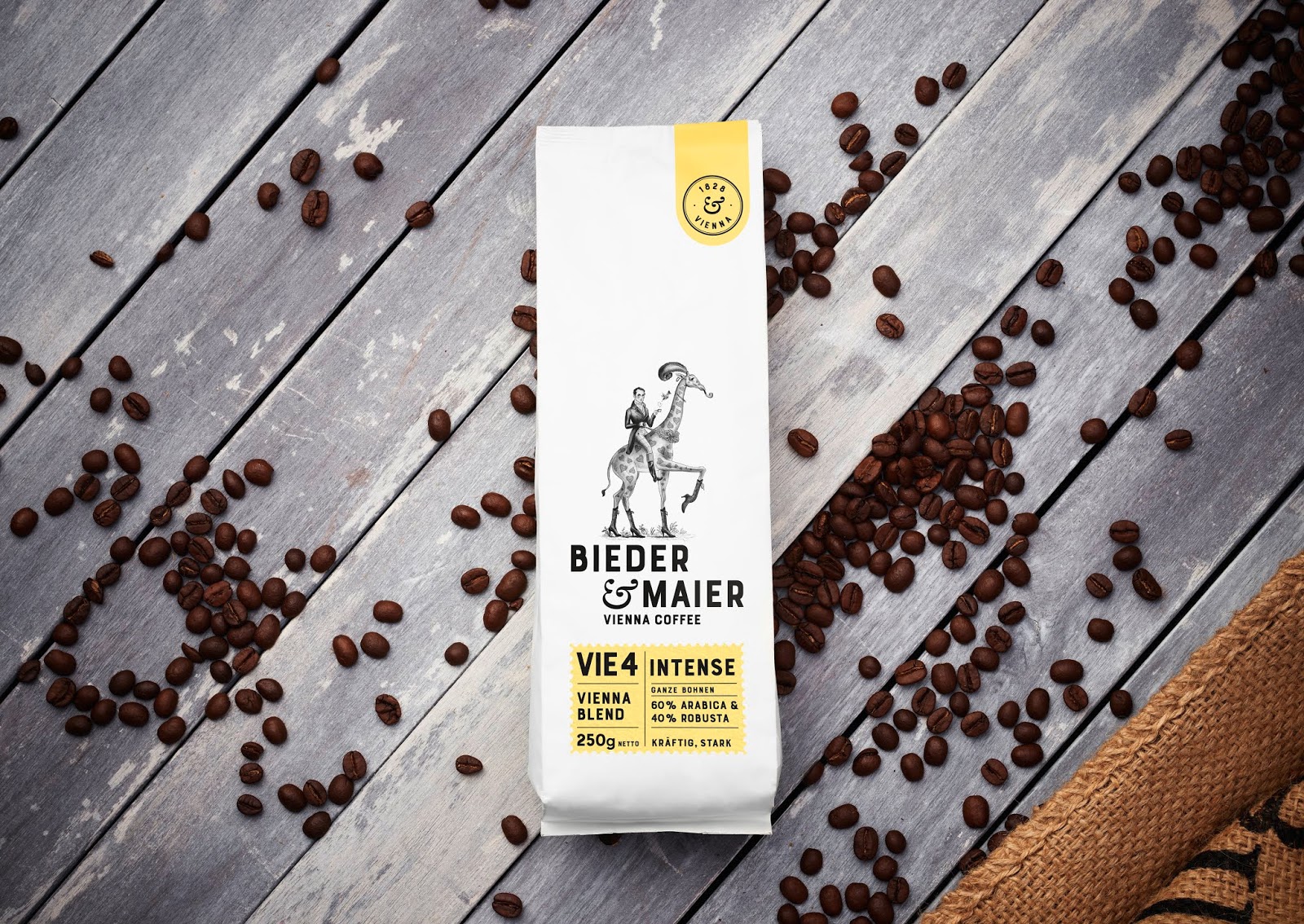 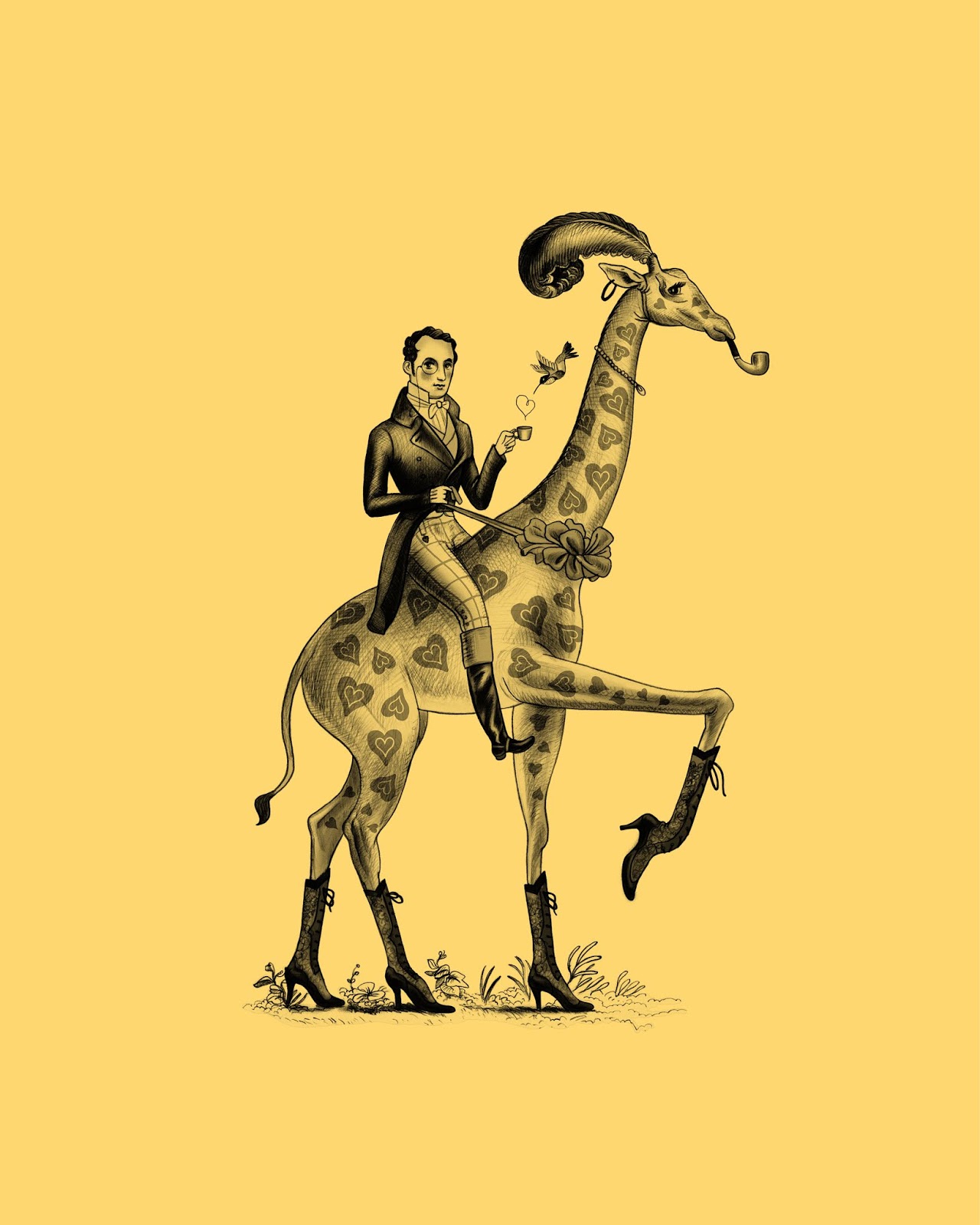 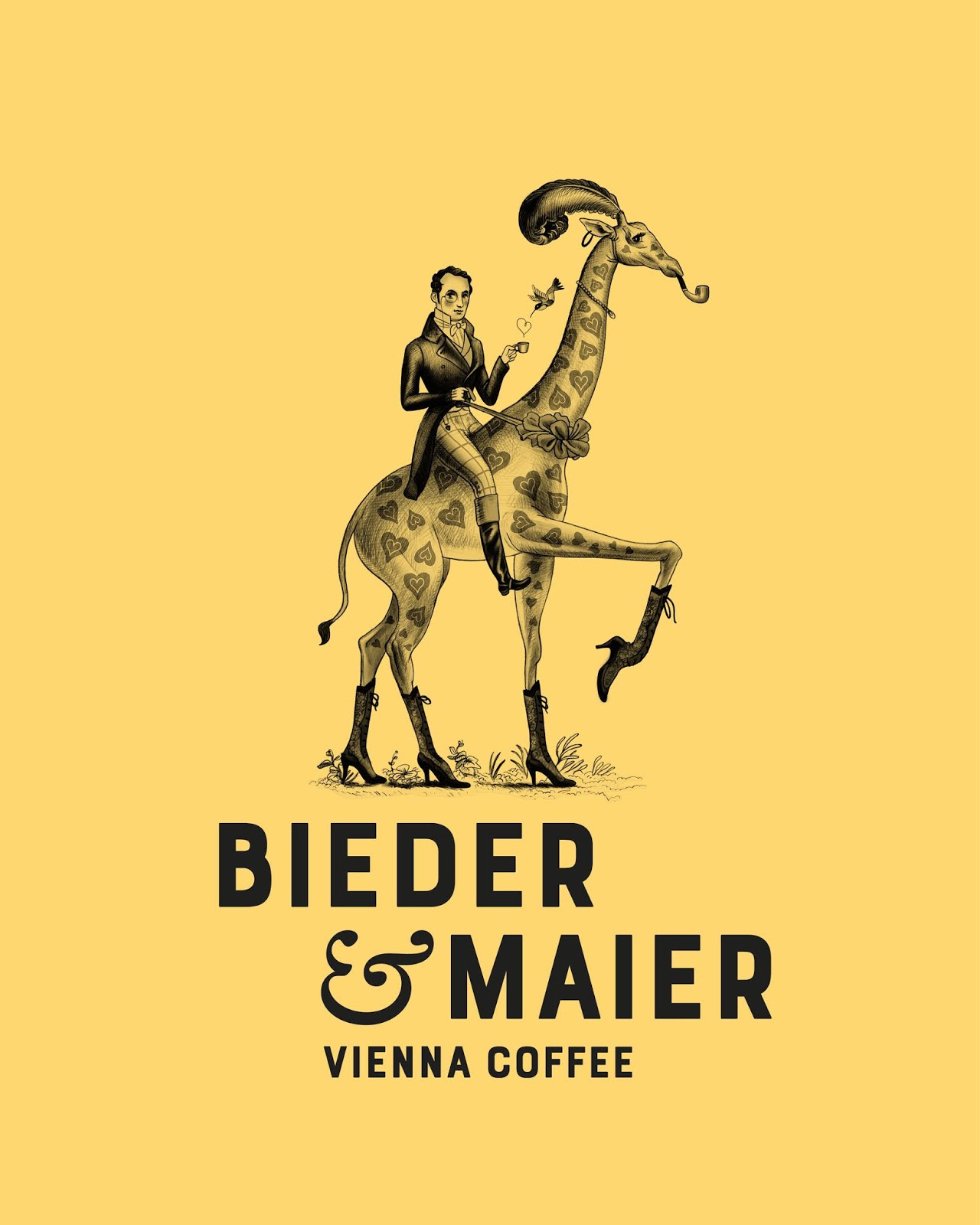 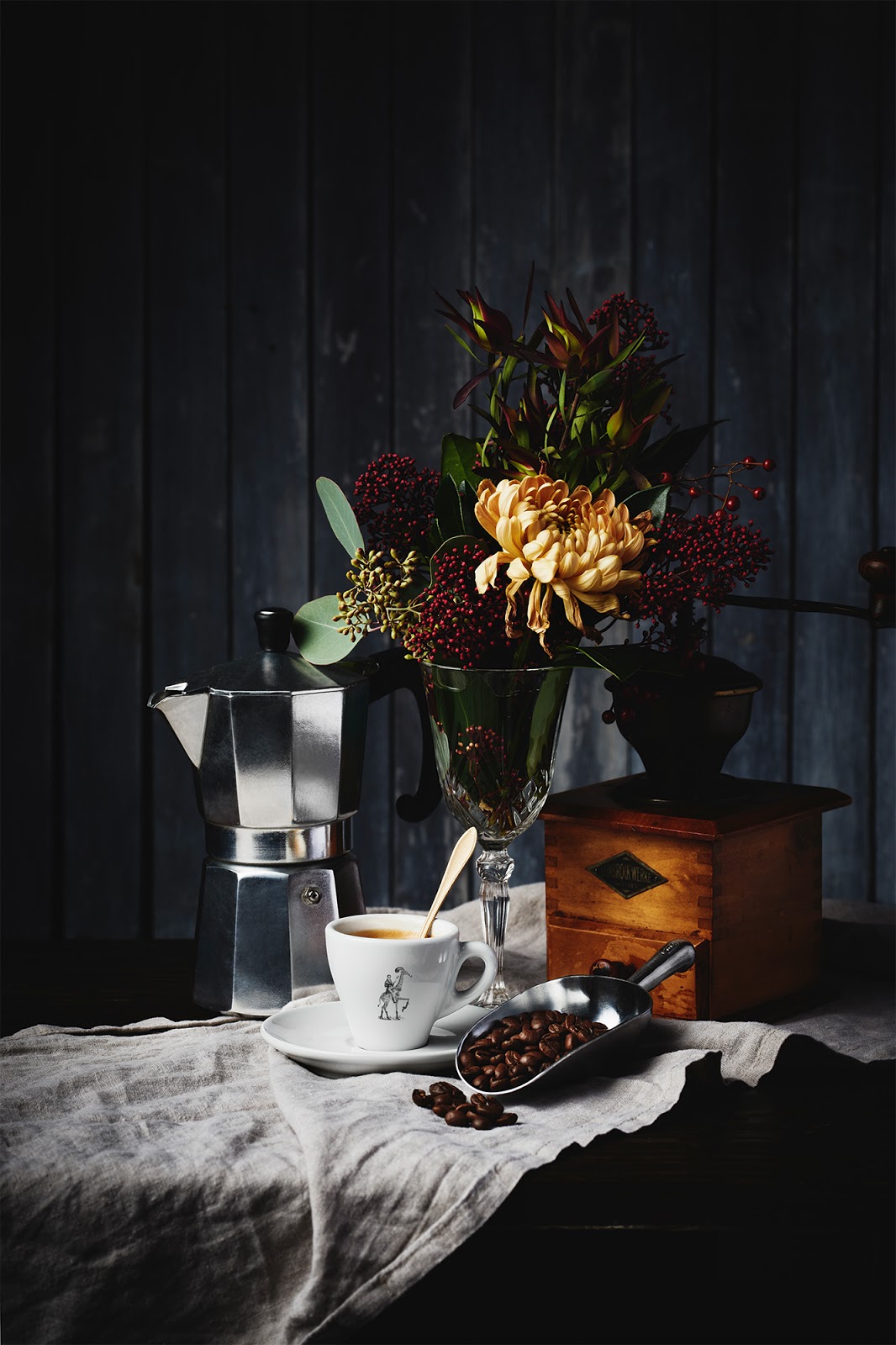 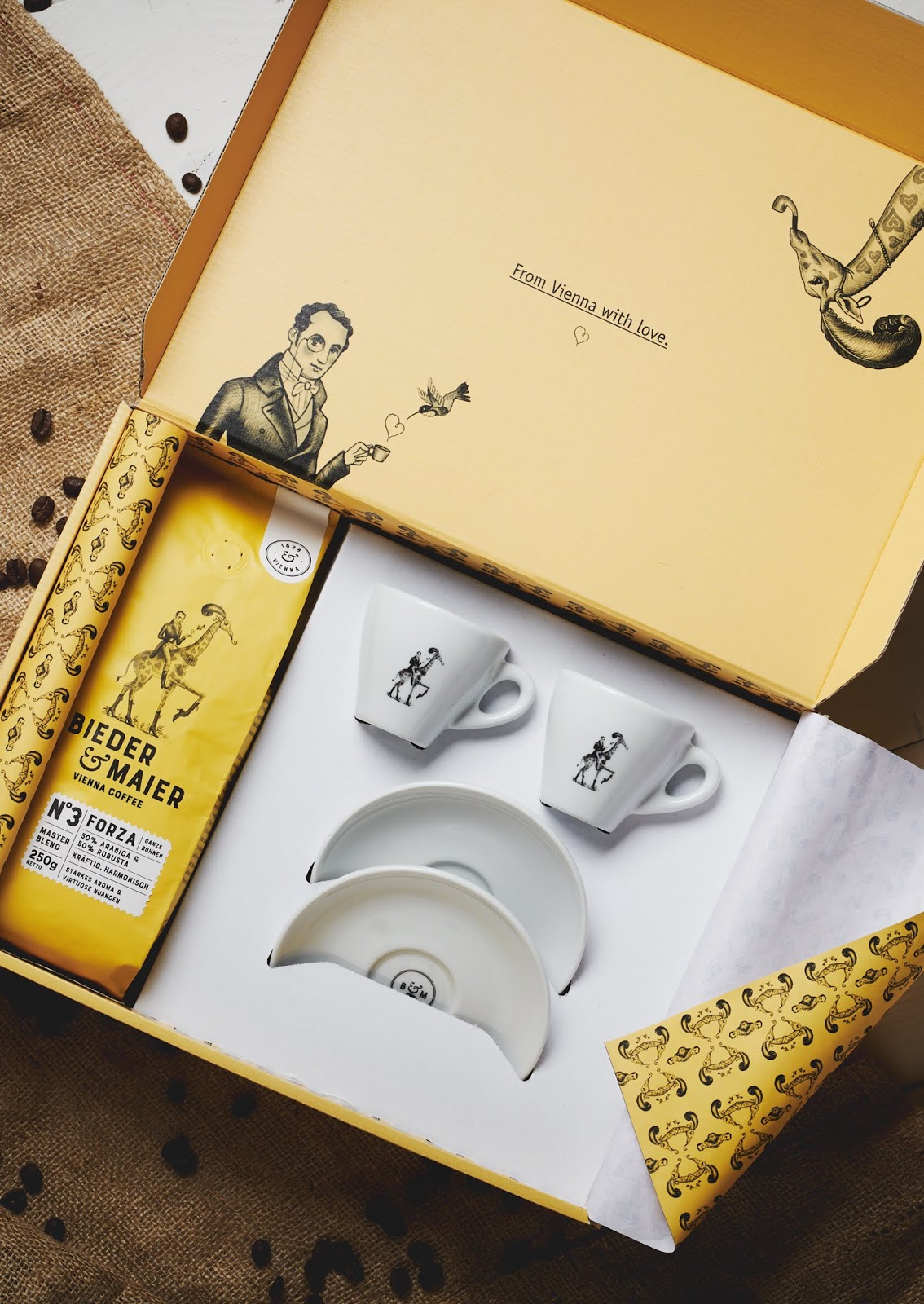