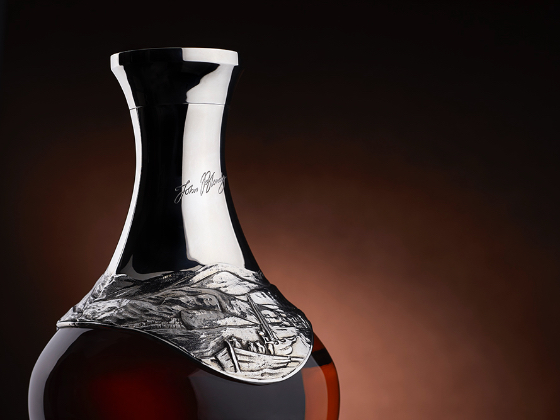 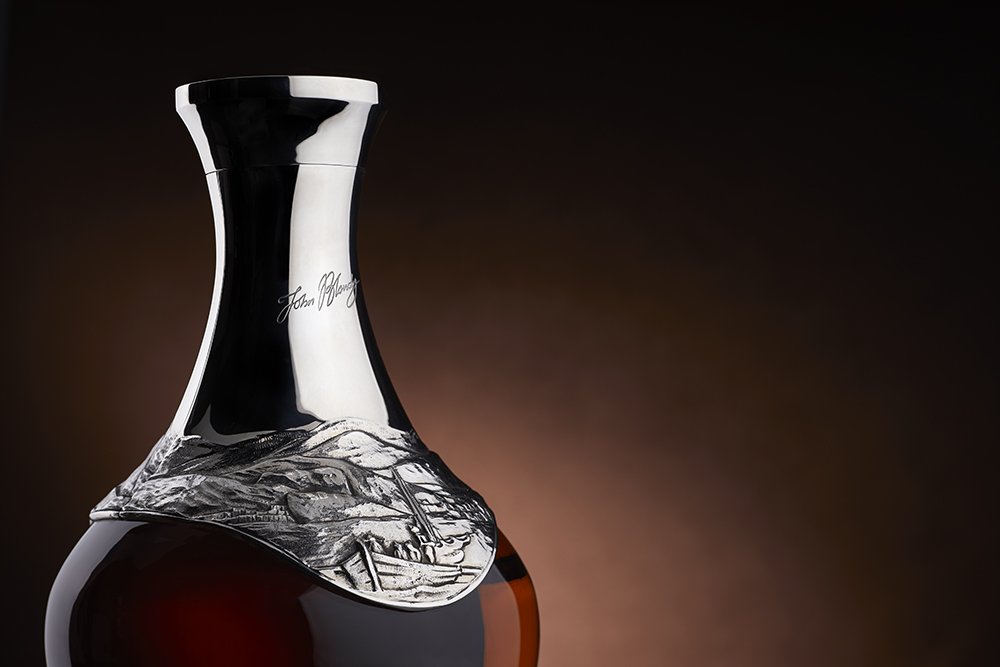 To celebrate an historical milestone as the 600 years since the discovery of Madeira Island, Blandy’s has launched “The Winemaker’s Selection”, a special, highly luxurious and limited edition to 600 numbered magnums of a unique Madeira wine that results of blend of 11 exceptional wines from the 19th, 20th and 21st centuries from the historical grape varieties of the region.

Inspired by the bravery and audacity shown by the Portuguese navigators and by the celebration of six centuries of history of Madeira Island, Omdesign created “The Winemaker’s Selection” that faithfully symbolizes Portugal and the mystery experienced by the audacious discoverers when they sighted “The Pearl of the Atlantic” for the first time, in 1419 (MCDXIXI). 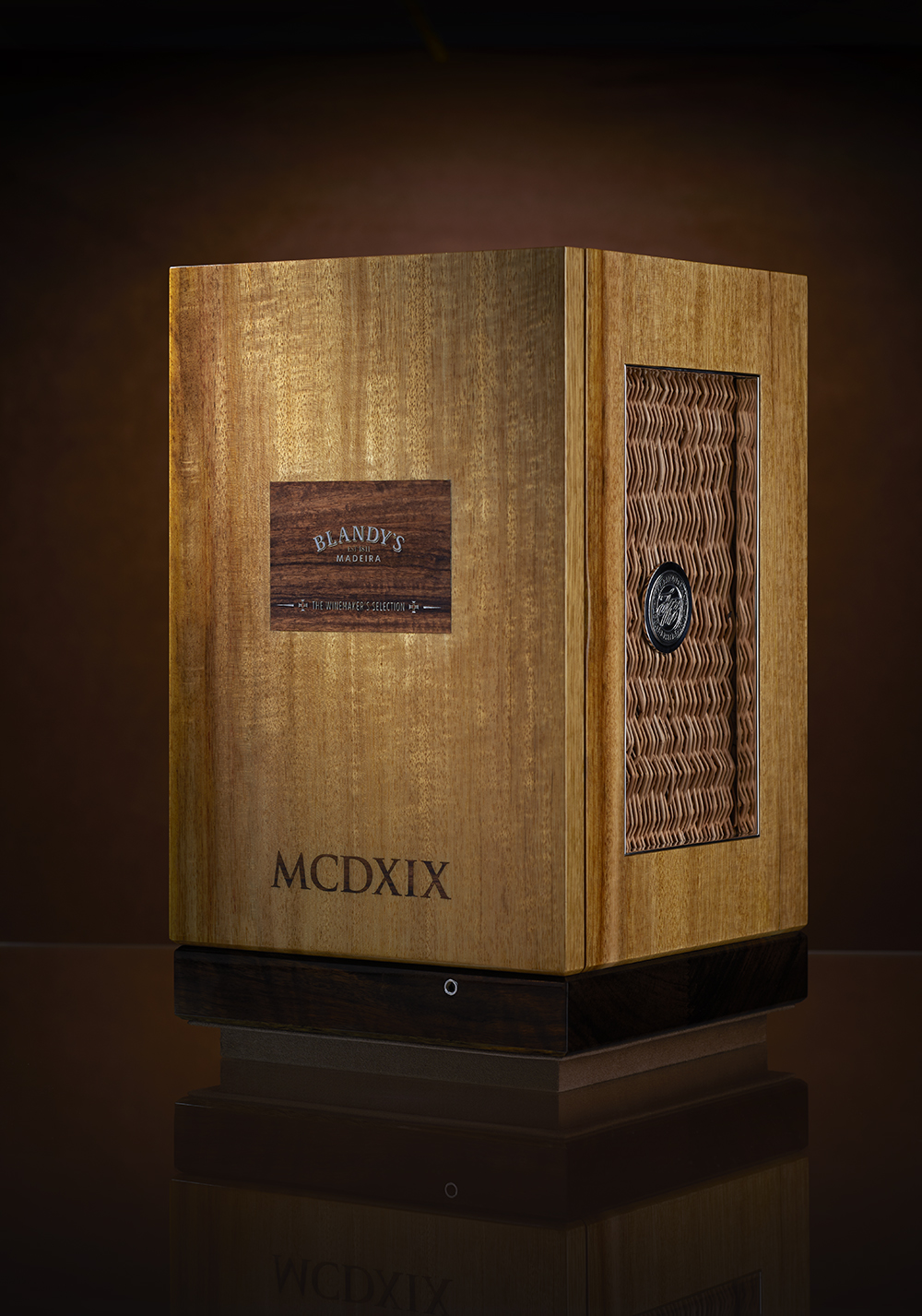 Entirely thought and produced by the agency of Leça da Palmeira, this edition is presented on a Brazilian Vinhático wood package, that during the colonial period was considered a high-quality wood due to its higher aesthetic value, stability and durability. The Portuguese silver is highlighted on the external packaging as well as on the crystal bottle, throughout an illustration of the Madeira Island, totally carved and chiselled by the hands of experienced Portuguese artisans.

“The Winemaker’s Selection” has wicker and silver details on its sides and covered with alcantara on the inside where can be found a certificate of authenticity and a booklet that pictures all the history and essence of this packaging. The booklet is carried on an envelope decorated with Madeiran embroidery, an homage to another typically art of the region, and it is adorned with an illustration of some elements of Lauraceae, the most characteristics species of the iconic Madeiran Laurissilva forest, as Vinhático Laurissilva, Barbusano Laurissilva, Til Laurissilva and Laurel. 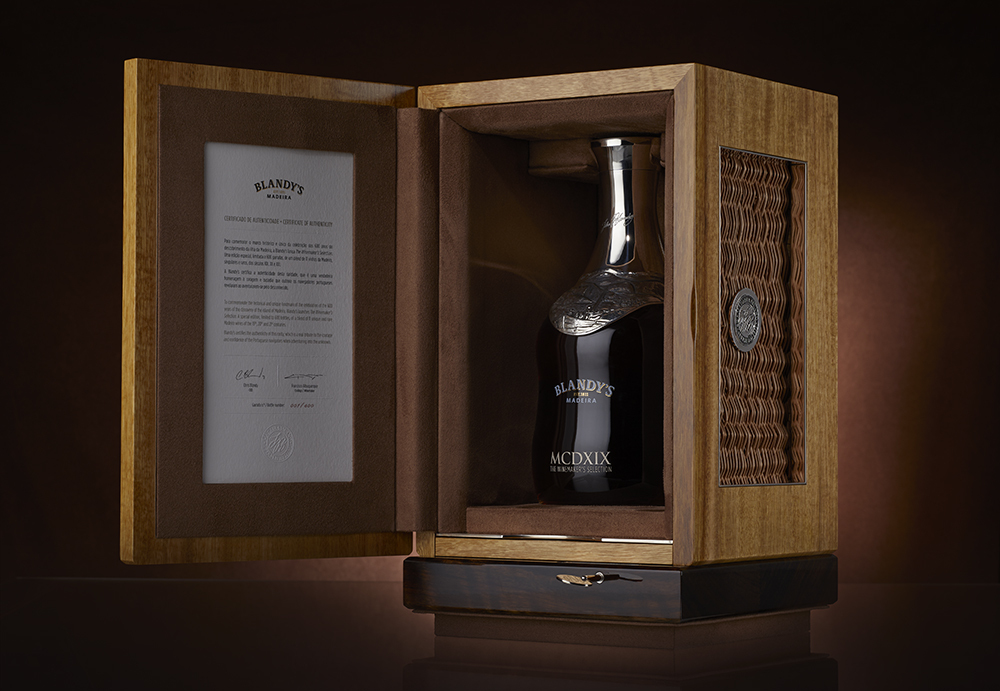 What’s Unique?
Omdesign was the agency responsible to give life and shape to this exclusive commemorative project, which is special for the Blandy family, that preserves and praises the most typical and traditional origins and arts of Madeira and of Portugal. 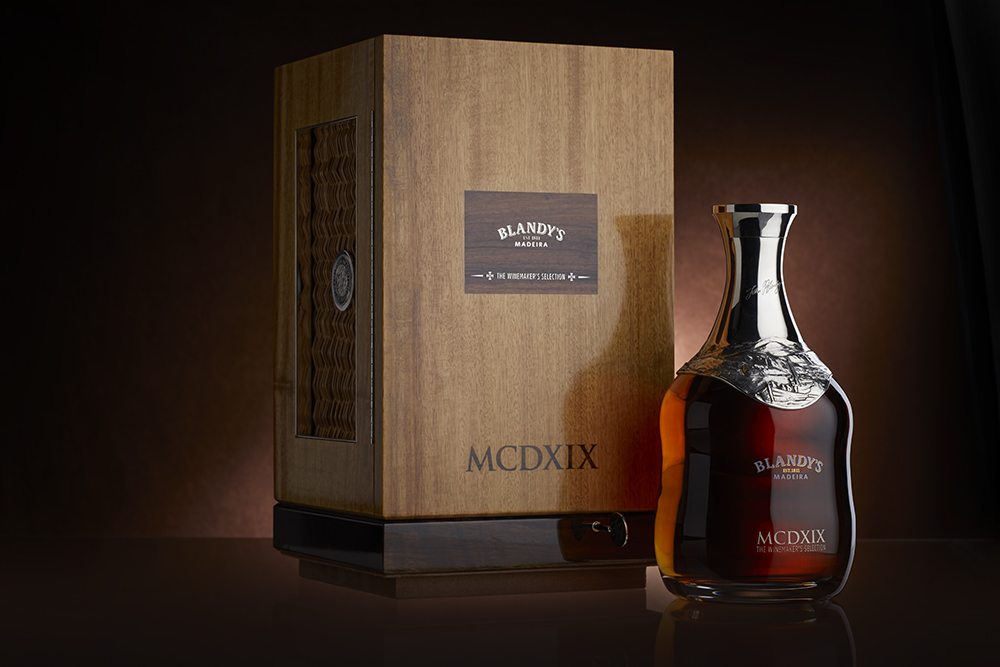 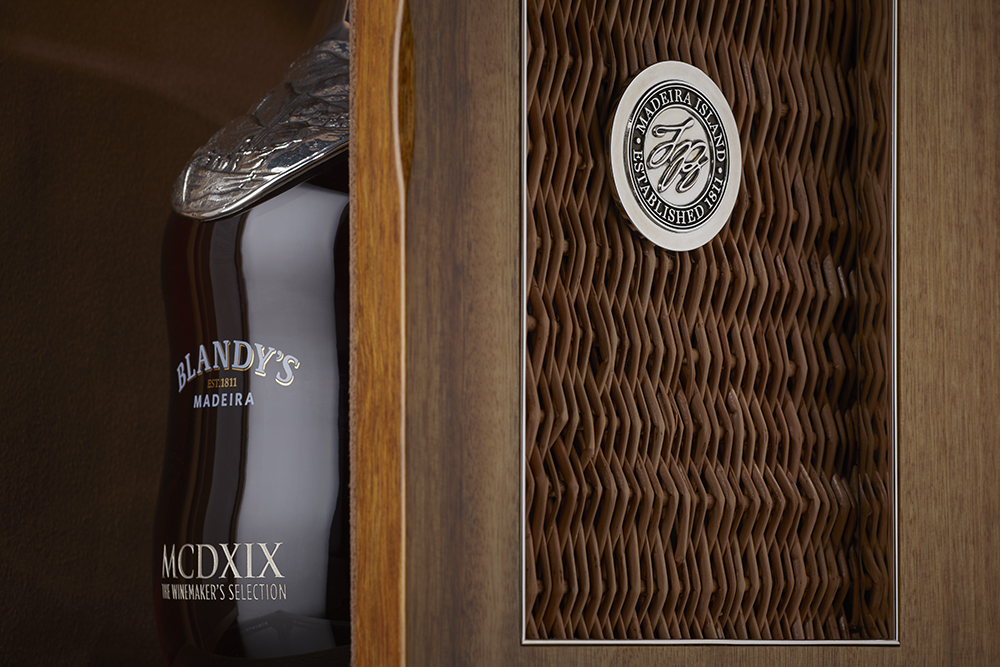 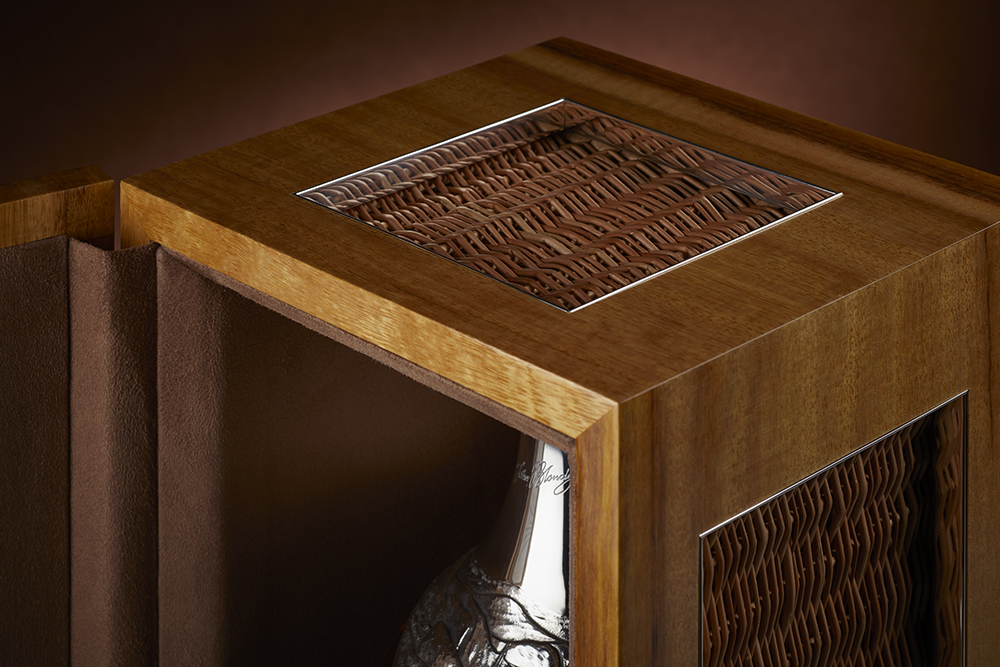 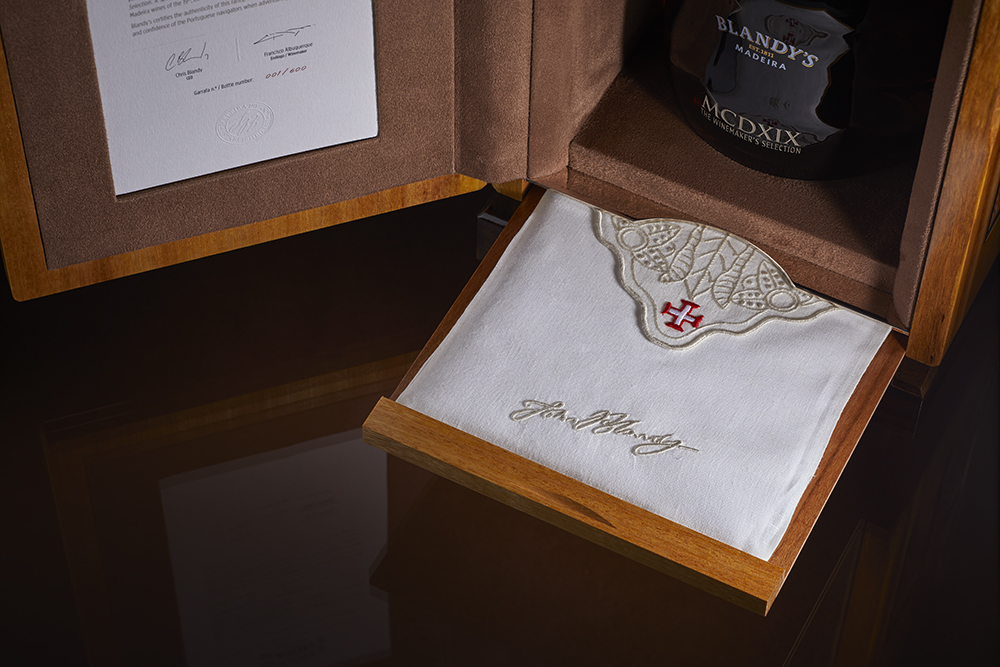 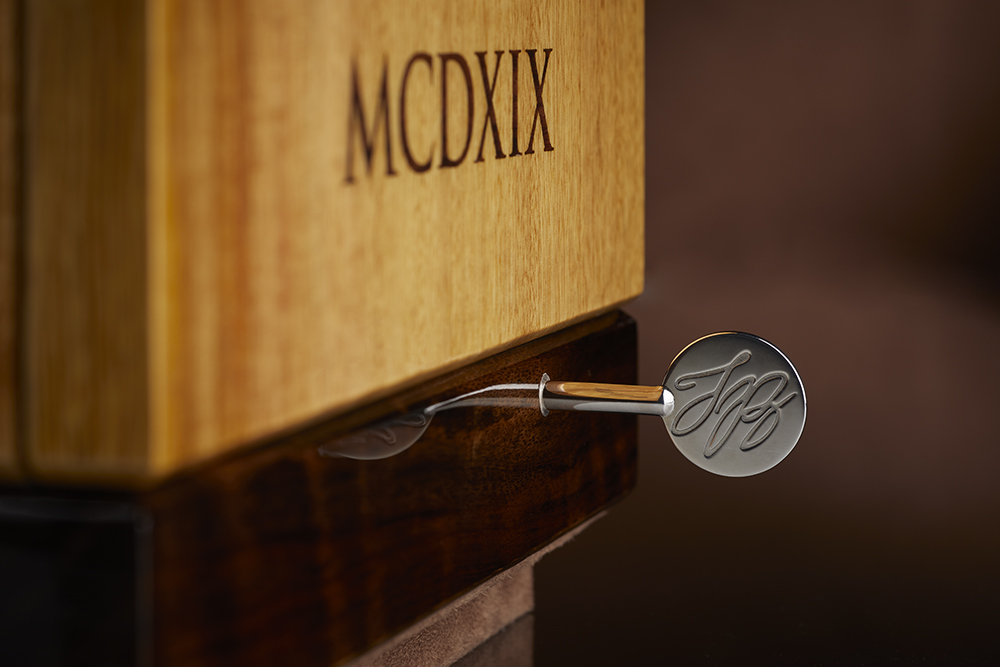 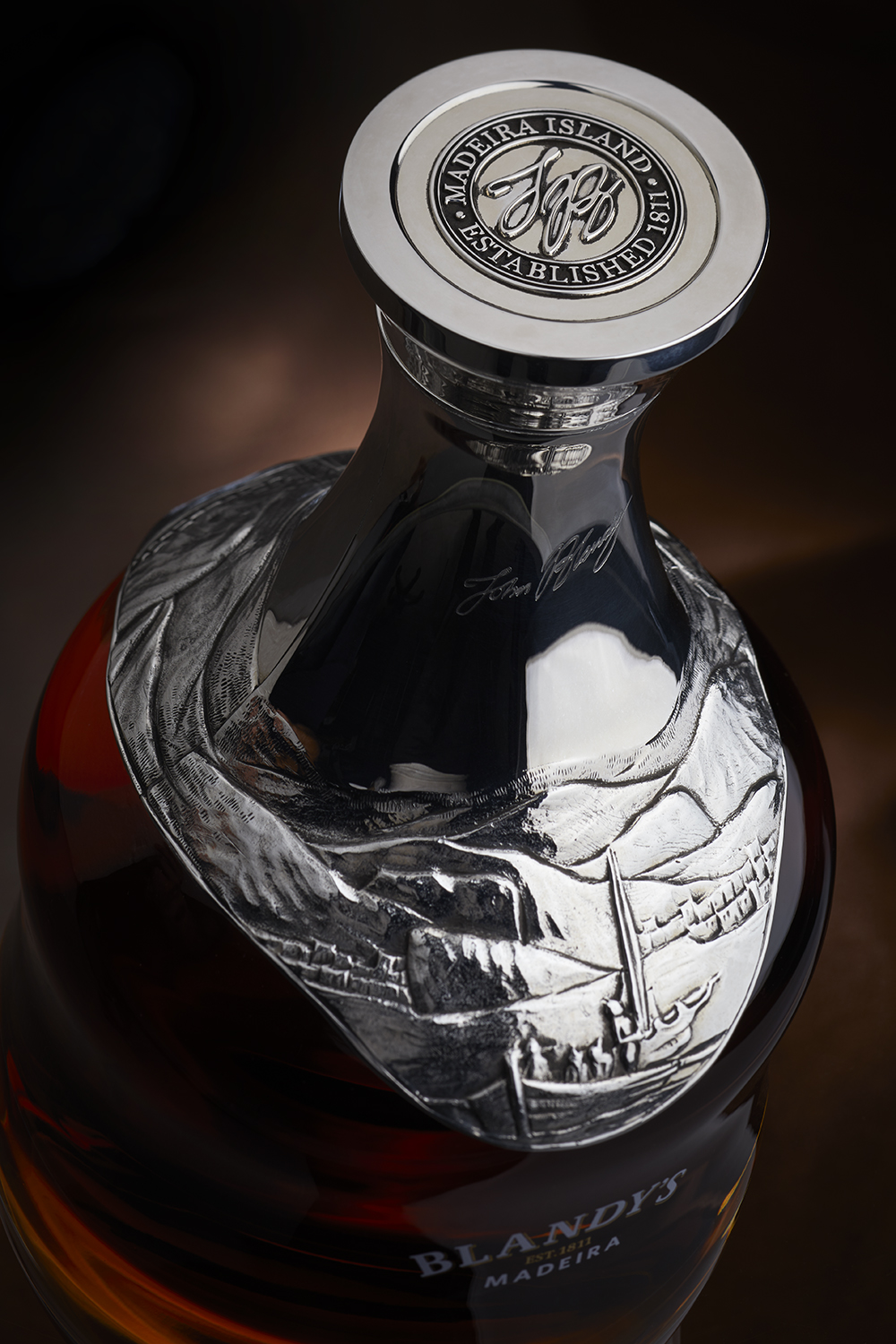 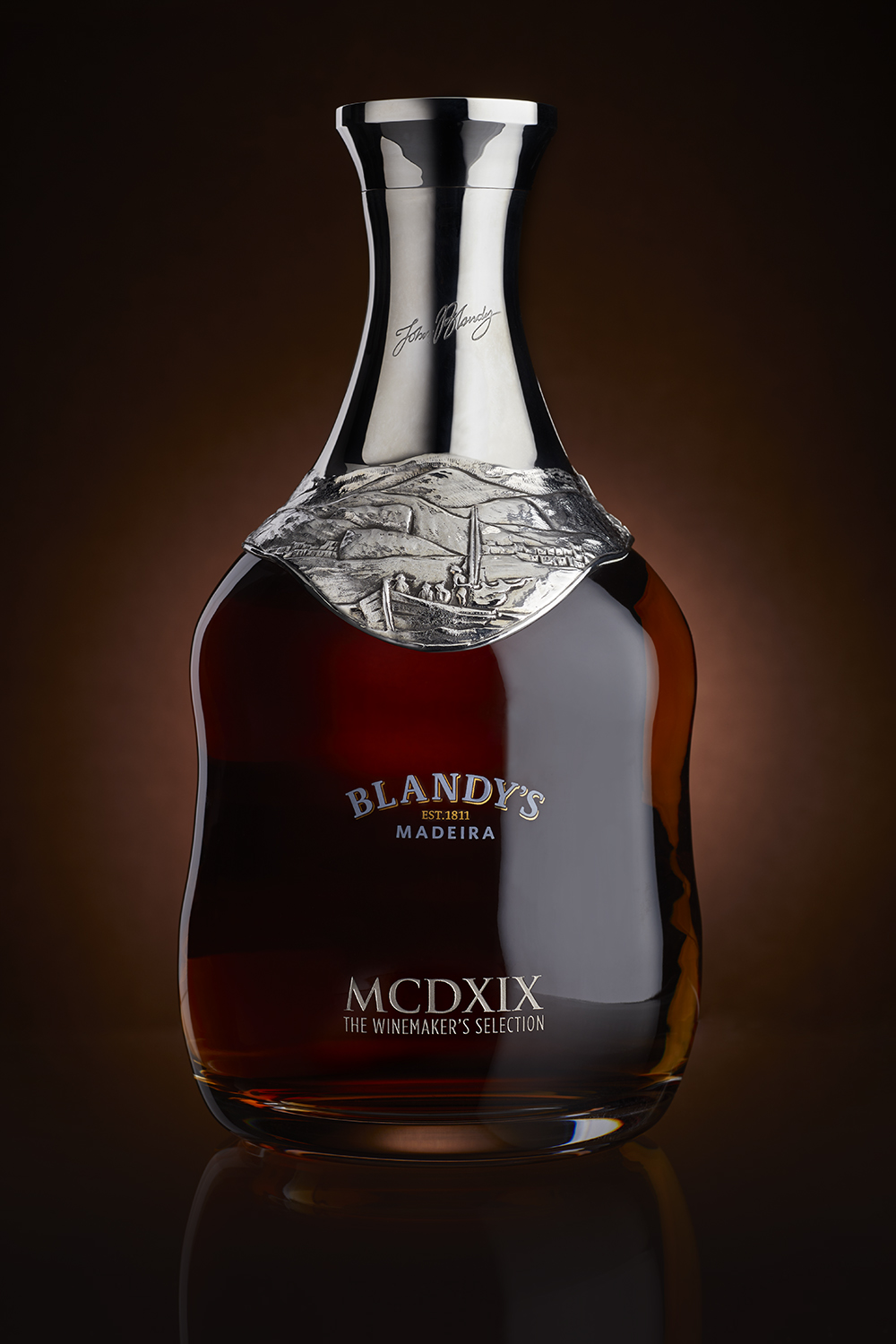