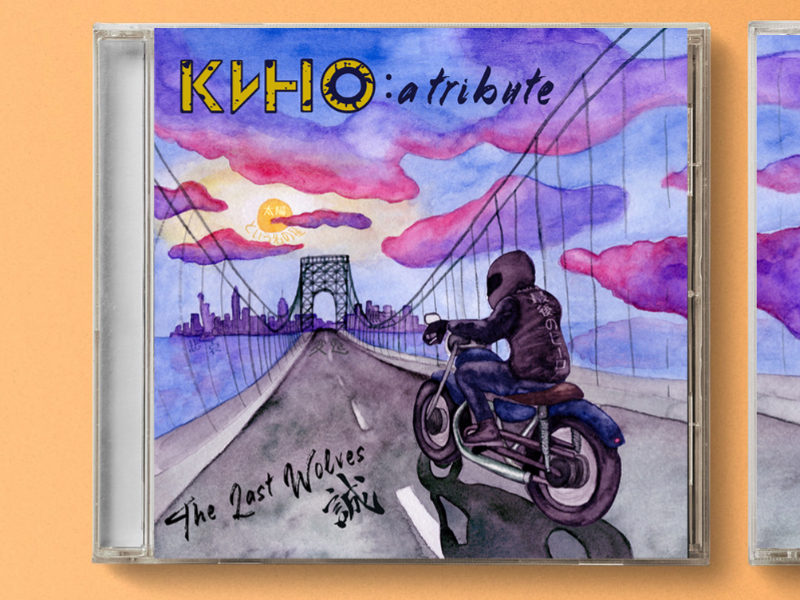 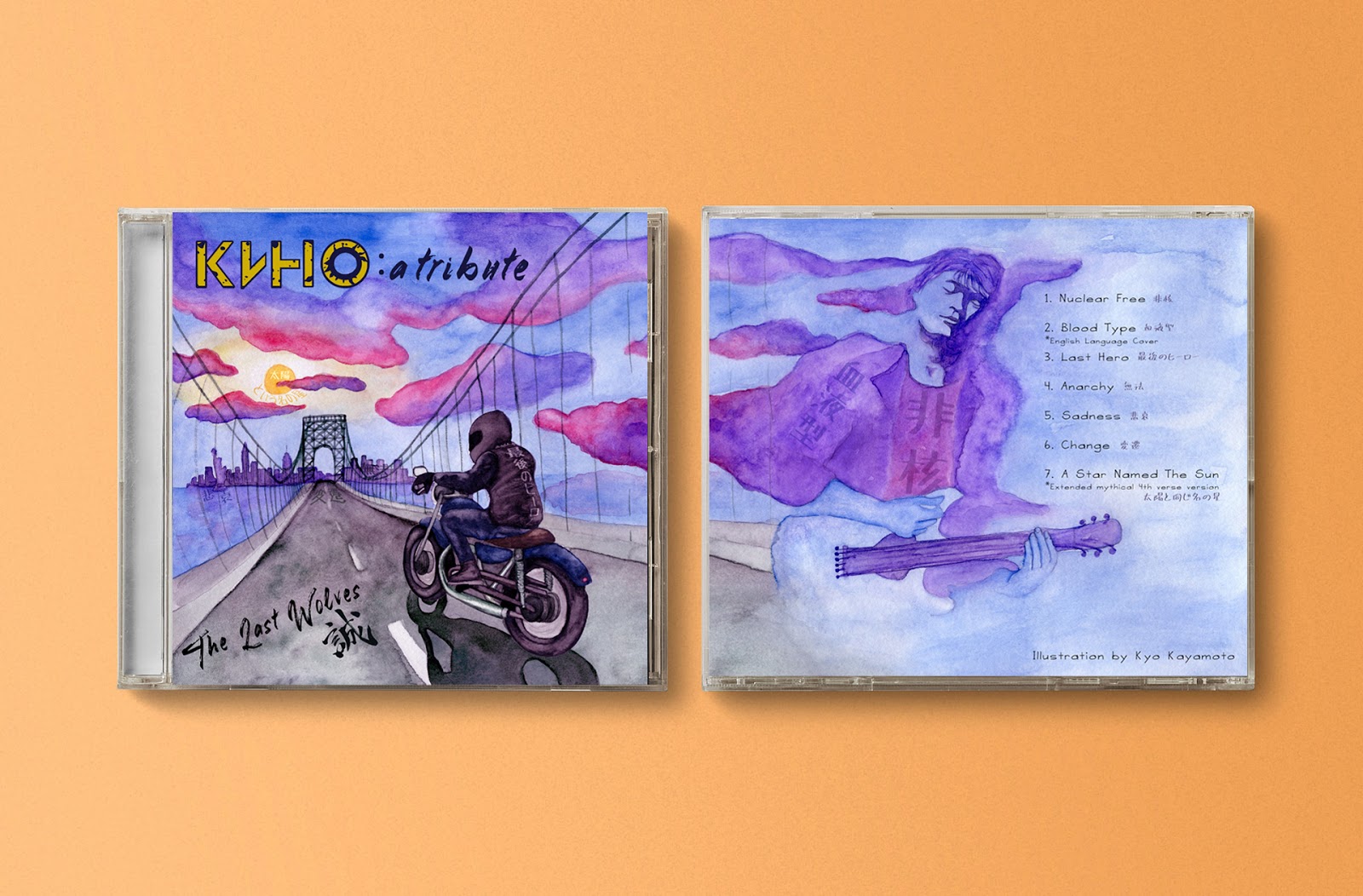 This is a CD album cover for a starting up band called “The Last Wolves” who did their own interpretation and translation of seven songs of Viktor Tsoi. Viktor Tsoi was a famous Soviet singer and songwriter who co-founded Kino. This is going to be the first CD album to be published for my client, Izyaslav Koza, who is the vocalist in the group.

The painting is done in watercolor and edited digitally. 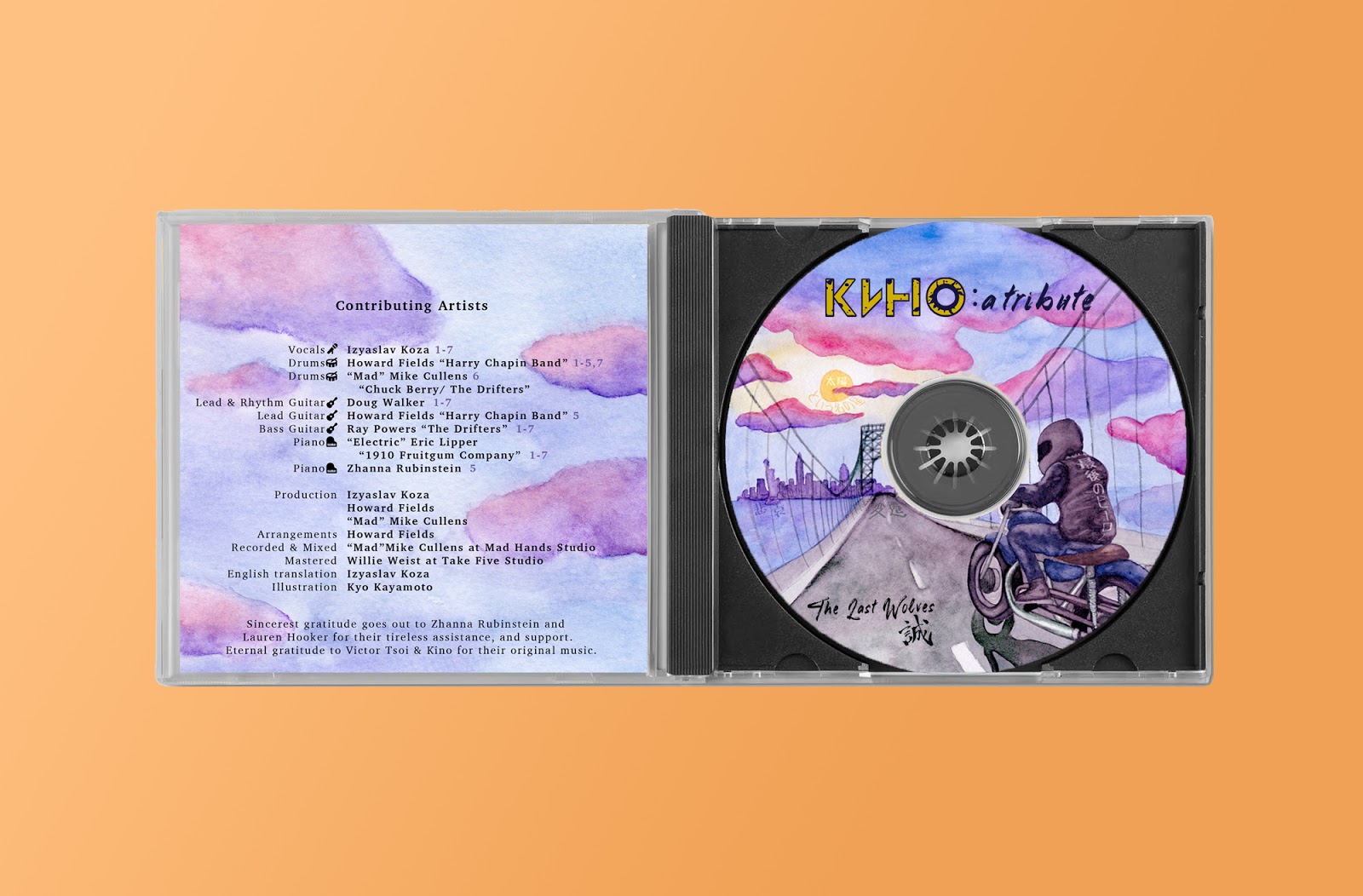 What’s Unique?
Viktor Tsoi liked Japanese culture and he often used Japanese symbols. This CD album cover has Japanese characters hidden in artwork next to the elements each representing the words.
All the words came from the titles of the songs on the CD.

A scene of a guy on a motorcycle headed towards NYC on the GWB bridge. In the sky, there is a sun (song 1 “A star named the Sun”) next to it is a cloud in the silhouette of Viktor Tsoi on his sleeve it says “Blood Type” (song 2 Blood Type) on his shirt “Nuclear Free” (song 3 Nuclear Free).

The GWB bridge represents “Change”(song 4) The skyline of NYC is “Anarchy” (song 5). The water below the bridge is “Sadness” (song 6) and on the back of the jacket on the guy on the motorcycle “Last Hero” (song 7). 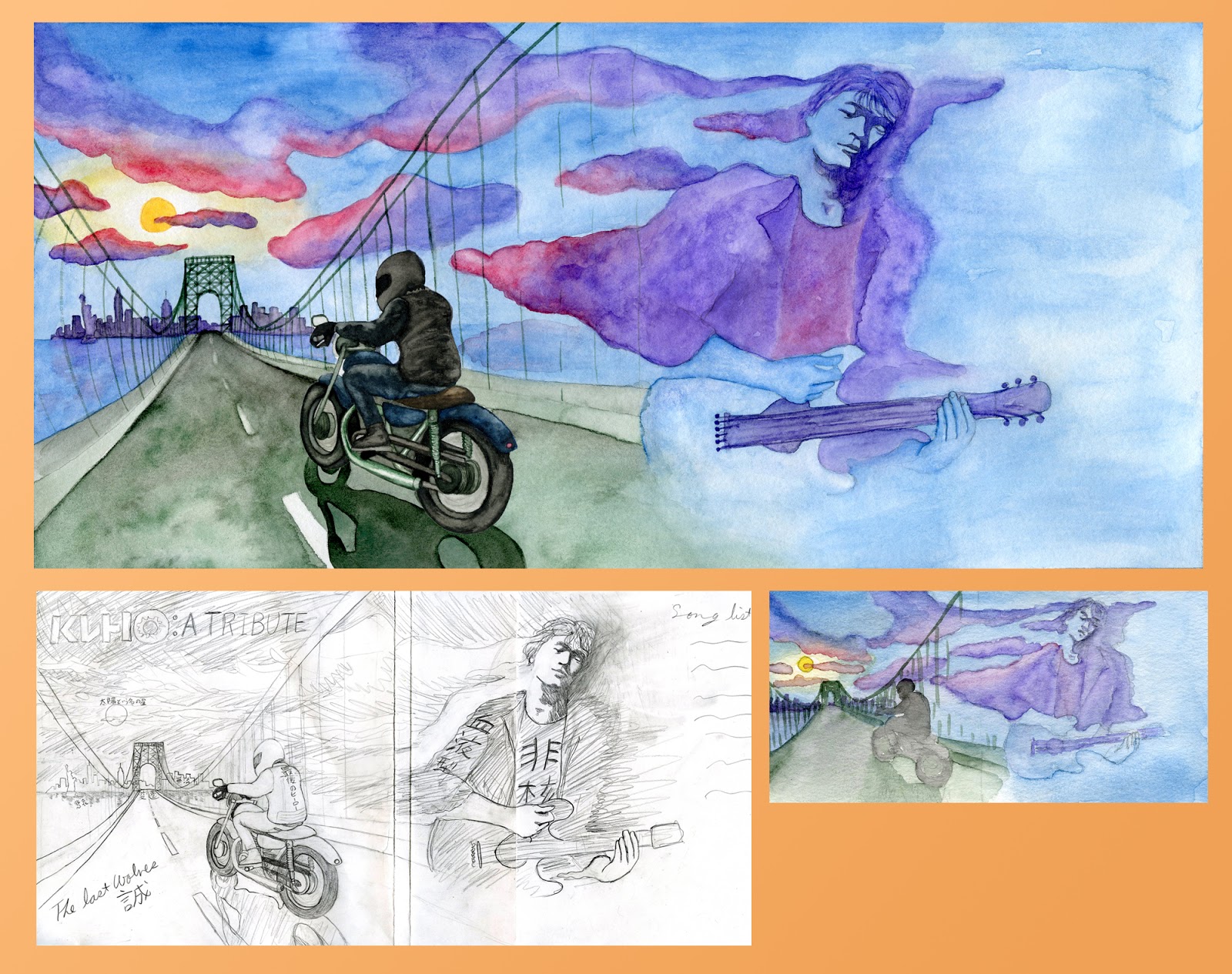