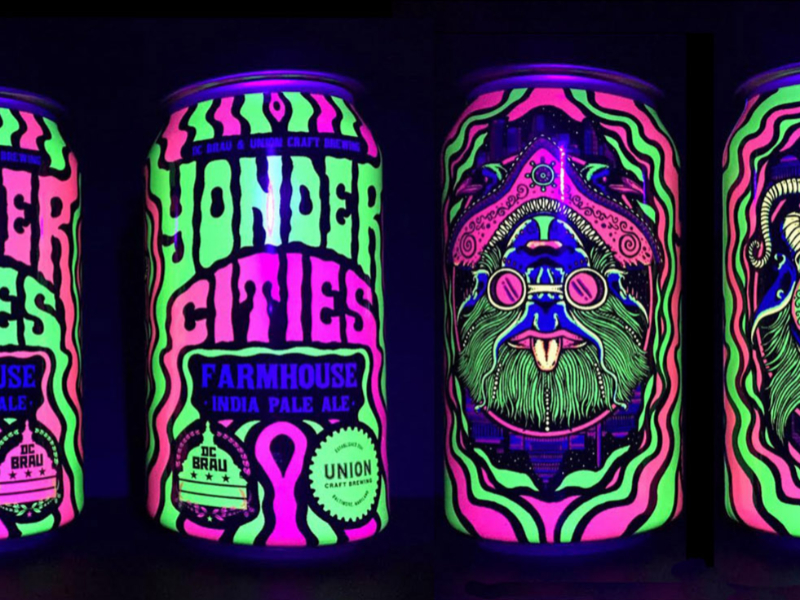 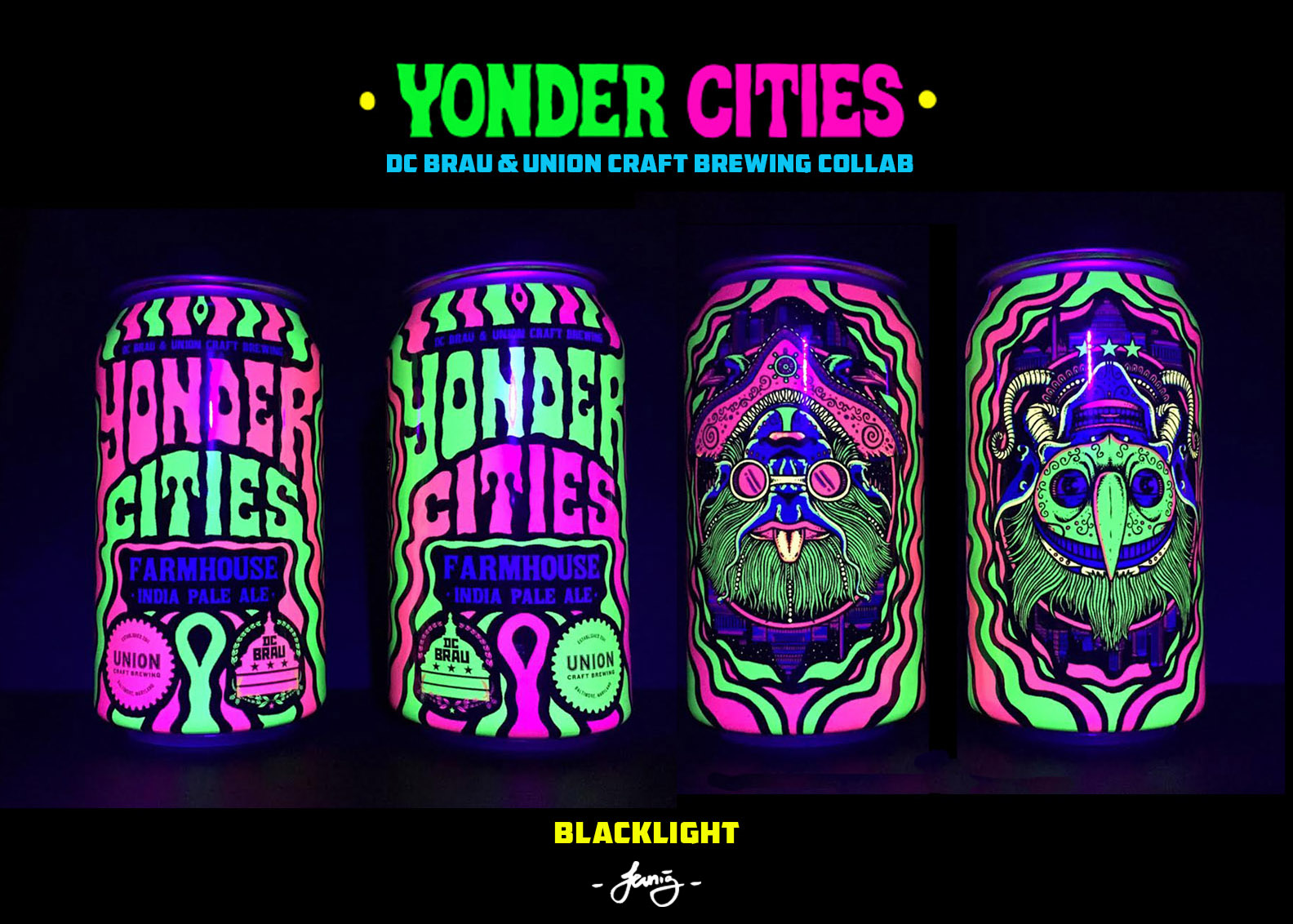 “Yonder Cities” is a collaboration beer between DC-based brewery DC Brau and Baltimore’s Union Craft Brewing. Originally the duo worked on a small batch of the beer years before but decided to bring it back and completely rehaul the packaging. For this collab, each brewery was responsible for making their own batch of beer, a Farmhouse IPA, from the same recipe and they were packed separately. Psychedelic poster artists Matt Leunig was enlisted to create a design for each that featured invertible artwork… for DC Brau, the can feature the “Space Jester” while the Union Craft can feature the “Space Captain”. Along with the reversible artwork, the cans are also completely blacklight responsive. 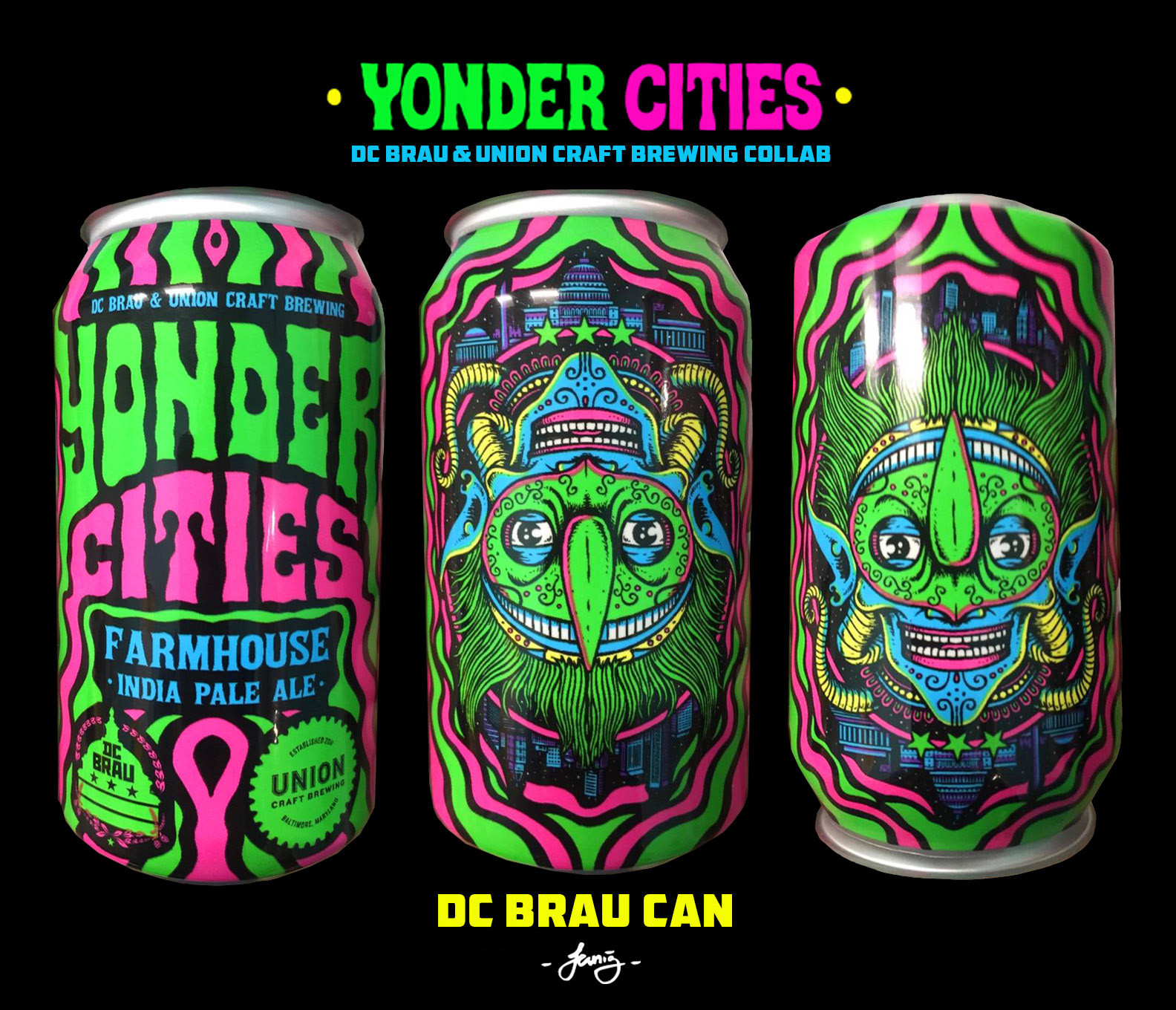 What’s Unique?
Collaborations in the beer world are normal but in this case, each brewery decided to package their own take on the same beer recipe and each has their own unique cans. The cans not only feature eye-catching reversible art revealing a hidden face upon sipping, but are completely black light, the first of its kind. Leunig’s trippy illustrations and colors along with the glow-in-the-dark nature of these cans truly give this packaging a 1960’s psychedelia vibe. 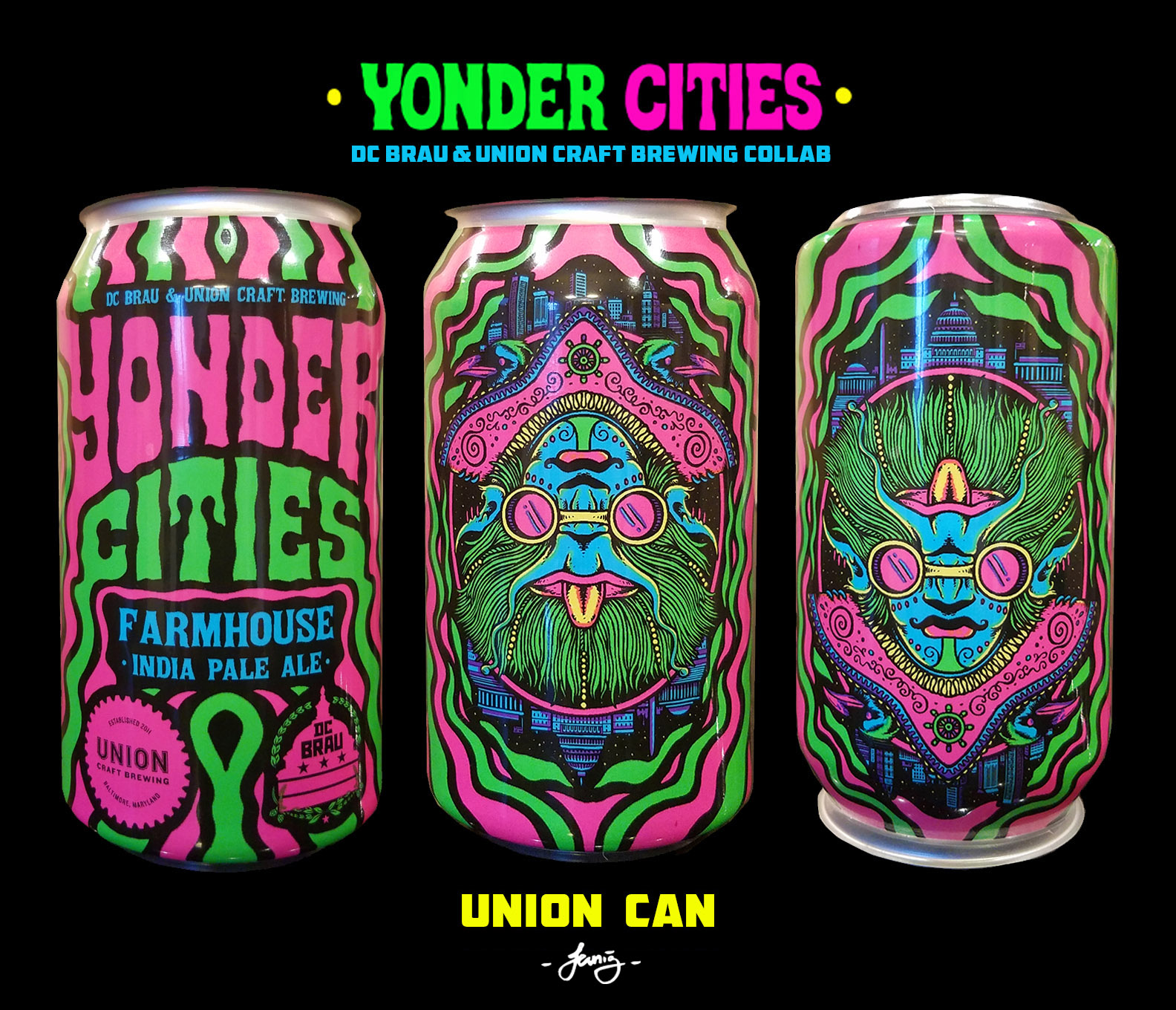