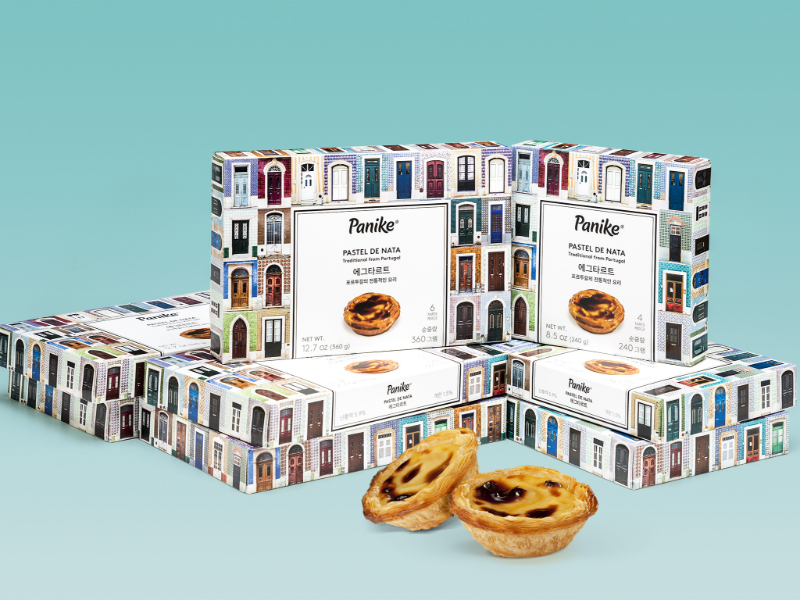 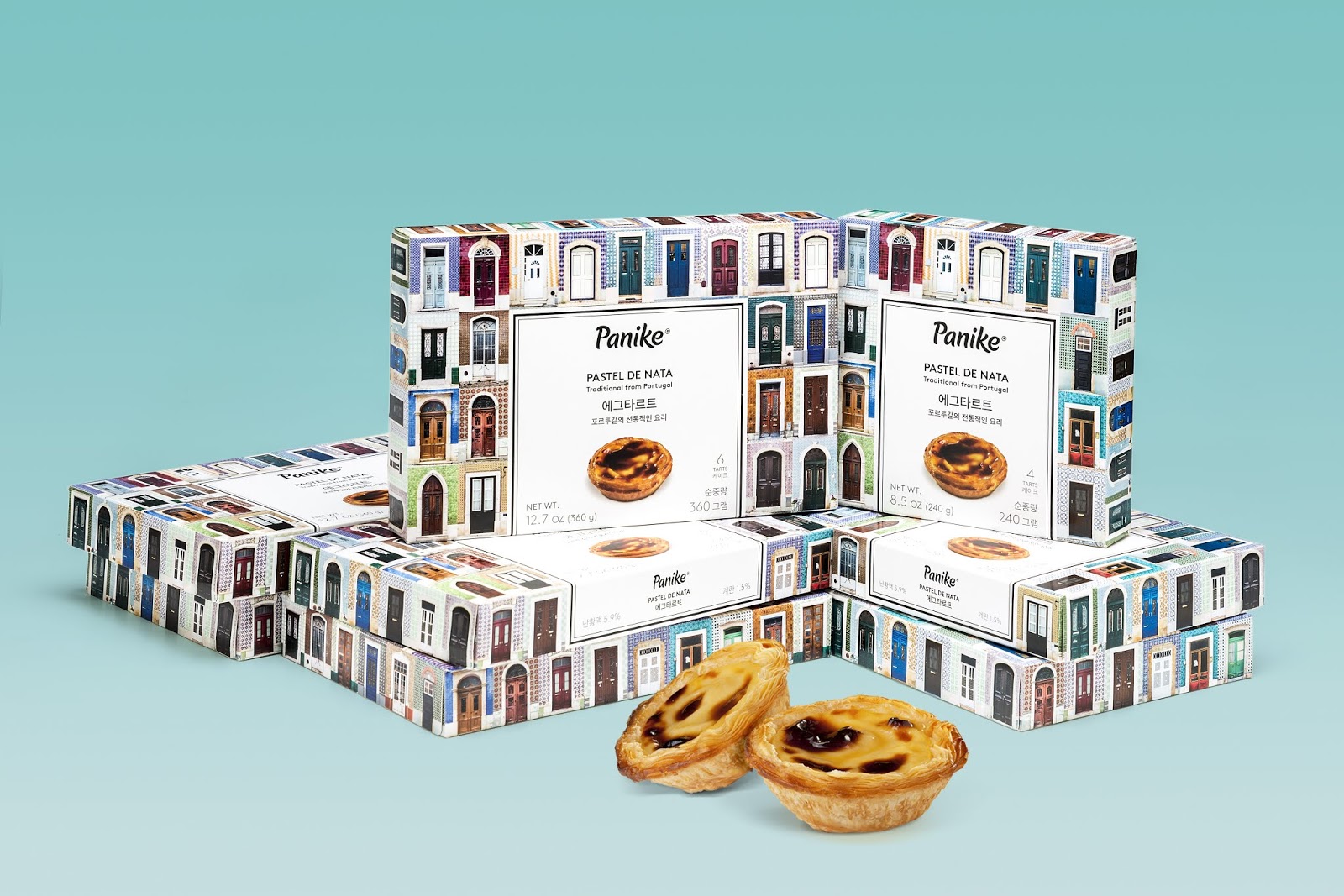 Our client told us that in South Korea this kind of pastry originally from Portugal was imported from China and Panike would be the first Portuguese company to bring the Authentic Pastéis de Nata to Korea, so they asked us to convey in this packaging the essence of Portugal.

We had the catchphrase: Lisbon, the gateway to Europe, which refers to the Age of Discoveries. Significantly, every tourist who travels to Portugal is amazed by its architecture, the cobblestone of its streets and, above all, the façades of its buildings. Pastéis de Nata are as well known in the Portuguese culture as their architecture. That is why we want the Korean consumer to see the product as a souvenir from Portugal and for that, we want to show the variety of facade designs that Portugal has. Thus, the Korean consumer can understand that the Pastel de Nata is the key that opens all the doors of Portugal, all the doors to the taste of the Luso country.

The photographs used to make the packaging are from a Portuguese photographer named André Vicente Gonçalves.

We were very thoughtful with the fonts used since the texts had to appear in both Korean and English (US). We had to use 2 fonts that were very similar in both writings. For Korean, we have used the Apple SD 산돌고딕 Neo font, and for English the Brown Std Font Family. 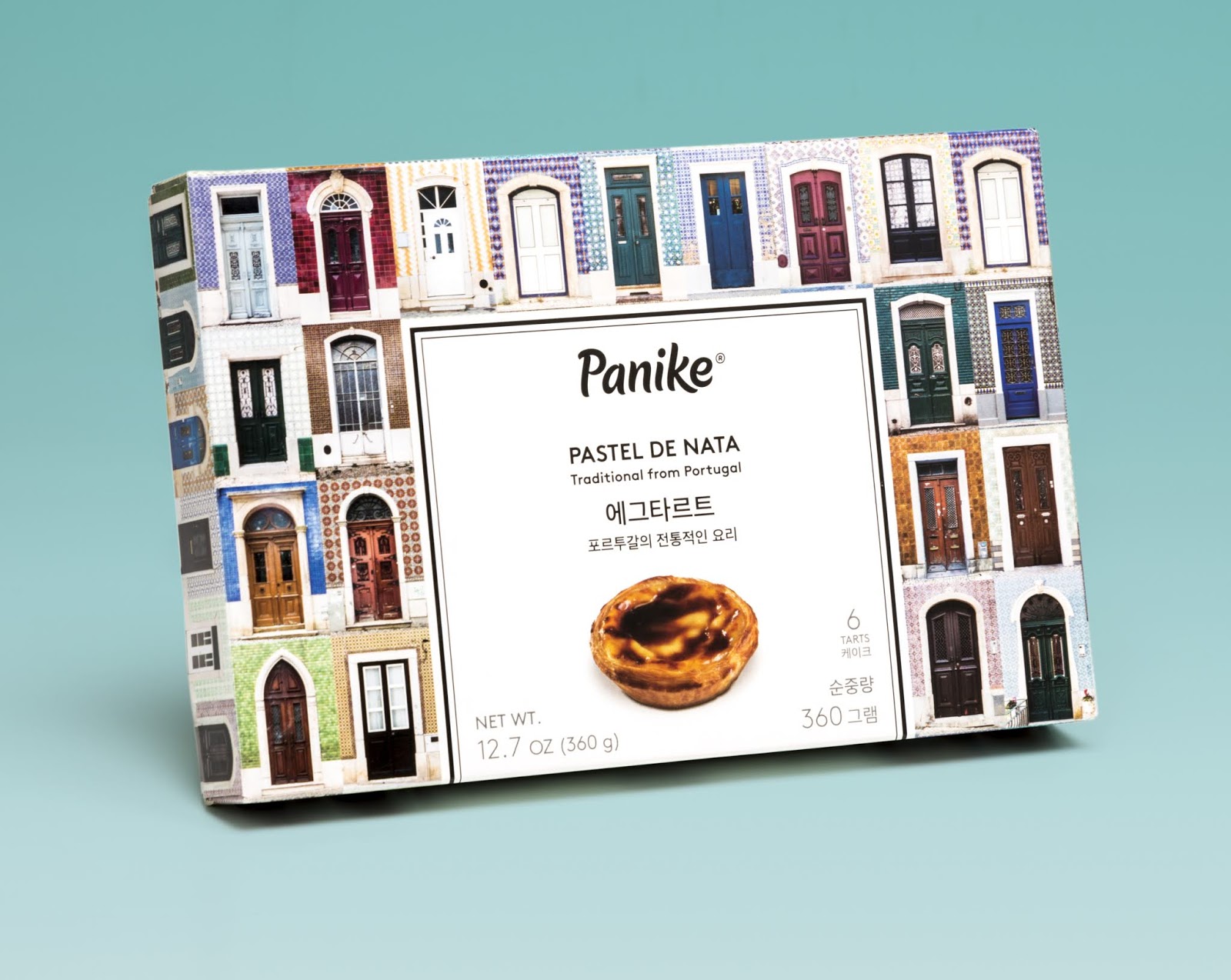 What’s Unique?
This work has a dual functionality. Promote the product and publicize the Portuguese culture (as a souvenir), in South Korea. 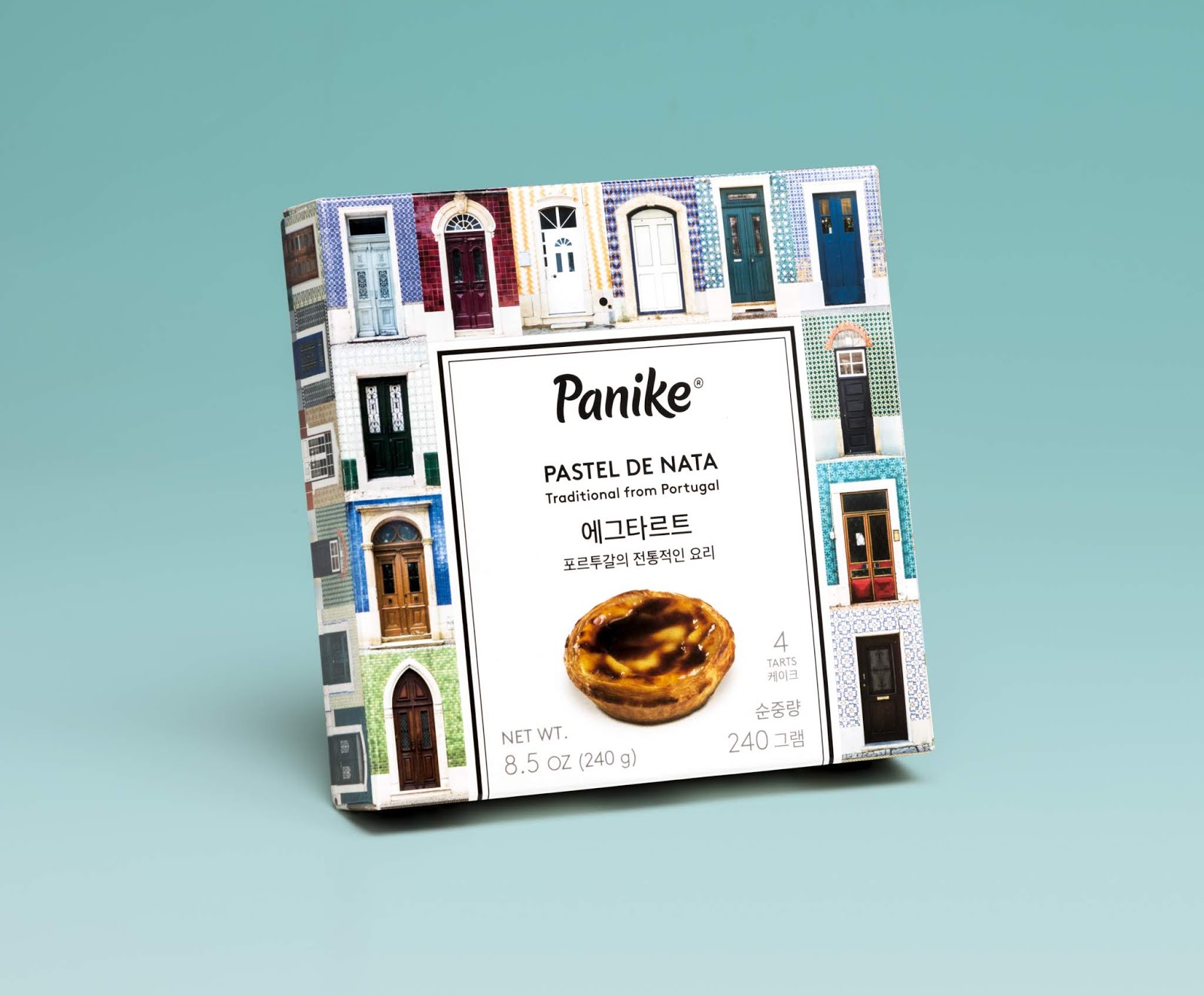 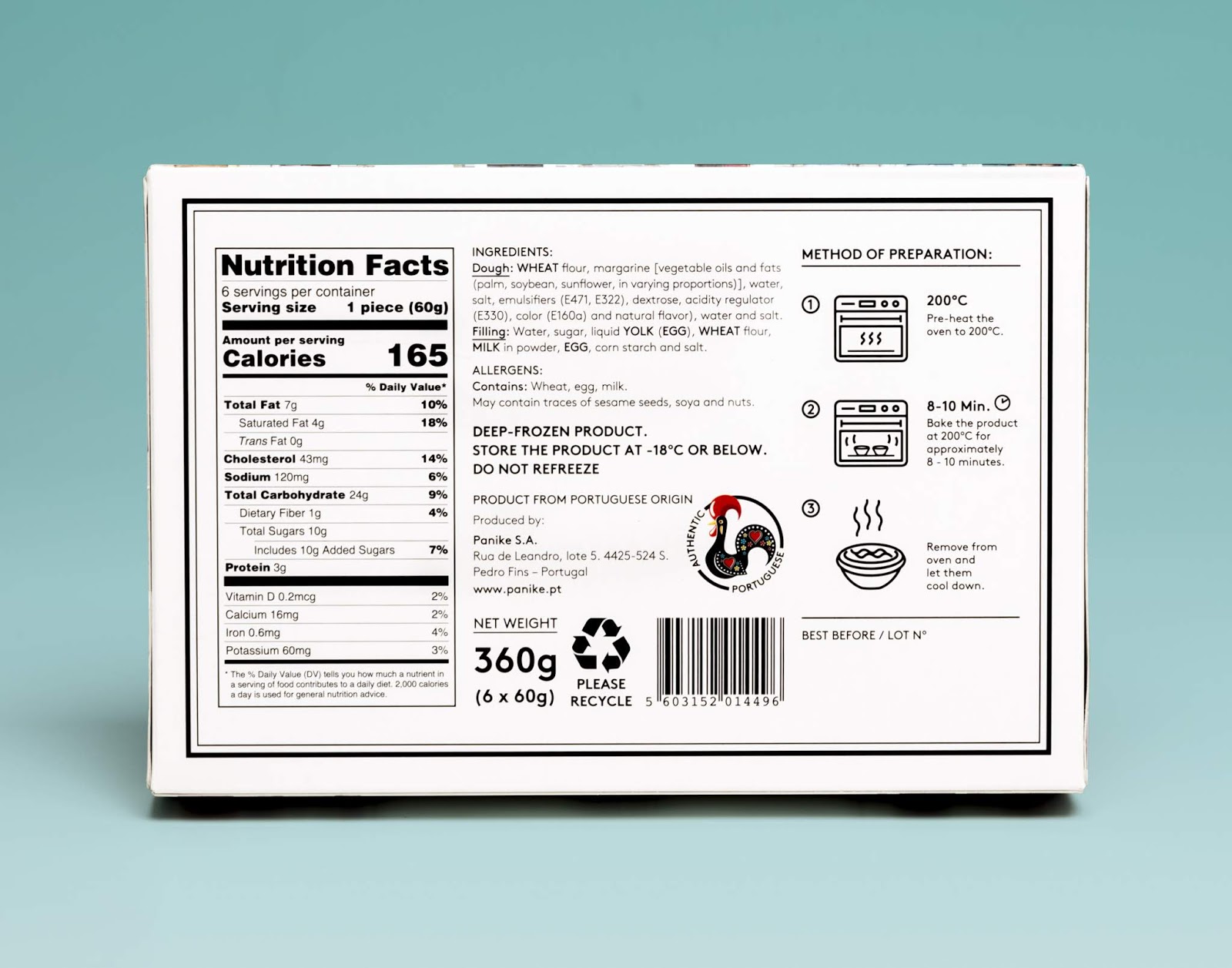 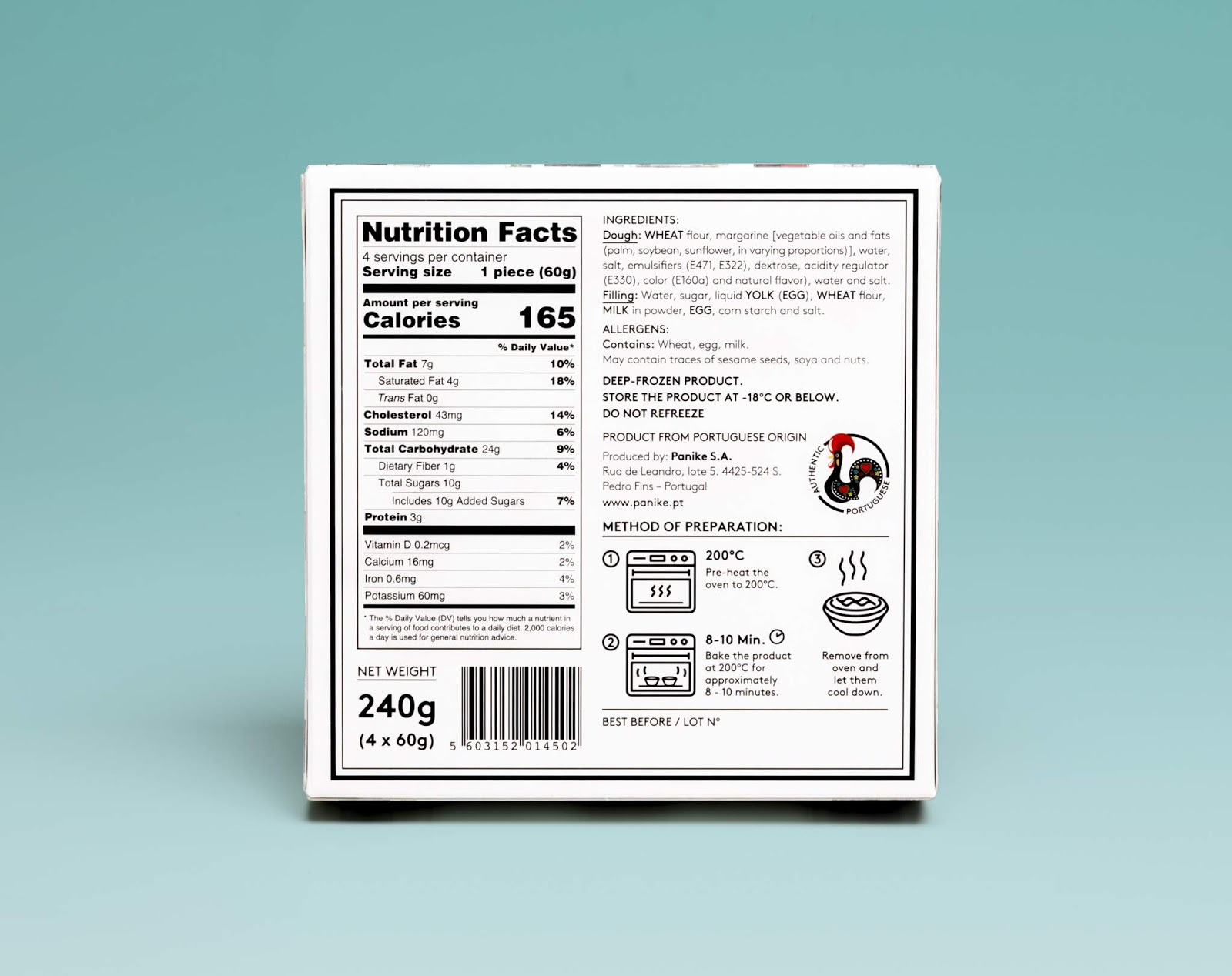 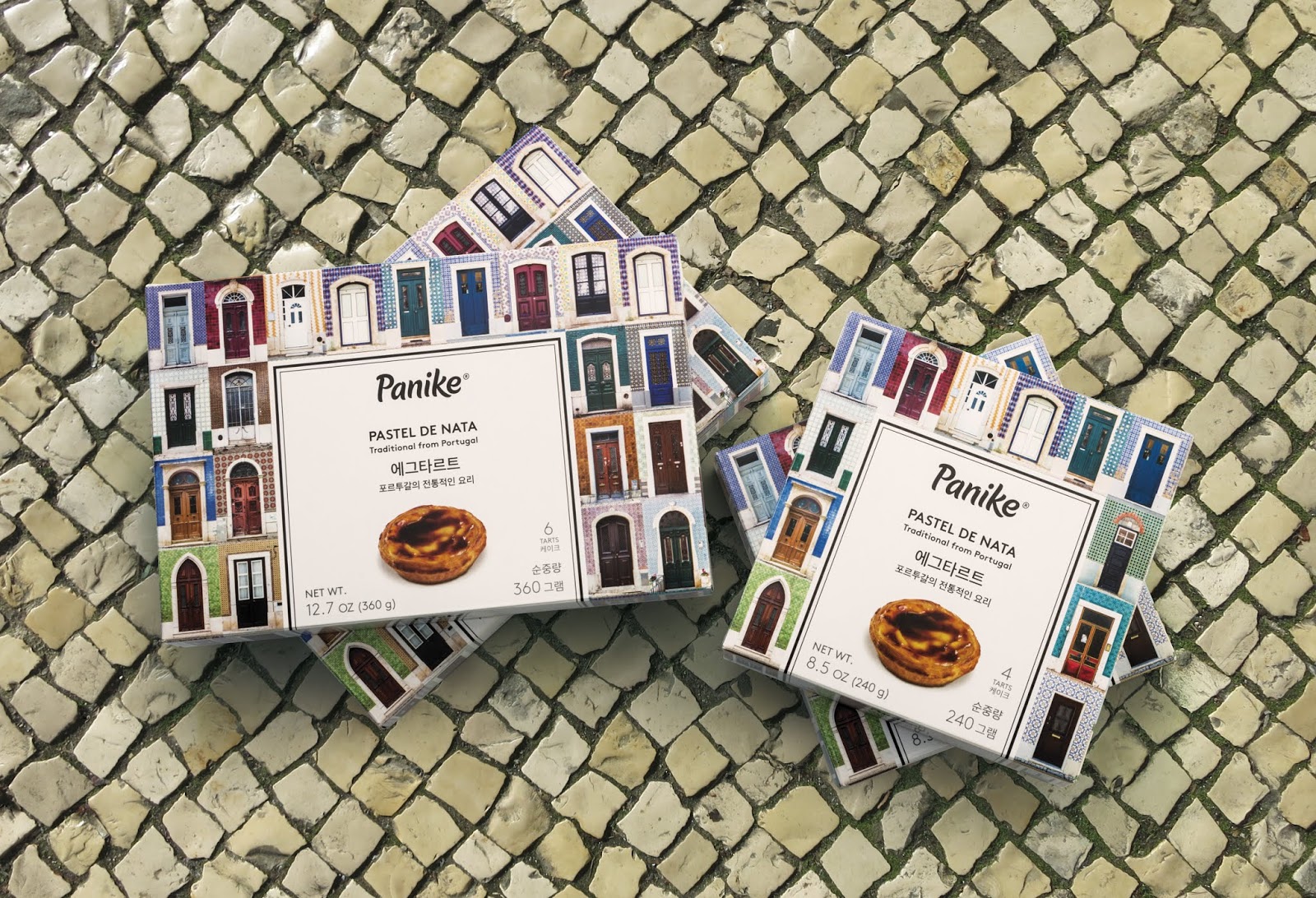