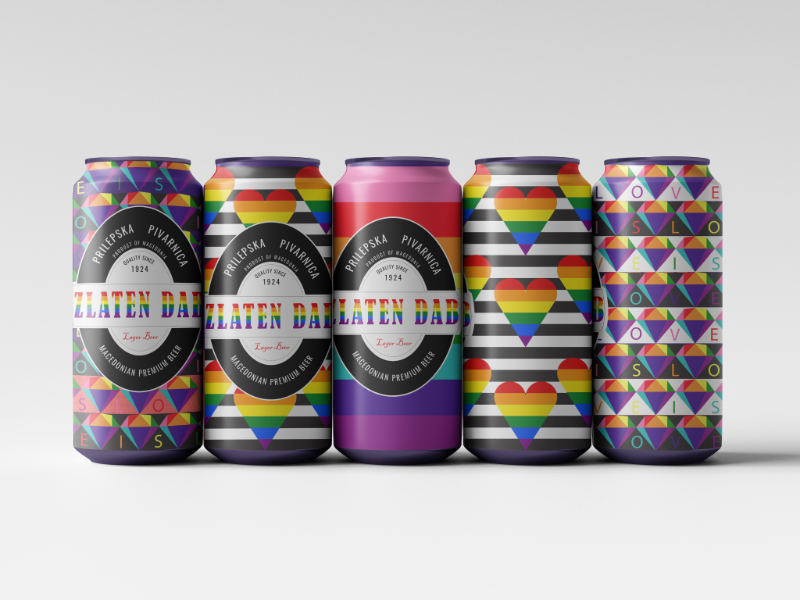 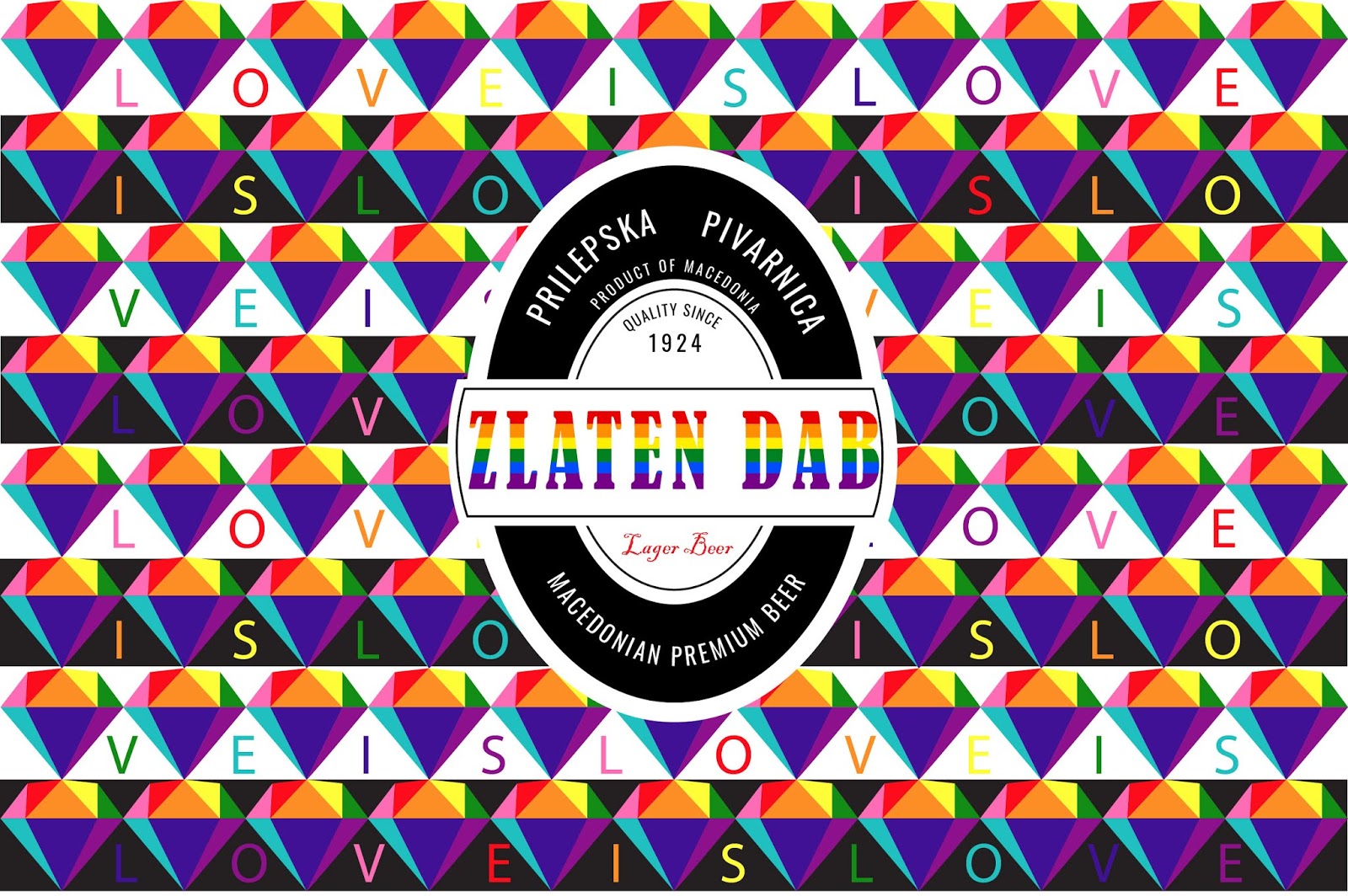 Inspiration
My 9- year old niece asking me why gay people get beaten up…Also, our Parliament sending the Law on LGBTQ rights “ by mistake” to the Supreme Court that instantly abolished it ( I call BS).

Pattern N1
Apparently, the pink triangle that was used by the Nazis to mark homosexual men during the Holocaust was reclaimed and re-signified by the LGBTQ community in the early 1970s as a badge of empowerment and solidarity. What more convenient foundation for such political alliances than a shared experience of oppression?

For this pattern, I put together 8 triangles with 8 colours which were used for the first LGBTQ flag and they became a DIAMOND. For the background I used black and white stripes resembling the Straight Ally flag ( Straight ally is a heterosexual and cisgender person who supports equal civil rights, gender equality, and LGBT social movements, challenging homophobia, biphobia, and transphobia. An ally acknowledges that LGBTQ people face discrimination and thus are socially disadvantaged).

Pattern N2
My take on the Straight Ally flag

The logo used is from a Macedonian Beer Company Prilepska Pivarnica and its product Zlaten Dab beer. Considering their previous campaigns, I presume that it is the only company in Macedonia that could possibly tackle this issue through their products- kudos! 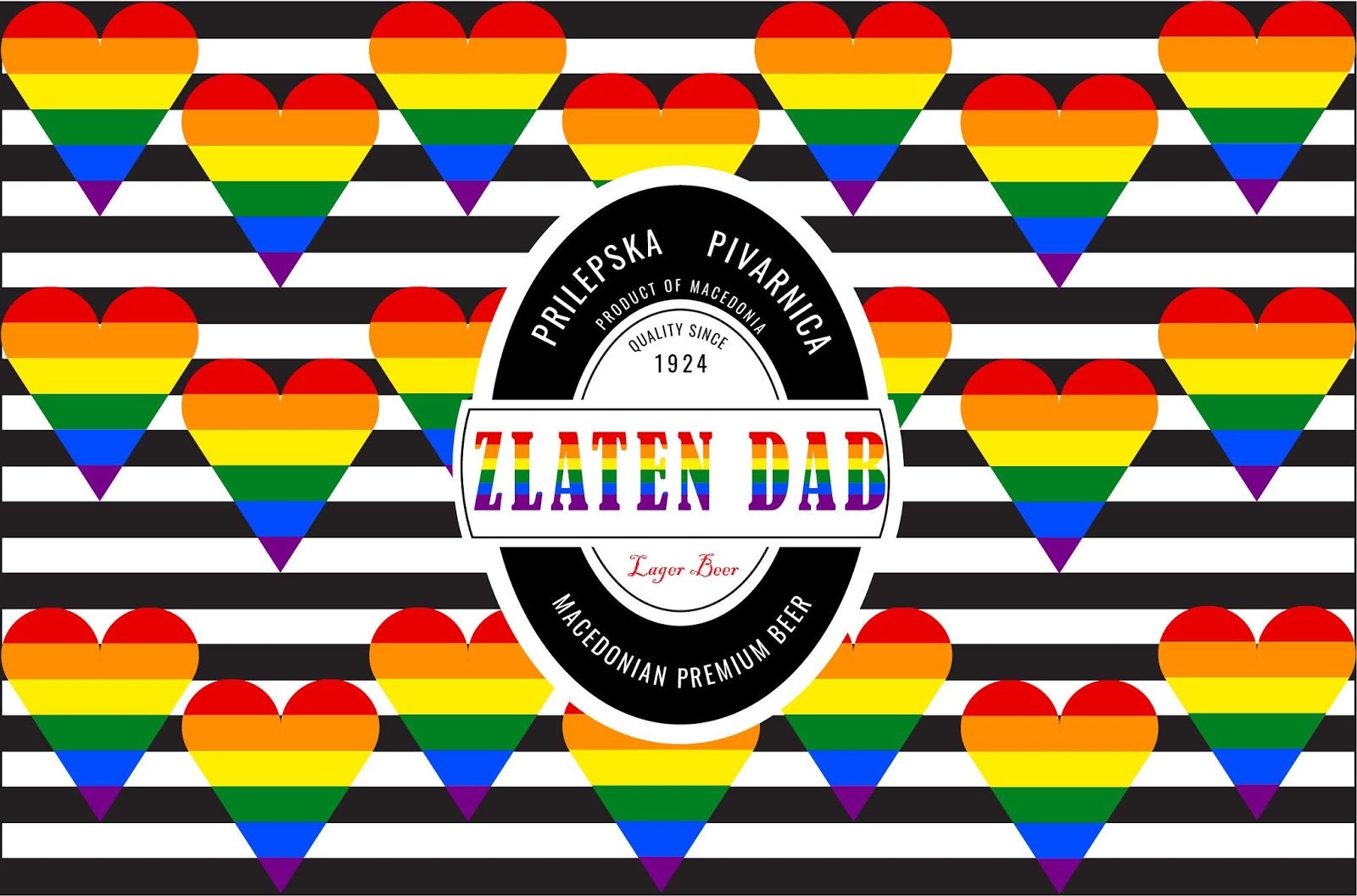 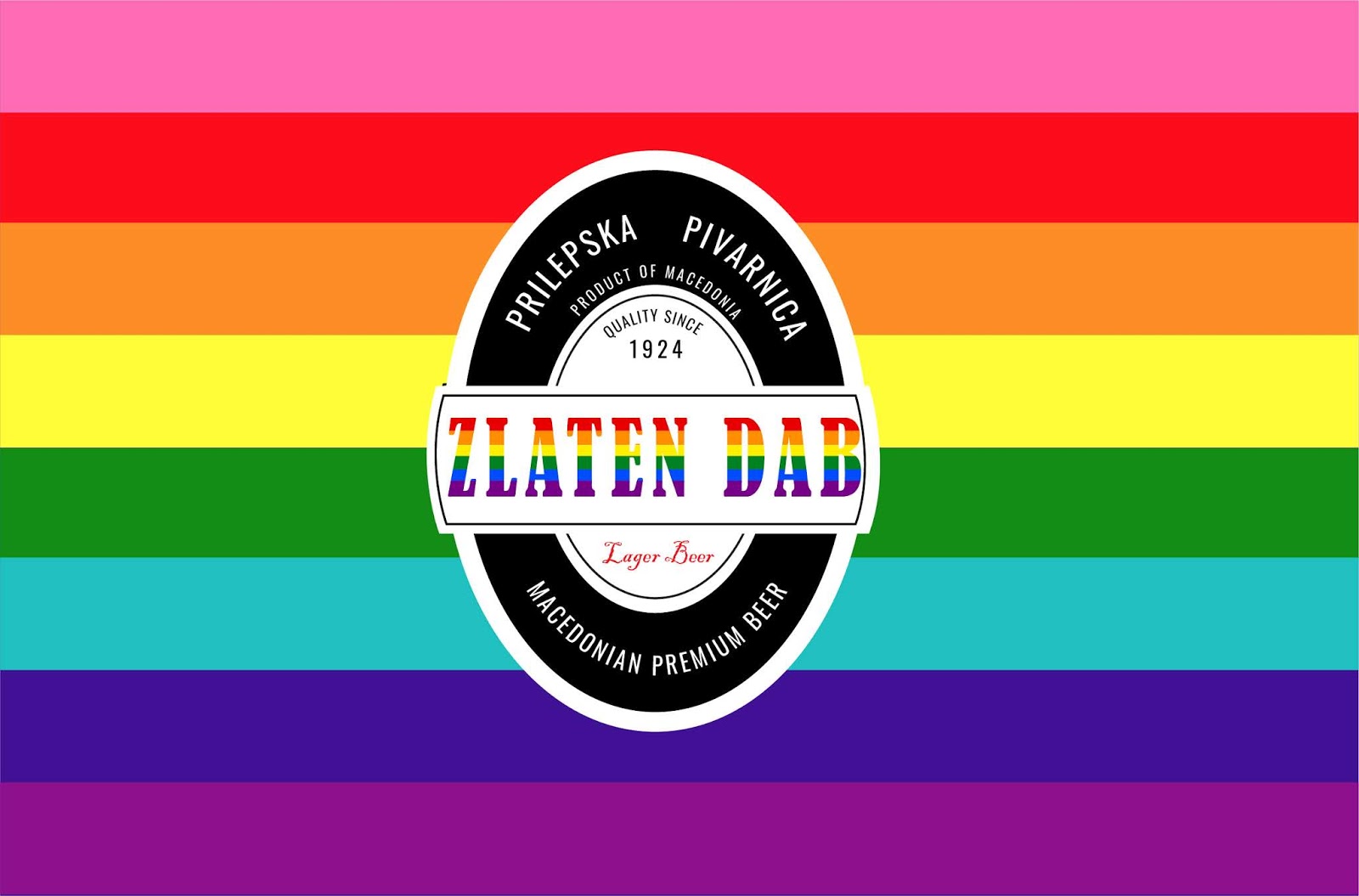 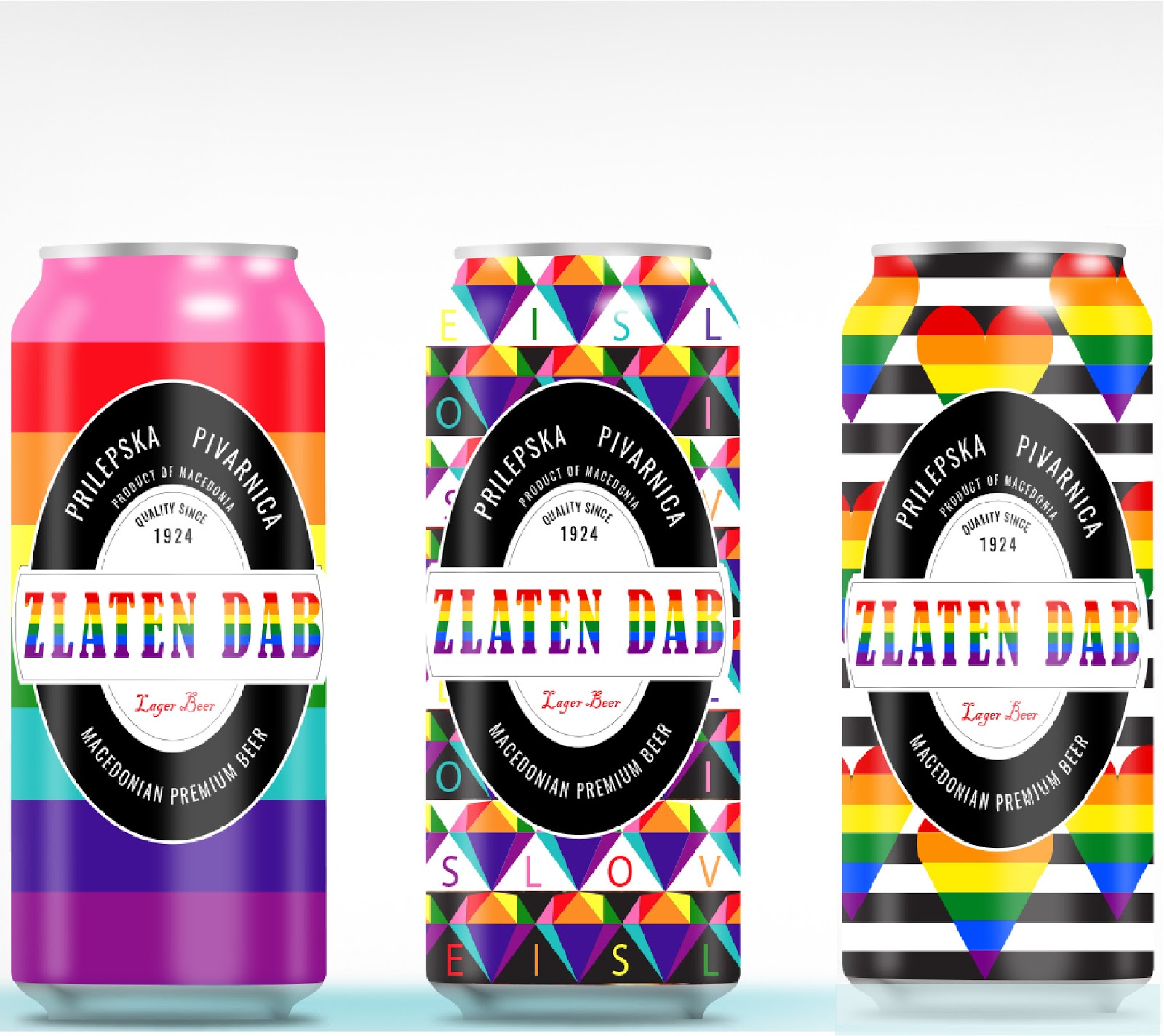 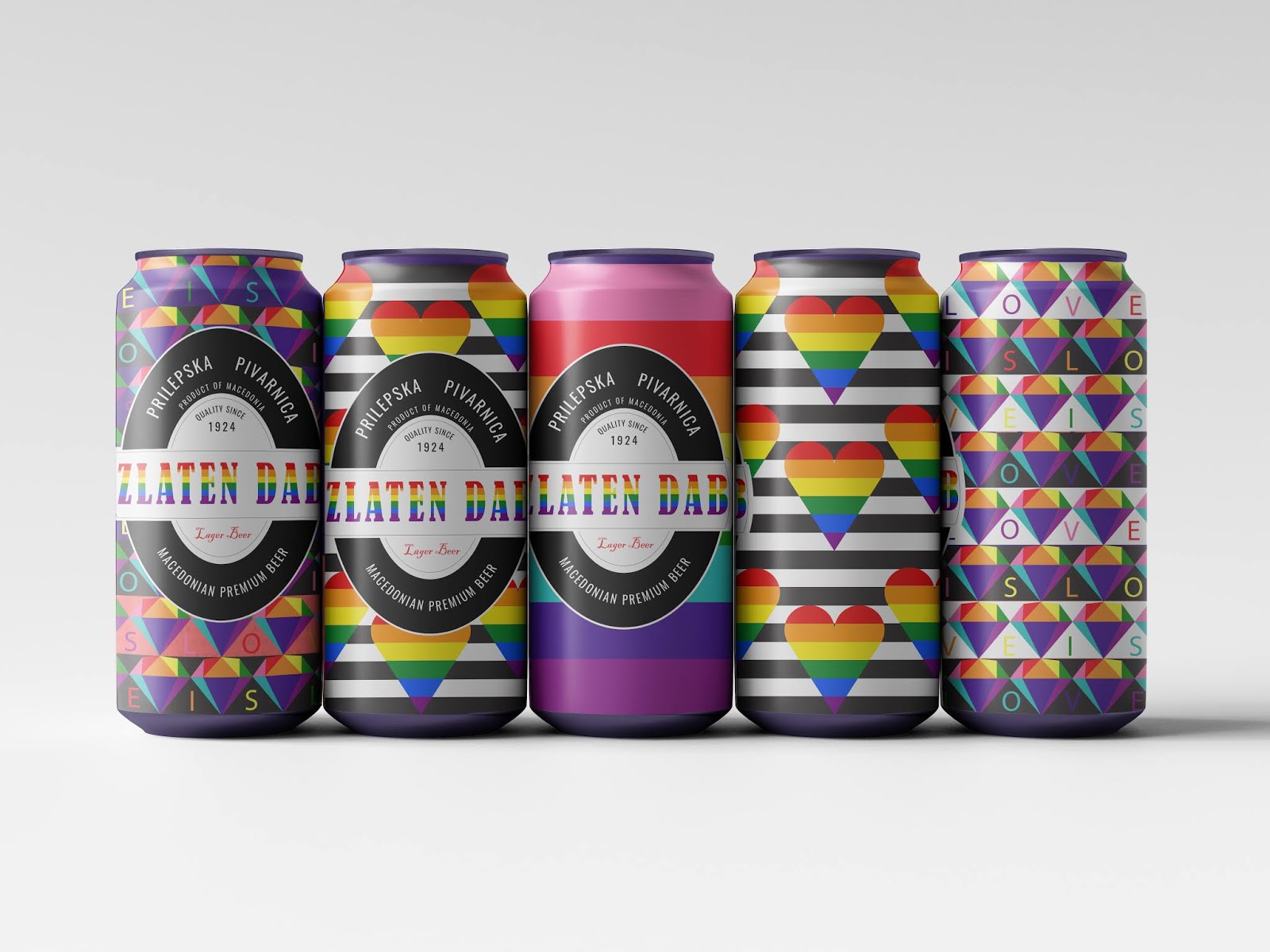