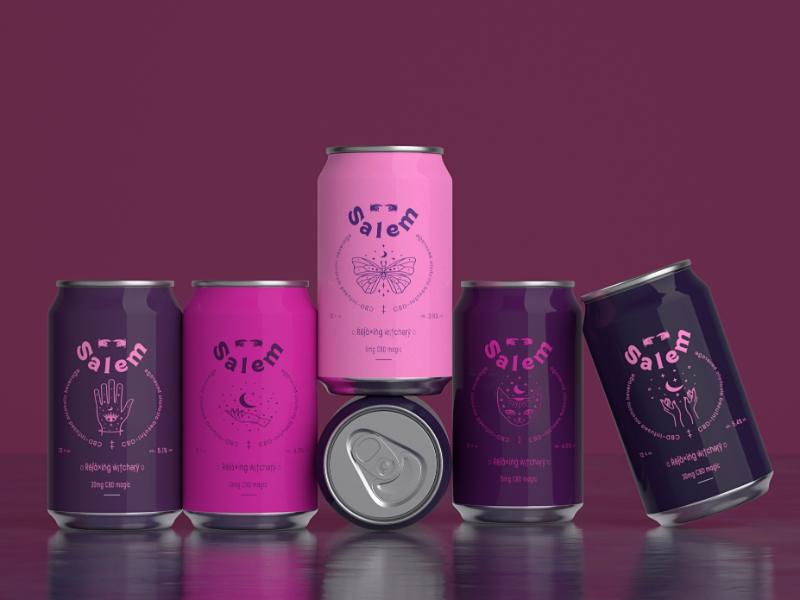 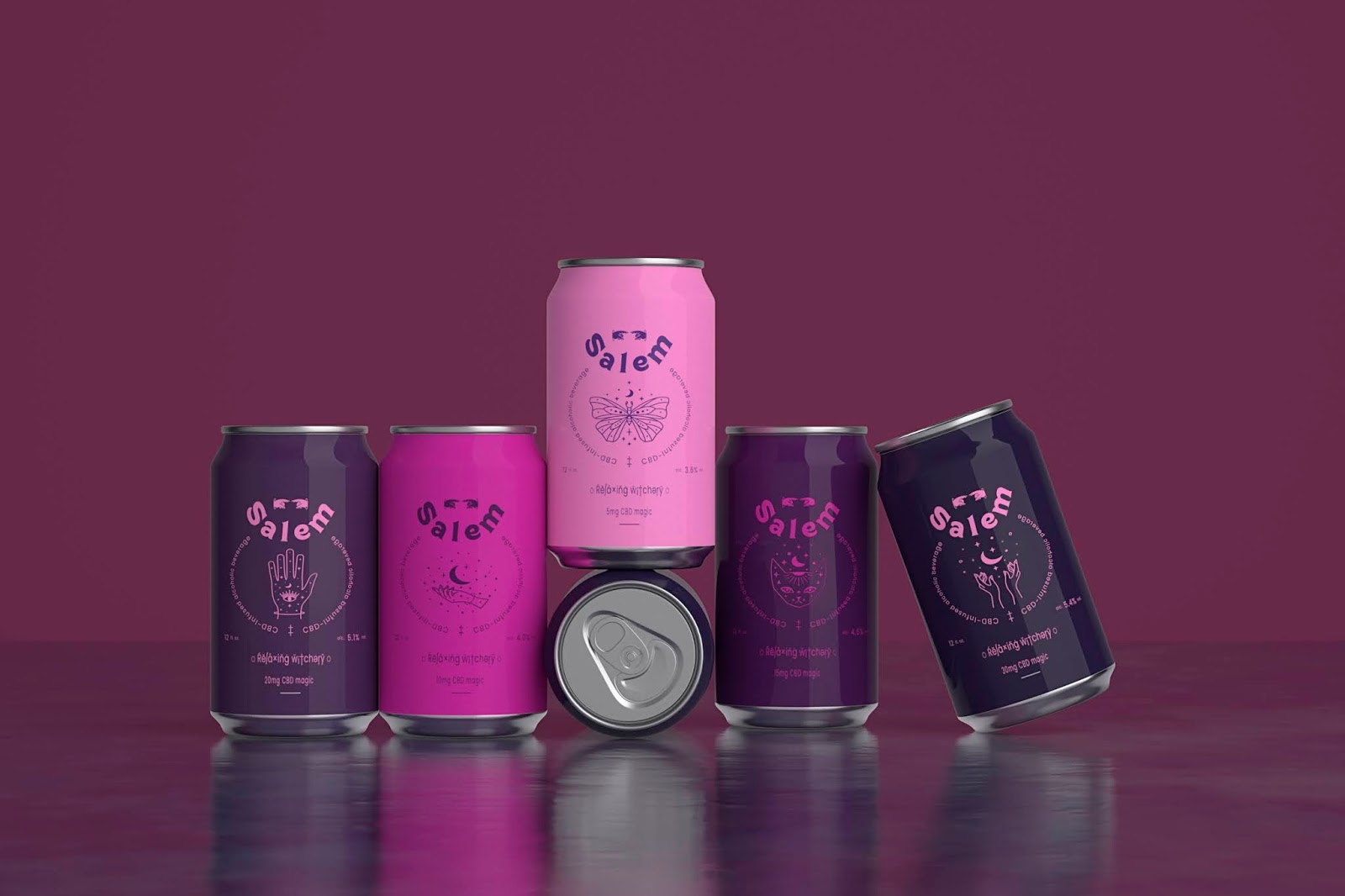 Salem is a hypothetical line of CBD-Infused alcoholic beverages.

CBD-infused products have experienced explosive growth in the last two years and the market now is flooded with tinctures, cosmetics and, most importantly, beverages. As a consequence, CBD beverages create nowadays an entirely new category and Salem has found its niche in the white and dark magic imagery.

The range is made up with five different cans each having its own CBD dose from low 5mg to high 30mg. Salem beverages are dedicated to the nineteen men and women who were executed during the Salem witch trials, a series of hearings and prosecutions of people accused of witchcraft in colonial Massachusetts between February 1692 and May 1693.

The concept relies on the near-mystical virtues of cannabidiol (CBD) and Studio Blackthorns wanted to give the product a witchcraft look in order to elevate and empower the brand’s benefits. We came with five different illustrations symbolizing the witchcraft world and also used the strange wording “Ŕĕ∫å×iňġ ẅ¡†chəŗỹ” coming from the witch house music movement.

Indeed, the witch house music is an occult-themed electronic microgenre that emerged in the early 2010s in which they use typographic elements such as unicode symbols for song titles and band names. For the typographic part, the combinaison of the two fonts Regina Black and Poppins (aka Mary Poppins, also identified as a witch) are a nice and harmonious fit. Regarding the color palette, we decided to use a range of violet tones often associated with occultism and magic.

What’s Unique?
These cans have been designed by French creative agency Studio Blackthorns. This project is a part of its 366 Cans Challenge for the year 2020. 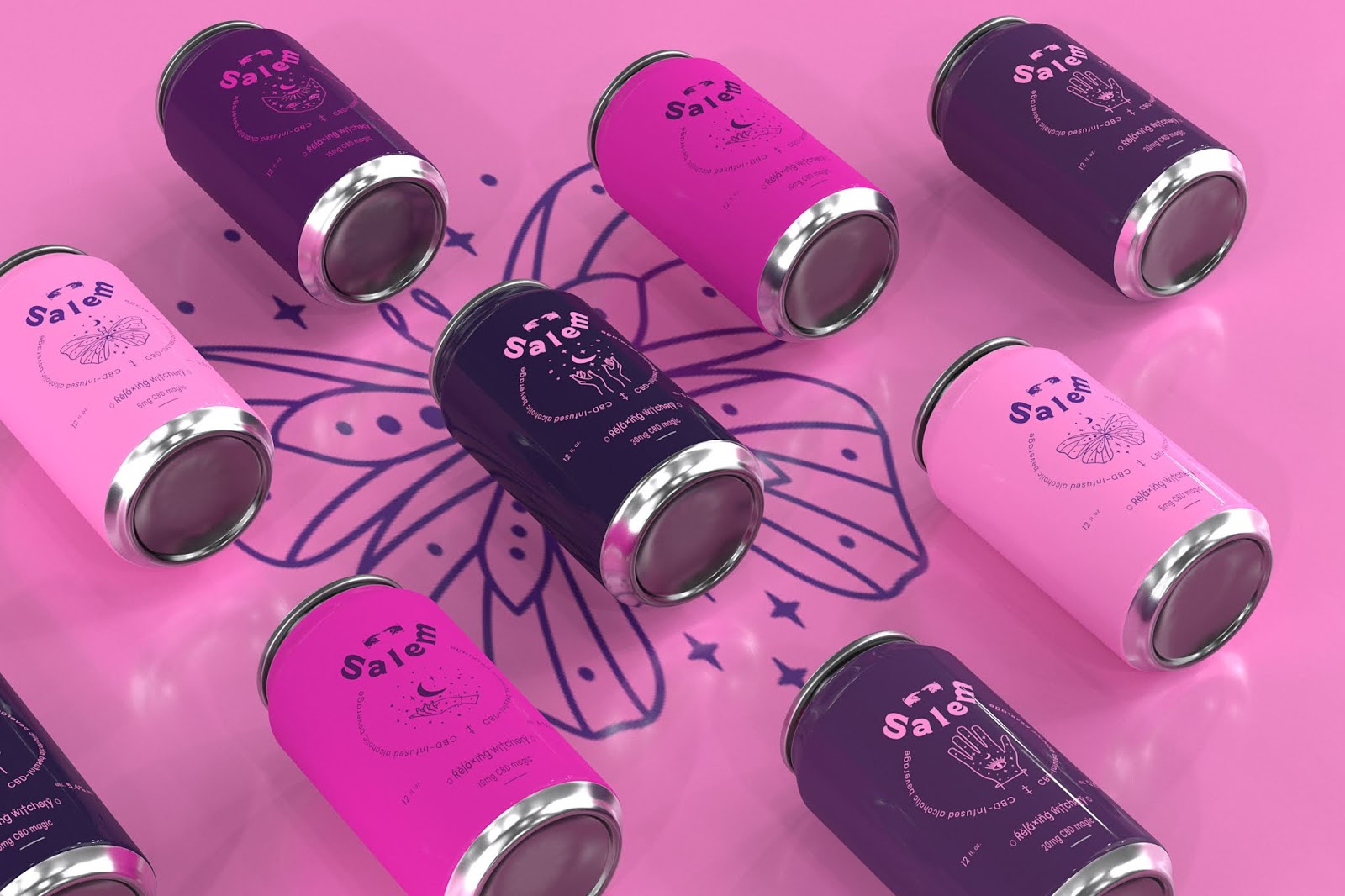 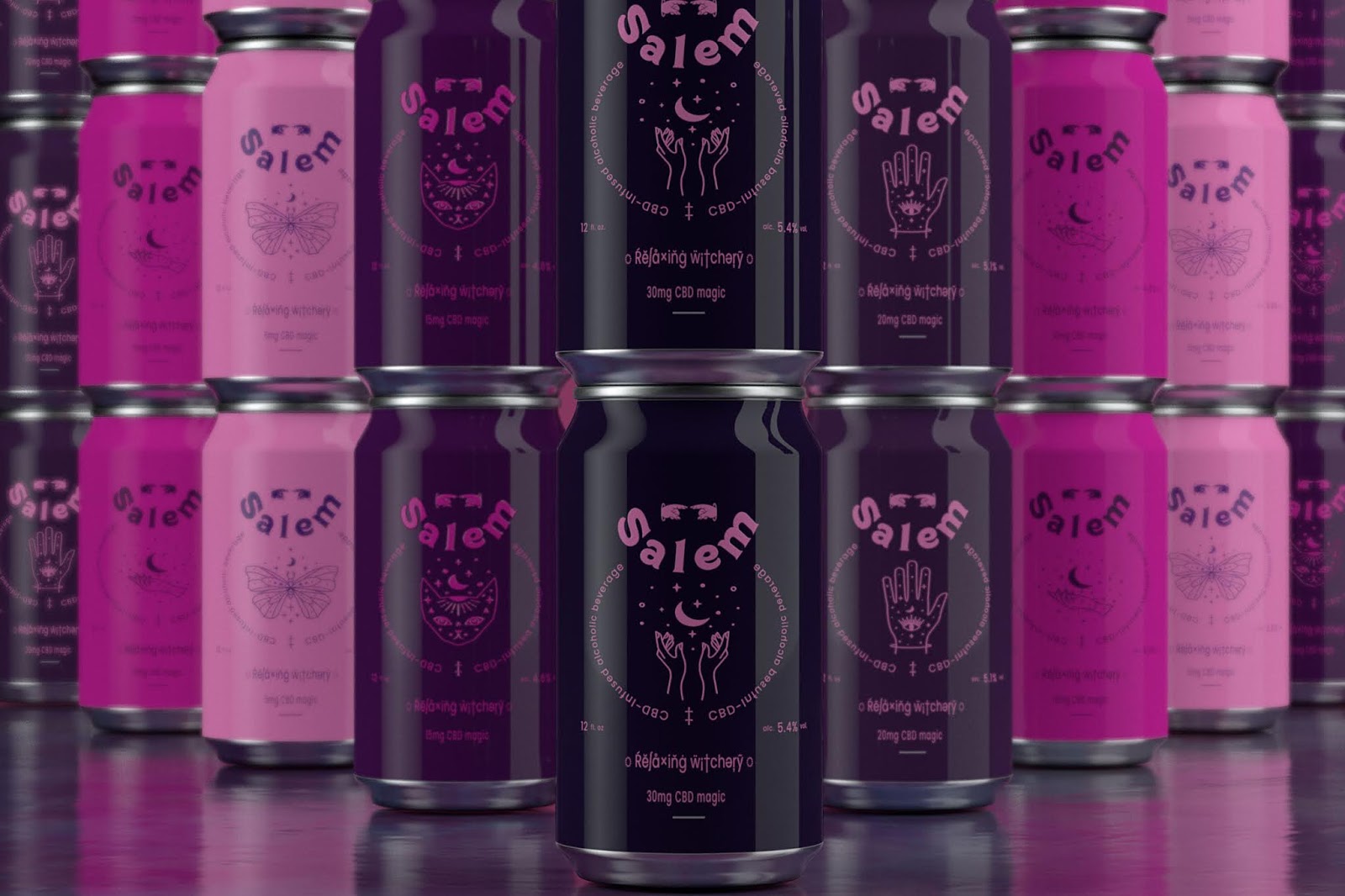 Make Peace with the World