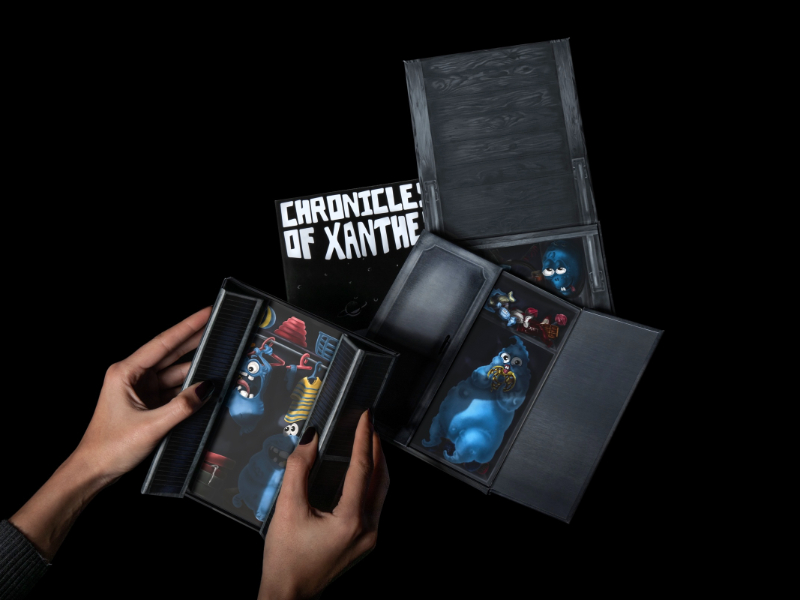 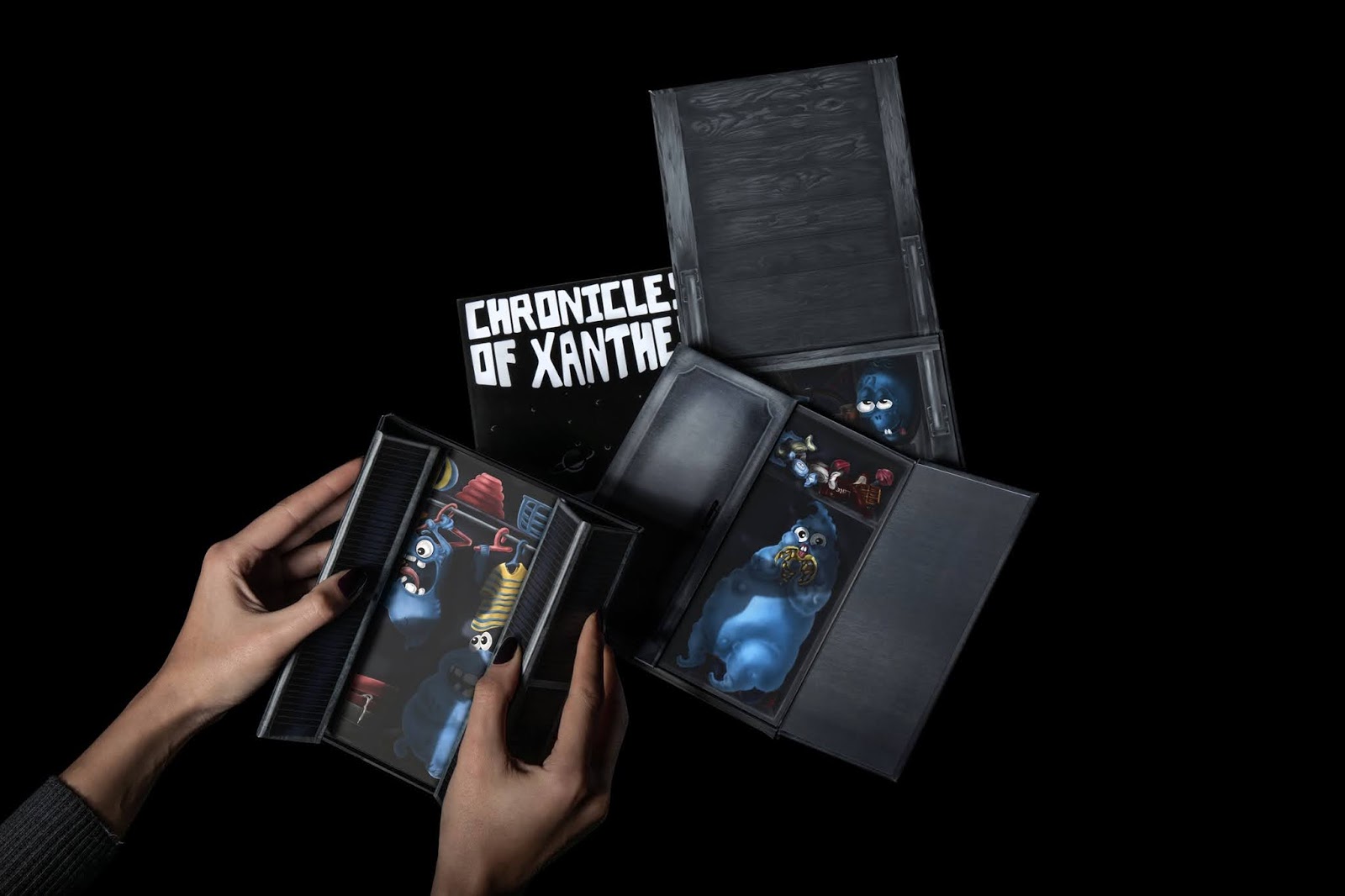 Client Brief:
Our main task was to create a strong branding that would make the chocolate bars stand out in the market. That is the main reason we chose to tell the story behind the branding idea through packaging and product design.

Brand story:
On the edge of the galaxy NH-2, there was a planet called Xanthes where a race of pretty creatures called Myu lived their happy lives without knowing the feeling of sadness. The source of their happiness was an ancient fountain of unknown alien origin. Once the fountain ceased to exist and sadness fell over the planet. The only professor of Xanthes had been working for long hours to discover the element in the liquid. And finally, he came to a disturbing realization: the quantity of the foreign substance called cocoa was the source of happiness and it had decreased in the magic liquid. Then a group of Myus was set off to find the foreign substance in outer space.

Myus were drifting in space for a very long time and suddenly their radars detected a mysterious astronomical object, an unknown planet with a vast amount of cocoa all over its coverage. They landed on the planet and noticed a flickering light coming from the Smiths’ house full of chocolate and candies. The Myus were so happy to find it, they did not realize that they were a little late from saving their own planet.

Frankly, the brand story is full of different clues related to chocolate and its ingredients. The name of the brand, Choc&Late, is a variation of the word “chocolate”, and symbolizes the fact of Aliens being late from saving their planet. The name of the Galaxy, NH2, is one of the chemical ingredients of Endorphin. Further, the name Myu, was derived from the name Morpheús, the god of dreams in Greek mythology. 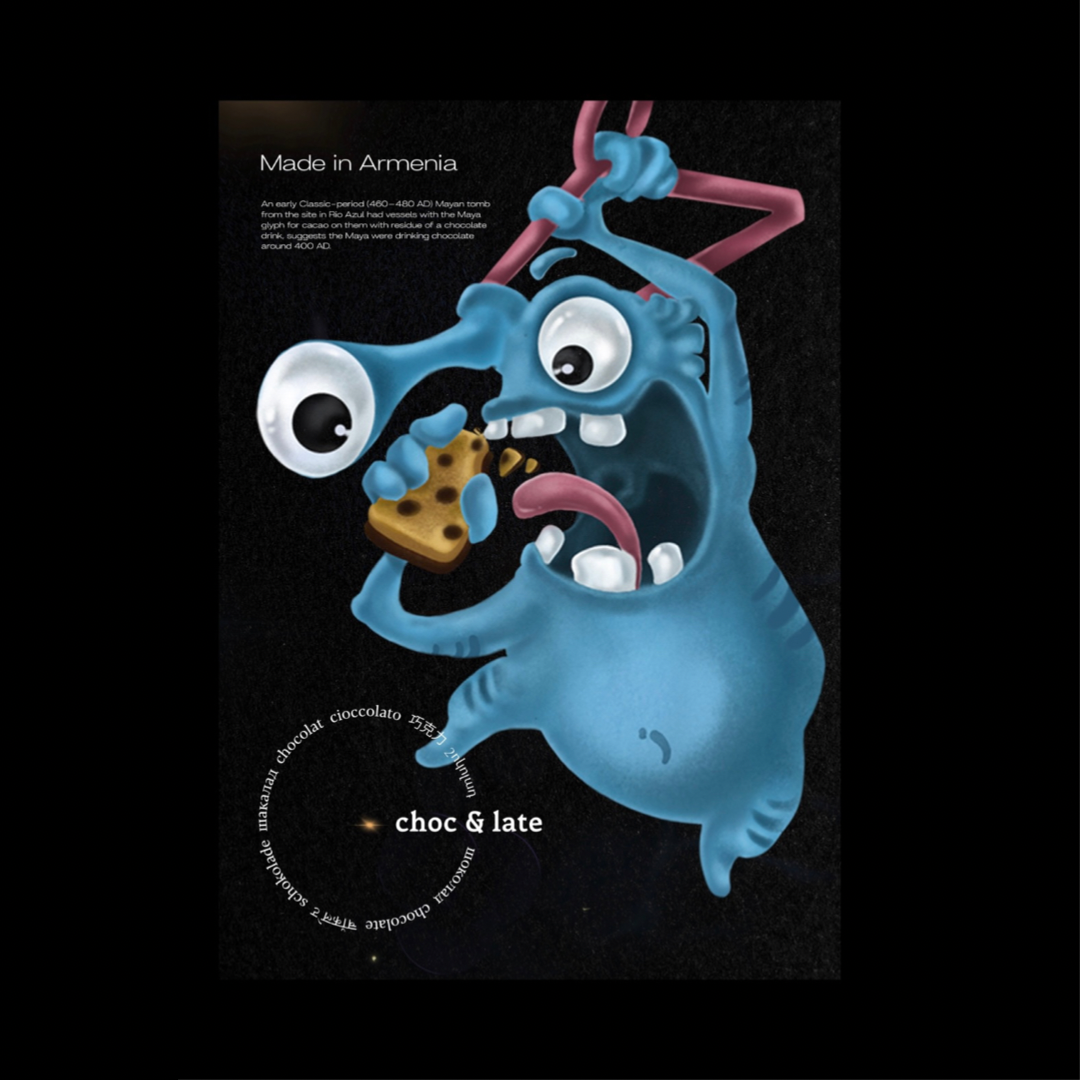 Design Solution:
The packages of the chocolate were created in the style of different house spaces where people usually keep chocolate and sweet products: a cupboard, a basement, and the wardrobe. In the story, the Myus snuck into those places and found a variety of chocolate products, exactly at the moment when each member of the family opened the door to that space, be it an attic, a wardrobe or a cupboard.

What’s Unique?
The sketching played the key role to reach the desired result. It required an extraordinary amount of focus and commitment to detail. The heroes inhabited our minds before the sketching stage: filthy, little bit chubby, roly-poly creatures. As a result, these sweet guys conquered our hearts.