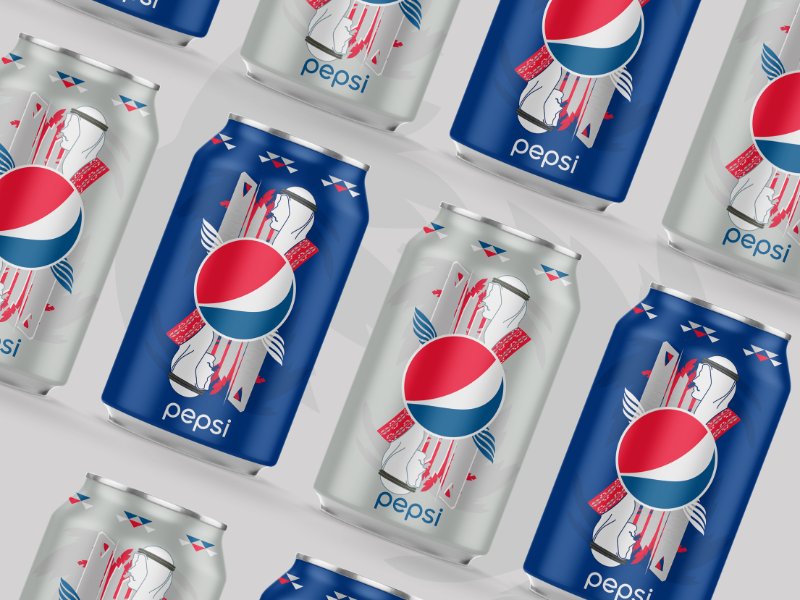 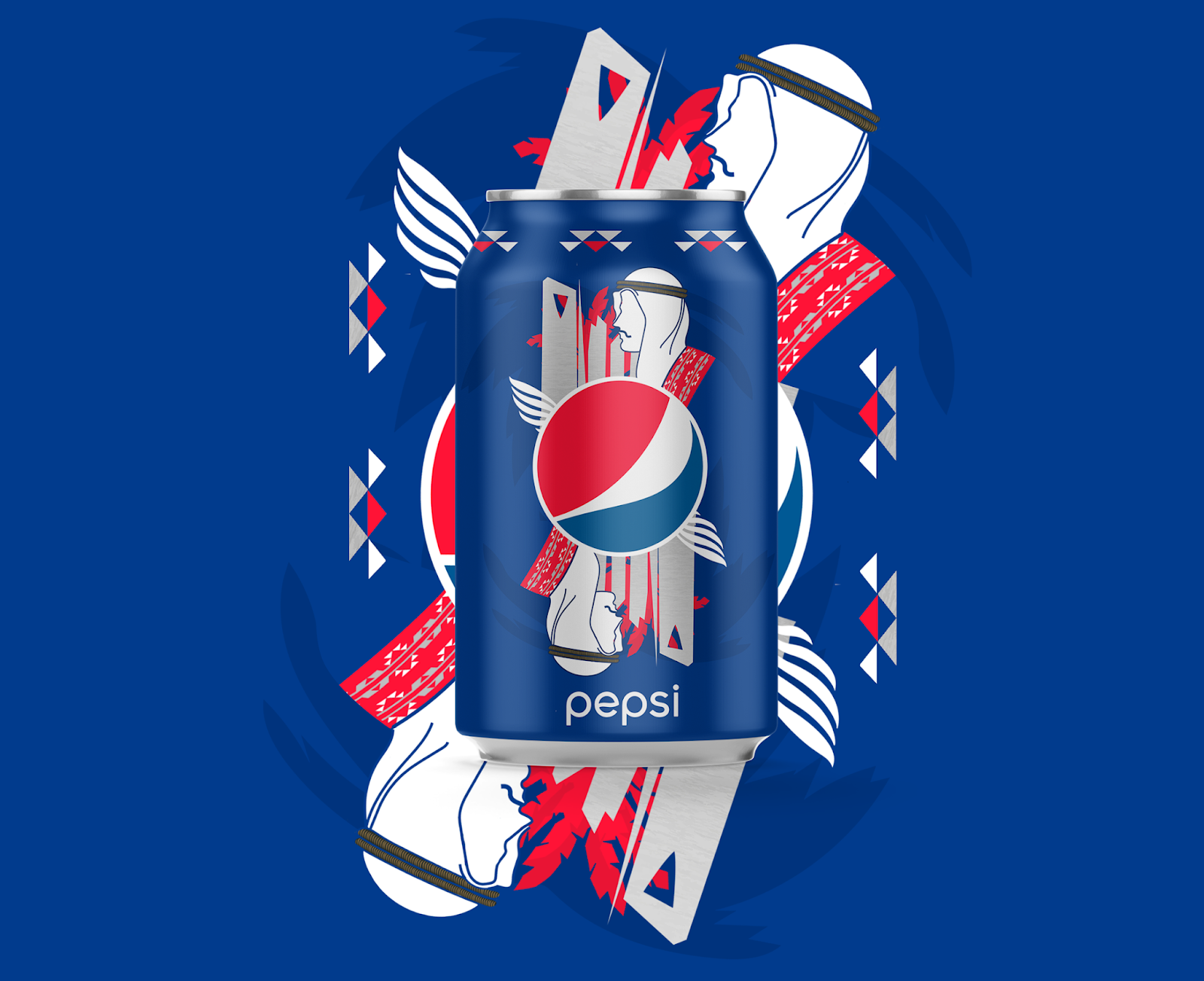 “Let’s inspire the world” – The slogan of the G20 hosted by the Kingdom of Saudi Arabia on late November 2020 insipred me to write it in the Arabic language, the main idea is show the Saudi culture.

First, I used Sadu triangles (Sadu : is a type of traditional Bedouin fabric that spread in the Kingdom of Saudi Arabia) and has been included by UNESCO on the list of the intangible heritage of mankind. Second, Ghutra + Oqal is traditional formal costume that Gulf men wear it. Third, the Kingdom Center : An Icon for Riyadh city, the capital of Saudi Arabia. Last, Falcon Wing : the animal that symbolizes Arabism.

This is a fictitious packaging concept and it is not affiliated with Pepsi. 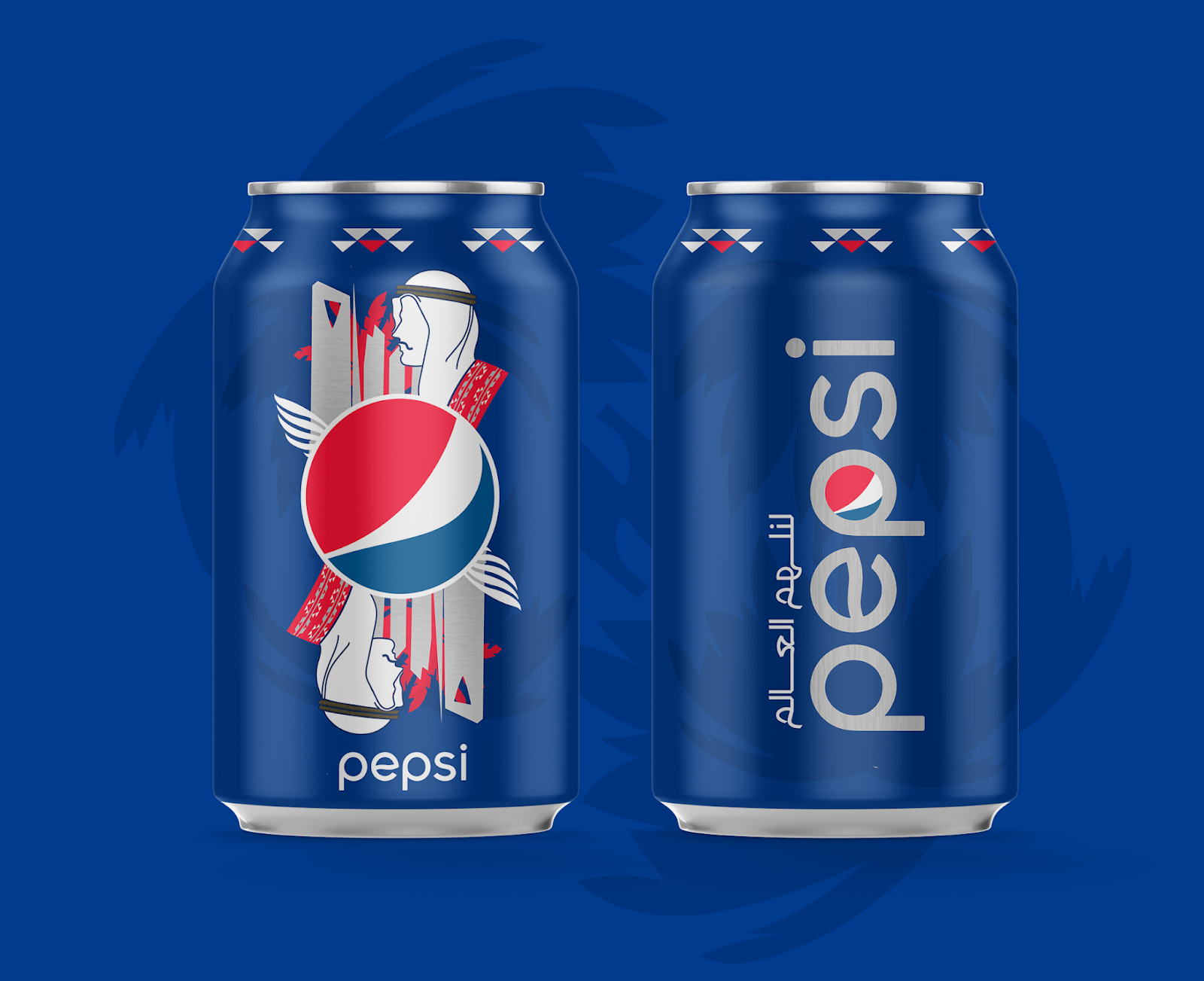 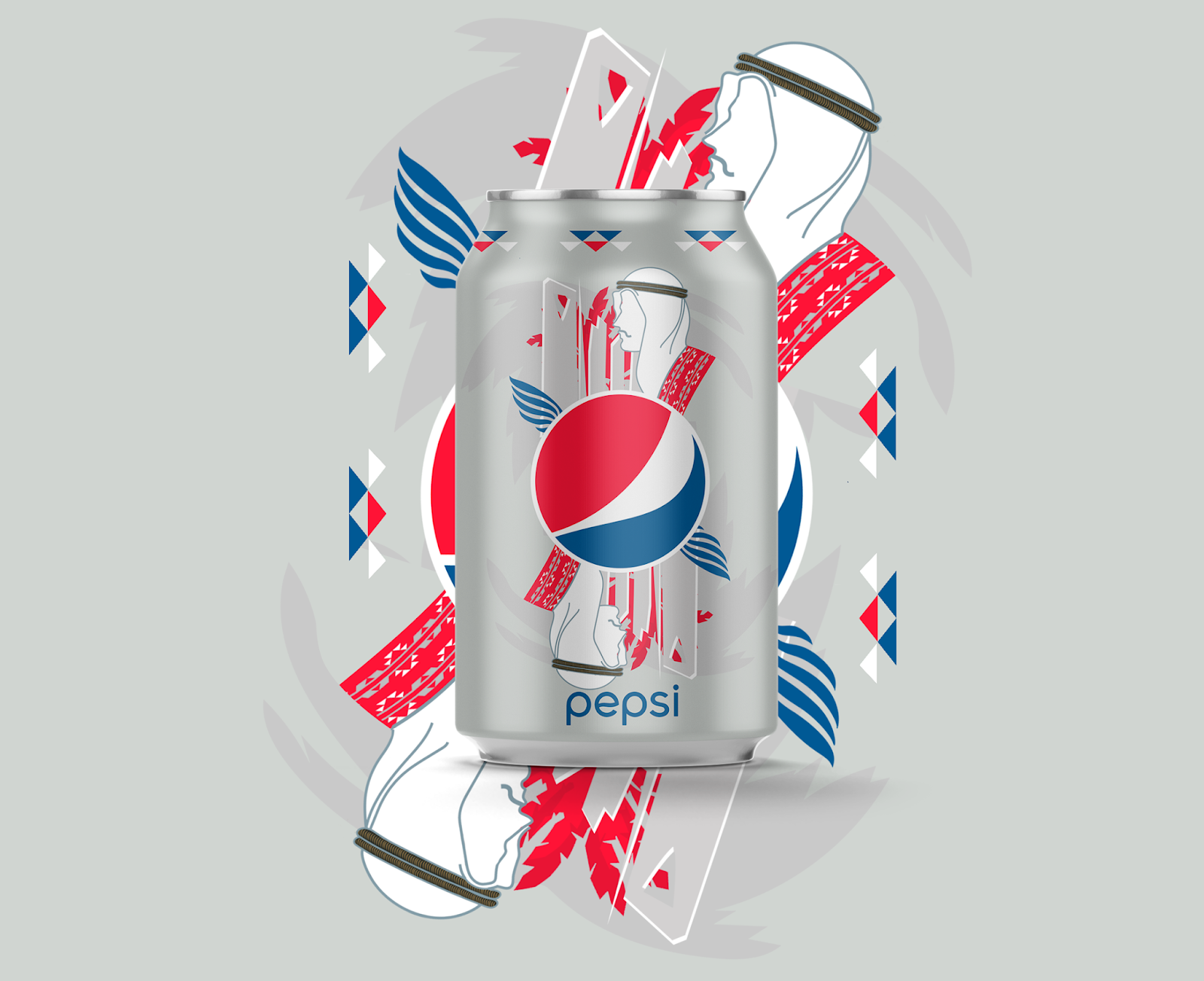 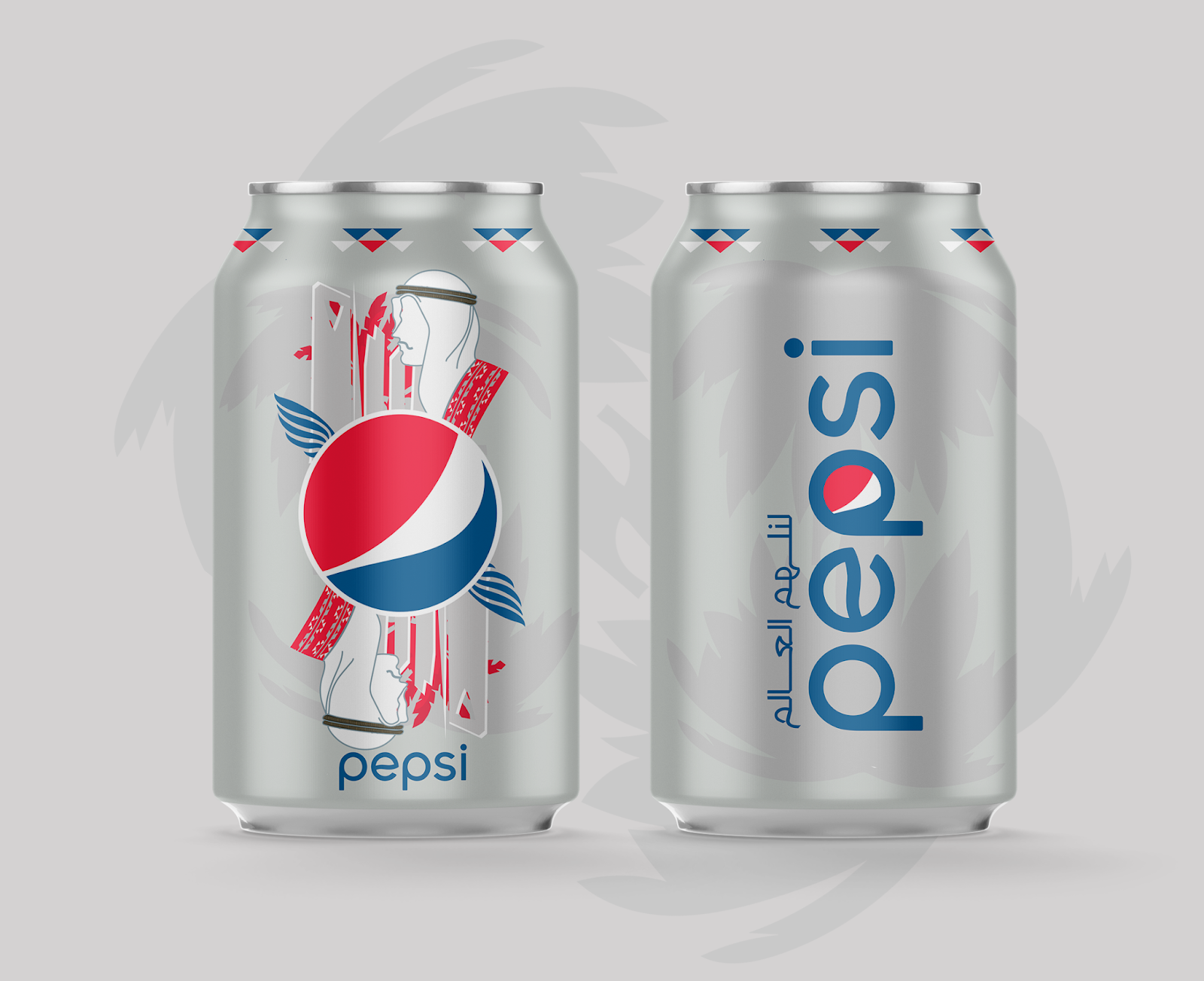