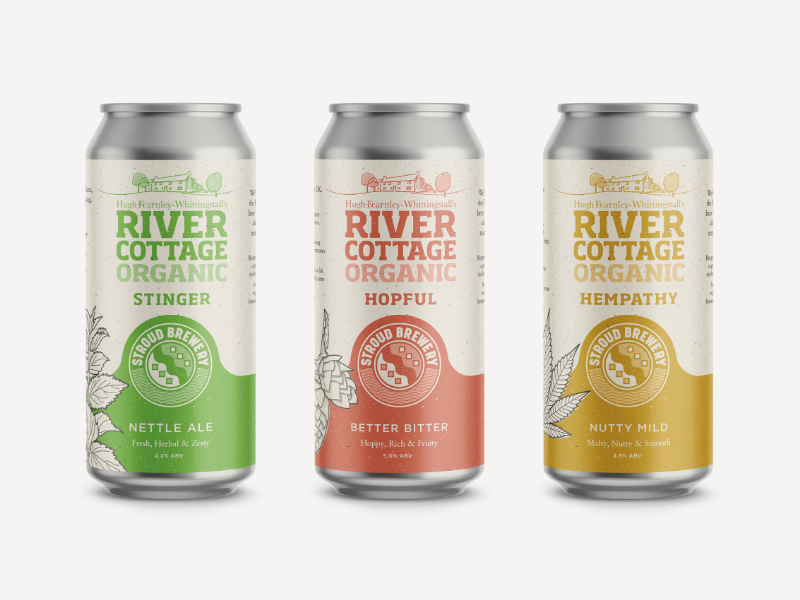 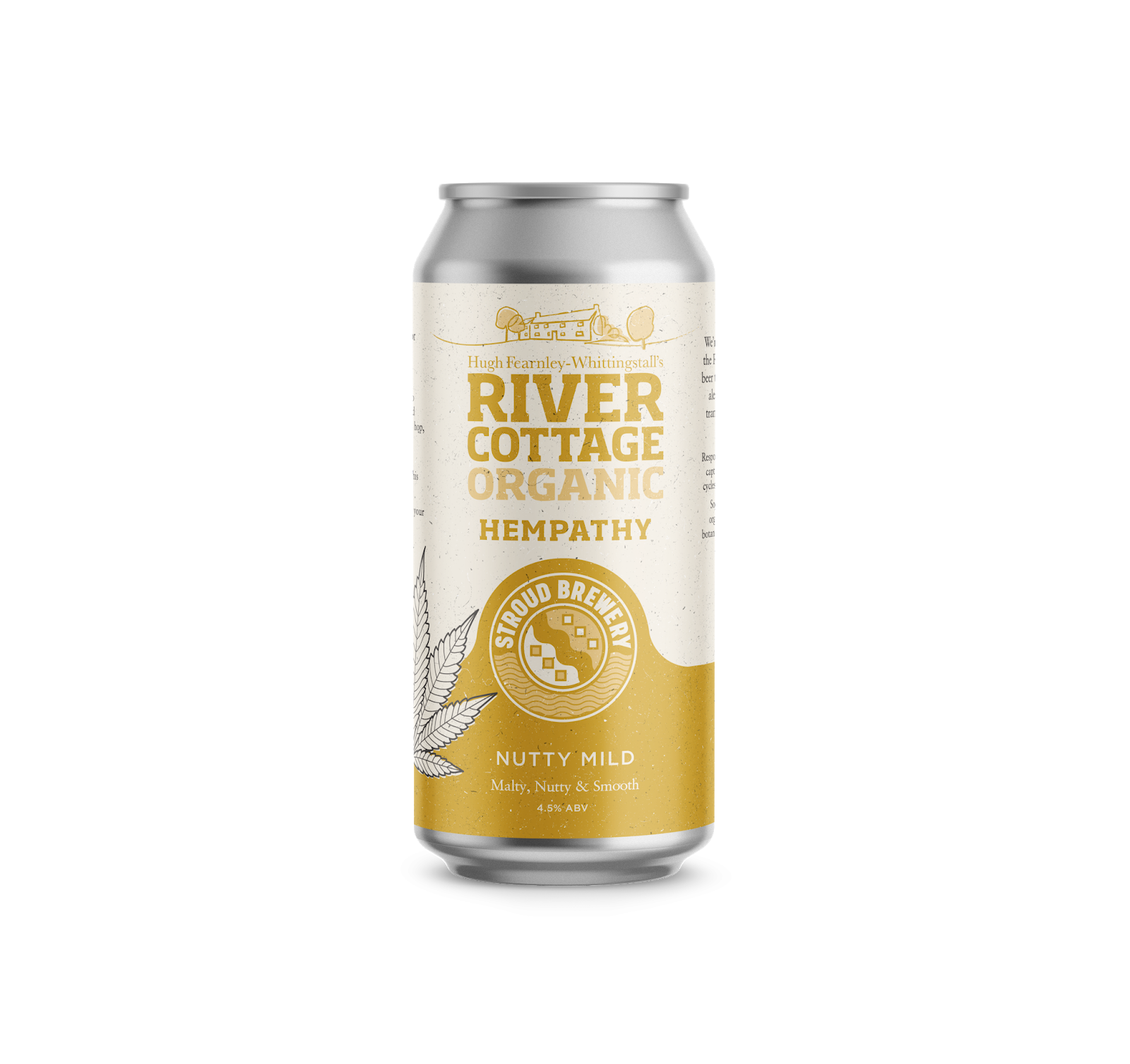 The River Cottage brand has been a vehicle for promoting an ethical food ethos since 1999, when Hugh Fearnley-Whittingstall launched ‘Escape to River Cottage’. Since then, the brand has become a household name and the founder Hugh, synonymous with championing ethical food sourcing and production, healthier eating, and environmental issues. 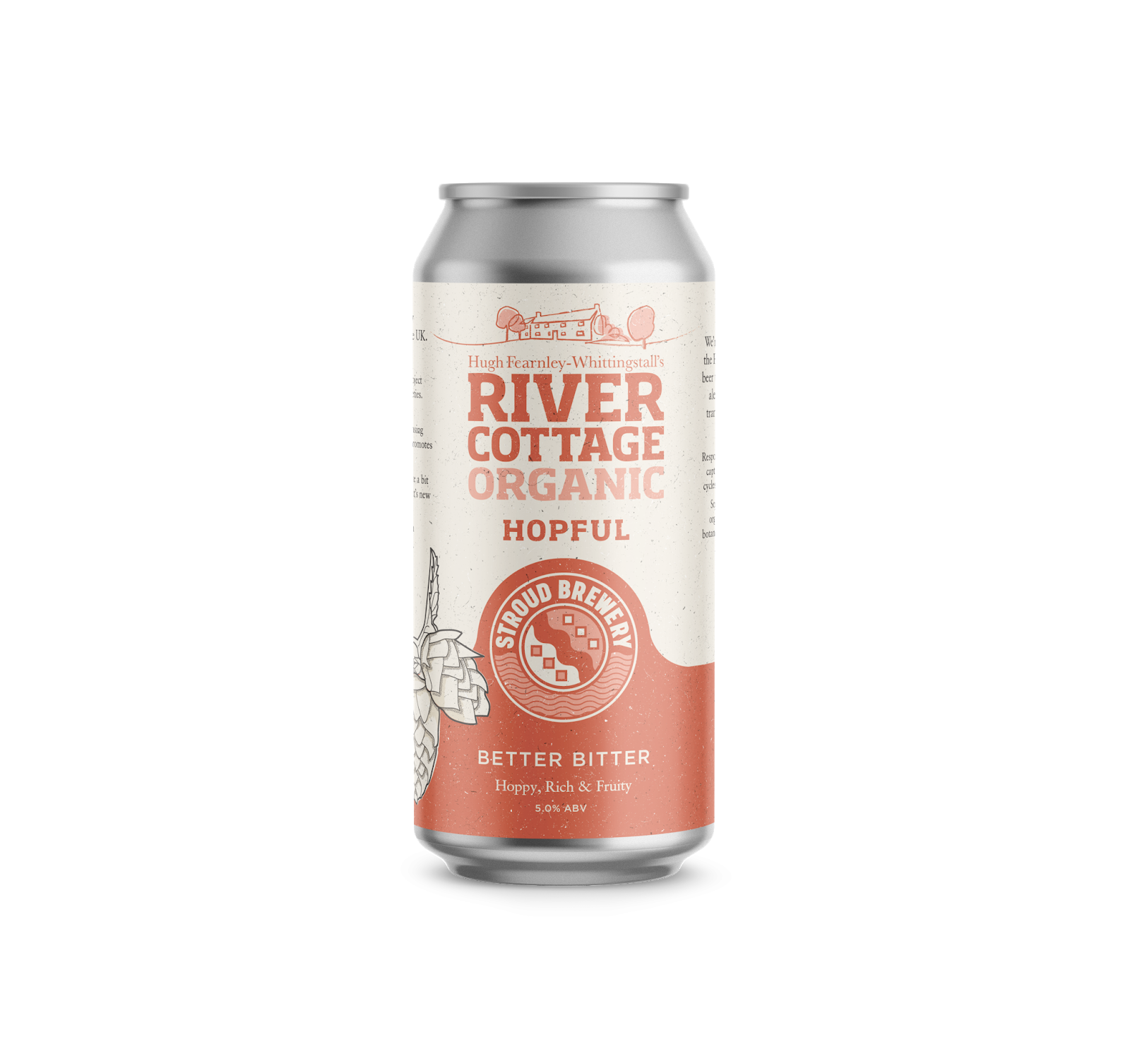 Stroud Brewery are flavour forward brewers and quite possibly the UK’s most ethical brewery, being organic, certified B Corp and willing to dedicate investment where it really counts. The Cotswold based brewery were the obvious choice for River Cottage to make beer with.

After their initial range originally launched without success in 2020, River Cottage and Stroud Brewery approached Level to help them understand what wasn’t working and improve the design of the range.

“We knew that in the saturated beer category any new contenders in the space had to bring something new to the party and when targeting the lesser spotted ethical beer drinker, a brand must stand for something.” Says Jenny Patton, Head of Insight at Level. “The proposition ‘food to inspire change’ couldn’t be a hash tag sign off, it needed substance, something real and meaningful behind it if it was going to resonate with both customers and consumers.”

Like Hugh, the team at Stroud Brewery are passionate about organic and regenerative farming practices and were already working on a ground breaking hop trial project to enable more UK beer producers to become organic. 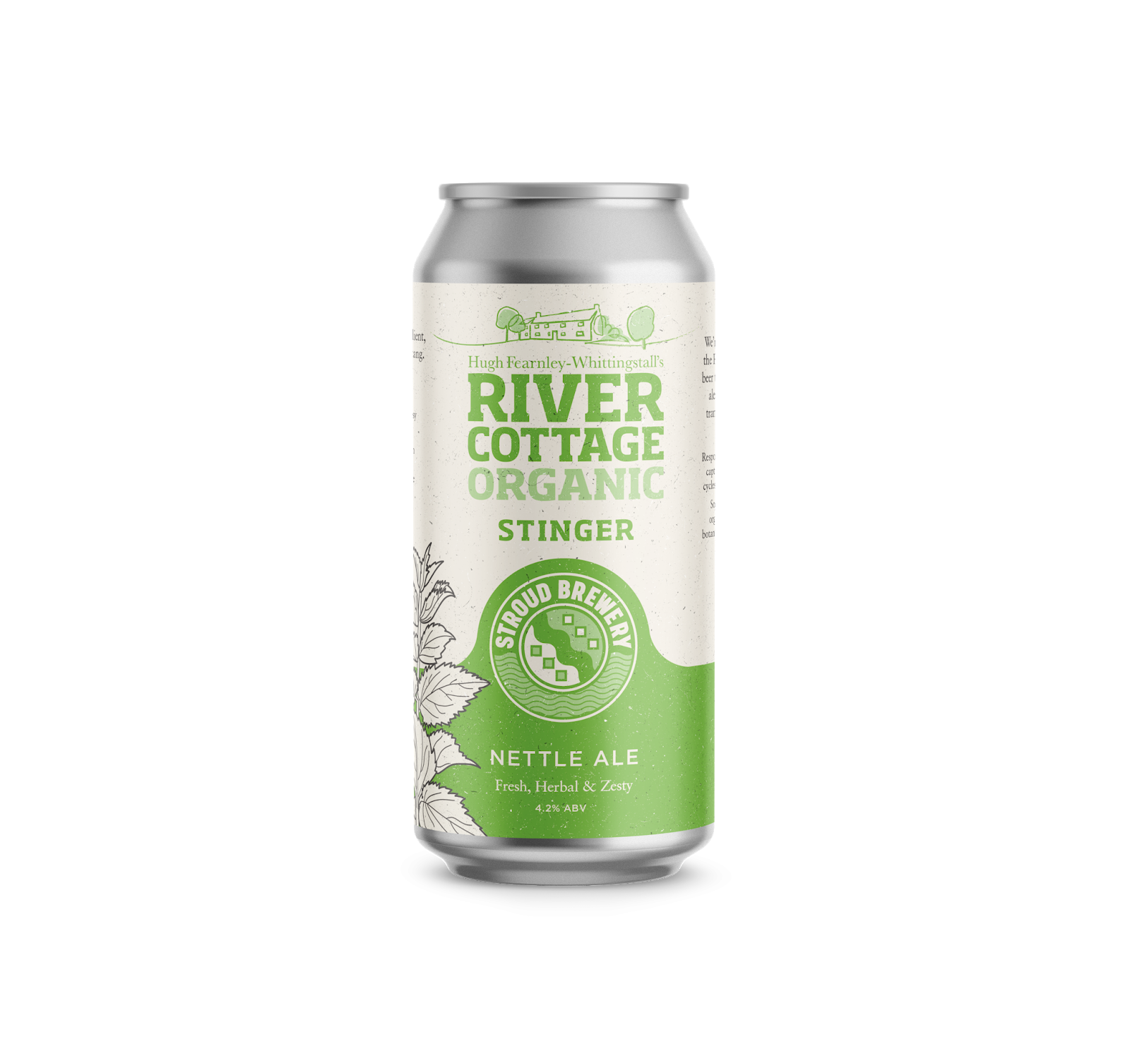 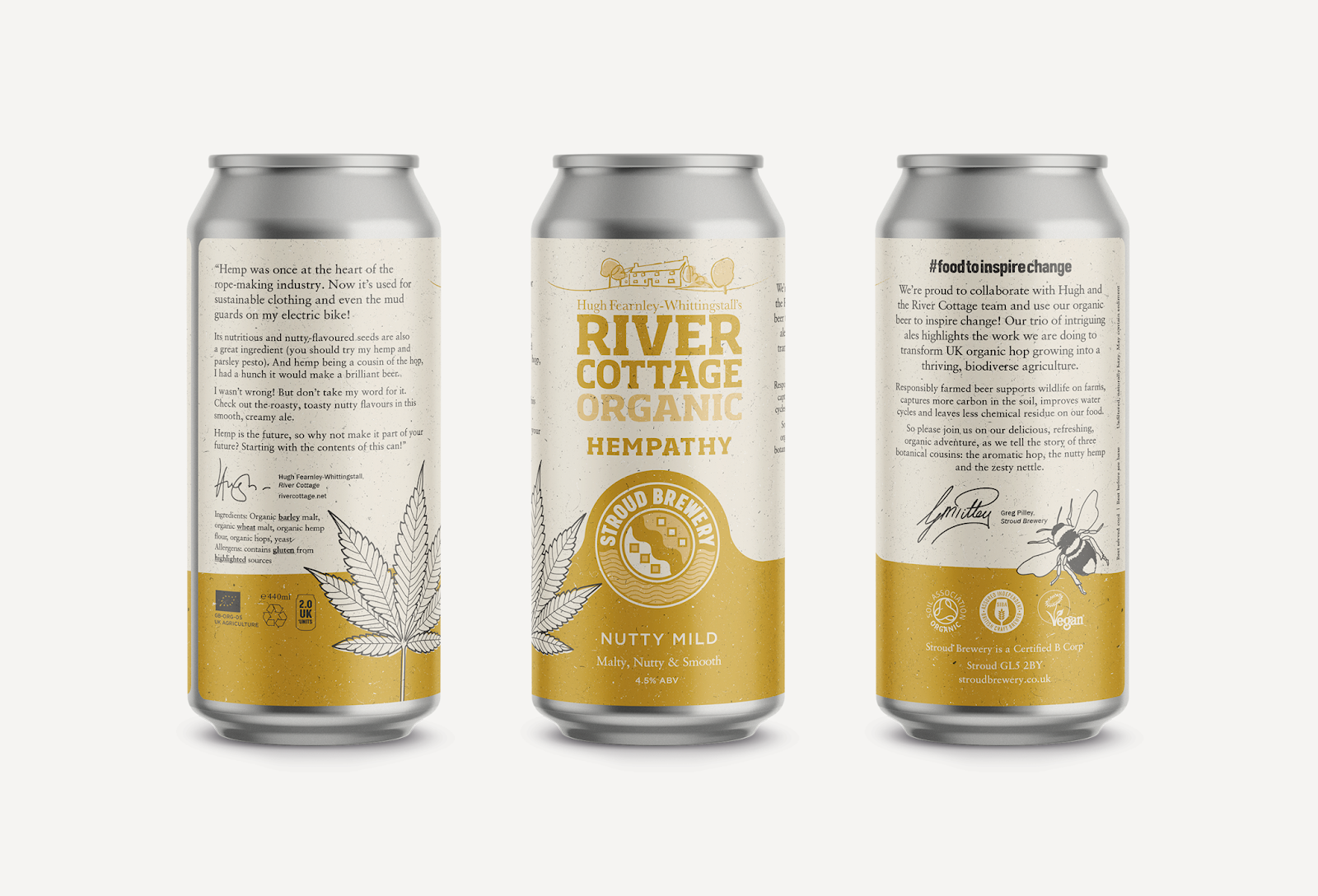 Level encouraged Greg, (Stroud Brewery founder) to invite River Cottage into this conversation and the brewing team got thinking about how a hop theme might play out.

“The flavour concepts the brew team came up with translated brilliantly into a visual and verbal identity firing up the organic hops message” Adam Hinks, creative director at Level mentions. “Collaborations often end up with an awkward struggle between two brand identities resulting in a watered down visual and message. We designed an on-pack system to give equal prominence to the voices of Greg and Hugh, with space to re-enforce the ‘food to inspire change’ message. We’ve delivered a vibrant trilogy of ethical beers with illustrations driving home the importance of pollinators and bio-diversity on UK farms”

“We enjoyed working with Adam and Jenny at Level,” comments Hugh, “they have a keen eye for detail a collaborative attitude and a clear understanding of the environmental issues relating to farming and food production.” 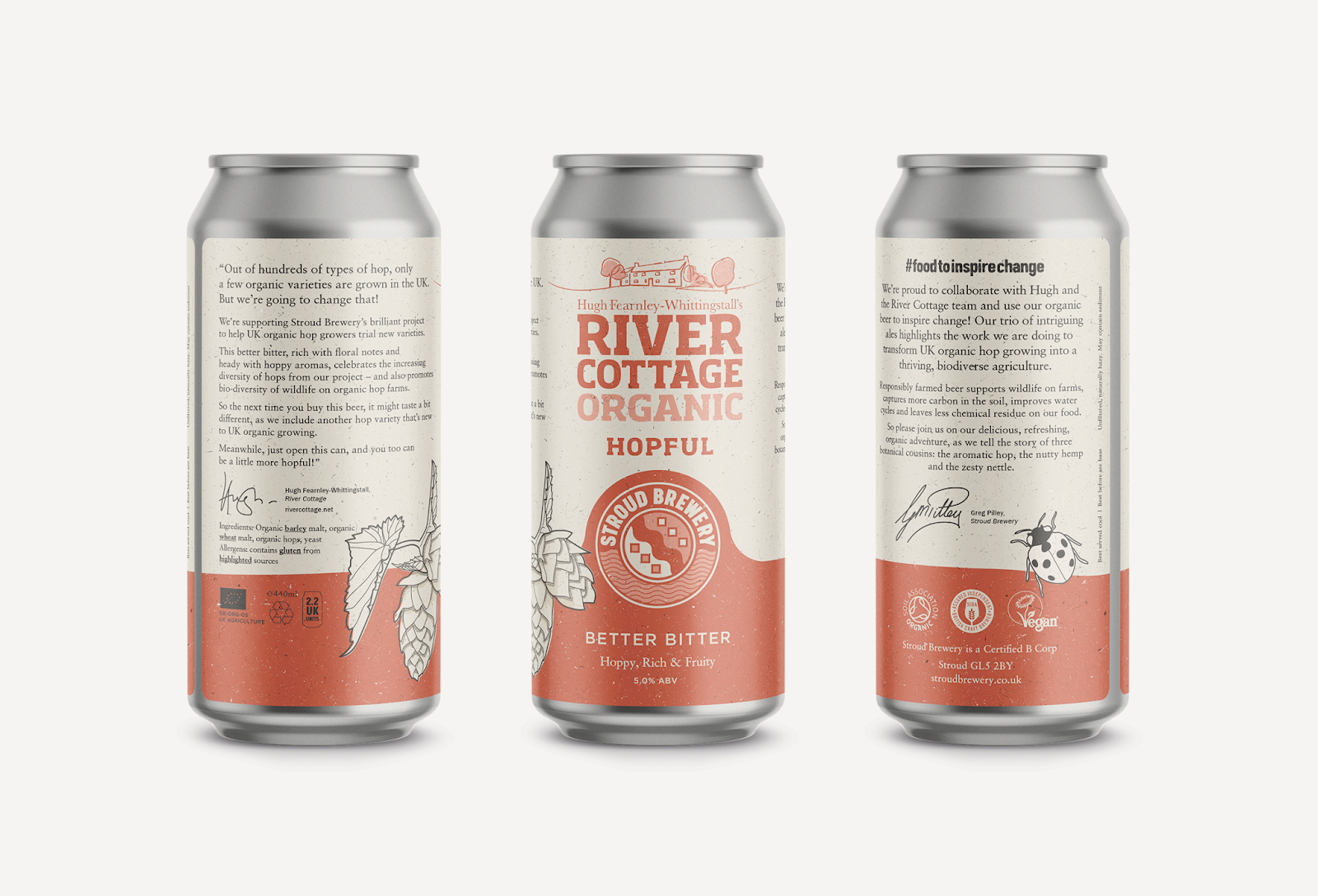 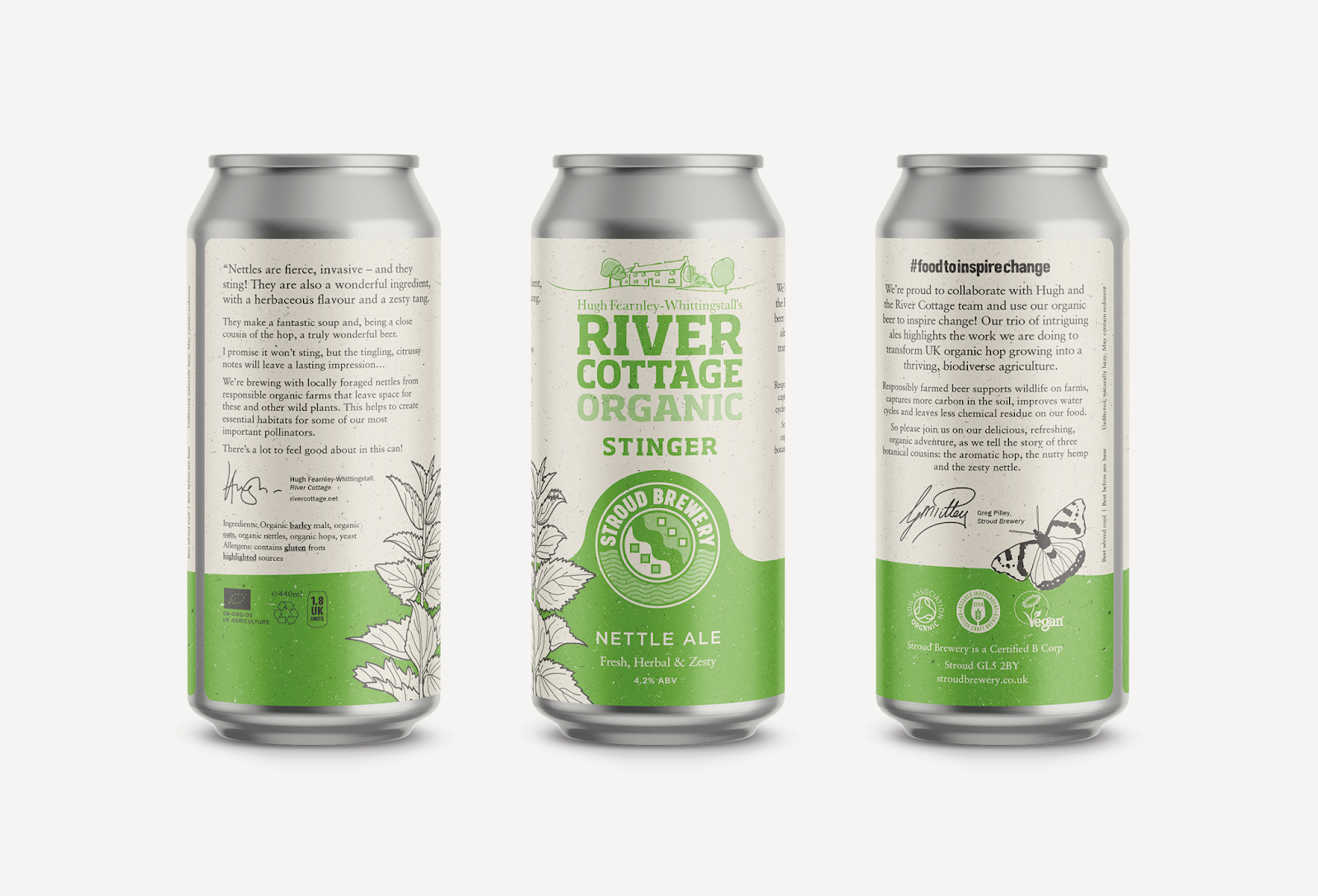 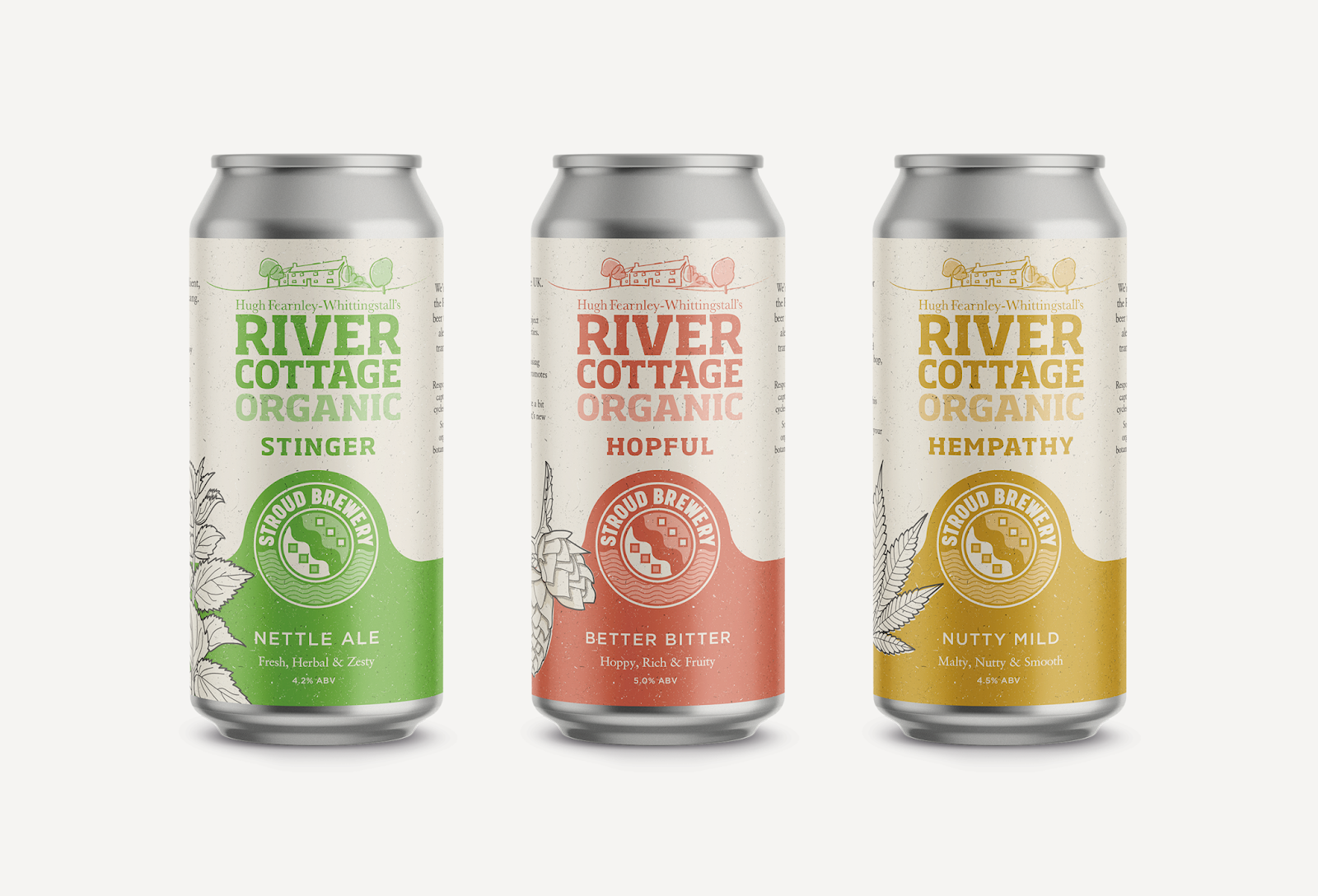