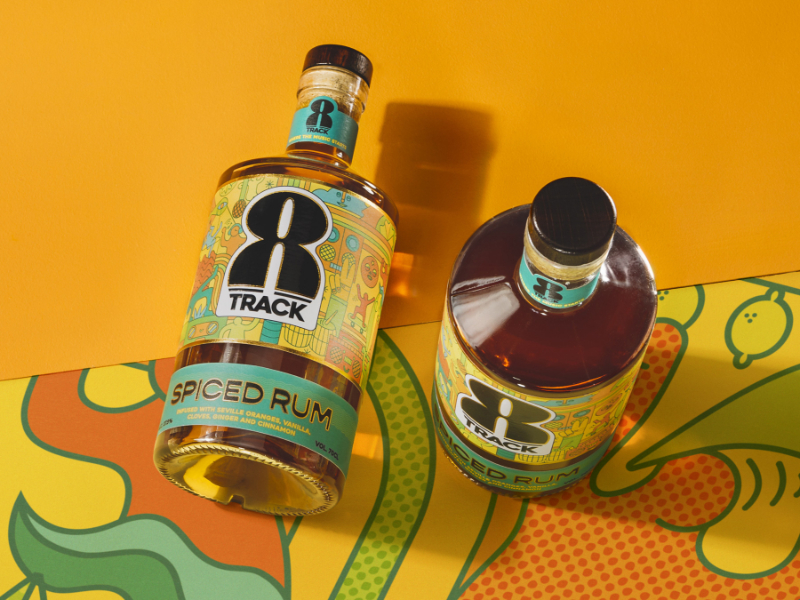 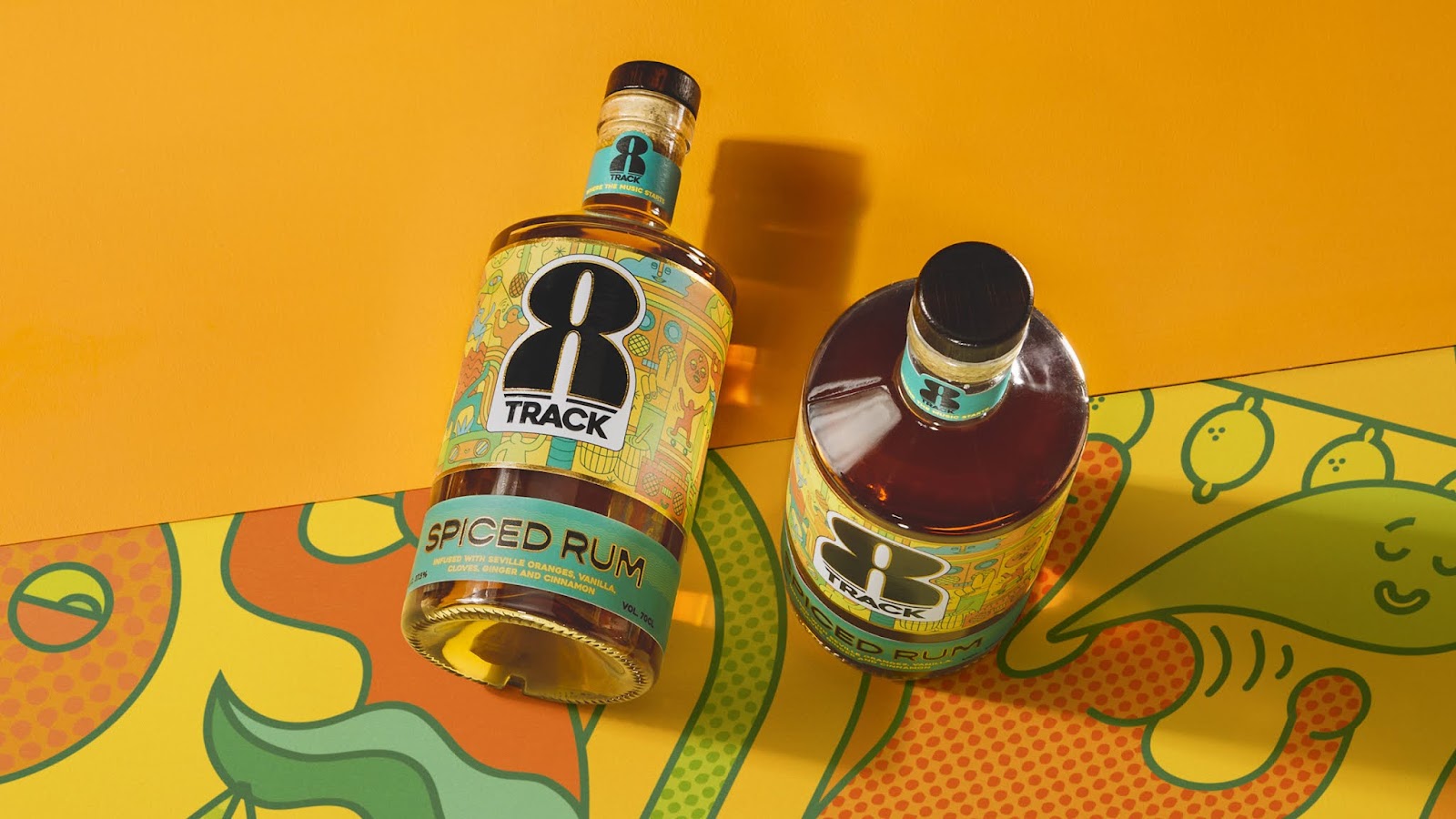 In 2020 8Track founders Matt and Jeremy combined their expertise in business and booze with a love for good music and social events. With independent music at the heart of their story, they went to Kingdom & Sparrow to help build a spiced rum brand that felt as lively and vibrant as the places it would be drunk. In response they created a contemporary identity that engages the imagination of rum and music lovers alike, and truly stands out in the spiced rum category.

To position 8Track as a modern, feel-good brand and communicate its connection to the independent music scene, Kingdom & Sparrow went against the dark and nautical cues more typically found in the spiced rum category. Instead they created a vibrant, expressive and joyful identity with a bold brand name and logo, uplifting messaging and a lively illustration featuring playful references to music, party and flavour. Celebrating and supporting independent music and musicians is a core part of the 8Track identity, but to keep a mass-premium feel they wanted to avoid niching the brand by tying it to a specific genre or theme. With this in mind they focused on creating an identity that simply evokes great times drinking rum with live music and friends!

8Track launched in May 2021 and is already behind the bar in pubs and live music venues across the country, including Camden’s legendary pub The Hawley Arms, and they were the main sponsor for The Rock Oyster Festival in Cornwall. 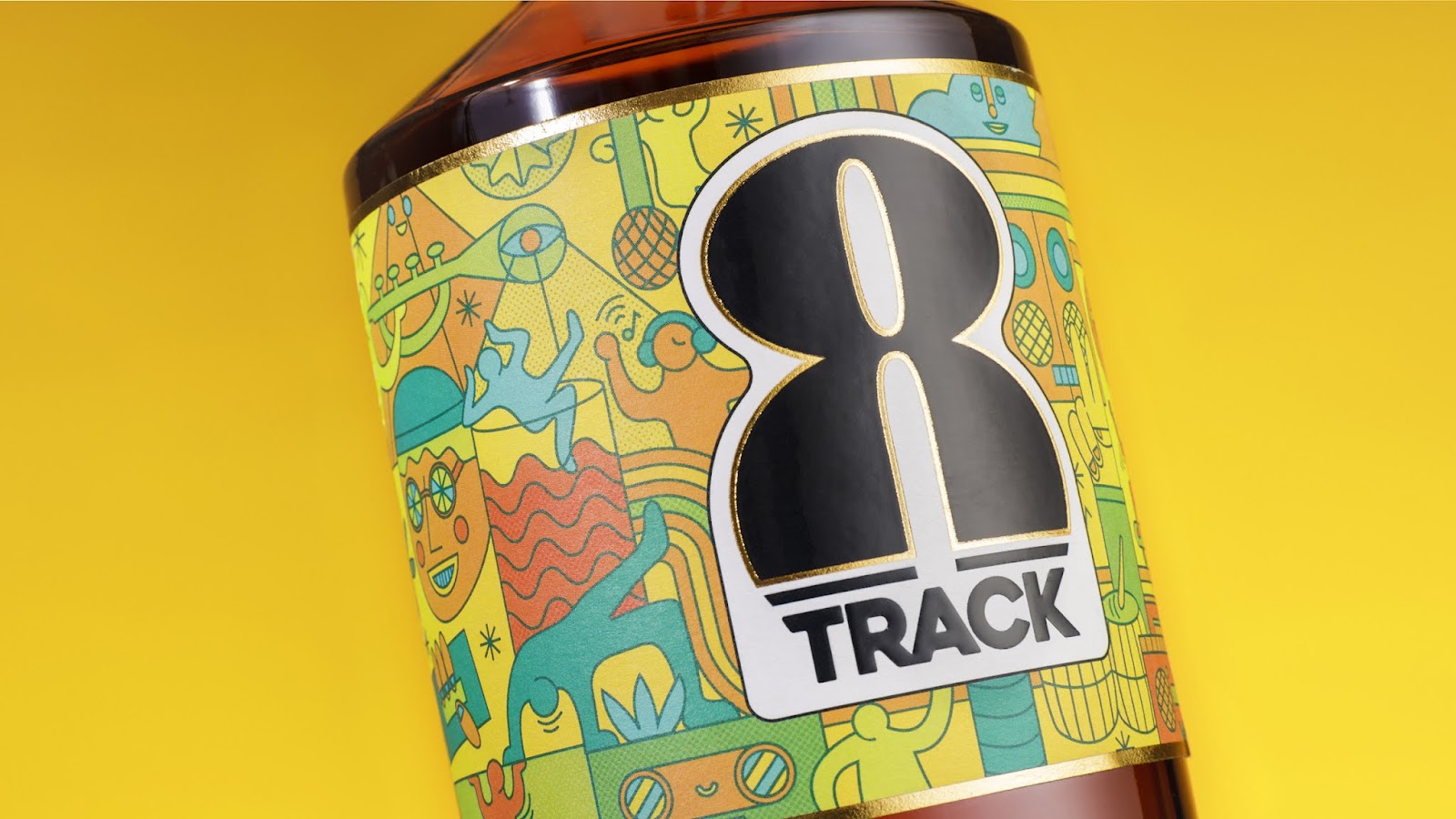 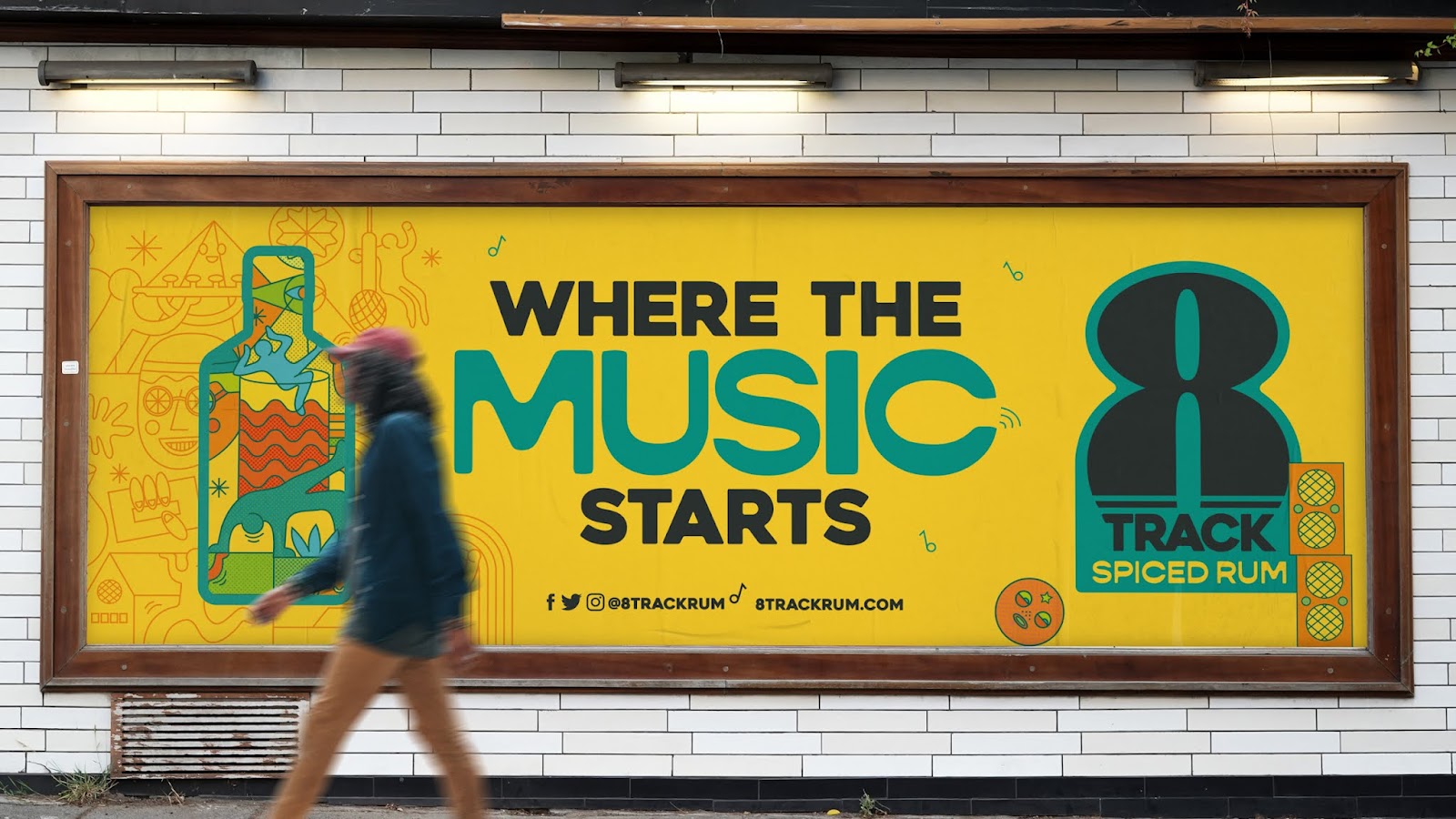 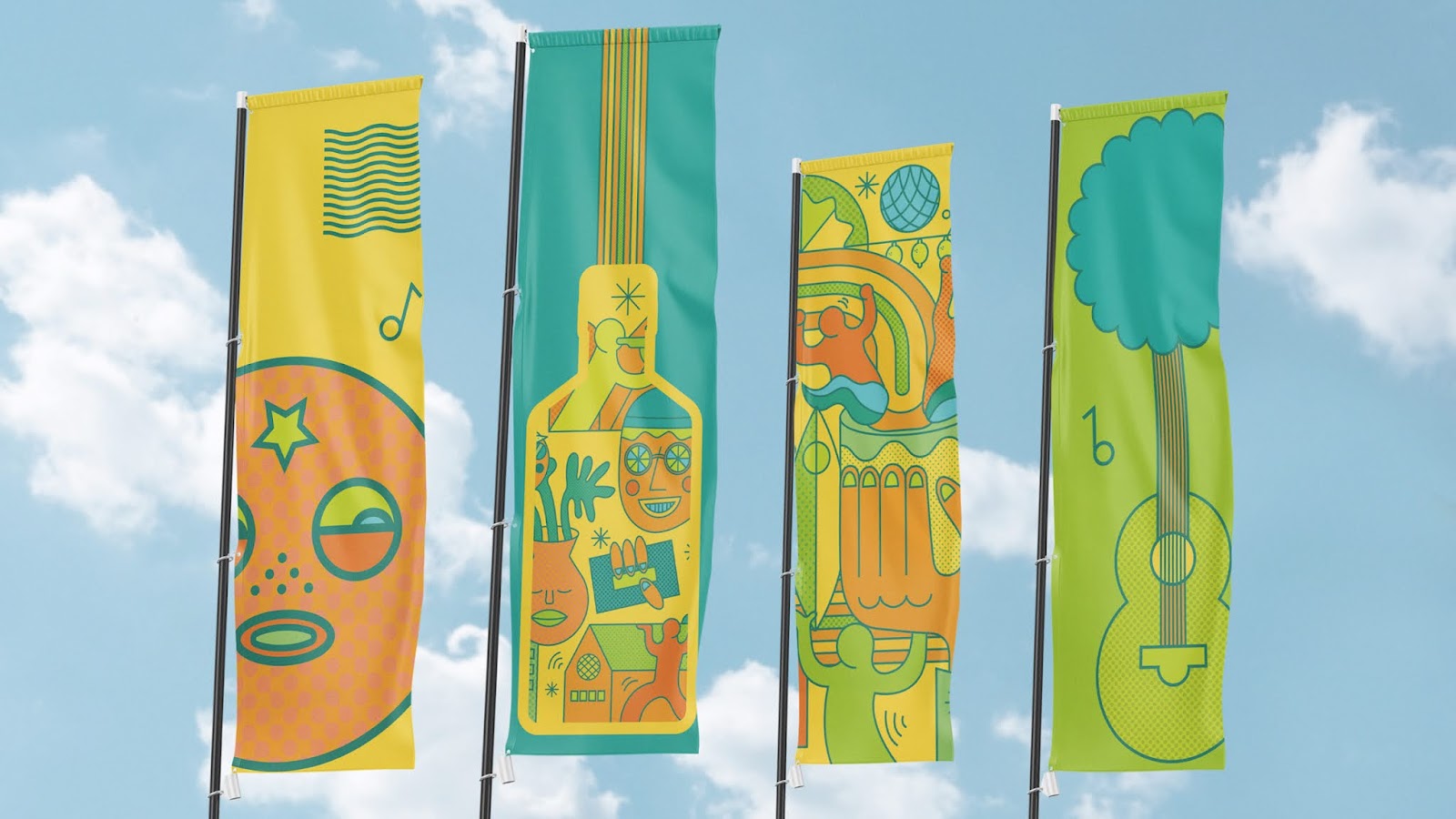 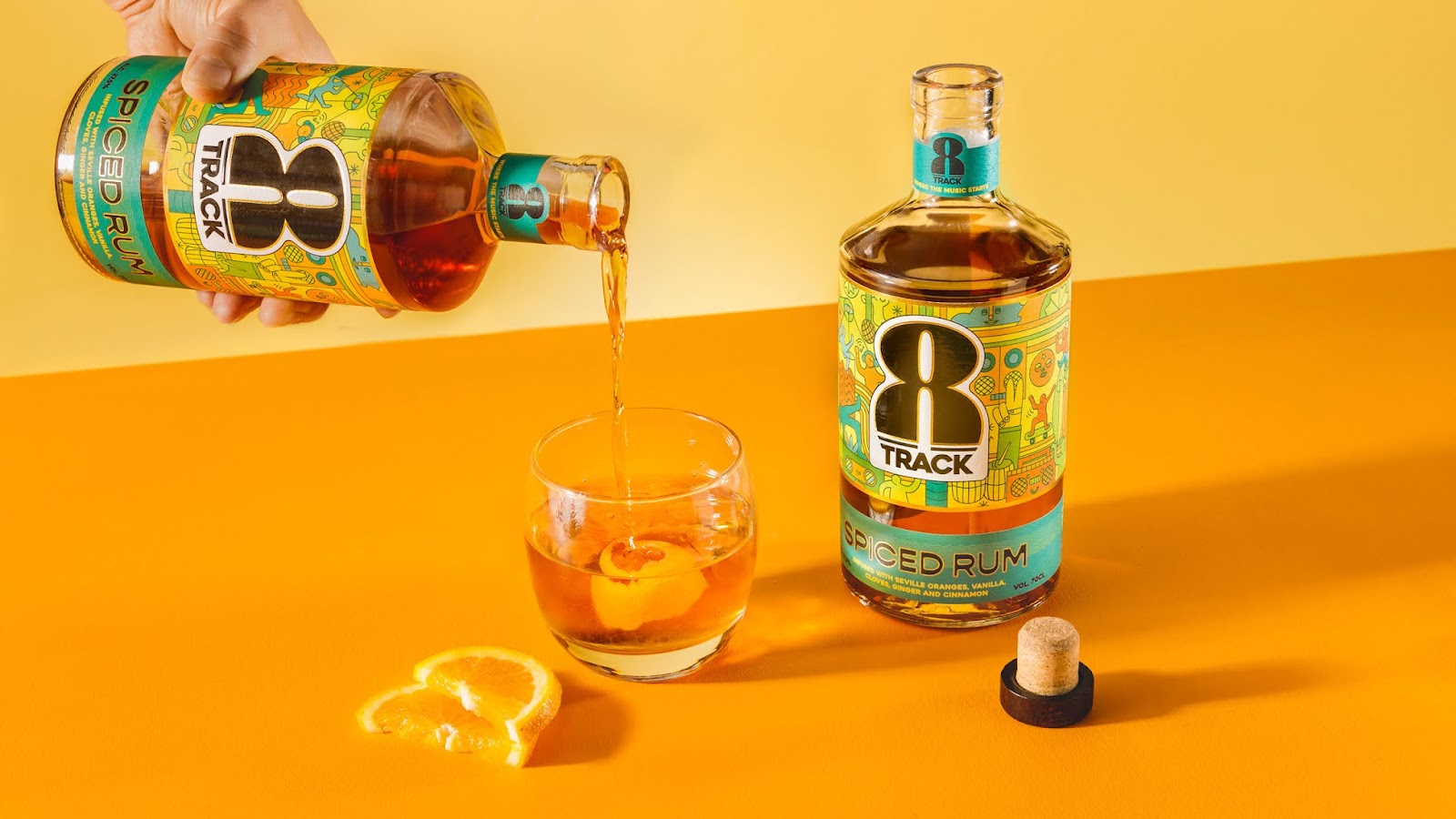 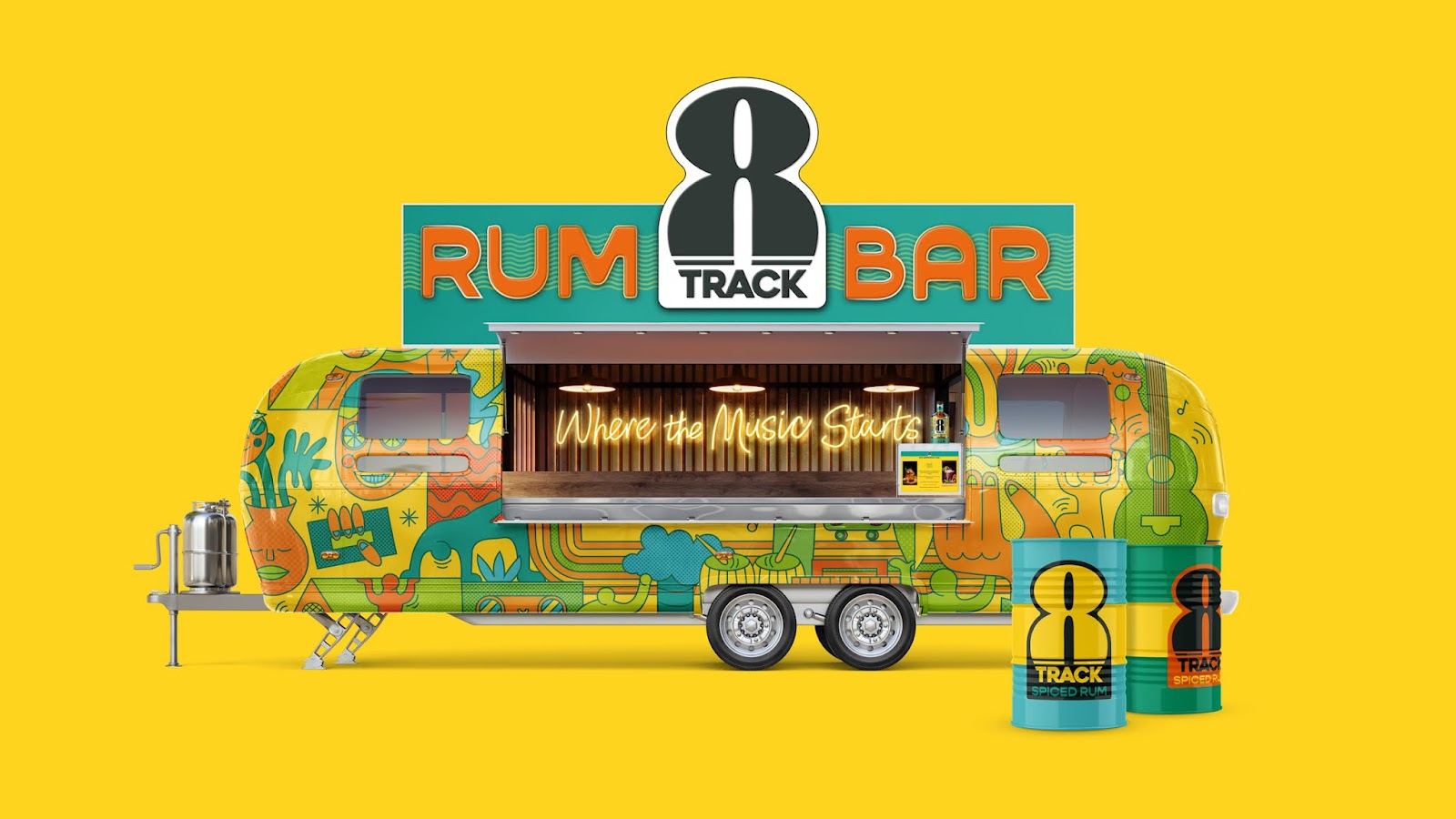 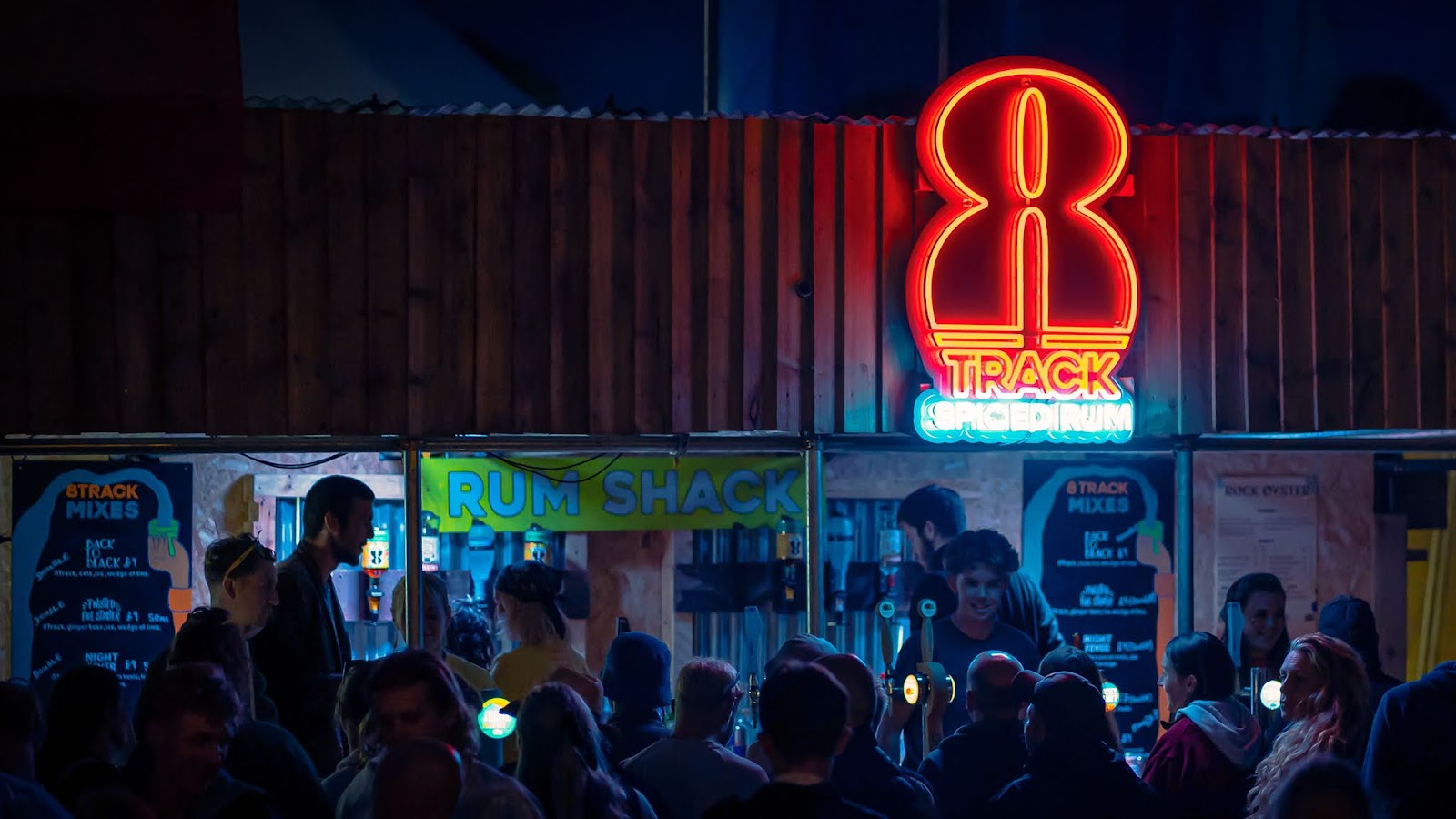 Family (and friends)
11 hours ago