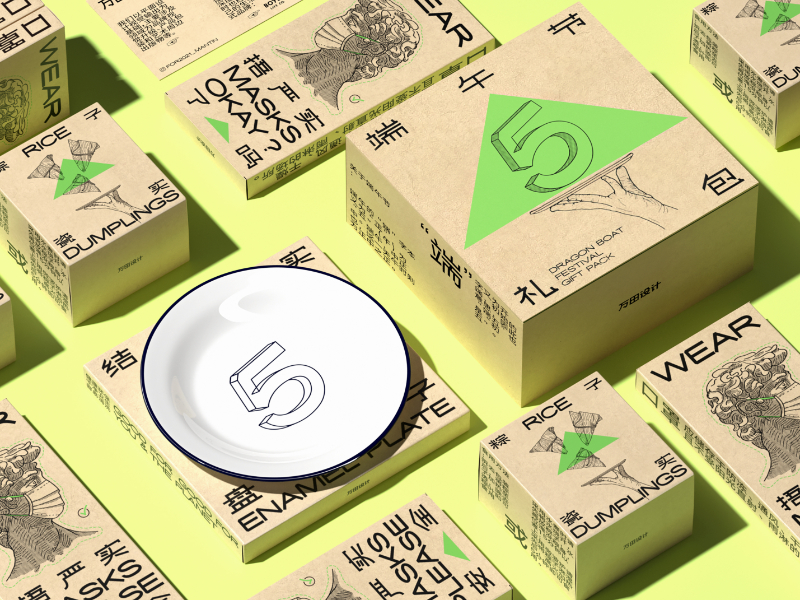 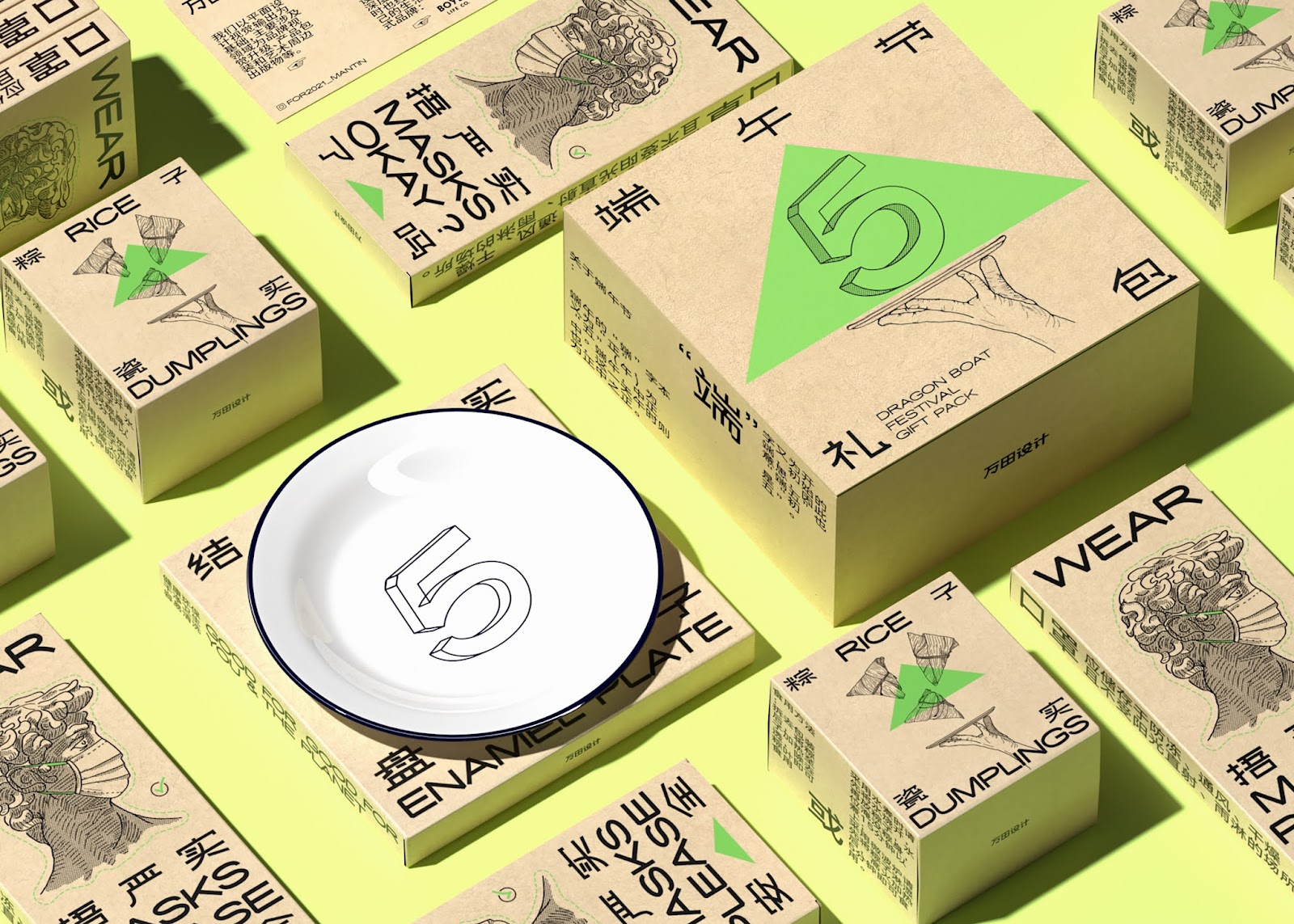 Different from the colorful presentation of gift boxes in daily life, we were trying to think about how to balance the simplicity and modernity on this gift box with traditional festival atmosphere. The Chinese word “DUAN” means holding something, and the word “WU” means number five, so we drew a hand holding a plate with a number five floating on it in line and half-tone monochrome illustration, which could directly means “DUAN WU”. We follow the visual logic and clue, and complete the rest of this gift pack’s typography design and more illustrations for the stuff inside. And the echo of this gift pack shows on the plate printed with a number five on it, which was placed on the bottom of the gift pack. When it is taken out, it may make people smile in heart. 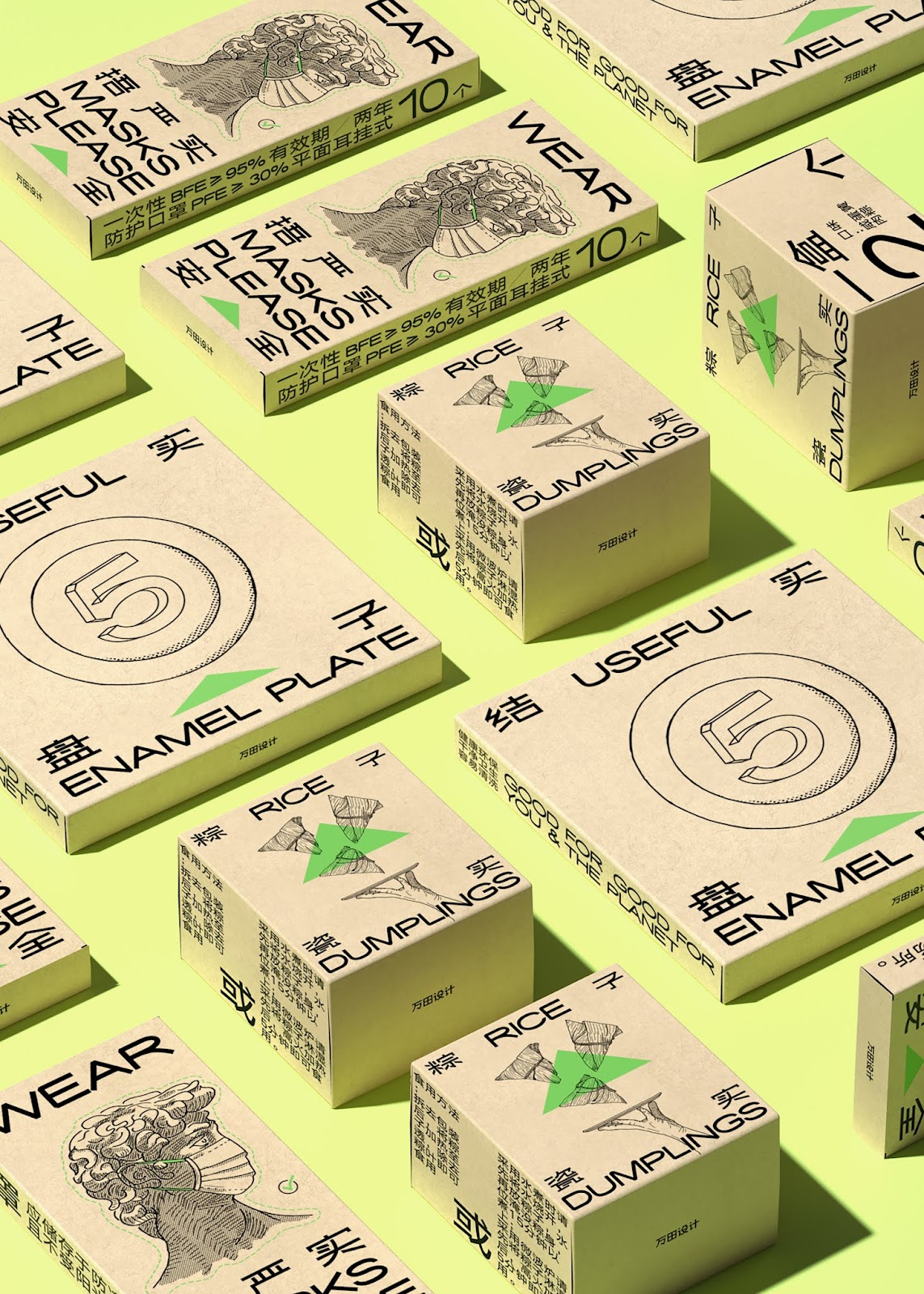 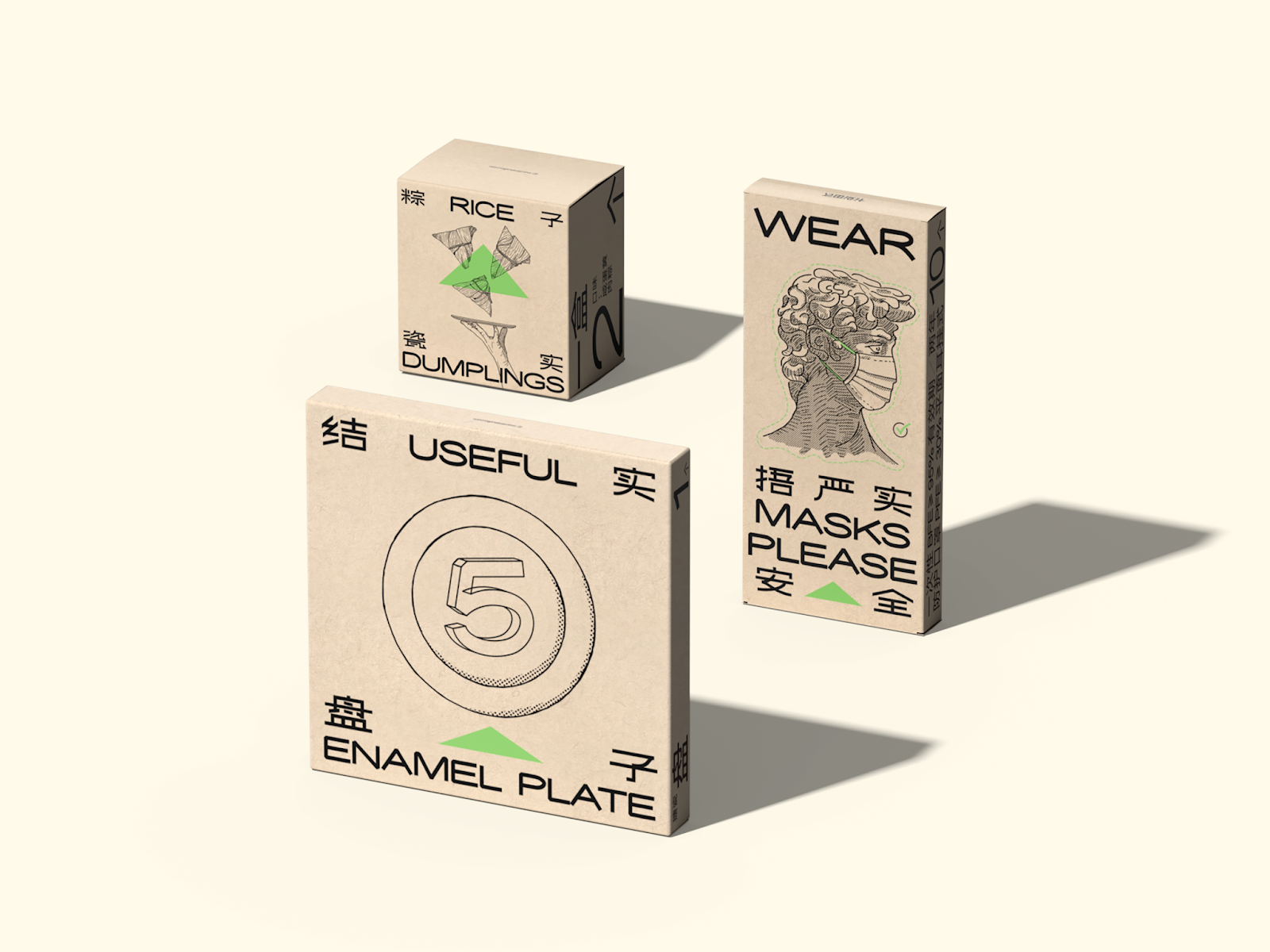 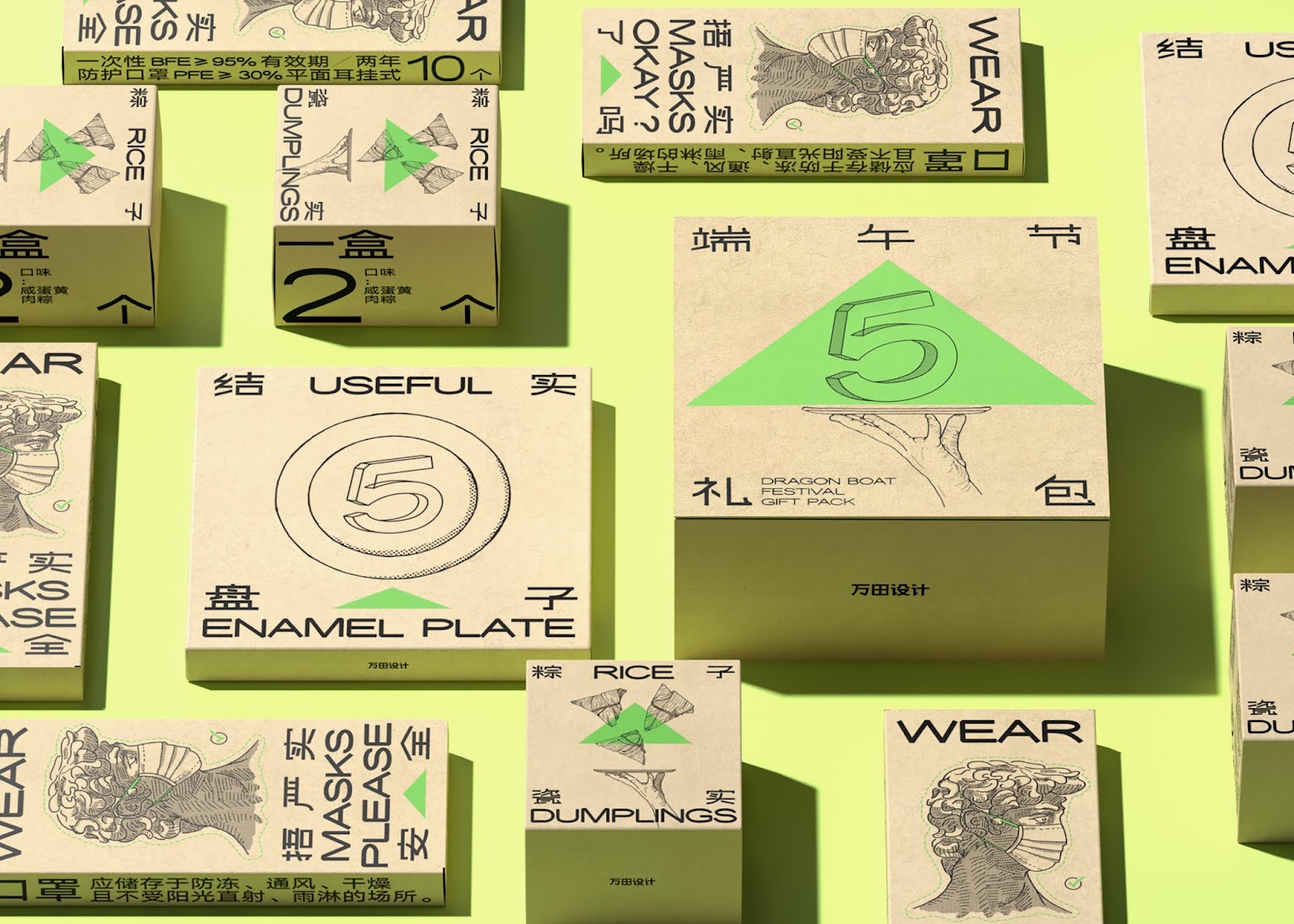 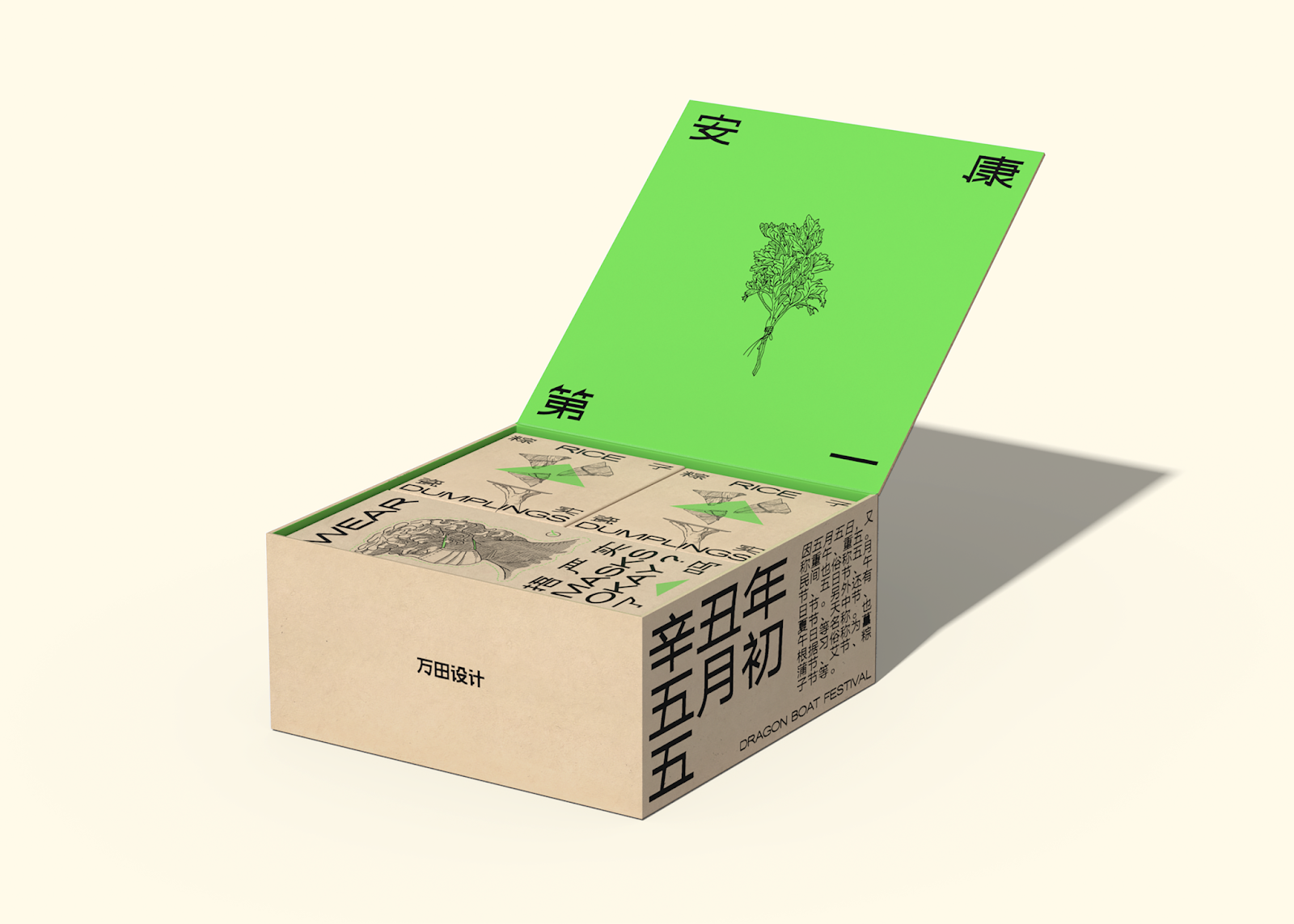 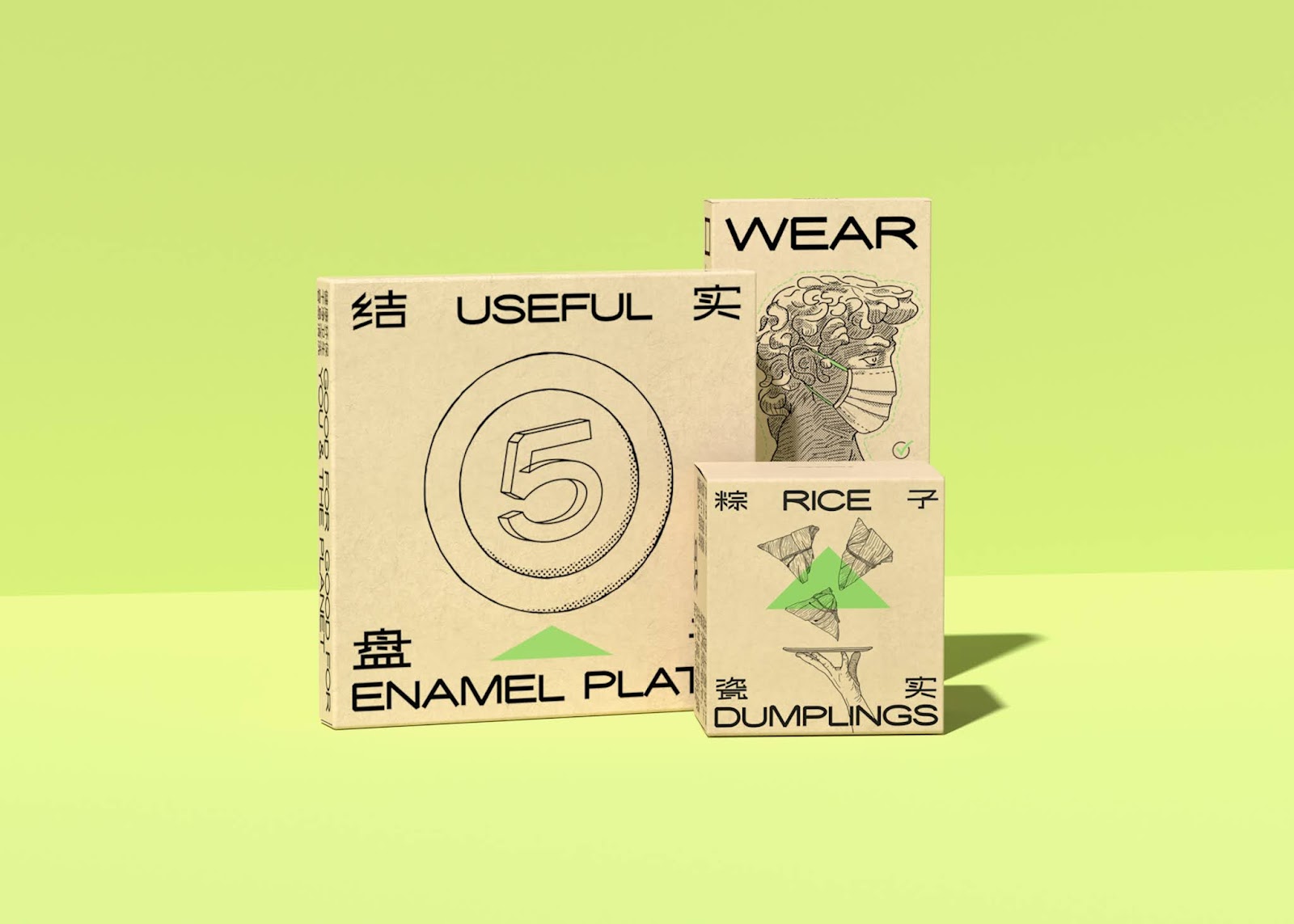 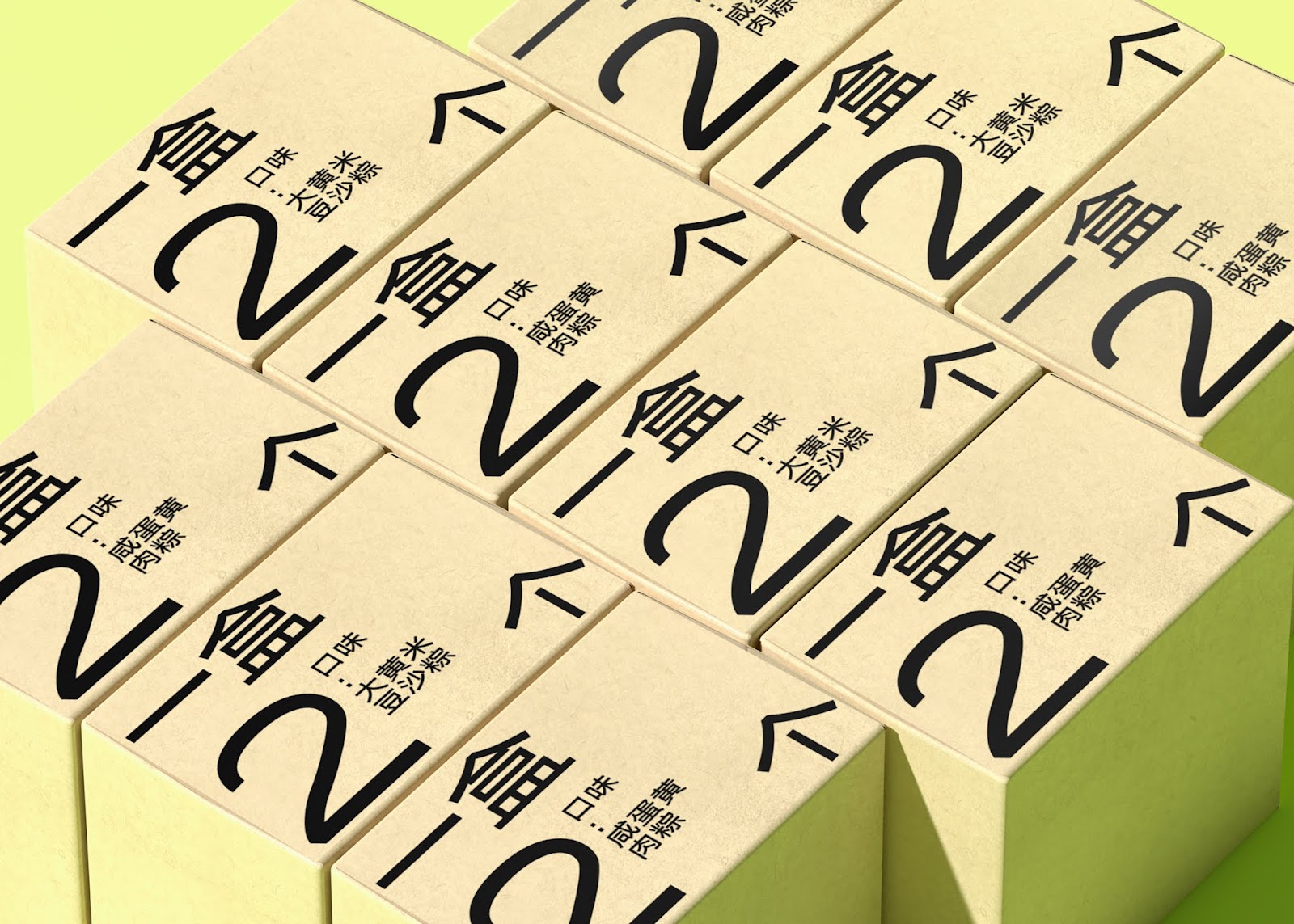 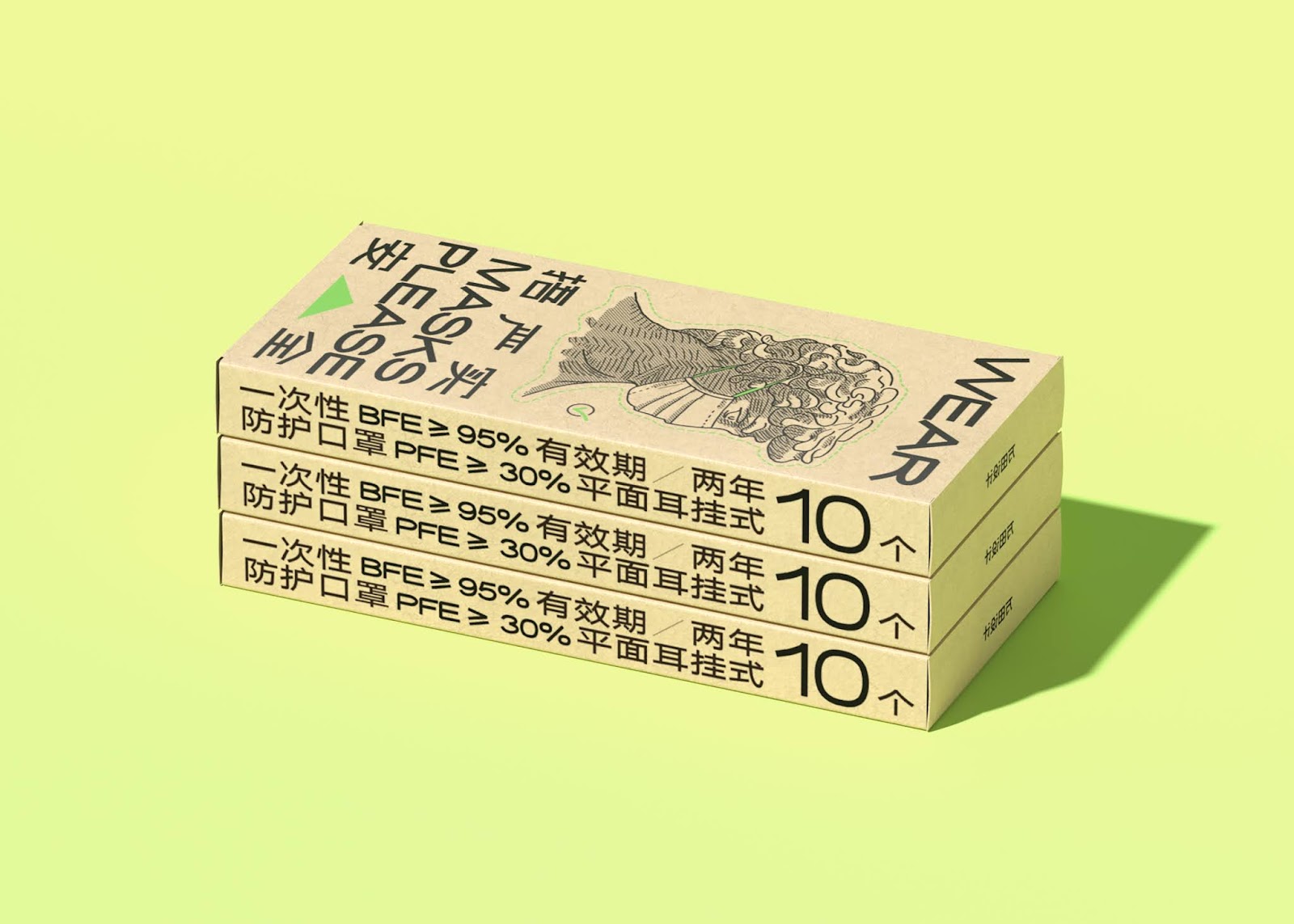 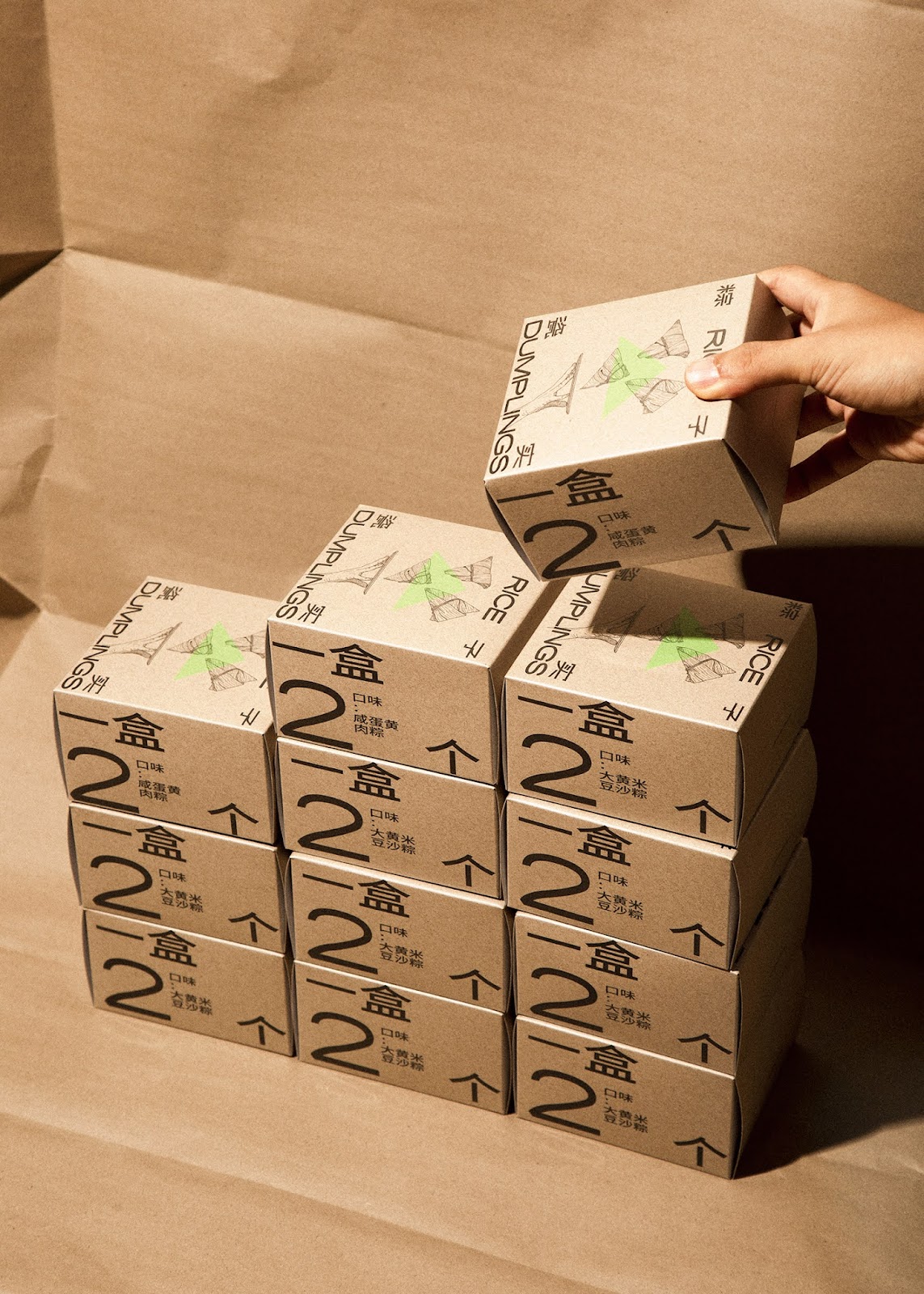 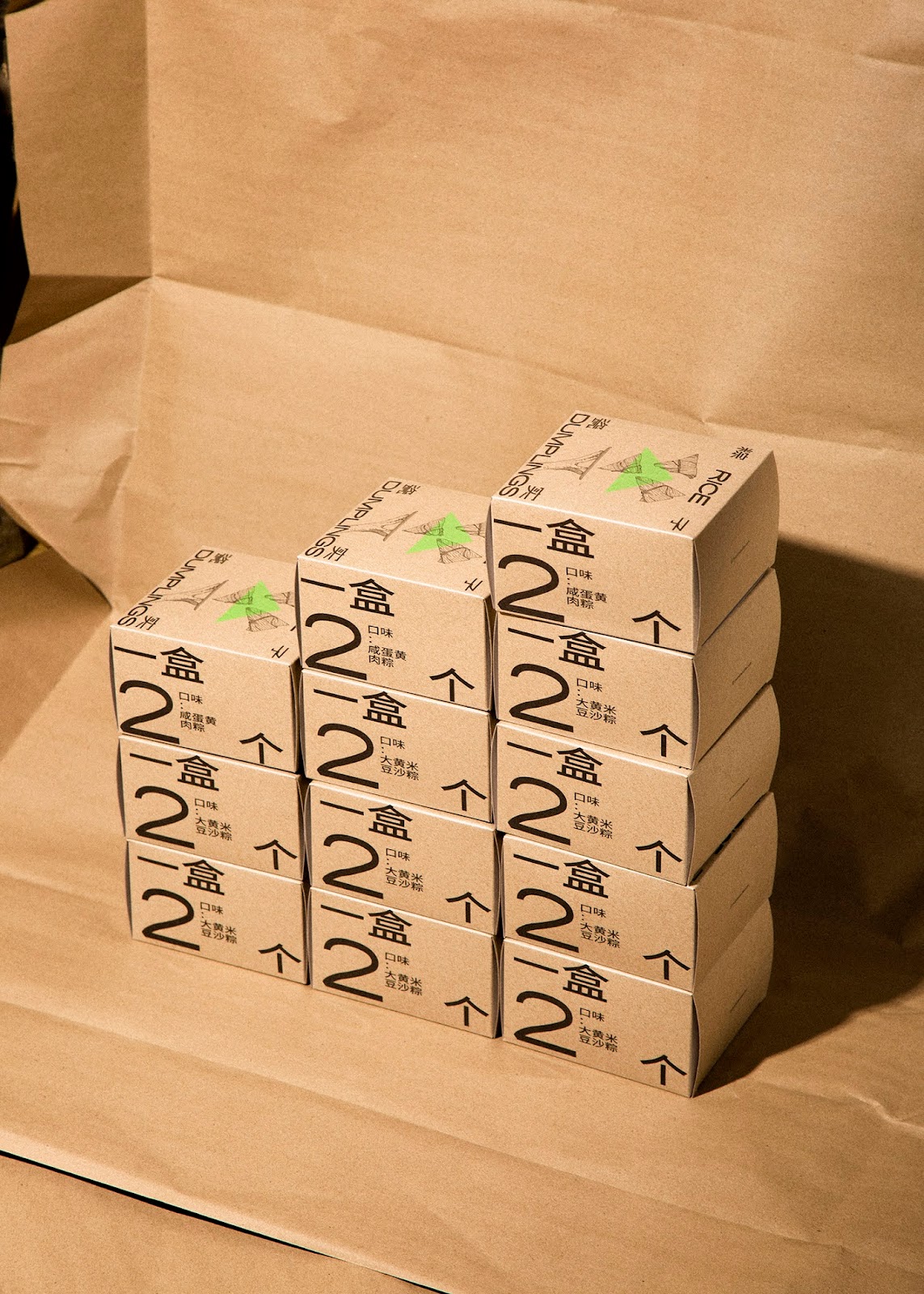 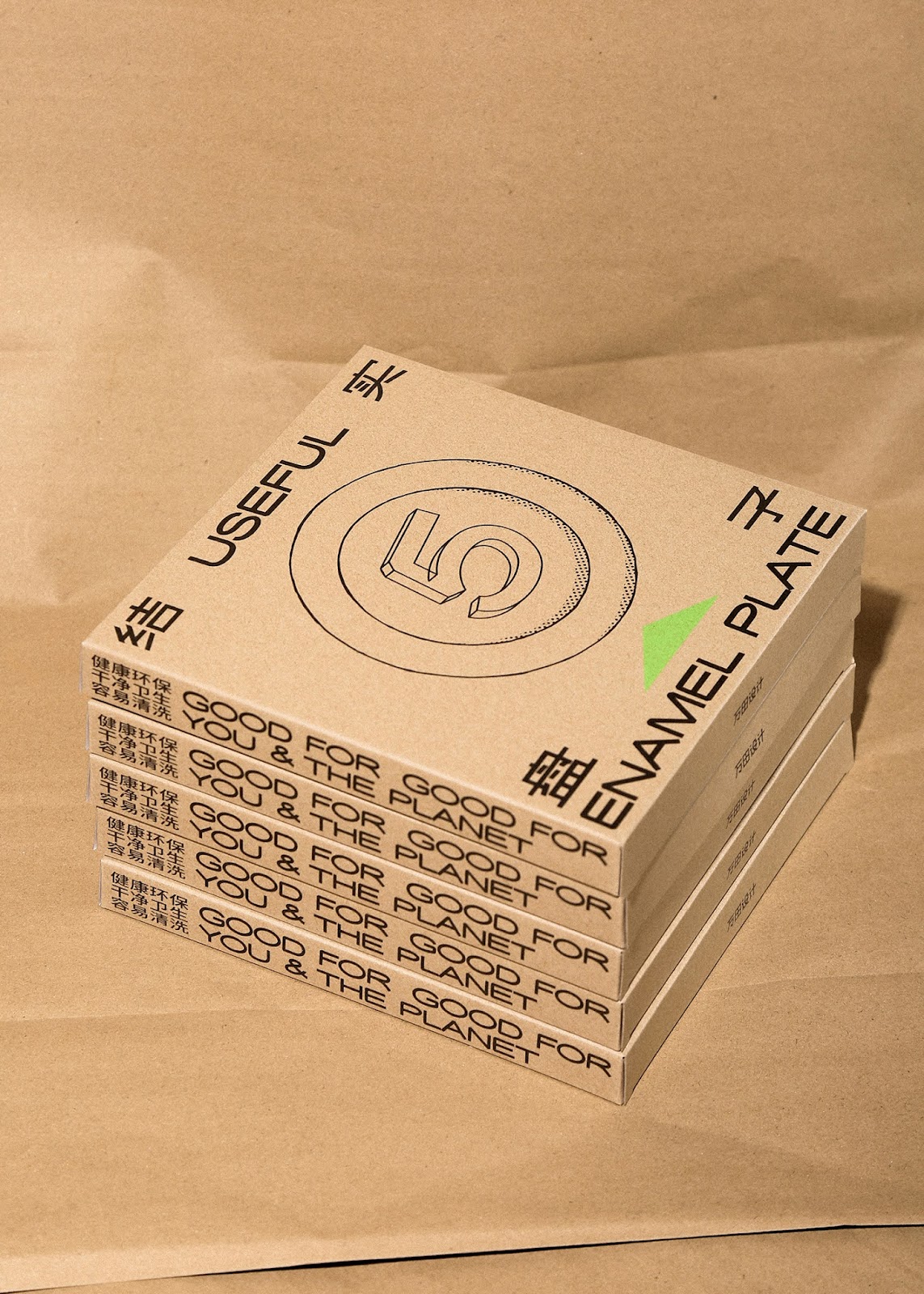 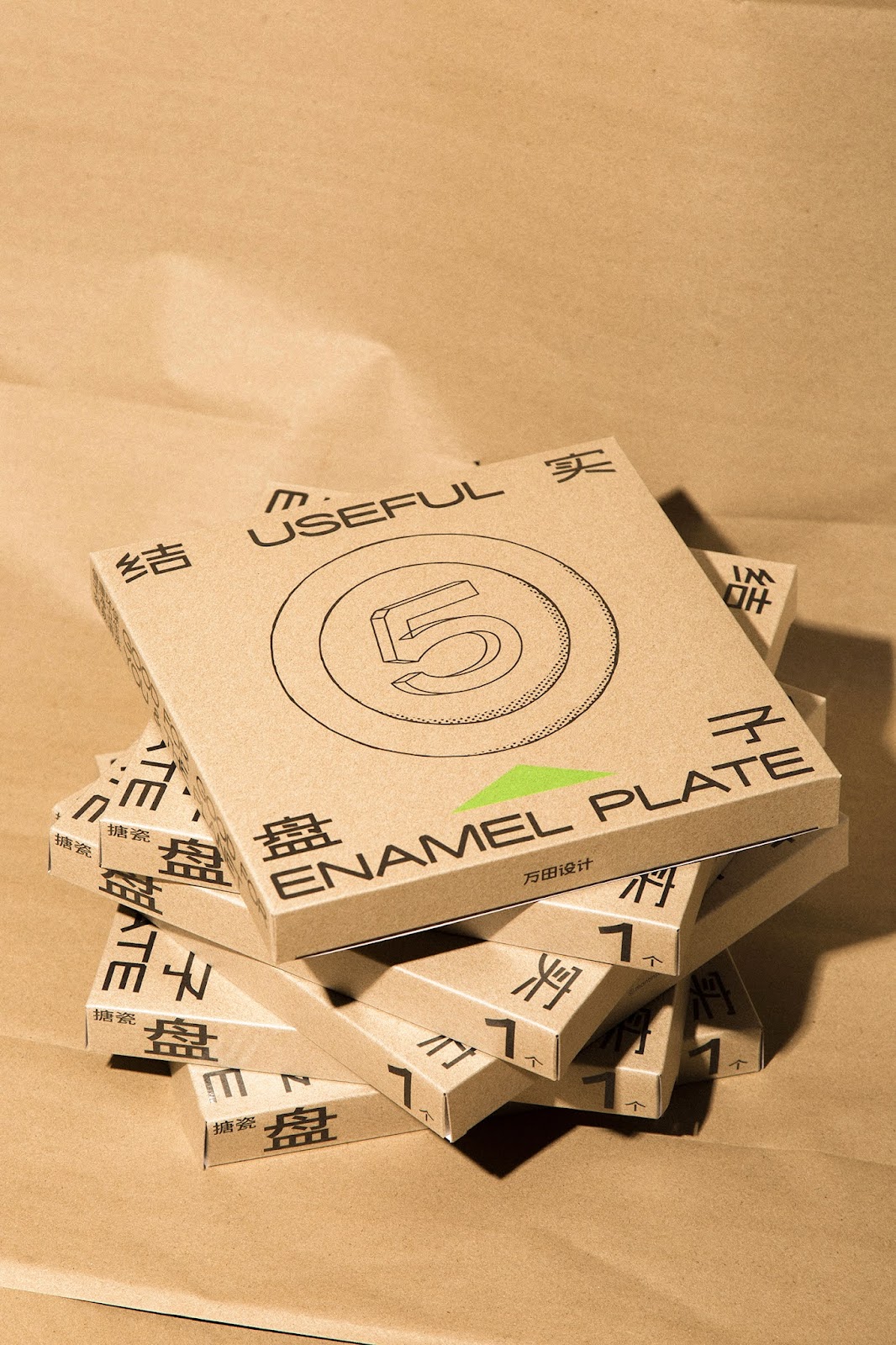 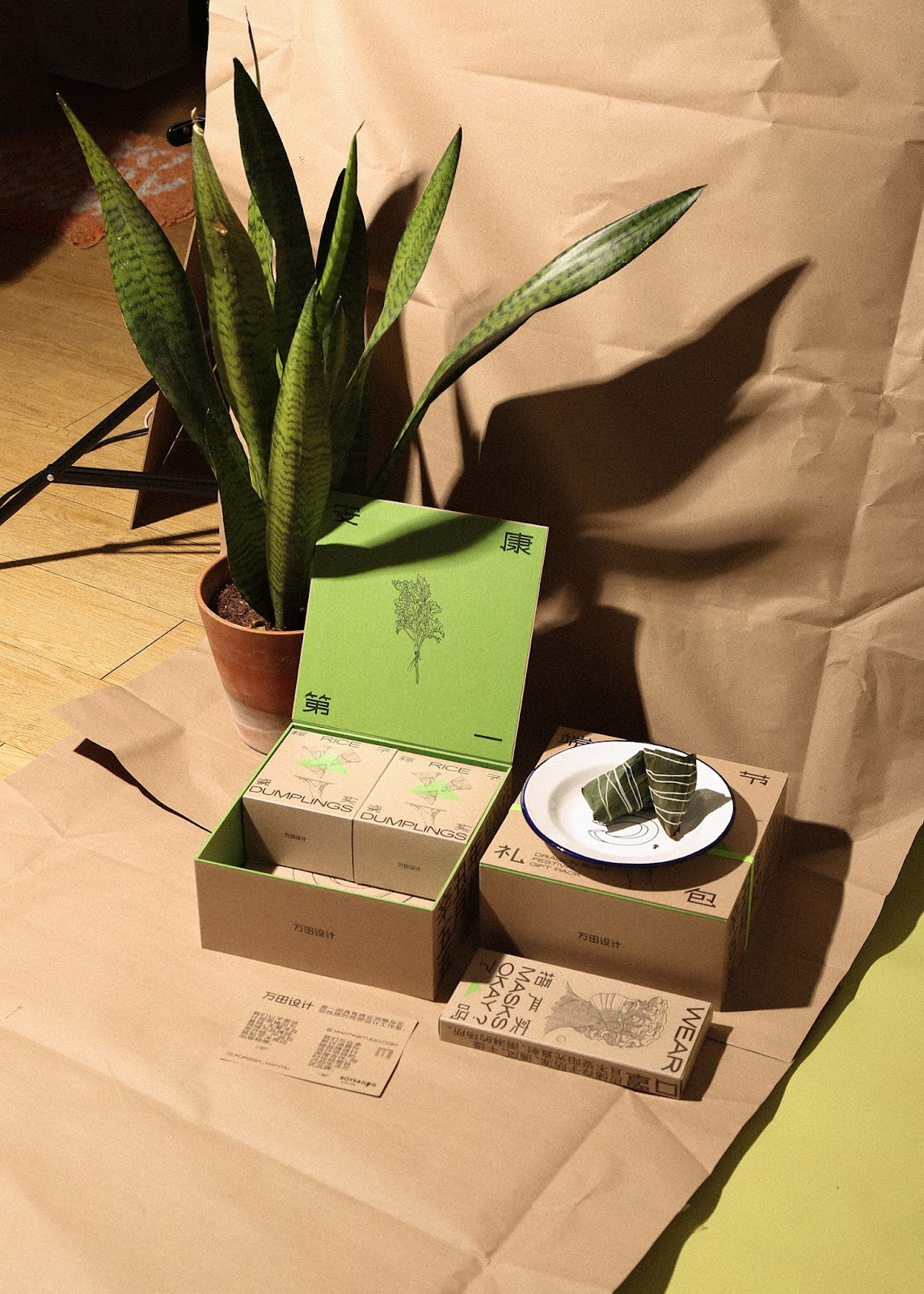