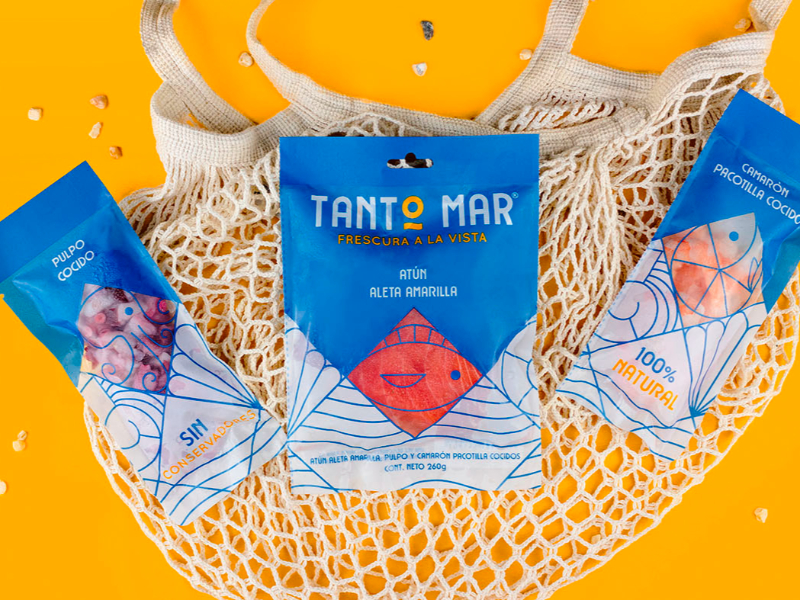 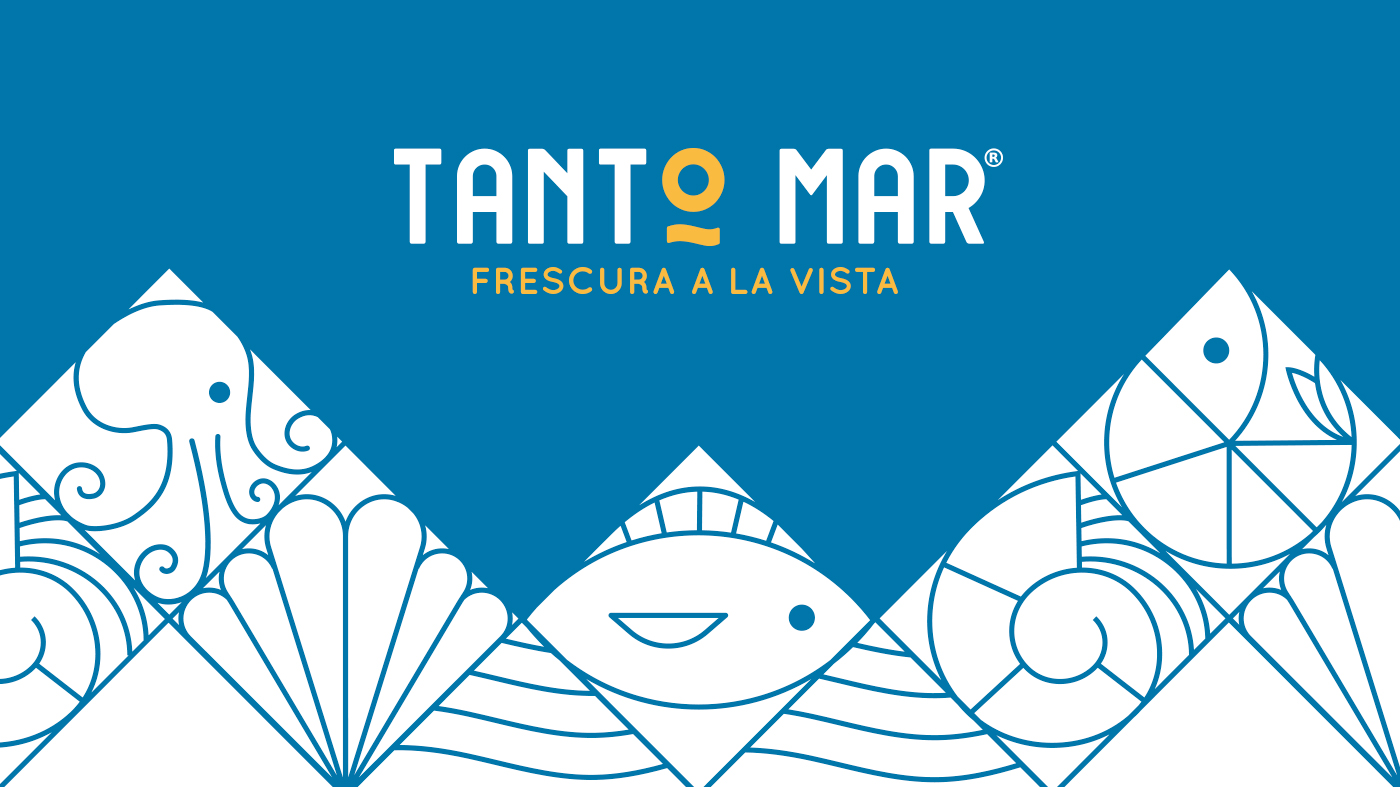 Tanto Mar was born as a new face of a Mexican family business, which was on the market from the beginnings of La Viga, one of the largest fish and seafood markets in Latin America, famous in Mexico for the quality, variety and good price of local products. sea.

Today, the third generation of this family business, wanted to give it a new name and a new face and reach a new generation of Mexican families. So they looked for us.

This is how Tanto Mar was born.

THE IDEA
The design was based on a market research, which analyzed the behavior of Mexican consumers and their preference over certain fish and shellfish. This gave us a combination of the favorite products for Mexican consumers, as well as the preferred packaging type and desirable attributes for the new brand. With all this information, we began the integral creation of the new brand: Tanto Mar.

THE NAME
In developing the brand name, we sought to clearly refer to seafood, in a way it sounds fresh and approachable. The name should not restrict the brand to its first product launch, but allow it to expand its offer in the future.

LOGO CONCEPT
The logo had to be simple and easy to understand, however we wanted to represent the sun and the sea in some way, at least abstractly. Thus we create the special touch in the O, as an abstraction of the sun on the horizon and the sea below.

As part of the brand’s identity we developed a texture, based on mosaics with illustrations that represent animals and marine figures.

PACKAGING DESIGN
The packaging is not only developed at the graphic level, complying with the Mexican labeling regulations (NOM-051), but is also developed at a structural level with a flexible container.

It is a totally new packaging format, developed especially for the brand and its products, according to the insights about the reality of consumption by Mexican families, which indicates the way fish and shellfish are sold and consumed.

As part of the integral development of the brand, in addition to the name, brand identity and packaging, we develop the brand’s website, thereby complementing the identity of a nascent brand, but with the support and experience of a Mexican company of yesteryear, which seeks to look to the future. 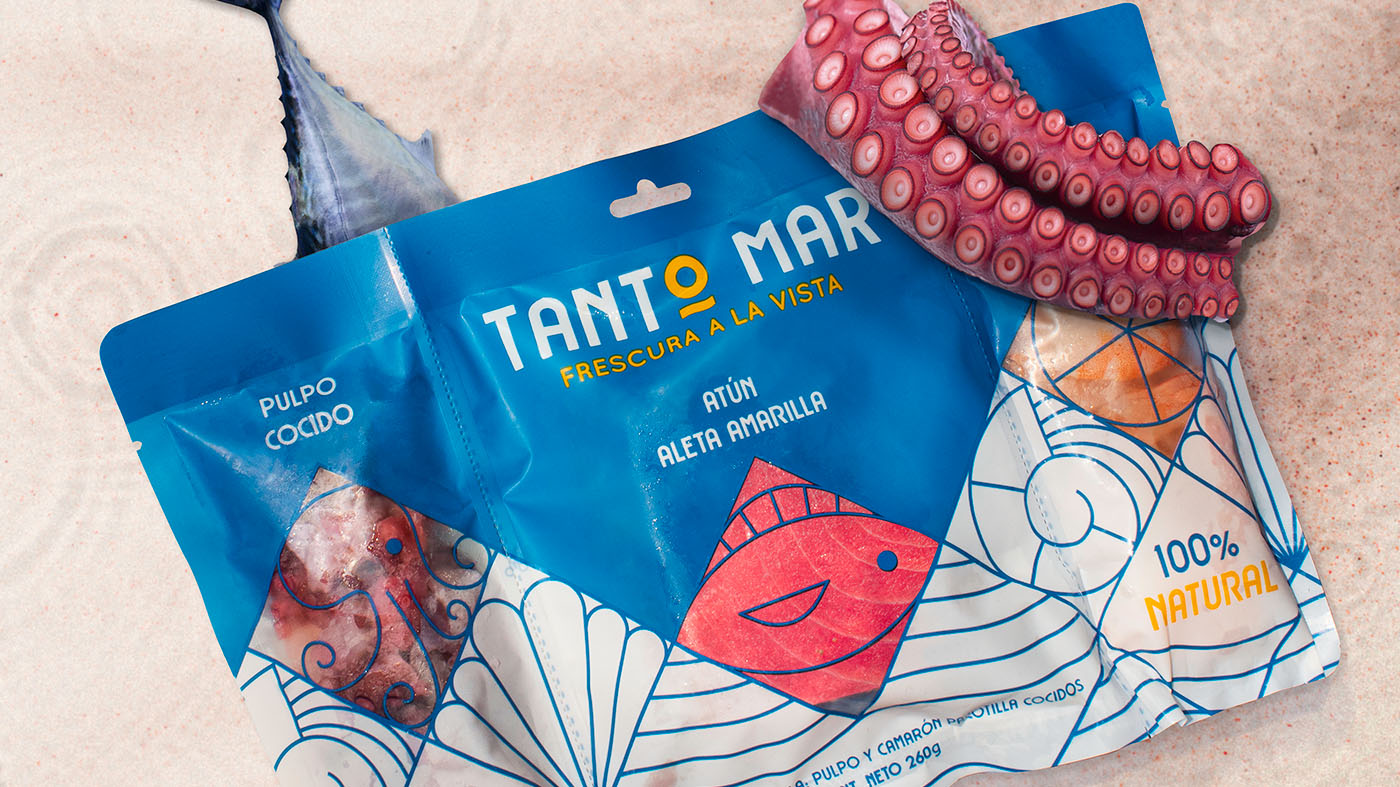 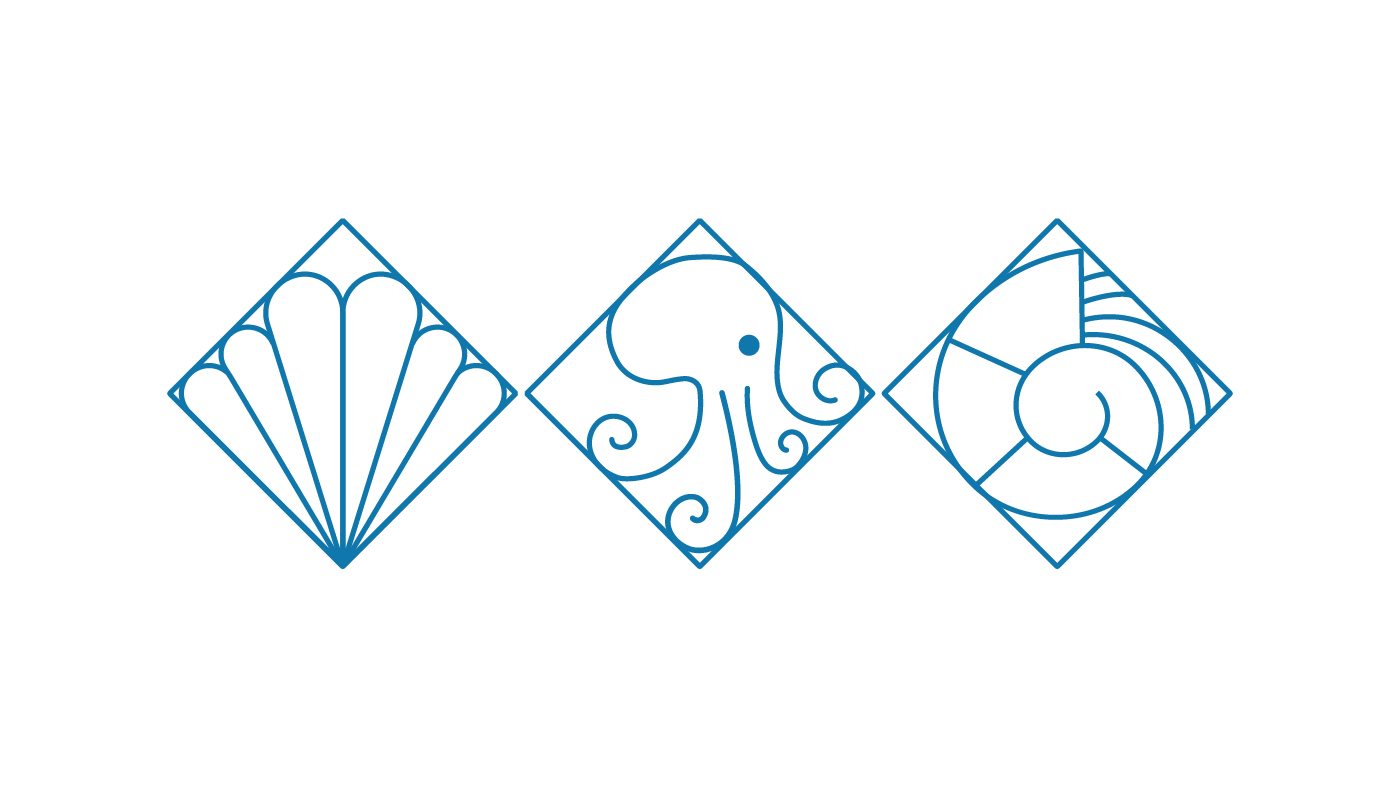 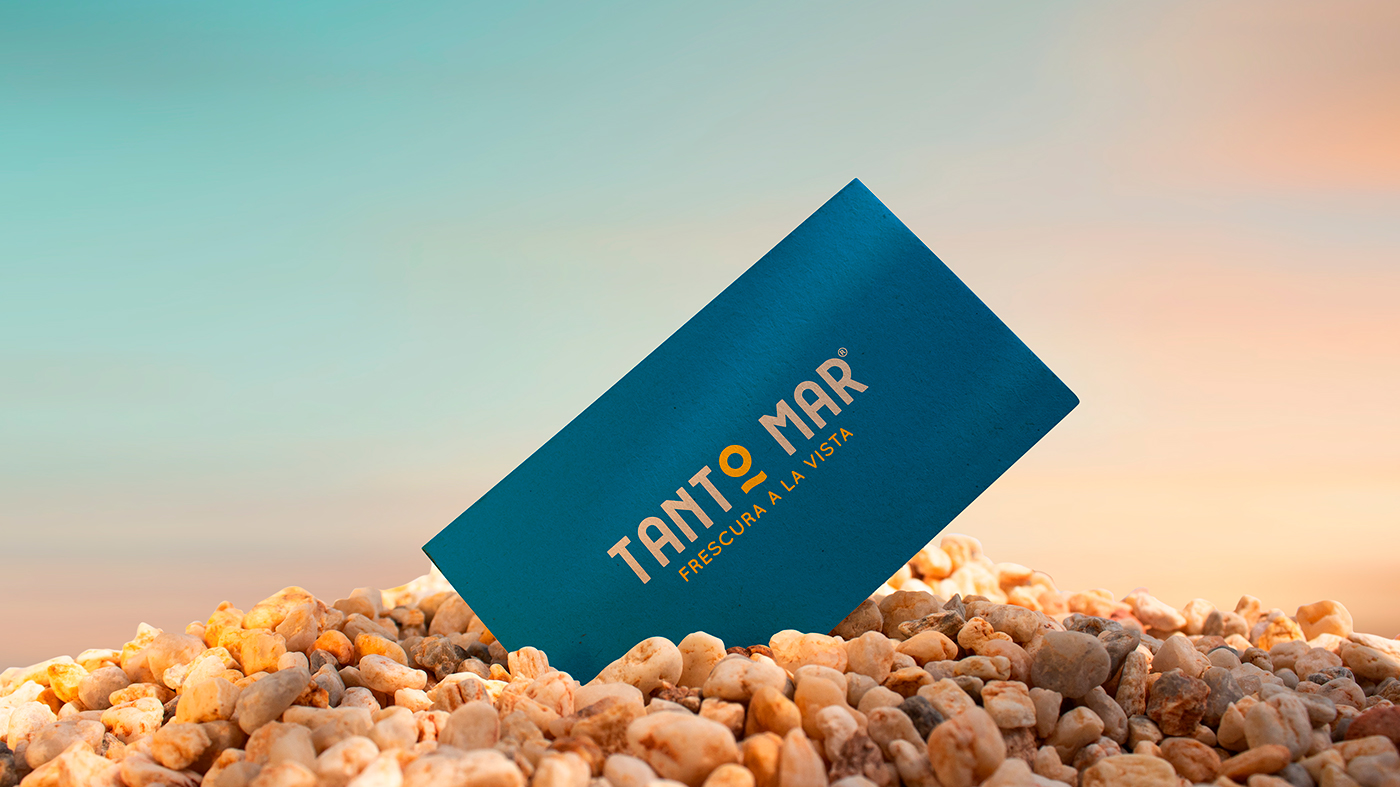 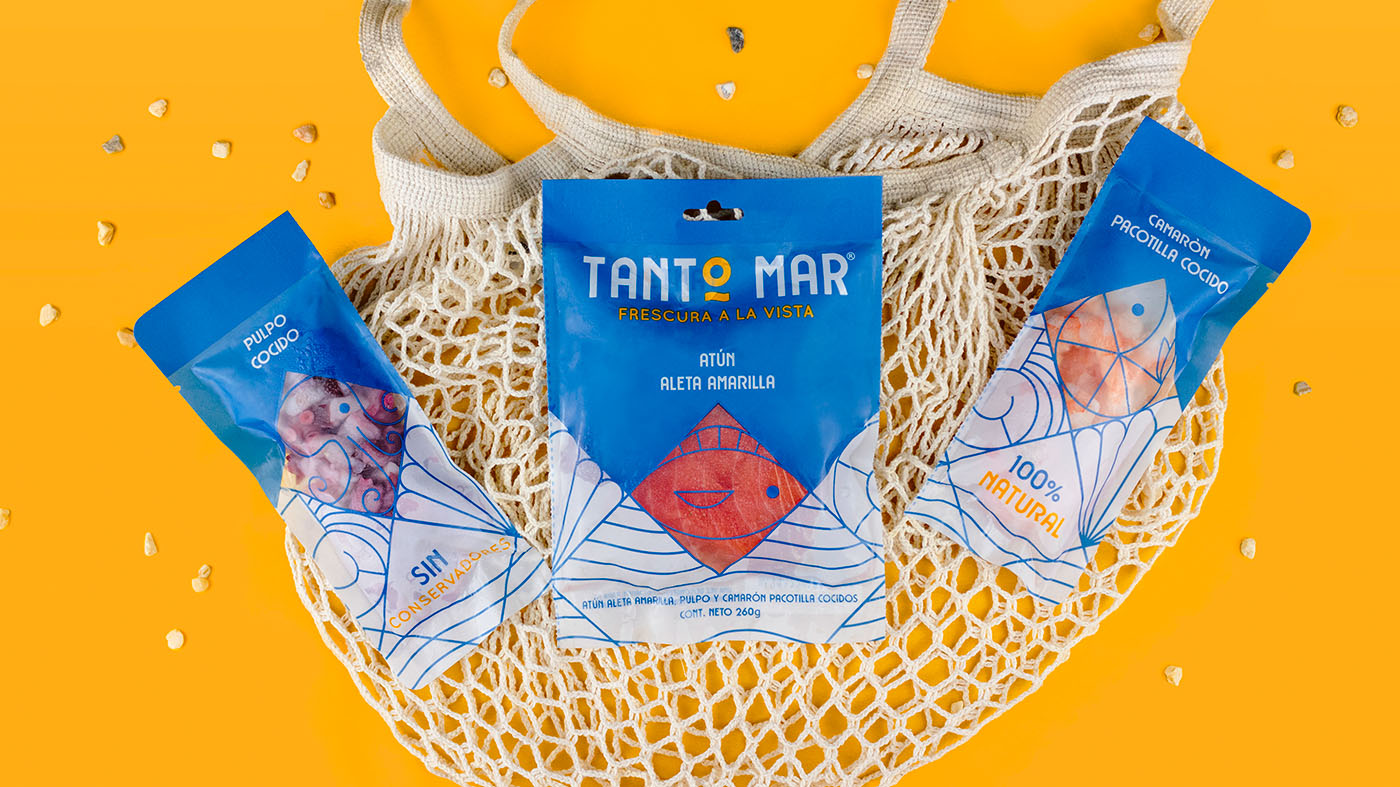 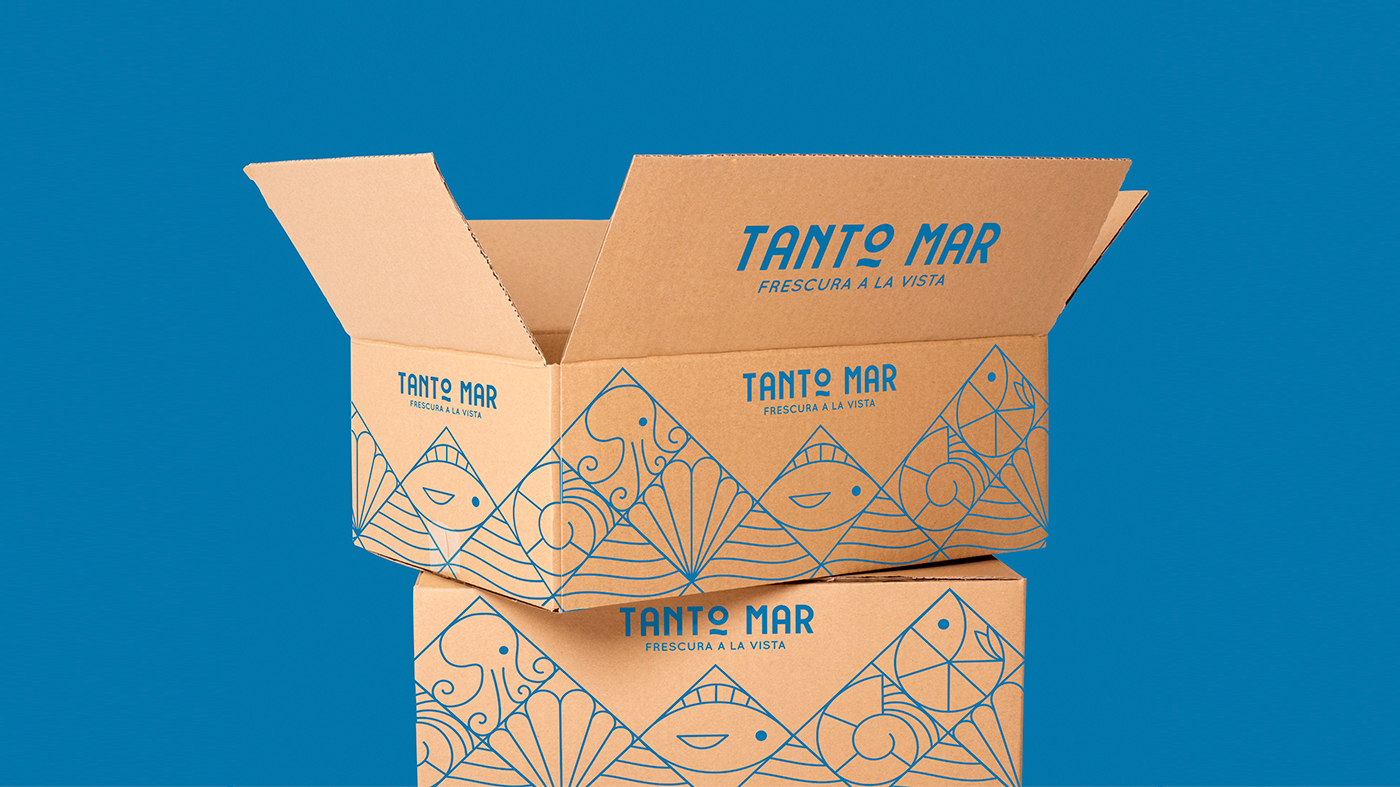 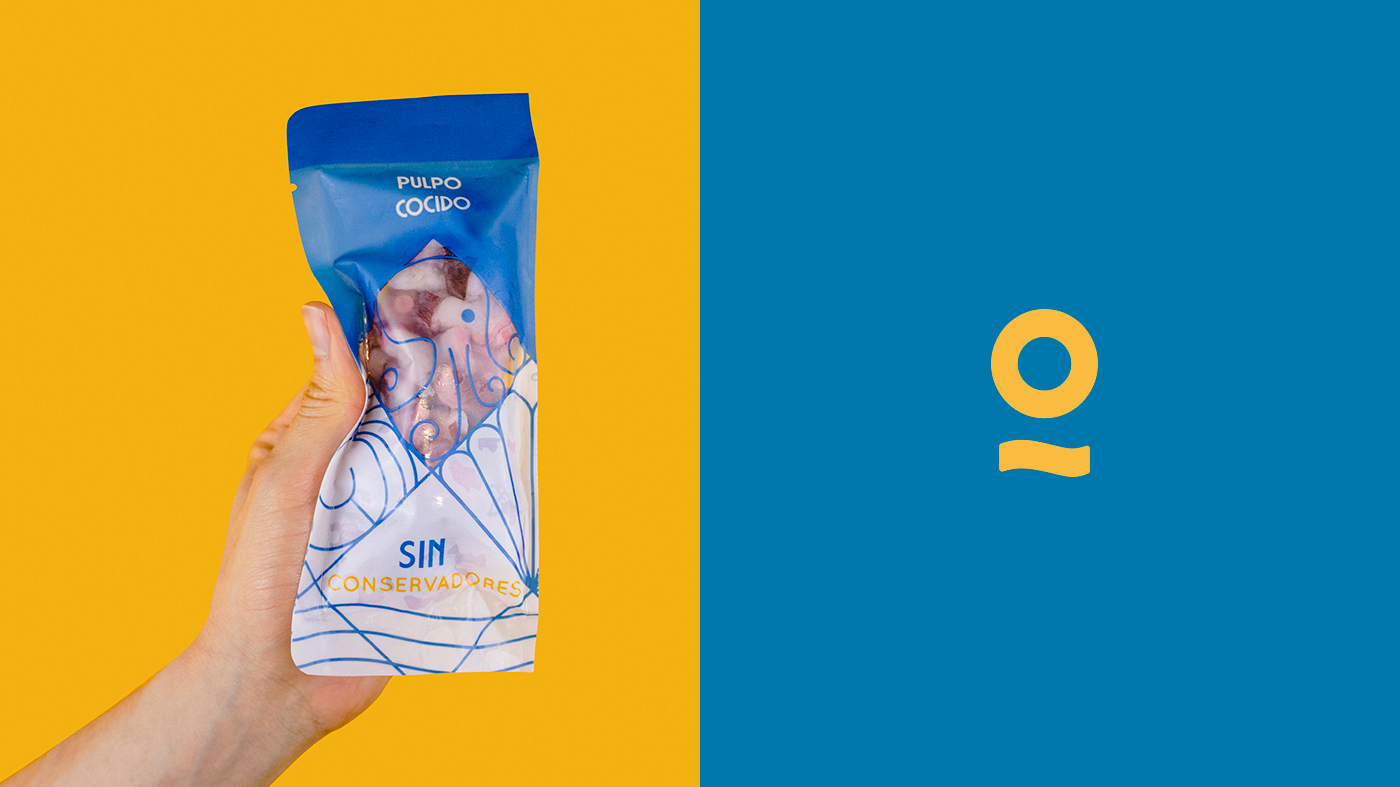 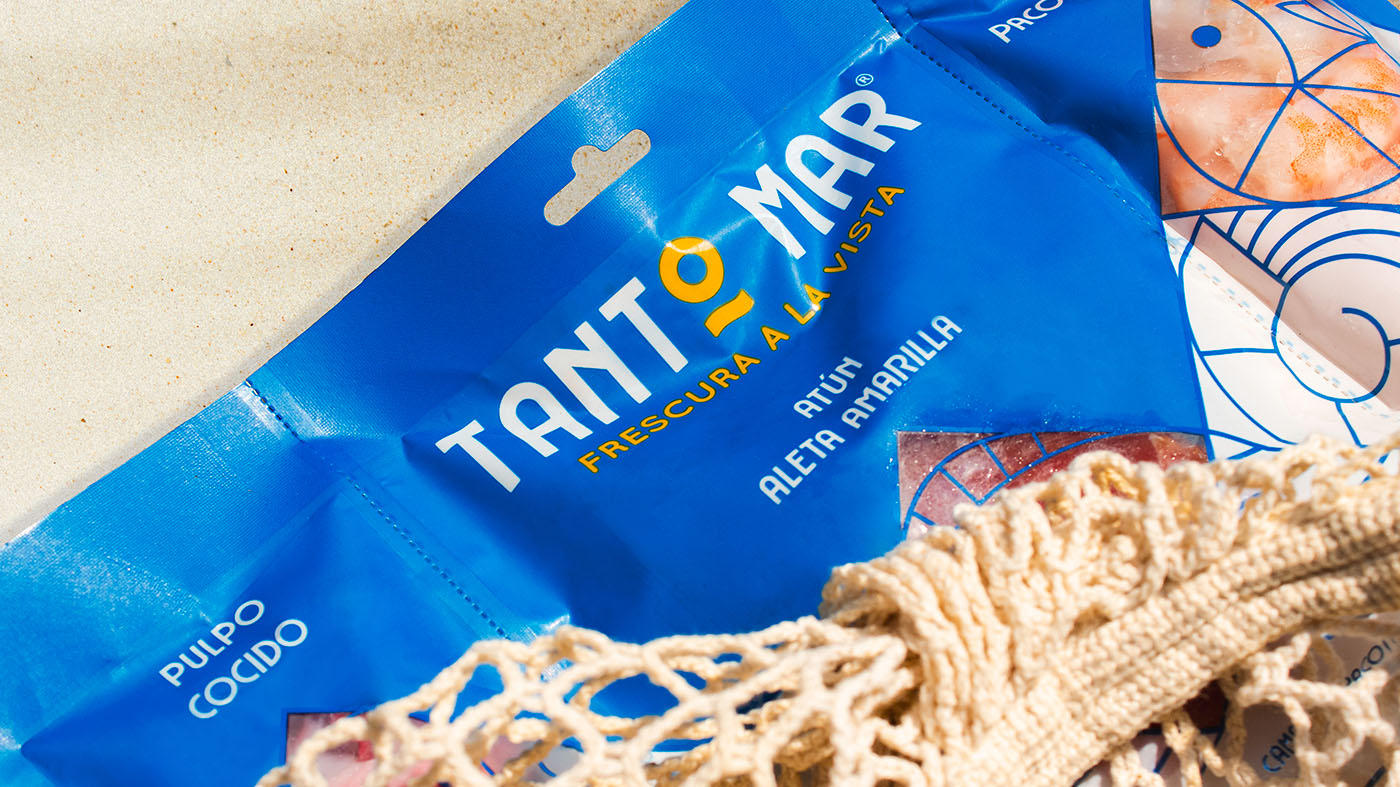 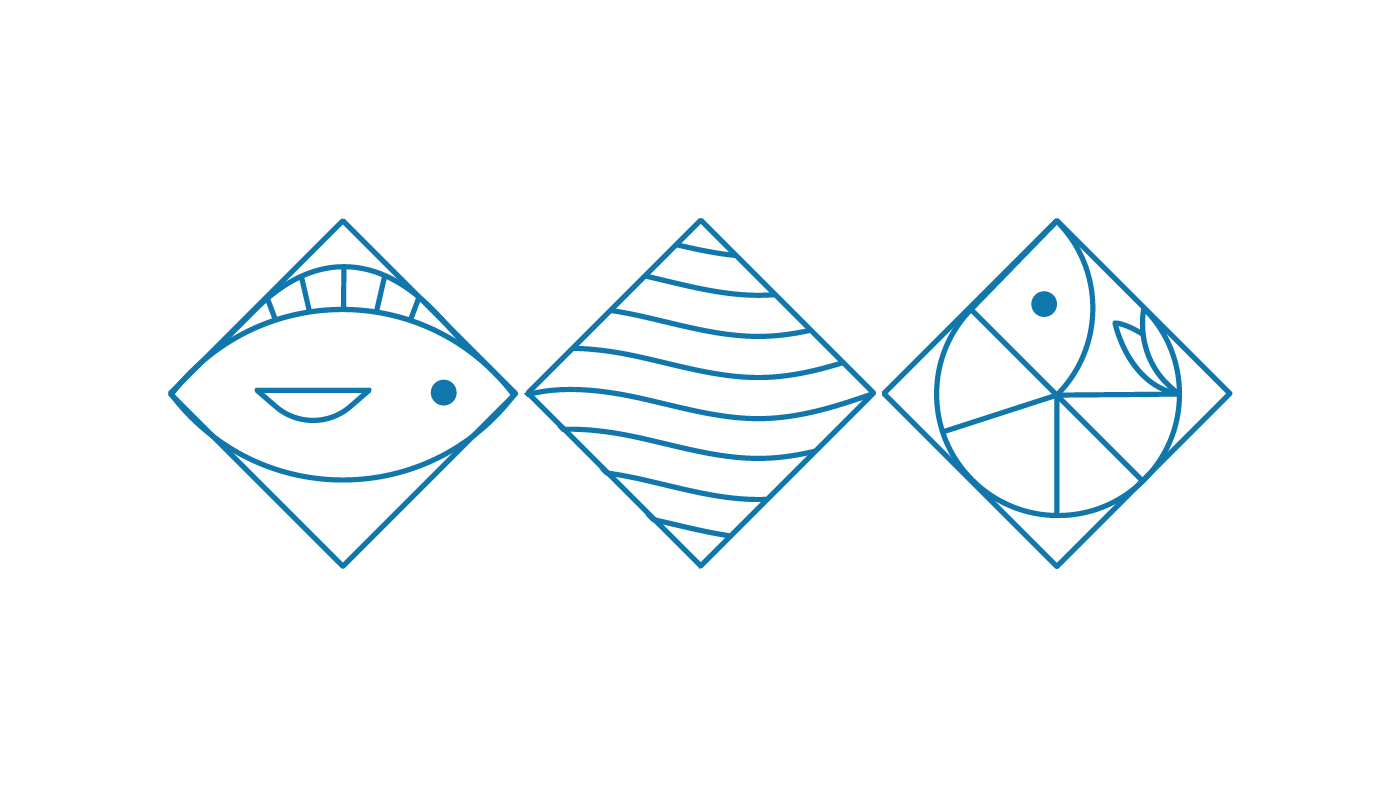 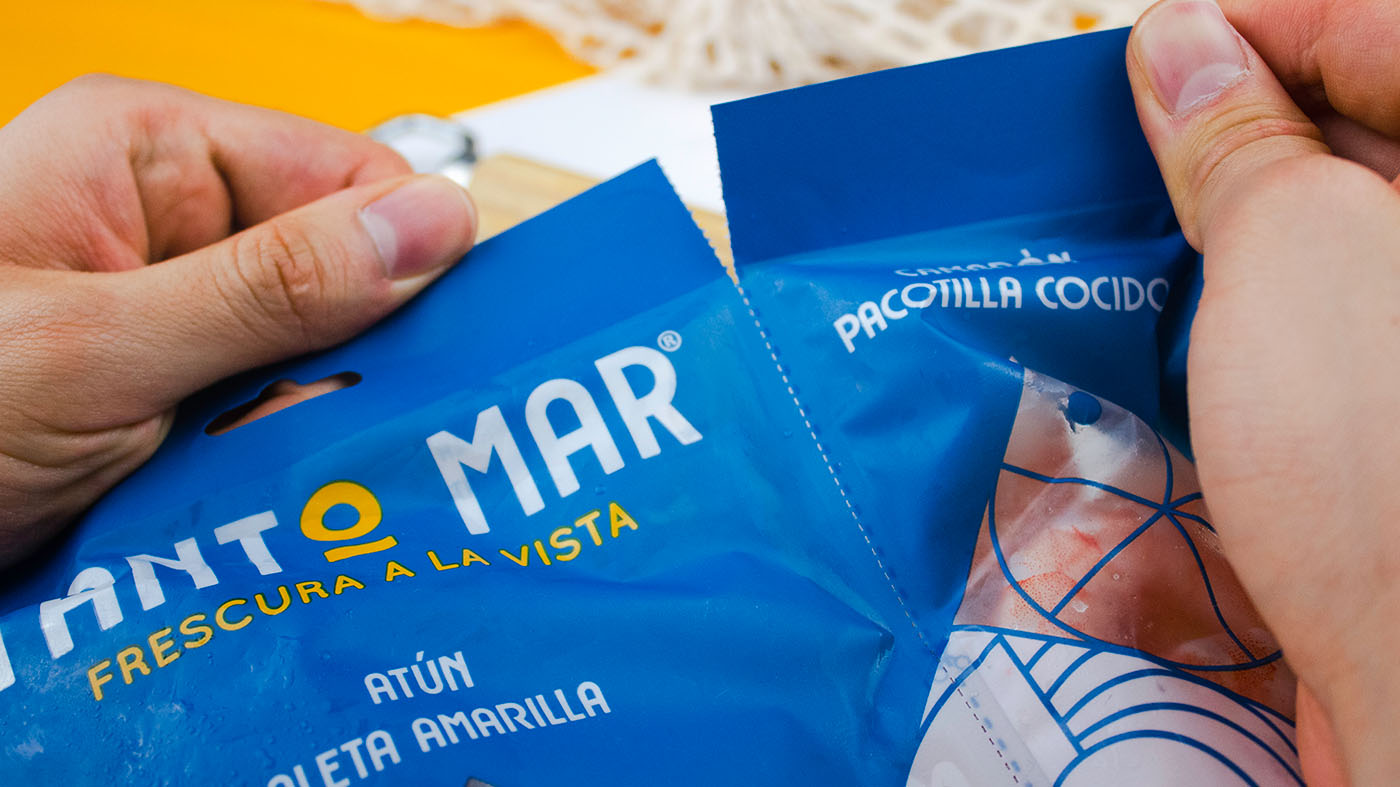 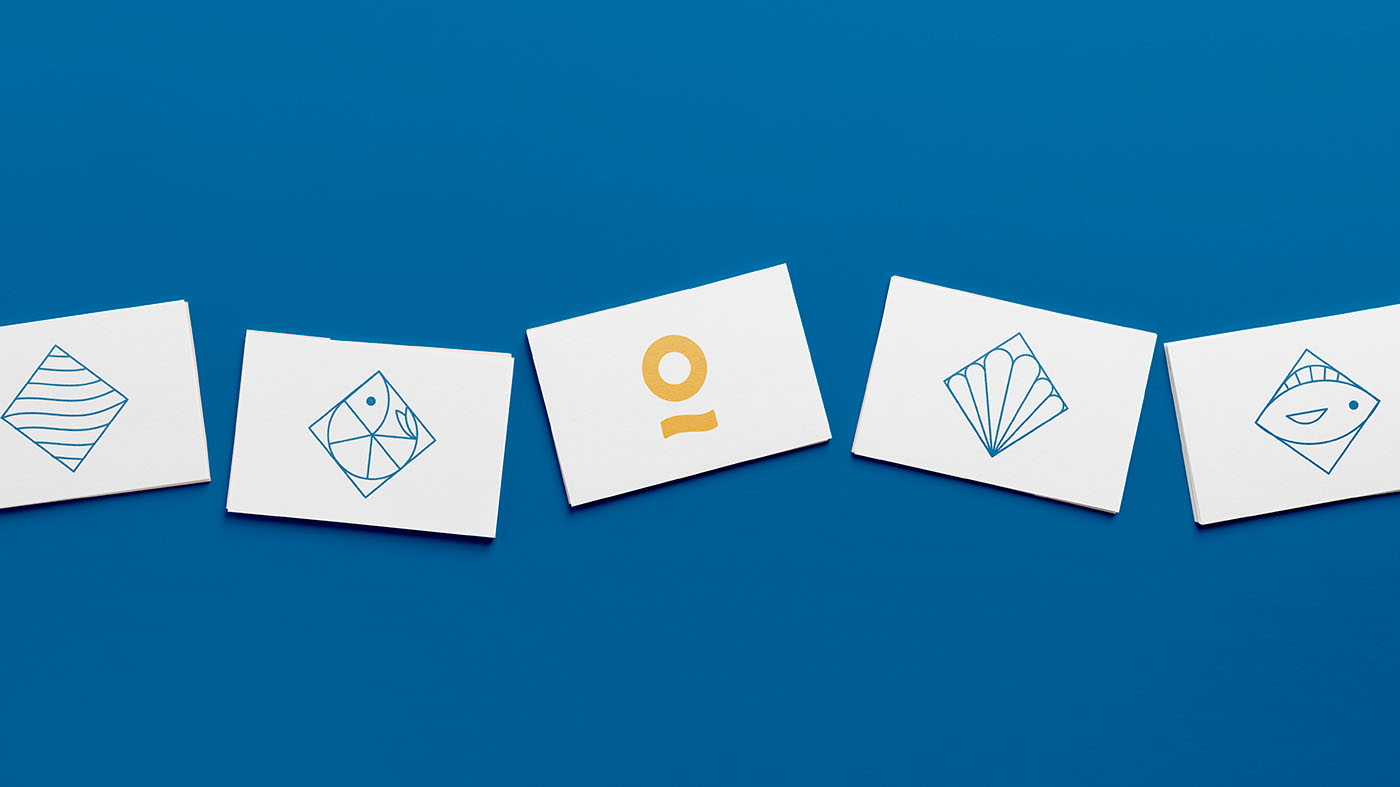 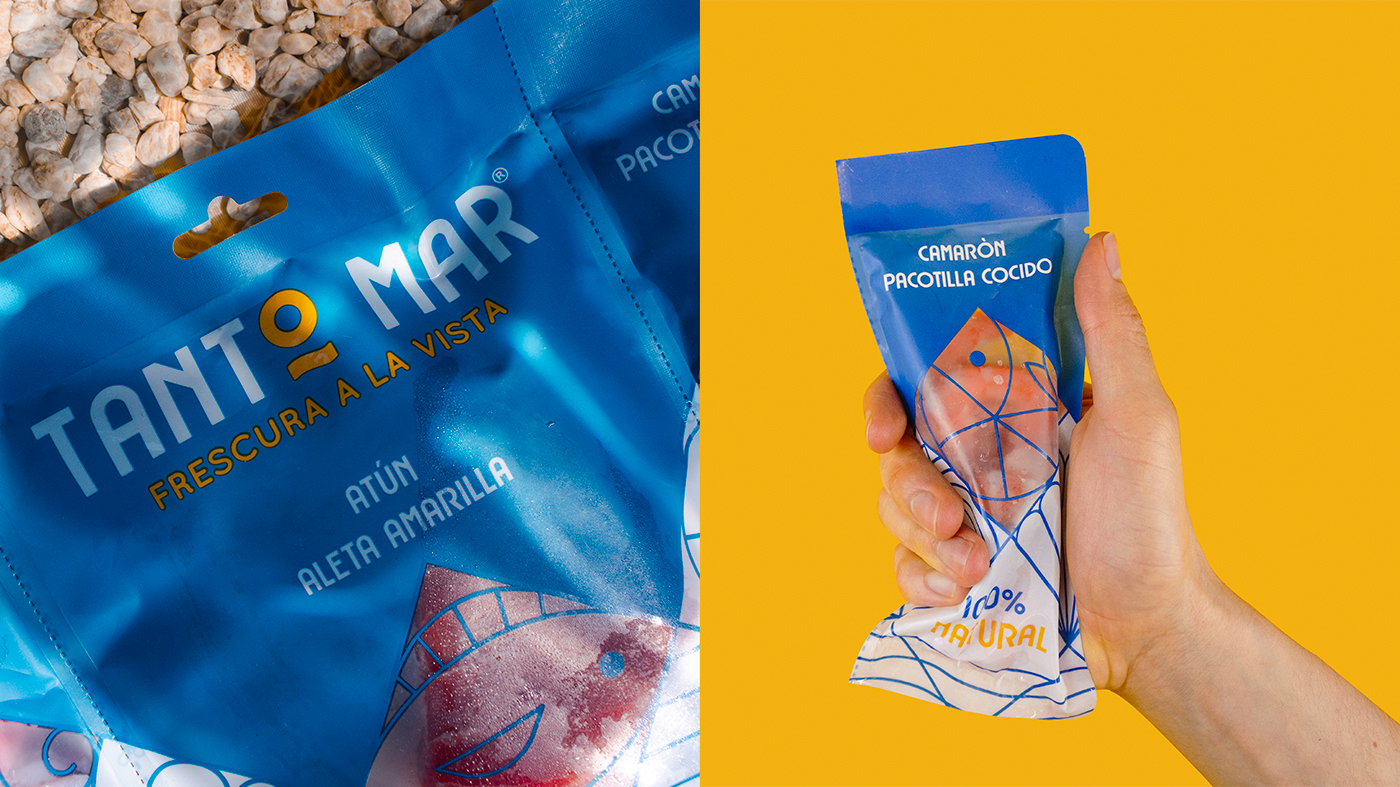 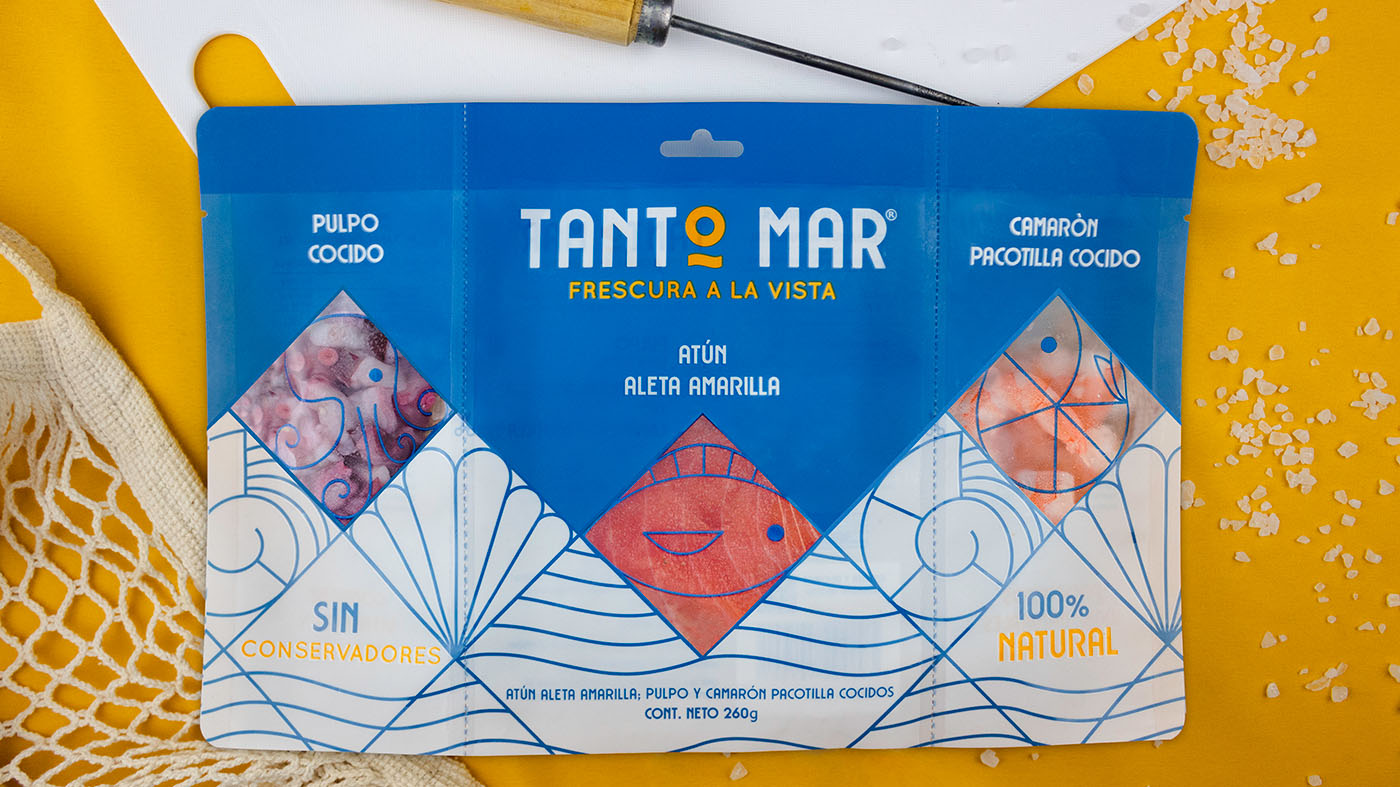 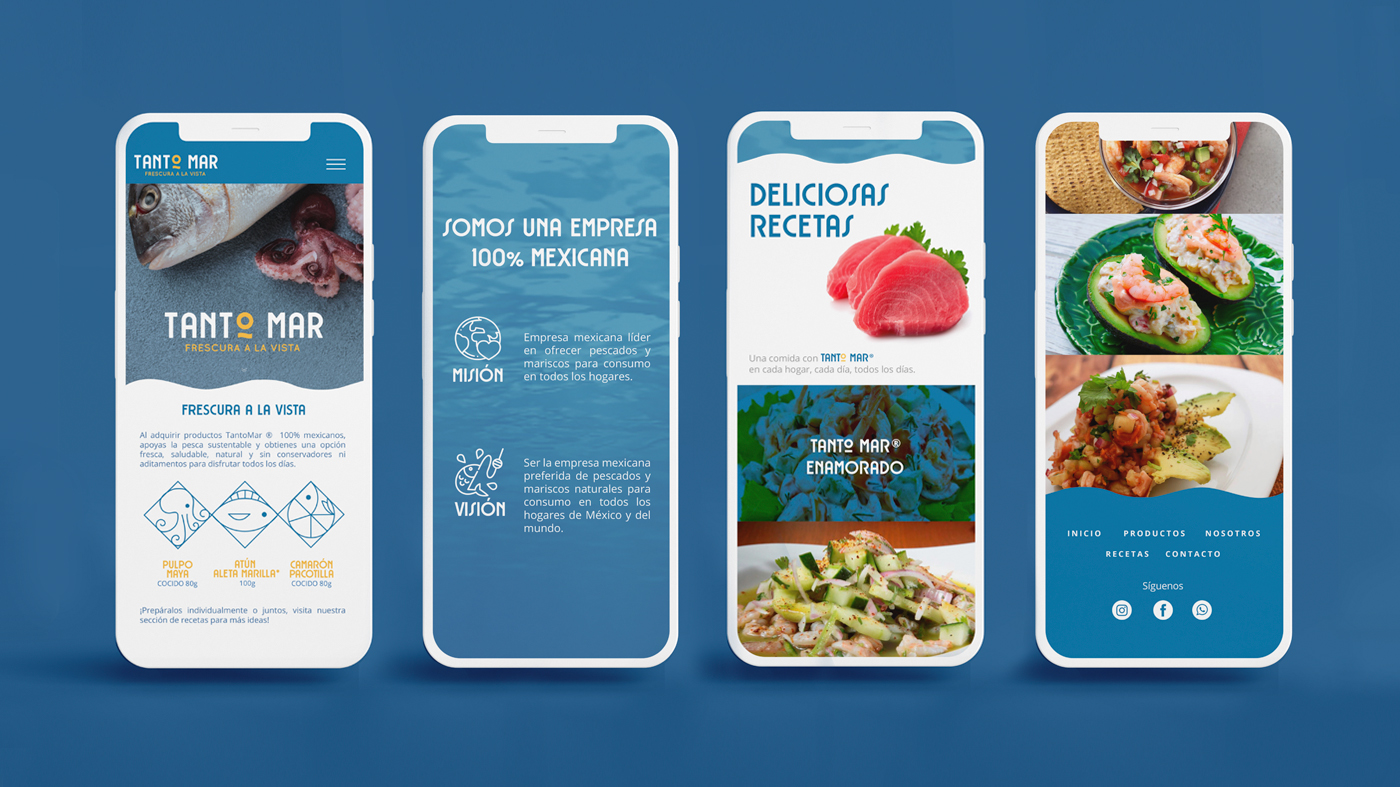 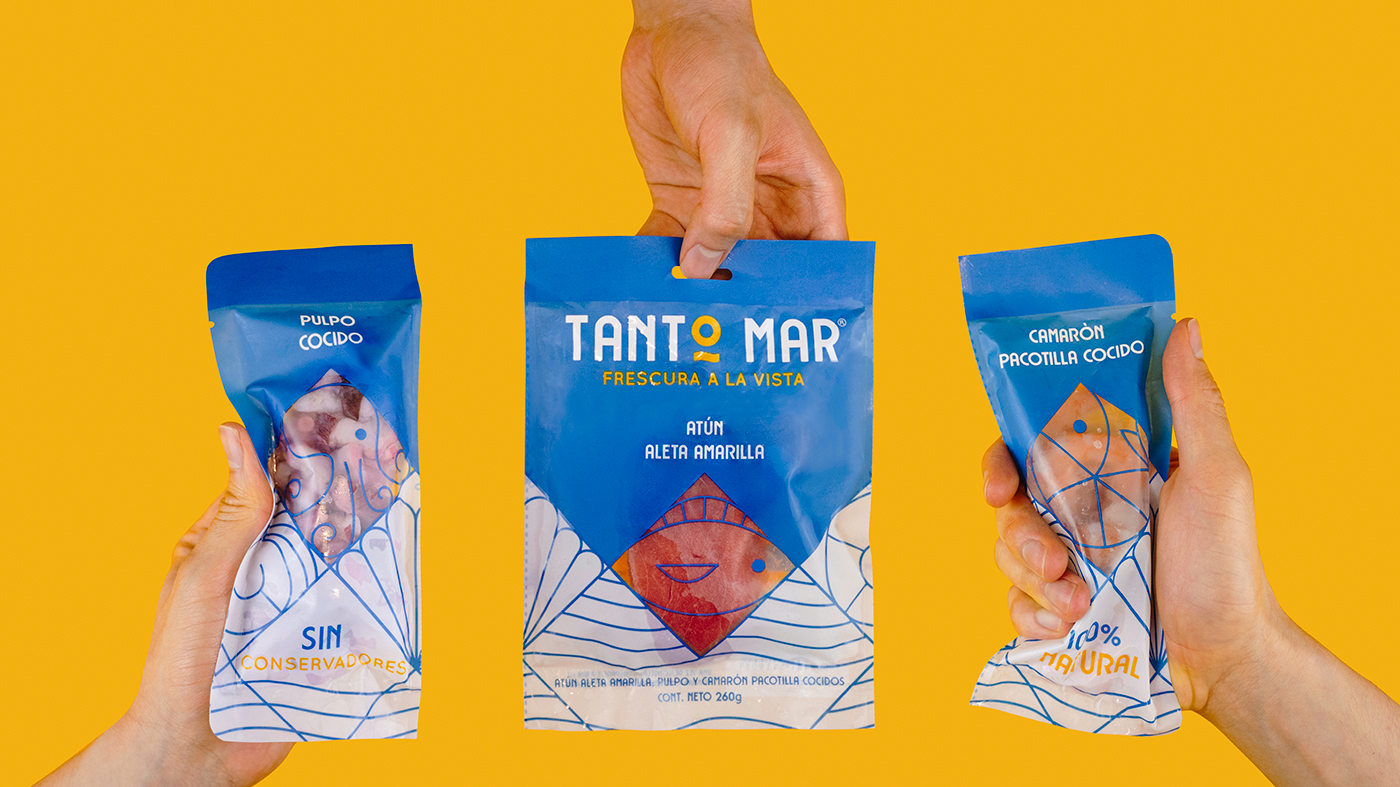